Last June, Spanish art collective Luzinterruptus has installed a labyrinth of plastic waste within Madrid’s Plaza Mayor. In such unique setting, the artists conceived a piece that had something to do with this setting, getting its inhabitants involved. They decided to build a Plastic Waste Labyrinth, similar to the one they had installed in Poland back in 2014 though this time they were going to make it much bigger, more claustrophobic, and built with the bottles that had been consumed in the square during a month. 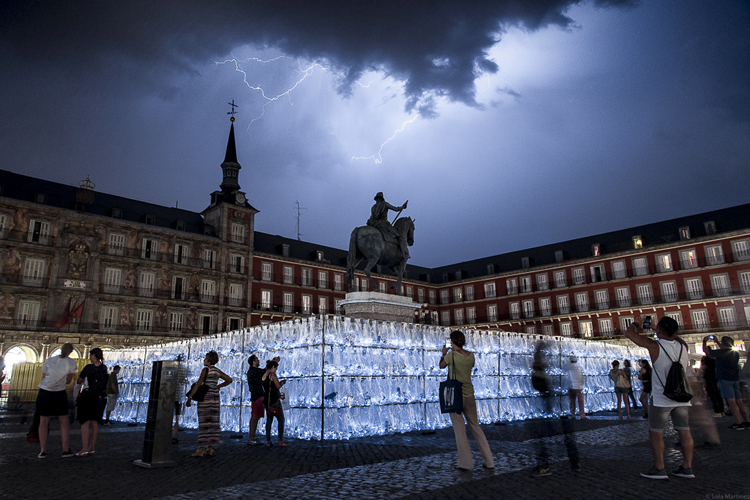 The idea was to graphically visualize the amount of plastic people generates in their daily lives, which often is not recycled accordingly. In order to achieve this, Luzinterruptus designed a structure with an intricate path and narrow passages which force visitors to keep turning, thus producing a feeling of disorientation and a certain unease after a few seconds as it was impossible to guess how far the exit was. There were no reference points in its interior and the heat and the smell of plastic enhanced a definitely oppressive experience. 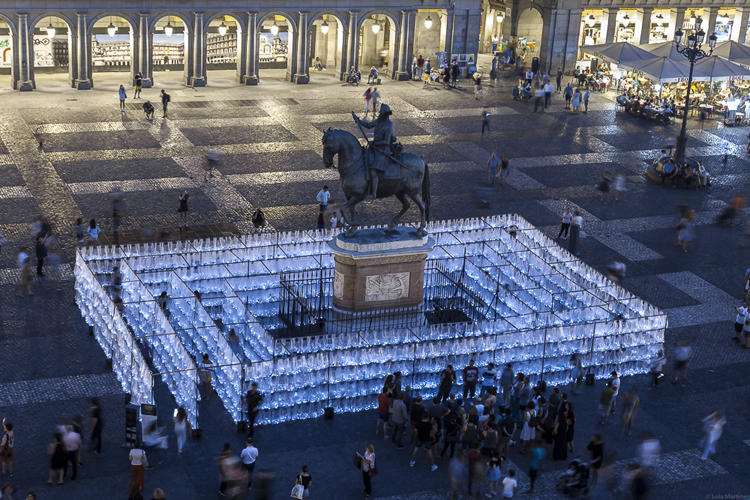 To raise the walls, Spanish artists used around 15,000 bottles to which they added lights and put in bags that they hung from the structure, thus achieving walls that were totally compact and bright. Many people went through the maze which was open day and night for four days. The over 40ºC temperature helped in the mission of creating an asphyxiating setting which stood in stark contrast to the magic of the glazes and the bright colorful reflections of the light filtered through the bottles. 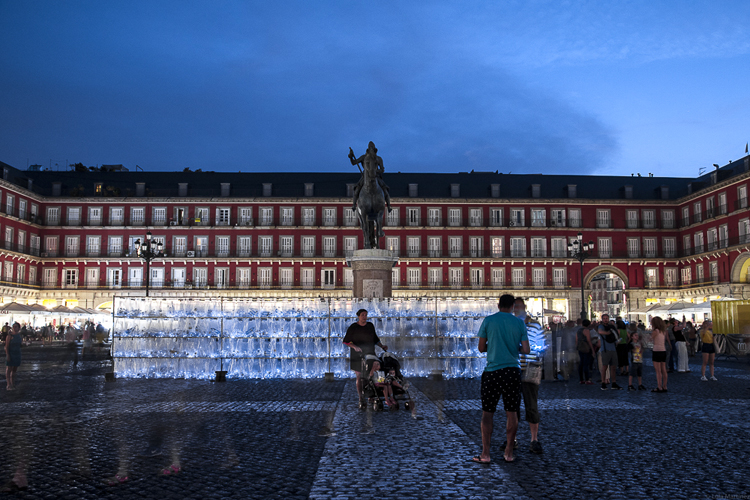 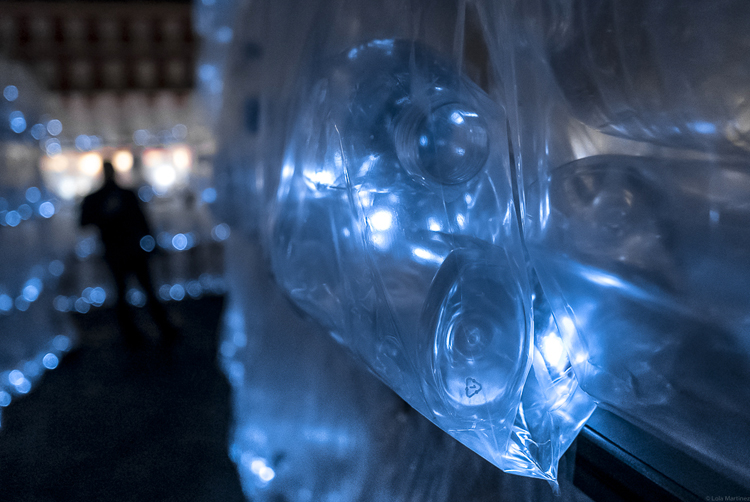 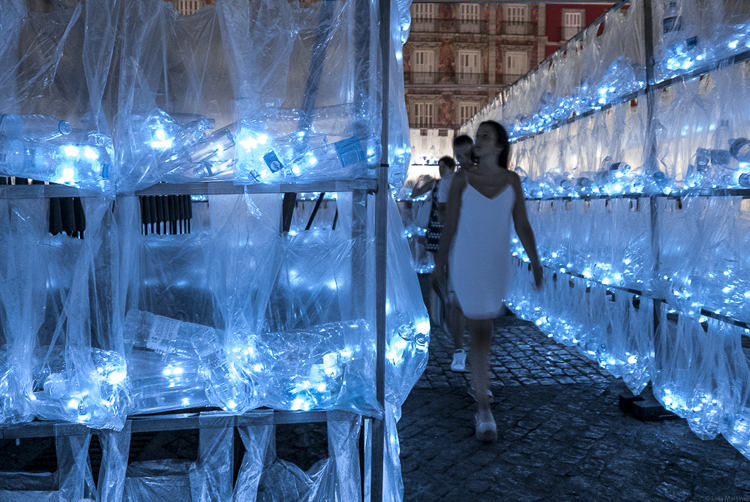 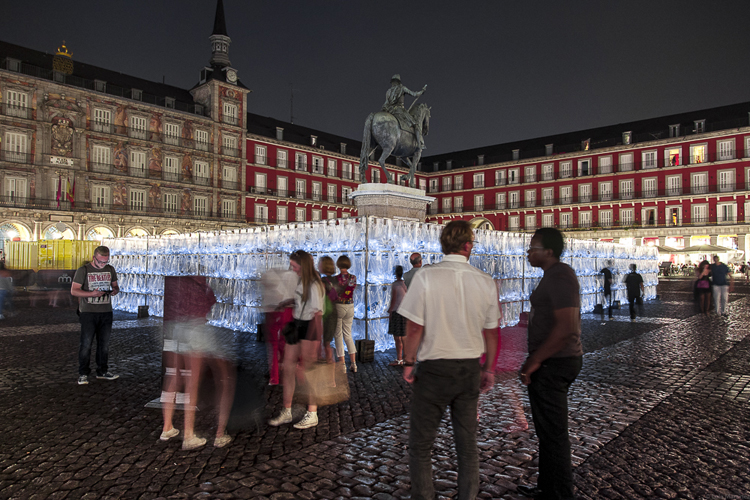 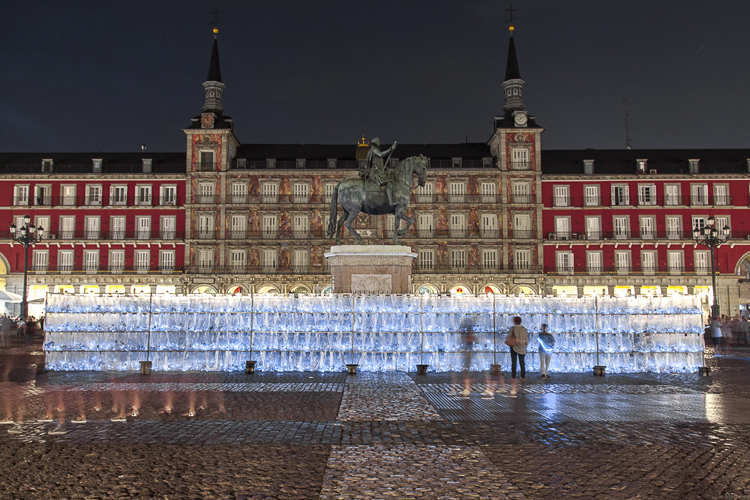 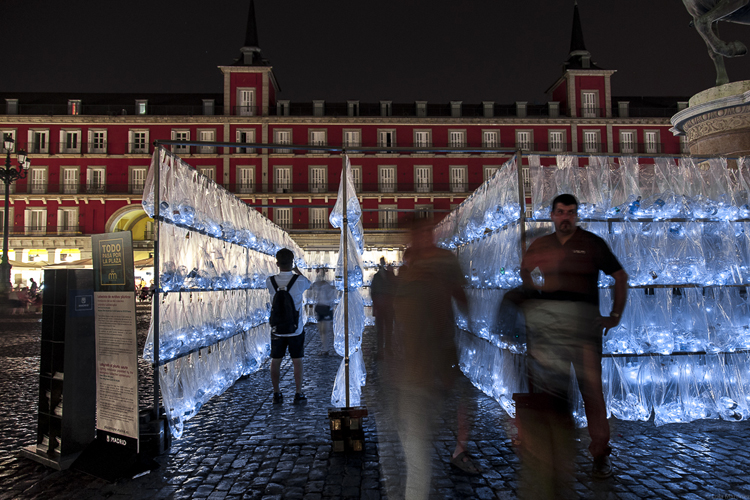