Artist Katrien Vanderlinden has created a colorful basketball court in the Belgian city of Aalst. Inspired by children’s mathematical reasoning game named Logical Blocks, she added simple geometric forms in different sizes and color in between the traditional court markings.

“I was inspired by an image of a box of building blocks. I loved the simple lines and shapes – squares, rectangles, circles, triangles of all sizes – that all fitted in this box,” says the artist. “I like the fact that you can play the basketball game and that this design creates extra spaces for children to make up their own games.” 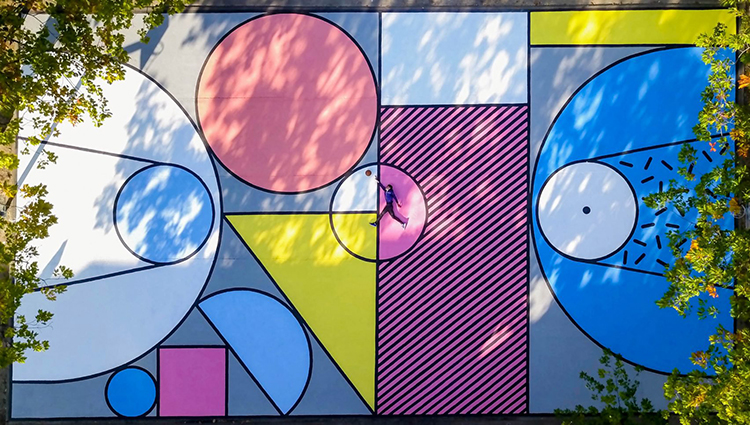 Vanderlinden has conceived the project to be best-seen from above, due to the increasing popularity of drone photography of basketball courts on social media. “Drones are also widespread nowadays, so to make an artwork that can only be viewed as a whole from an aerial point of view isn’t such a crazy idea,” she said.

The ongoing trend has previously seen artist Kaws paint his signature motifs across two basketball courts in New York City and Italian artist Gue transform a basketball court in Alessandria into a colorful piece of art. 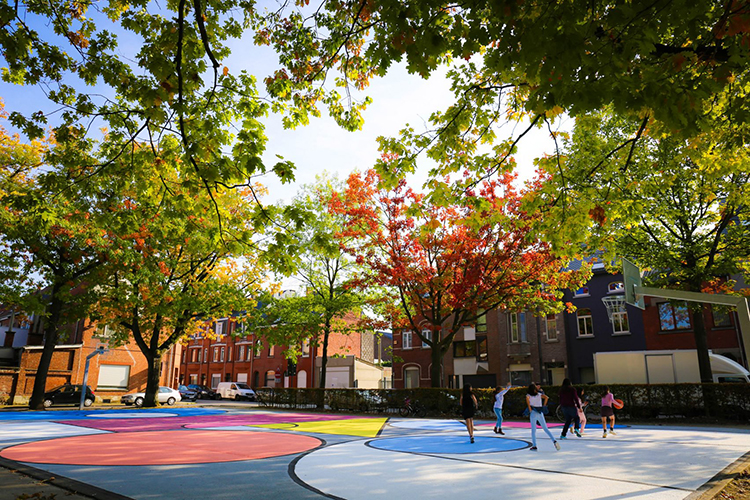 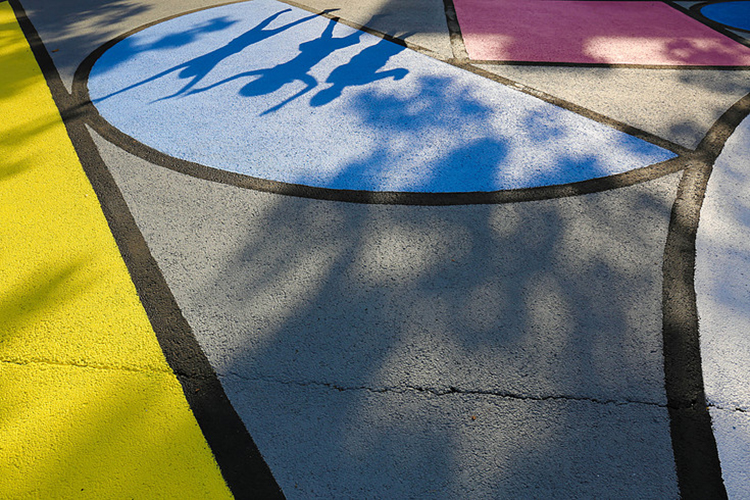 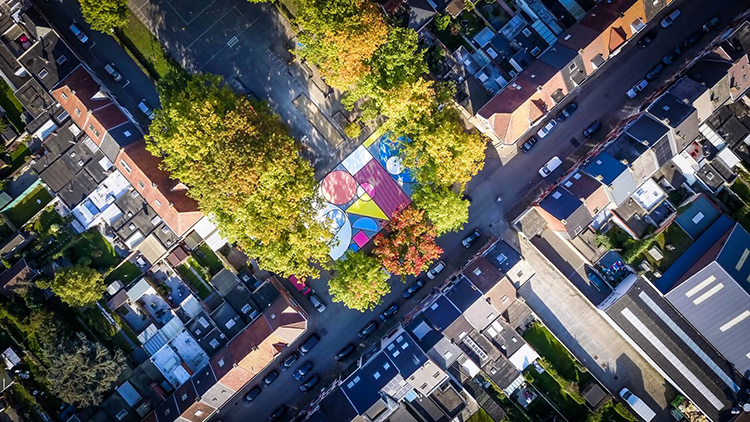 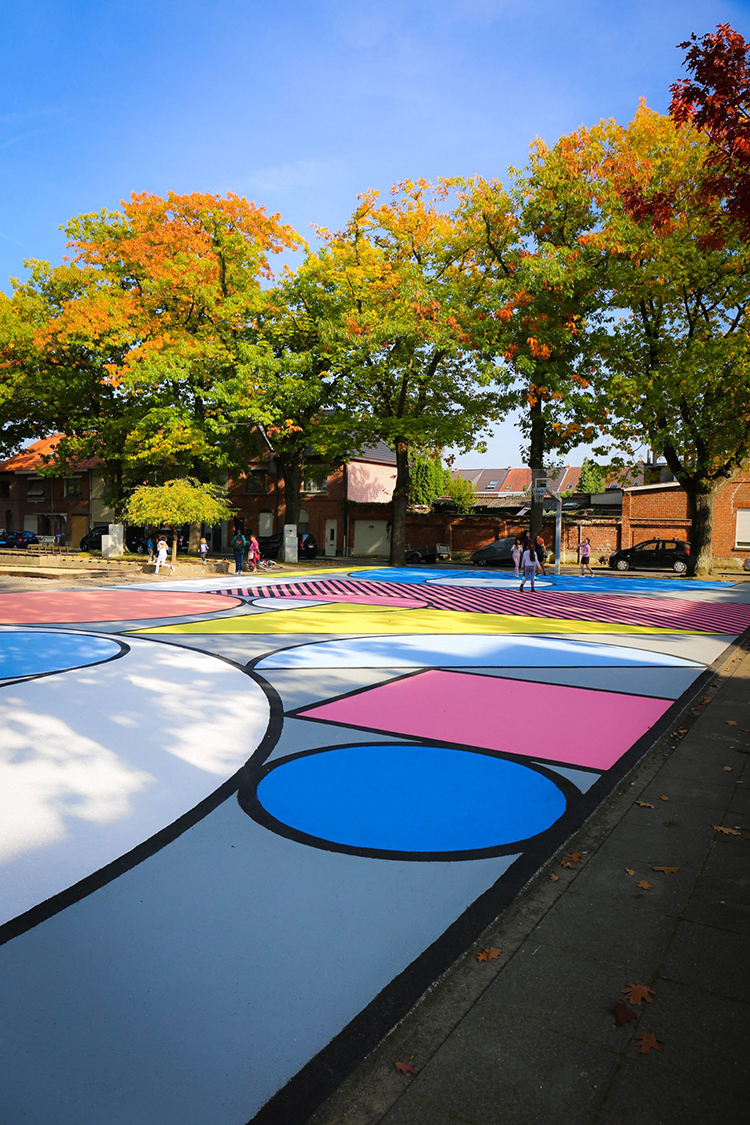 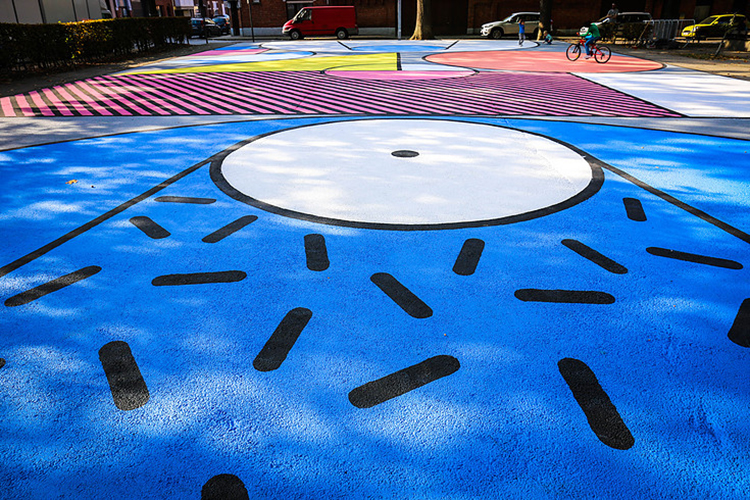 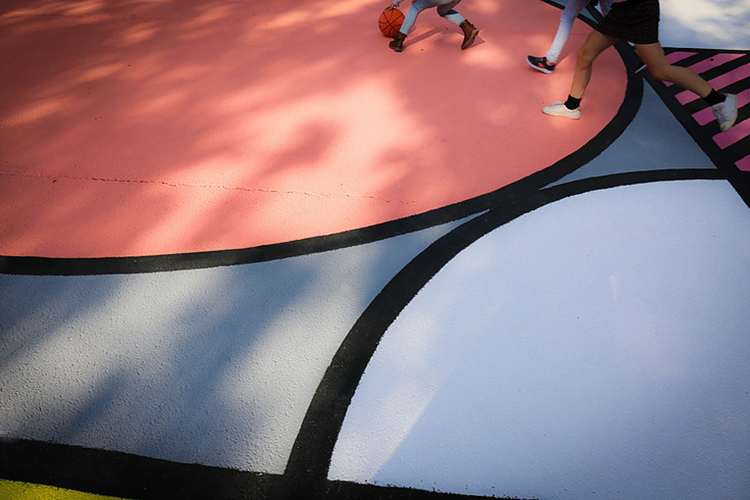 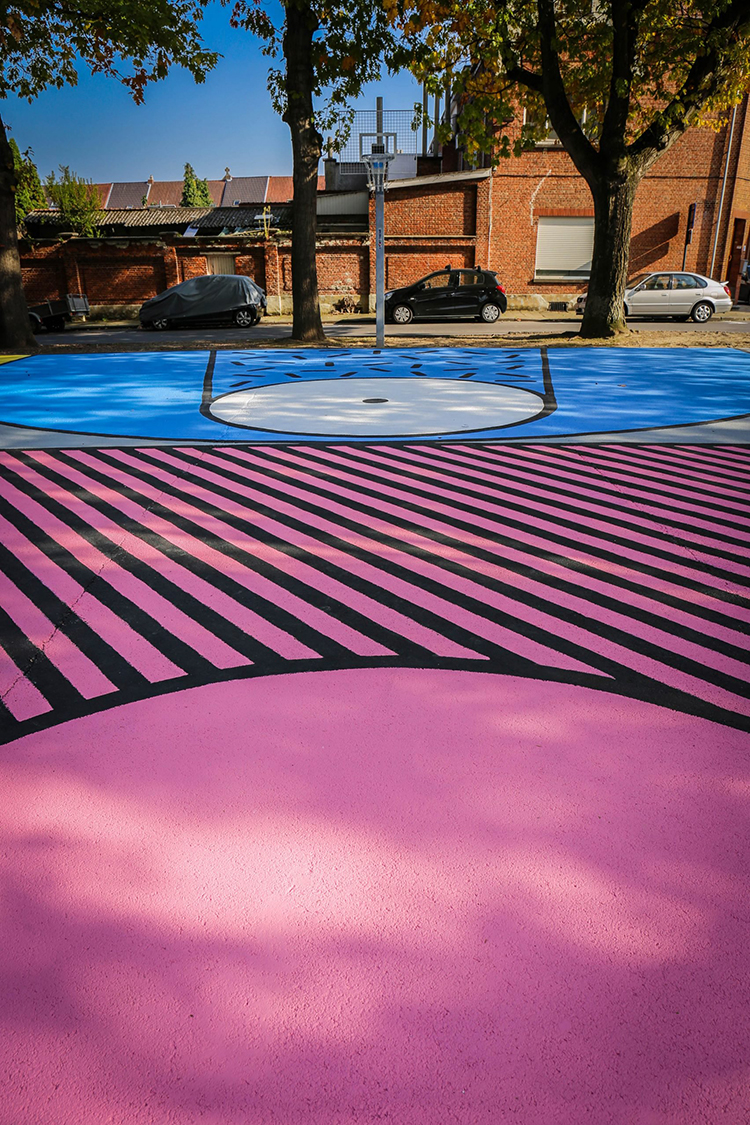 all images courtesy of Katrien Vanderlinden