Dutch Studio Roosegaarde has unveiled  Space, a 90 meters long artwork offering a new experience of light and space at Eindhoven Station in the Netherlands. Artist and innovator Daan Roosegaarde was commissioned by the Municipality of Eindhoven, ProRail and NS (National Dutch Railways) to make an interactive lightwork for the city of Eindhoven, in the restored passenger tunnel of Eindhoven’s train station.

Roosegaarde drew inspiration from his fascination for nocturnal maps of Earth where light sources make men’s presence visible. Daan Roosegaarde: “Light is communication, our language. Walking past the artwork, you experience a new dimension of light, just as an astronaut sees it in an orbit of the earth.” 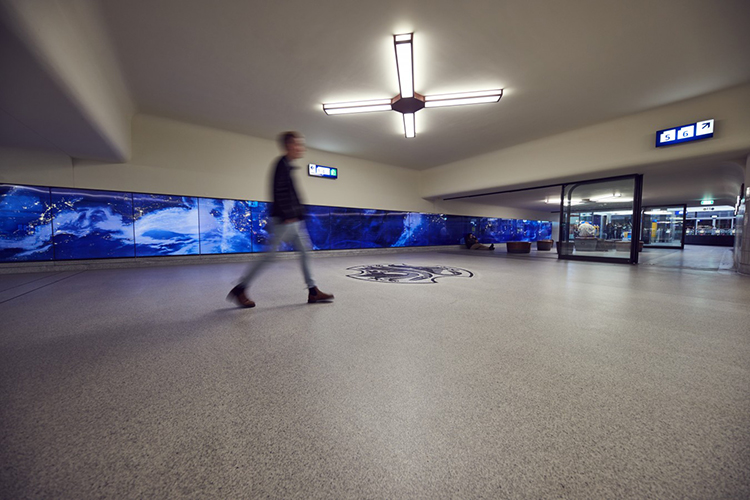 Roosegaarde and his team of designers worked with experts on a specialized printing technique on lenses. The illusion of depth is created through the application of this technique. During months, images of the Earth recorded by NASA space agency satellites were digitally edited into a composite 3D image by Studio Roosegaarde’s team. 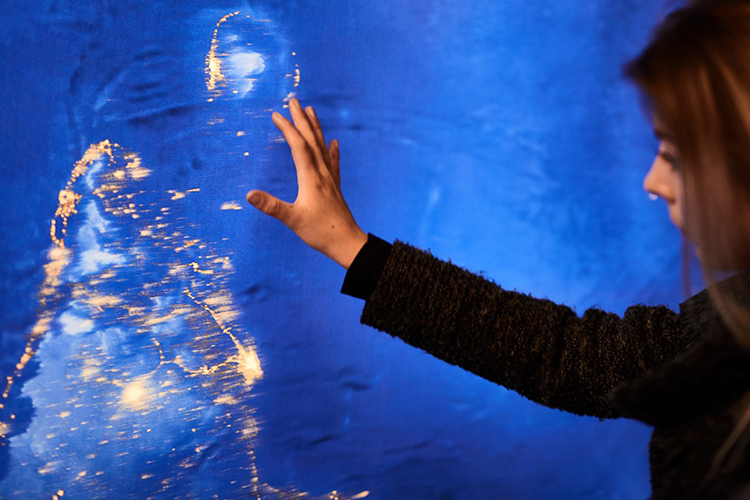 The level of craftsmanship used can be compared to that of frescoes painters. The earth is peeled as an apple making one long strip. The strip is made transparent and laid on the opposite pole, creating an accurate yet abstract image of earth. Thanks to the controlled LED lighting, visitors get an extra layer of the image’s spatiality. Space shows the beauty and impact of light, as shown in the contrast between South and North Korea and the light network around the Nile in Egypt. 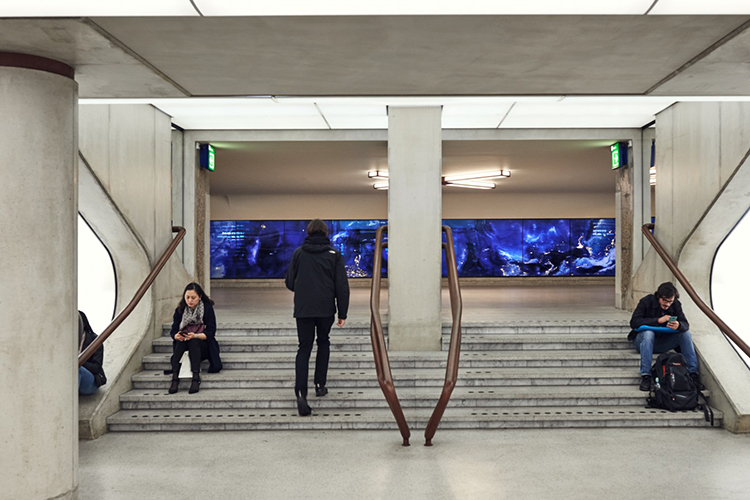 According to the Dutch National Railways Agency which commissions artworks on stations, Space is an asset to the Dutch railways: “We’re looking forward to the installation of a new light artwork in the monumental tunnel at Eindhoven station. For the traveller, this spatial and effective light wall will lend a new dimension of experience to the transformed tunnel. The chosen motif fits perfectly with Eindhoven, the city of light. In line with the Dutch railway, it establishes a poetic link to the technical networks that connect us worldwide.”

all images and video courtesy of Studio Roosegaarde