Near the statue of Jan Van Eyck, Skyscraper (the Bruges Whale) rises up from the Bruges canals as part of the 2018 Bruges Triennial. The gigantic sculpture designed by Brooklyn-based architecture and design firm StudioKCA is more than just a representation of a whale; the animal is made of waste, collected from the plastic soup that floats on the seas and oceans of the world.

Working with volunteers from the Hawaii Wildlife Fund and the Surfrider Foundation, StudioKCA combed the beaches of Hawaii to gather up the waste. The installation was built out of those finds. StudioKCA seeks this way to draw attention to the universal problem of pollution that affects us all, and to make viewers aware that individual action is necessary. 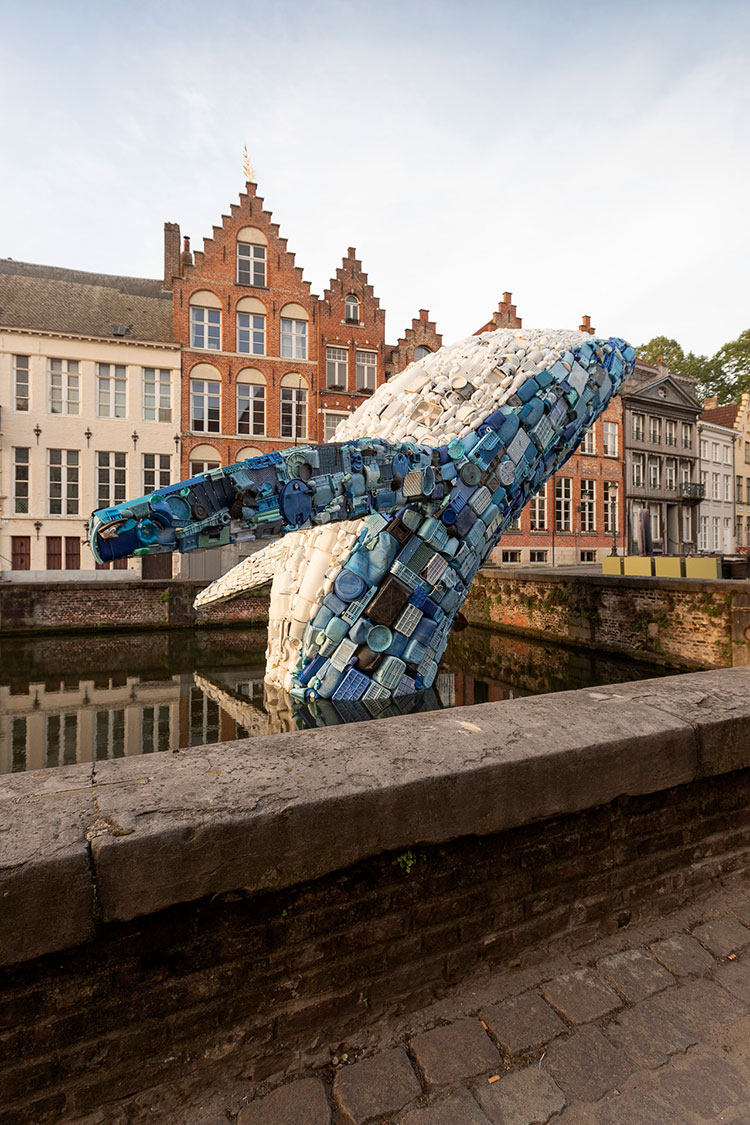 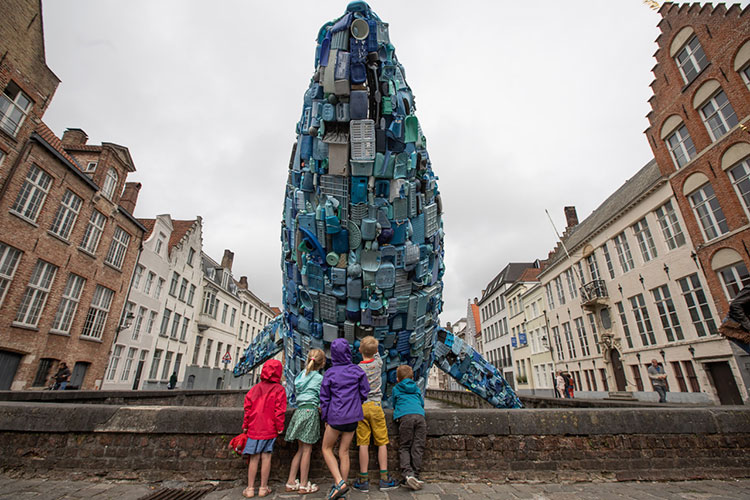 The organizers of the 2018 Bruges Triennial, a free, public event held throughout the city of Bruges from May through September, approached the studio to create an artwork interpreting the idea of the “liquid city”, a concept that defines the city as an ever-changing set of consumer transactions, whose identity is in flux as cities grow more and more connected through globalization. 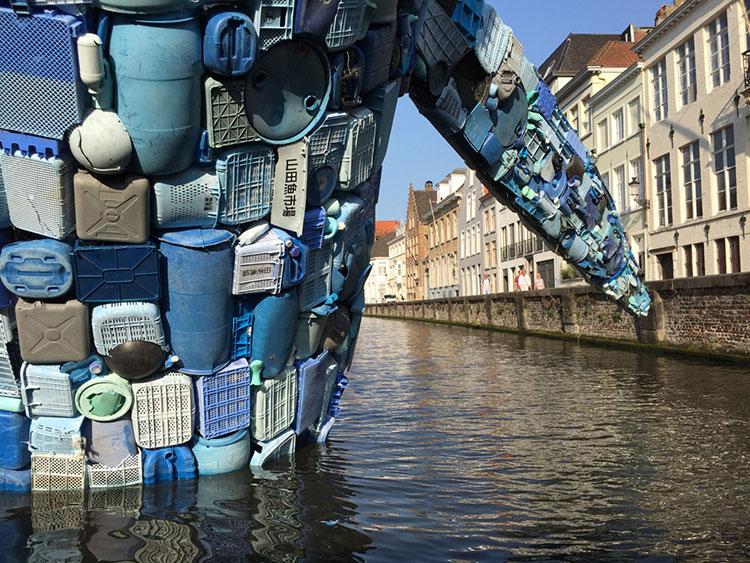 “Our first thought led us to thinking about the biggest liquid city on the planet (the ocean), how it connects us all, and how the waste produced and consumed in our cities, specifically plastic waste, ends up in the ocean,” explains StudioKCA. “So, we proposed collecting as much plastic waste out of the oceans that we could in 4 months, and shaping that waste into Skyscraper, an almost 4 stories tall whale pushing out of one of Bruges’ main canals, and arching over historic Jan Van Eyck Square at the city’s center.” 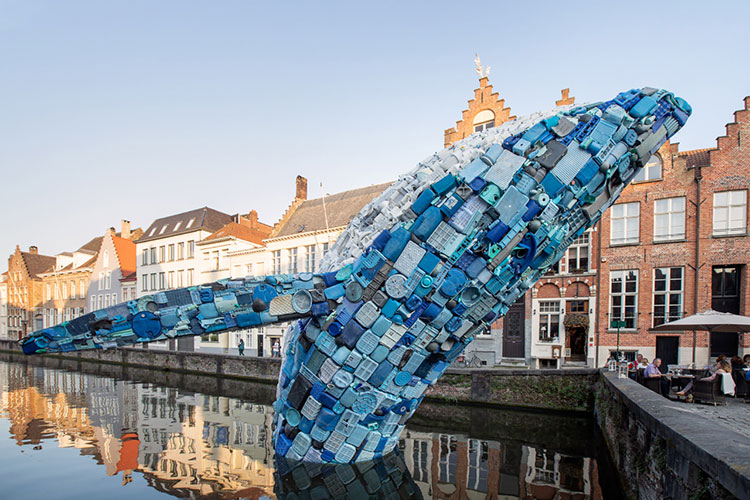 “A whale, breaching from the water, is the first ‘Skyscraper of the Sea’, and as the largest mammal in the water, it felt like the right form for our piece to take in order to show the scope and scale of the problem,” adds the studio. “Also, we were able to pull over 5 tons of plastic out of the ocean in a very short period of time, which means we have material for something large.” 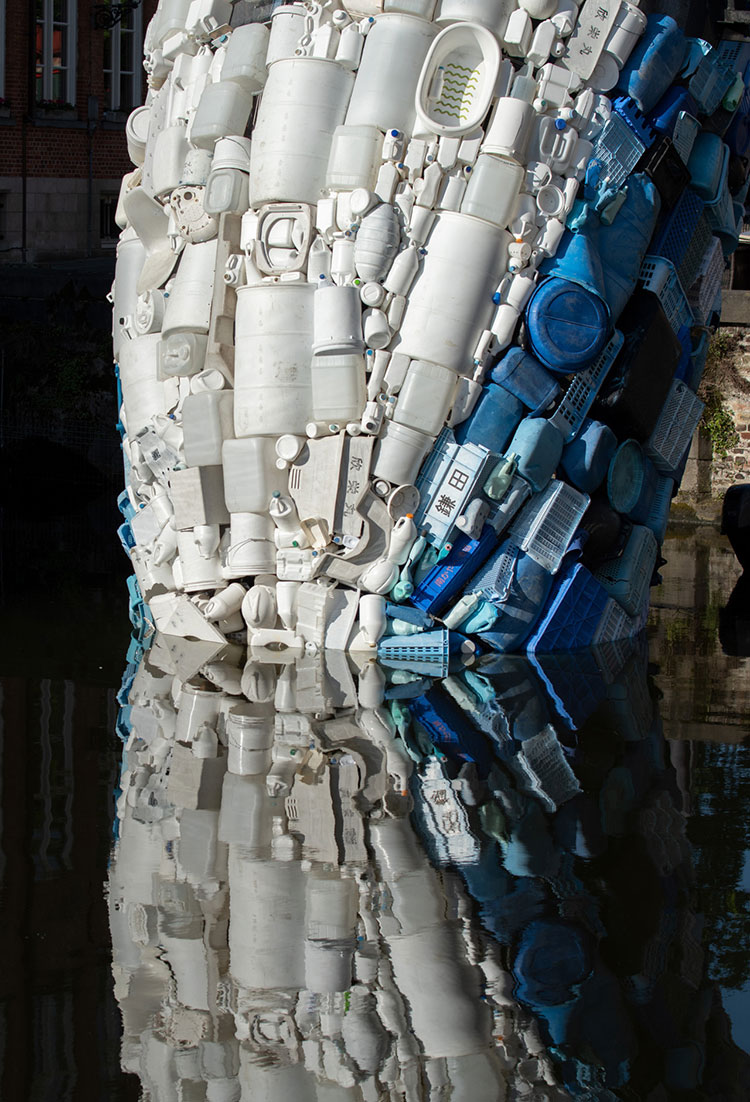