The Central Feature sculpture at the Goodwood Festival of Speed is the ultimate expression of design, engineering and speed and epitomises both the event and its celebrated marque, Porsche.

The creation of British artist and designer Gerry Judah, who has been masterminding the Central Features at the Festival of Speed for 21 years, the sculpture stands impressively in front of Goodwood House and at 52m high, towers above the entire event. 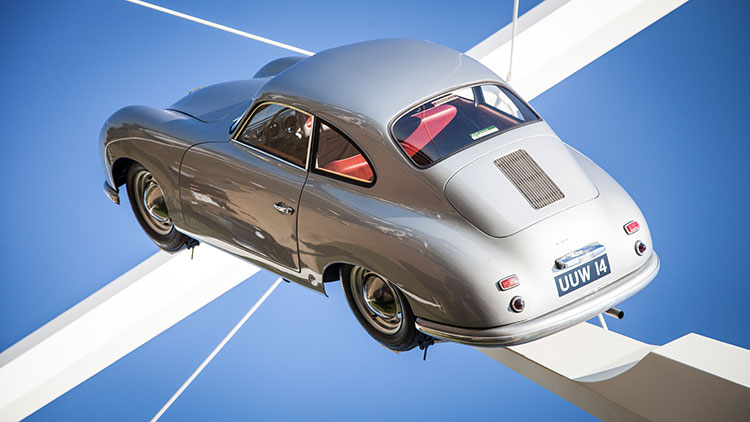 One single, narrow spine, starting at only 12cm wide on the ground, shoots vertically to explode into seven pointed spindles, on which six iconic Porsches sit dramatically at each end, with the seventh spindle pointing sharply into the sky. Big, brave and original, the 2018 Central Feature embodies both Porsche’s engineering excellence and the speed and dynamism synonymous with the Goodwood Festival of Speed. 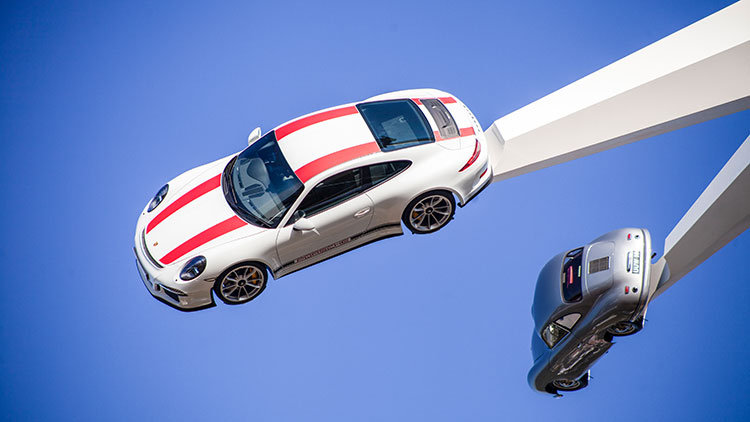 The design and creation of the Central Feature is a complex process, starting with initial concepts and sketches by Judah with extensive collaboration from engineers Diales, culminating in the construction and erection by Littlehampton Welding. 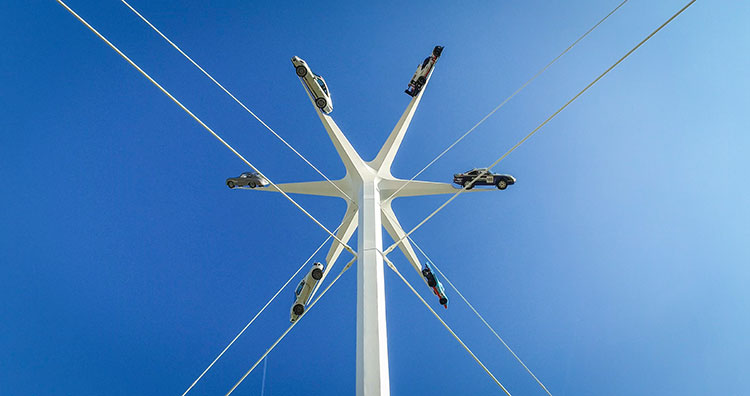 Gerry Judah’s other installations can be seen in settings as varied as the Imperial War Museum, St Paul’s Cathedral and the India High Commission as well as international locations such as Mexico, New Zealand, South Korea and an entrance sculpture outside the Porscheplatz Museum in Zuffenhausen, Stuttgart. 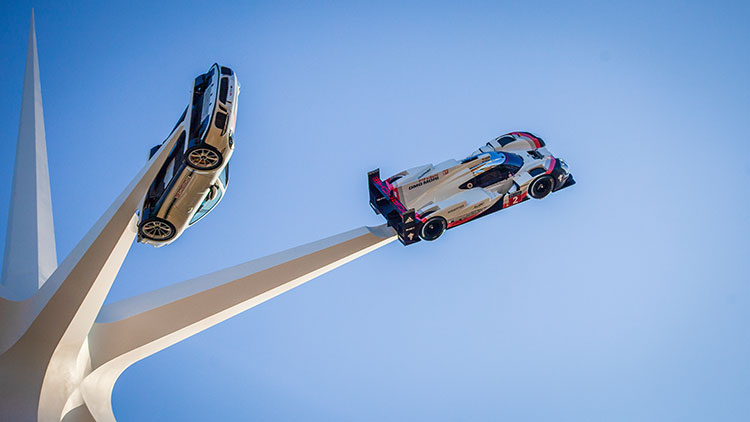 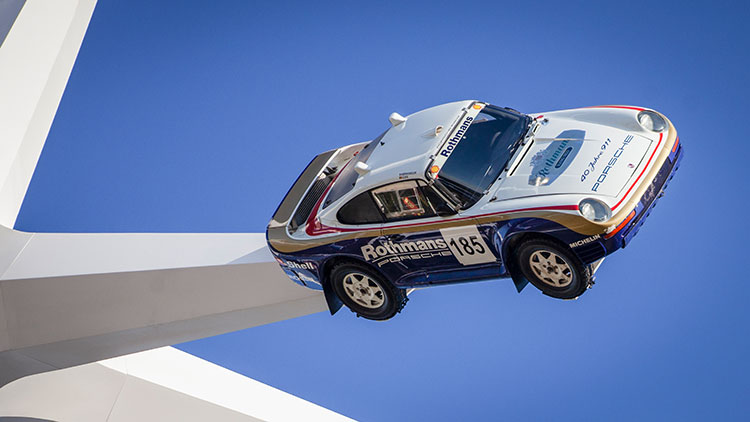 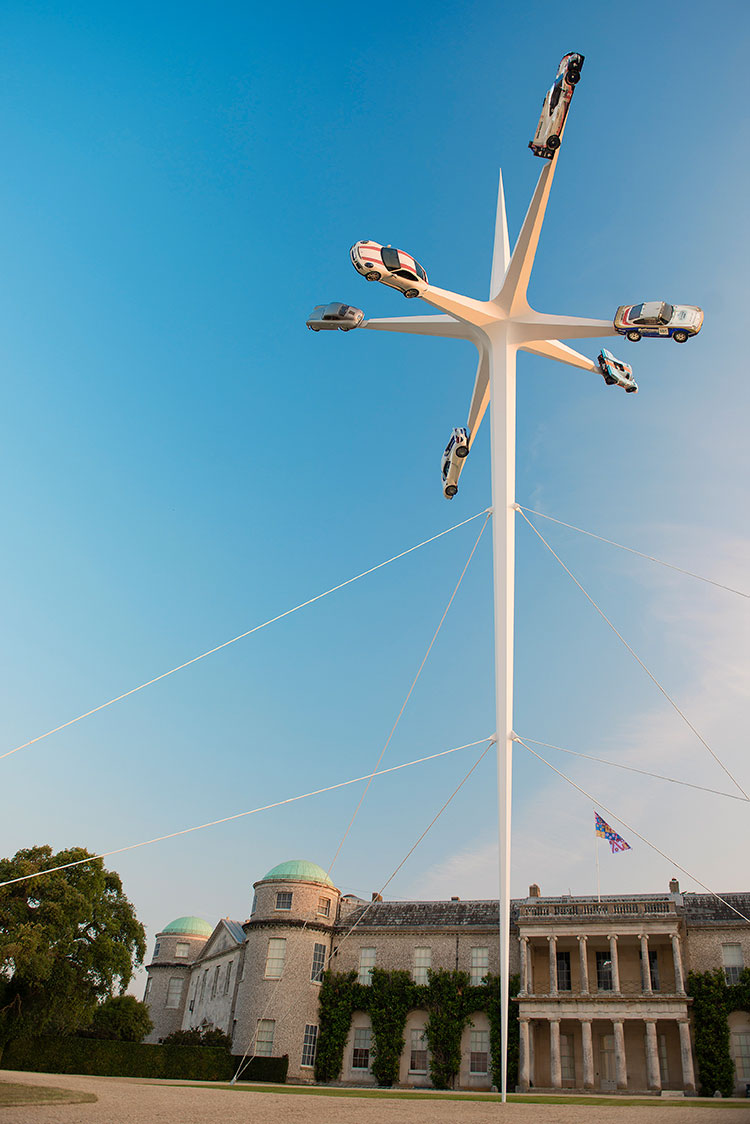 all images courtesy of Crate47 and Goodwood FoS