The word dendrite refers to the branched projections of a neuron, which propagate cerebral stimulation; the term is derived from the Greek Dendron, also the word for tree. Extending across both sides of Notre-Dame Street in the downtown core, the work is comprised of two sculptural stairways directly modeled on the neuron structure. 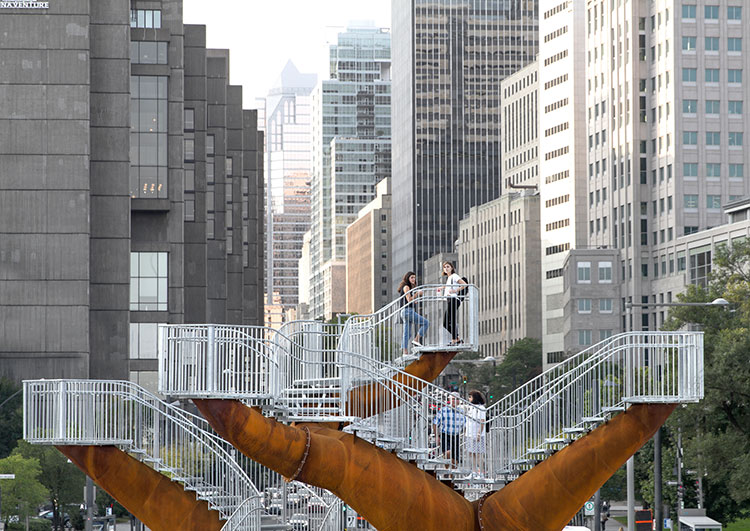 Simultaneously evocative of massive tree trunks with their network of branches spreading out towards the surrounding cityscape, the trunk-like elements are distinguished both by their respective sizes and unique sinuosities. Construct­ed of weathering steel, the piece takes on the ochre color of the tree trunks it references, while simultaneously alluding to the industrial past of the central urban site and its iron infrastructure. 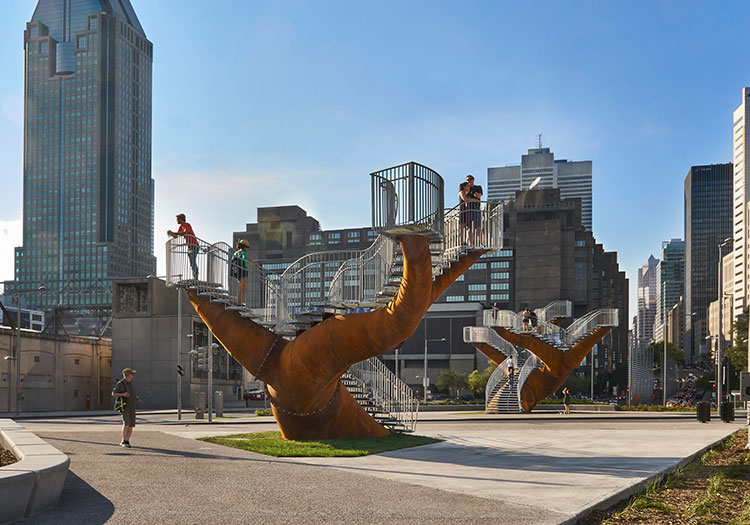 Through the natural process of oxidation, the sculpture’s steel surface undergoes a microscopic crystallization of iron particles recalling the formation of dendrites. This dynamic process creates a nuanced parallel between the form of the stairway and its underlying material, and can also be read as analogous to the ever-changing form of the networked city surrounding it. 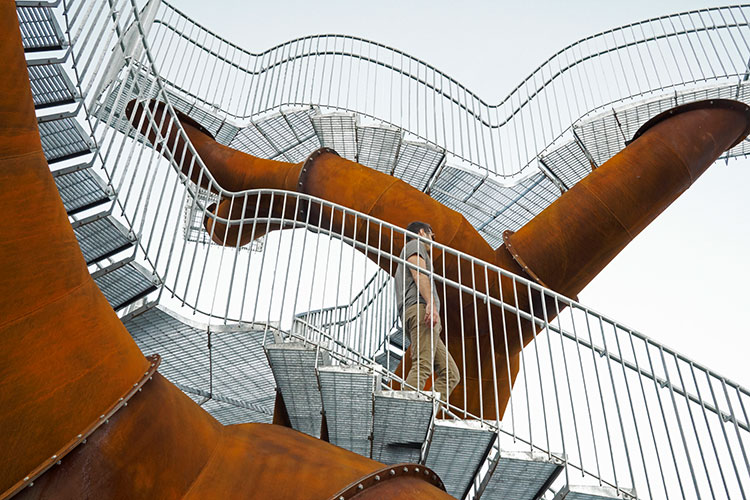 Recontextualized in this new sculptural configuration, the underlying stairways still function as circulatory structures allowing for the movement of people while also beckoning towards an in­nate human desire for vertical ascension; the urge to reach the highest branch of a tree or peak a mountain in order to contemplate a new horizon. Dendrites offers such an experience, allowing the public the opportunity to climb its branches and glimpse an alternative view. 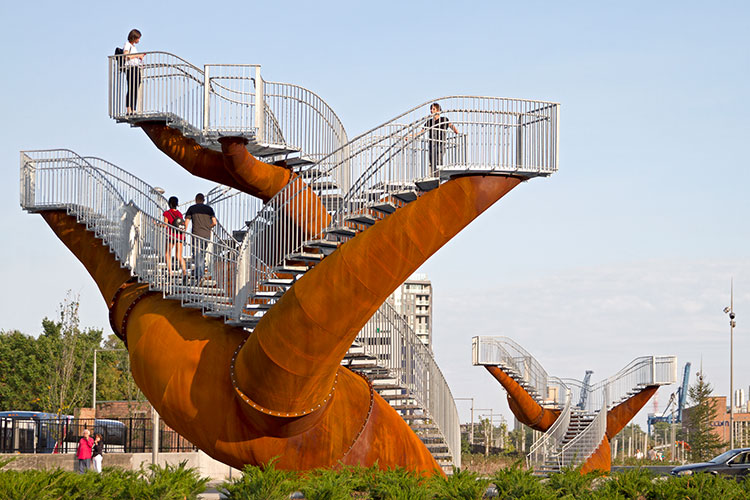 Dendrites encourages climbing through a network of alternate possible routes. When a passer-by ascends the stairs they consistently face a bifurcation, and a decision must ensue. An apt metaphor is found in the way thoughts are formed in the human brain through the transmission of electrical impulses within a larger network of neuronal dendrites; much like the climber in the sculpture discovering the structures of his surrounding environment. From one end of the work to the other — like a neural impulse traveling across the brain — the walker climbs the stairs and ventures into the sculpture, emerging on the other side with a new perspective. 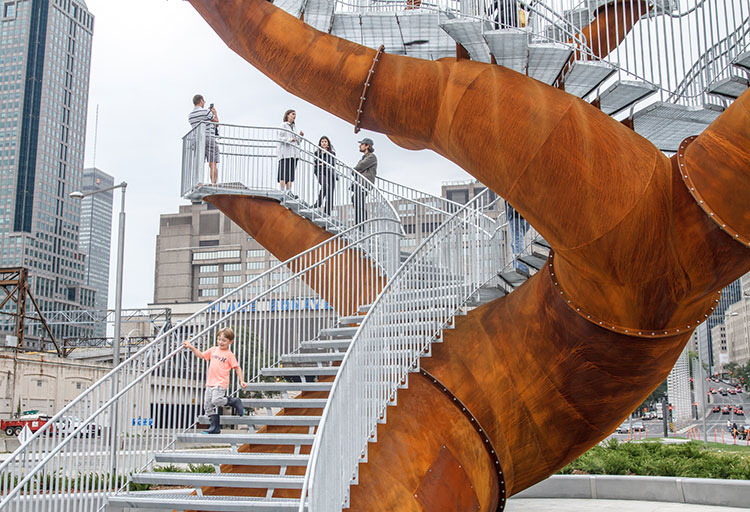 The redevelopment of this originally heavy trafficked site displaced the car as its central focus through the creation of a new path, green space, and meeting point designed to be frequented by pedestrians and cyclists alike. Dendrites direct­ly responds to this integrated urban vision – offering passersby the opportunity for active participation. By climbing in the branches, they animate the sculpture much like the foliage of a tree.