Obscure Reality pursues the floating image of clouds, closely follows the changing platforms of the square, and echoes the activities of people on the square and surrounding buildings. In Lao Tzu’s Tao Te Ching, he mentions that “the highest good is like water”. Obscure Reality adjusts the atmosphere of the environment all the time, demonstrating the flowing state of water on the spot. 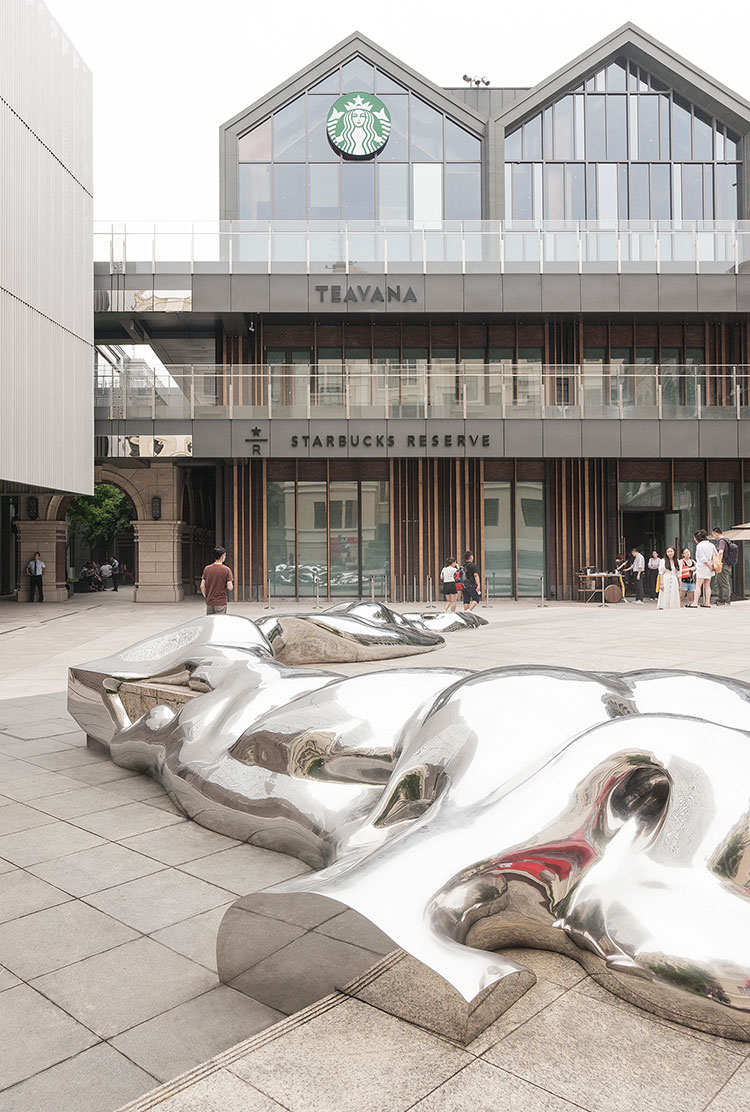 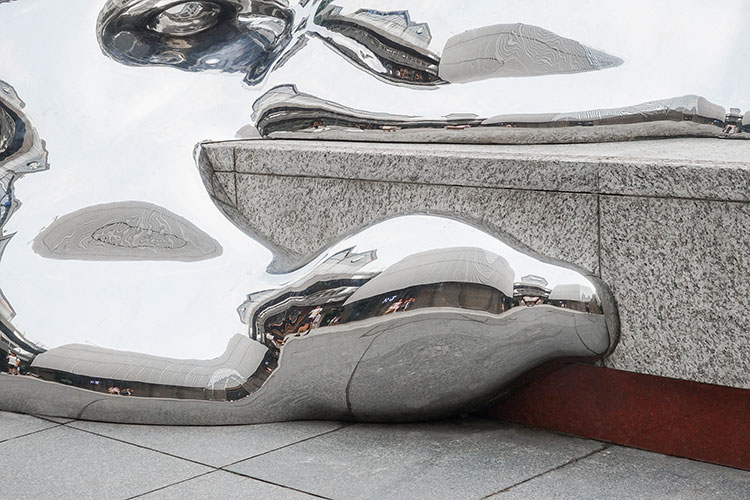 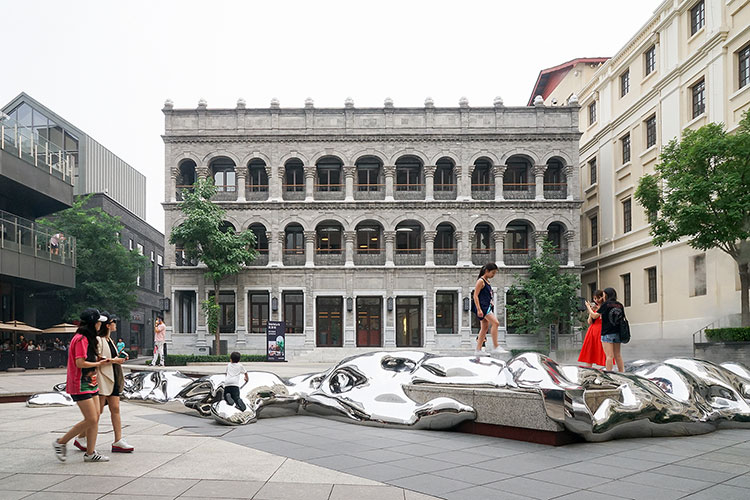 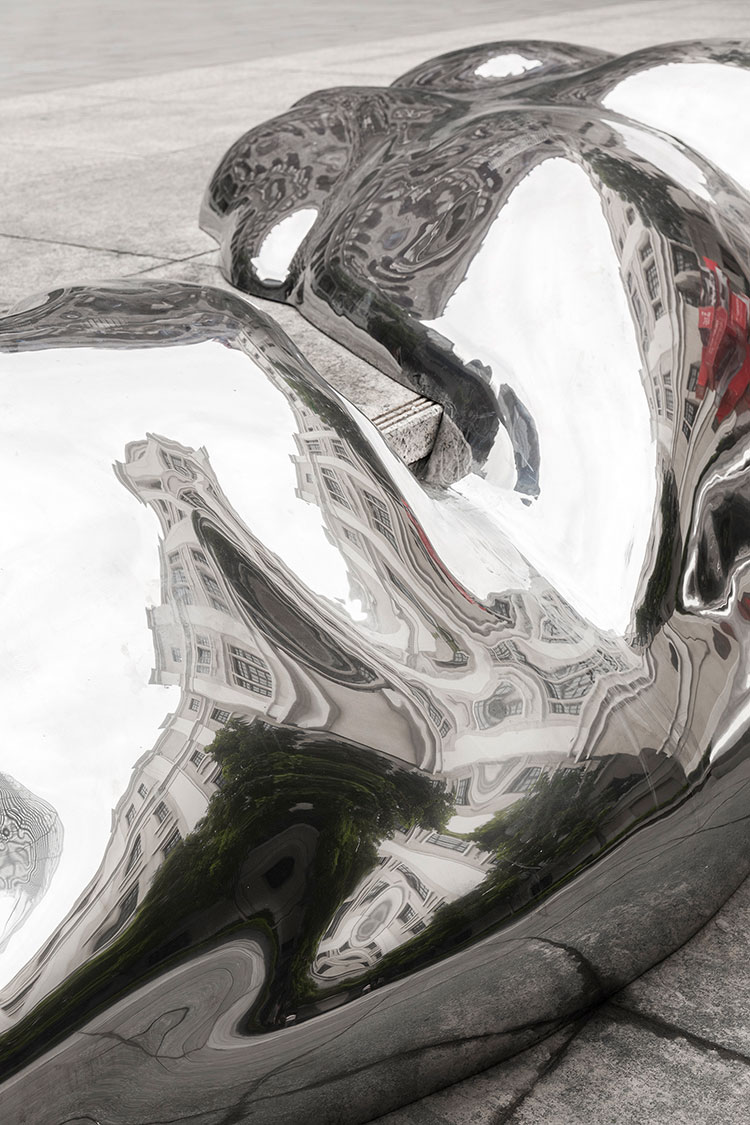 Since the cavalier perspective is usually applied in ancient Chinese scroll paintings, these paintings are interpreted by the audience with their inner feelings instead of a fixed perspective. The audience can interact with Obscure Reality as well. 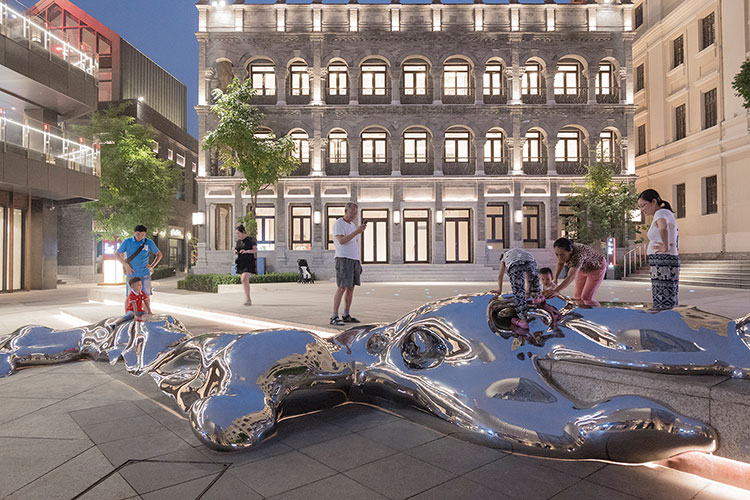 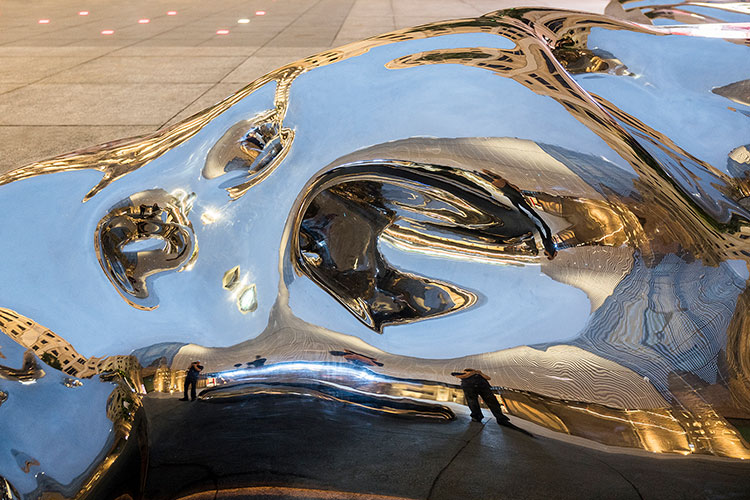 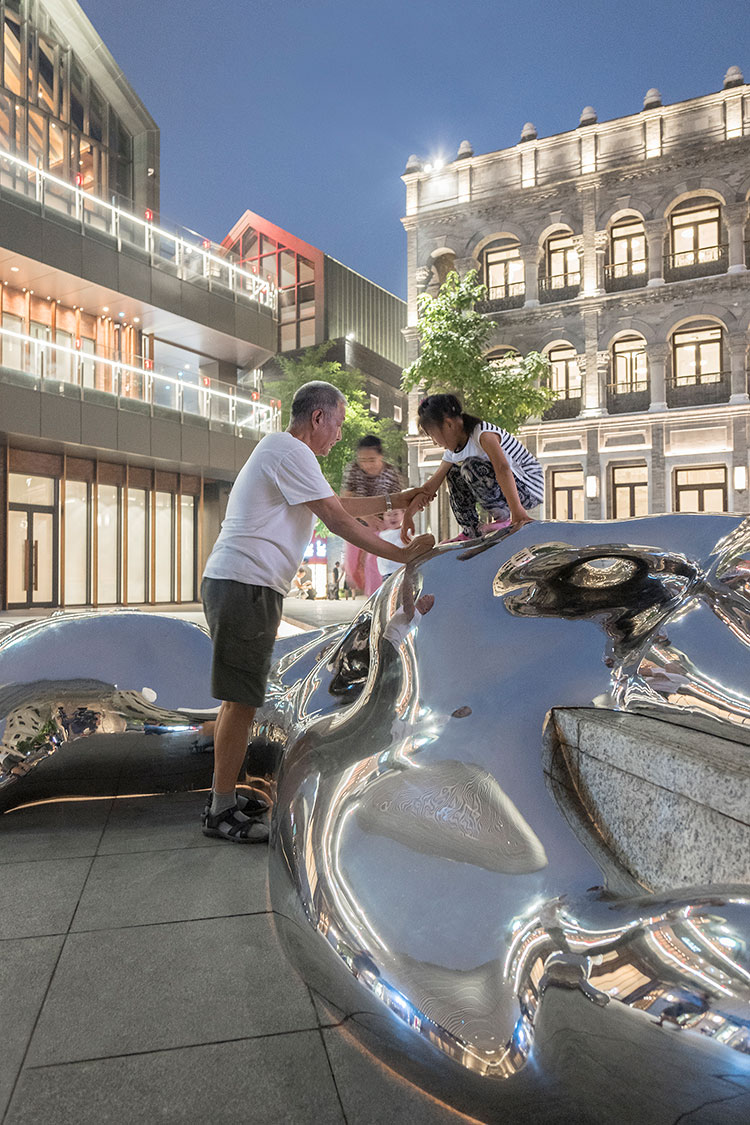 The variations of the shapes of Obscure Reality push the audience to move around it and discover the changes in the patterns of the work. The audience can integrate with the infinite scroll according to their own will and perspective. The elements of this work are presented during the transition between virtuality and reality. People can enter, climb, sit on and play with it.