As part of the Floating Art 2018 Festival, organized by Denmark’s Vejle Art Museum, artist Asmund Havsteen-Mikkelsen has built and sunk a 1:1 replica of a corner of Le Corbusier‘s Villa Savoye.

The installation titled “Flooding Modernity” has been designed as a “comment on the sinking of the public sphere after the disclosure of the Cambridge Analytica scandal and the manipulation of democratic elections through social media.” 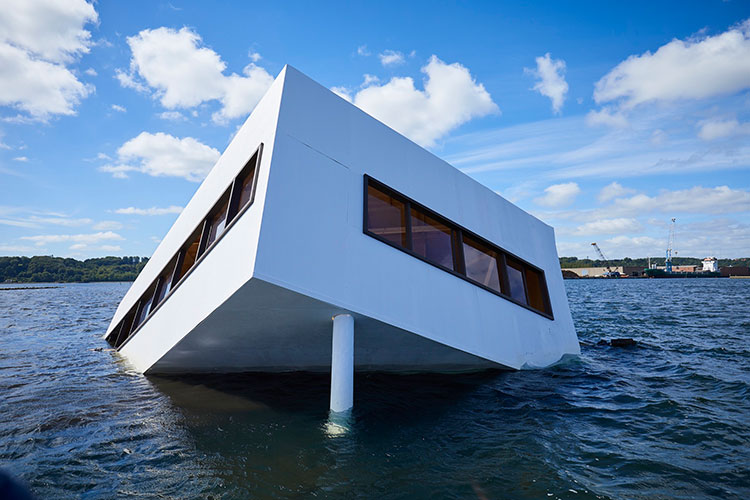 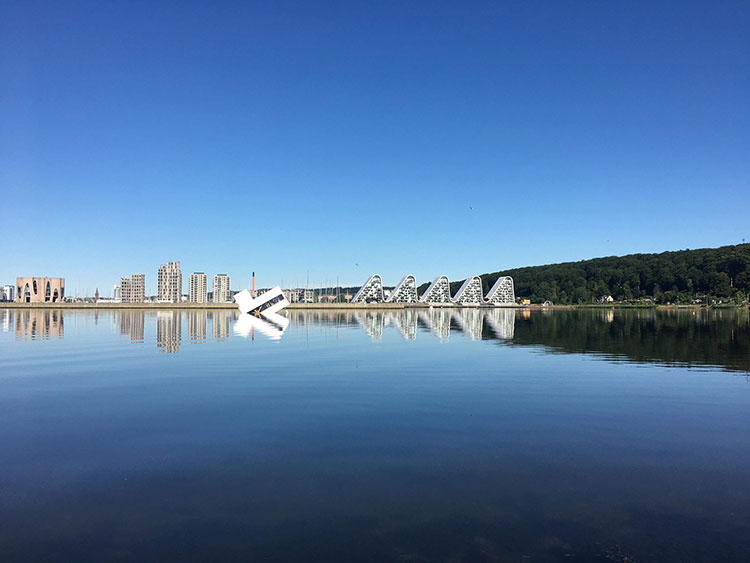 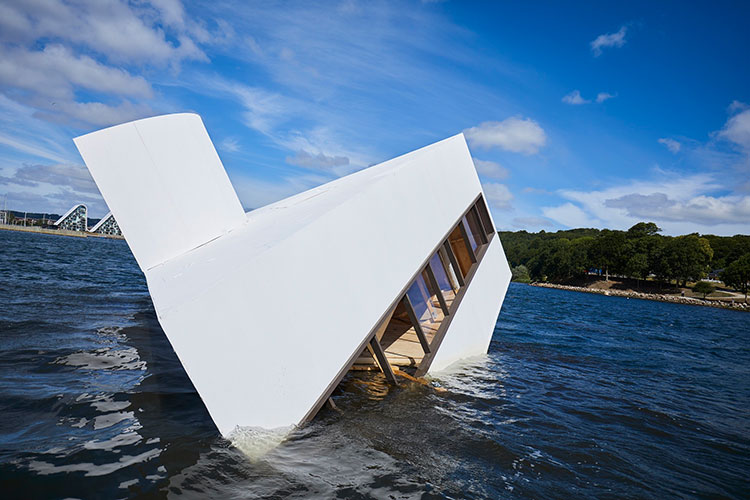 “For me, the Villa Savoye is a symbol of Modernity and Enlightenment. It represents the faith in the critical powers of the human mind in relation to progress and in our use of criticality in the public sphere. After these scandals, I think our sense of democracy and the public sphere has been distorted through the new use of digital technologies to manipulate elections. Our sense of Modernity has been ‘flooded.’ I sense the need to “re-state” our political institutions – because our old ones have ‘sunk'” Asmund Havsteen-Mikkelsen, quoted in ICON Magazine 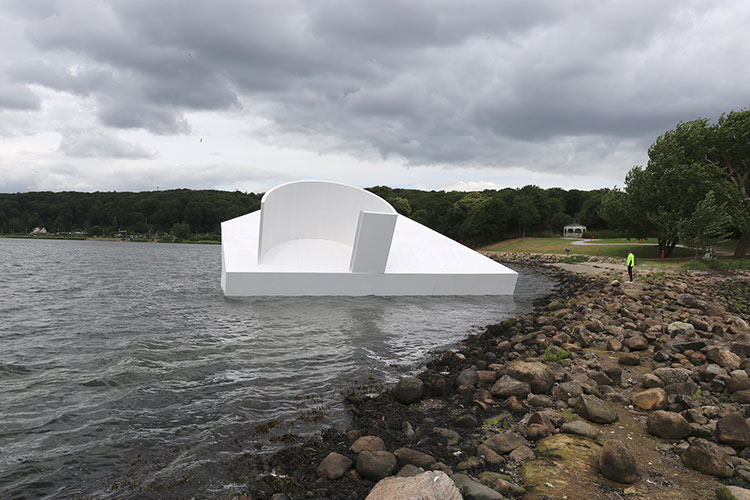 Le Corbusier’s Villa Savoye is a symbol of Modernity and Enlightenment, representing progress and the power of reason. Built in Poissy, France, in 1931, it was the manifestation of Le Corbusier’s purist ideals that rejected unnecessary ornamentation in favour of clean white lines and open plan interiors. For Havsteen-Mikkelsen, who has been painting and sketching the Villa Savoye for a decade, Le Corbusier’s masterpiece embodies the essential values of modernism. 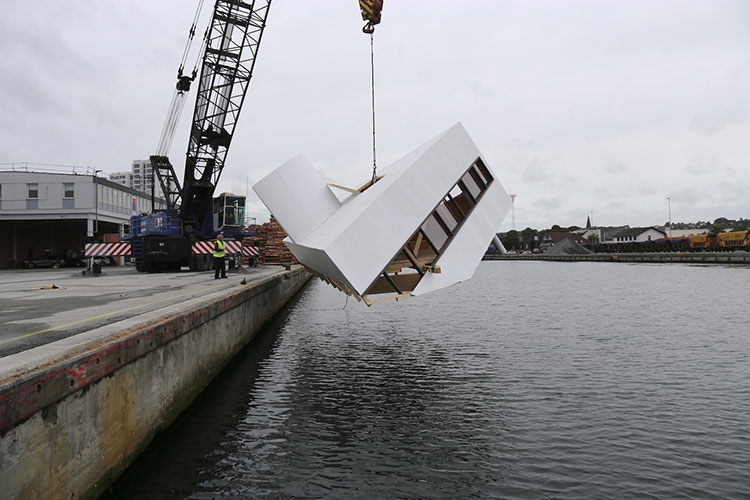 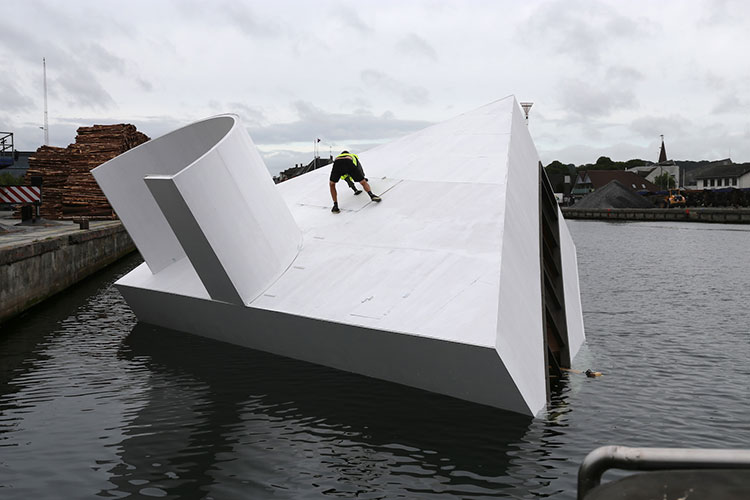 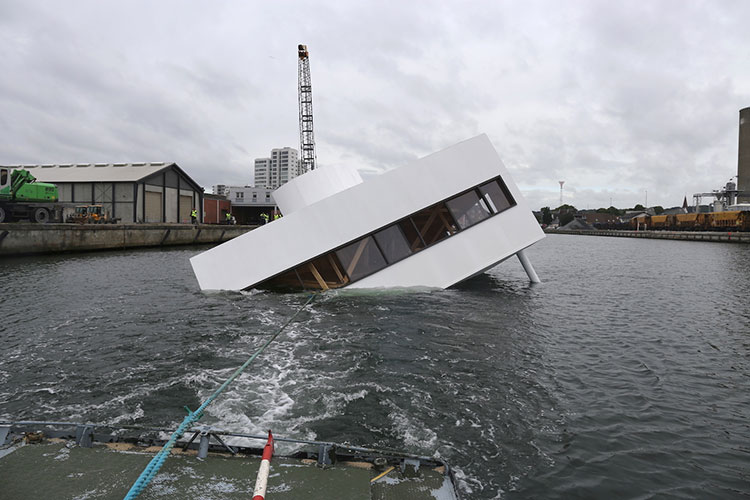 After the Cambridge Analytica scandal, Brexit and Trump elections, these principles – and with them, many of our securities – are collapsing. The Danish artist reinterprets one of the symbols of modernity, whose 5 principles have inspired the new way of building, and makes it shipwrecked on the Danish coast.