Artist Cornelia Parker has brought her large-scale architectural sculpture Transitional Object (PsychoBarn) to London. Originally commissioned by The Metropolitan Museum of Art in New York in 2016 for ‘The Roof Garden Commission’, where it was perched on their roof terrace, framed against an expansive view of Central Park and the city’s iconic skyline, the installation is now on view in the Royal Academy’s Annenberg Courtyard.  The classical contained space of the RA’s courtyard, where this work has been installed for the second time, provides a new setting for this compelling and unsettling work. 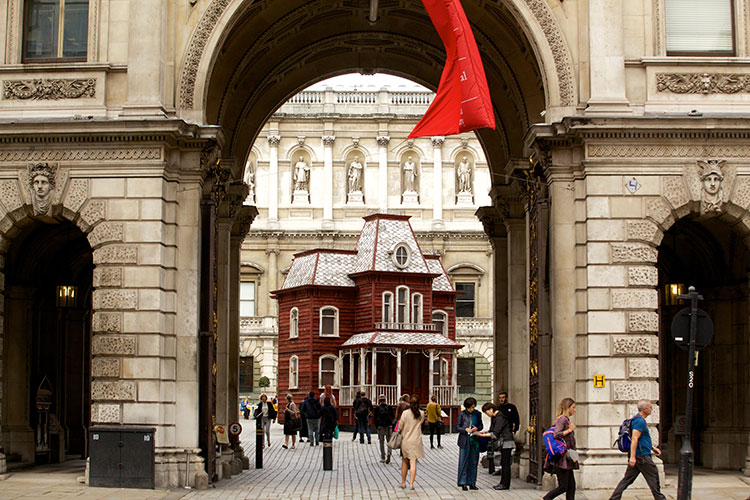 Standing at nearly 30 feet, the structure has multiple layers and complexities of reference. As with many of Parker’s projects, the found object is a key element. The components of a dismantled traditional American red barn have been appropriated; the planks of the long sidings becoming the house’s walls and its corrugated roof providing material for the roofing tiles.

The design is based on the house seen in Alfred Hitchcock’s film Psycho (1960), which in turn was modelled on a painting by the American painter Edward Hopper, House by the Railroad, 1925. This painting was also a reference point for Parker who was drawn to the sparseness of its presentation and sense of eerie isolation. 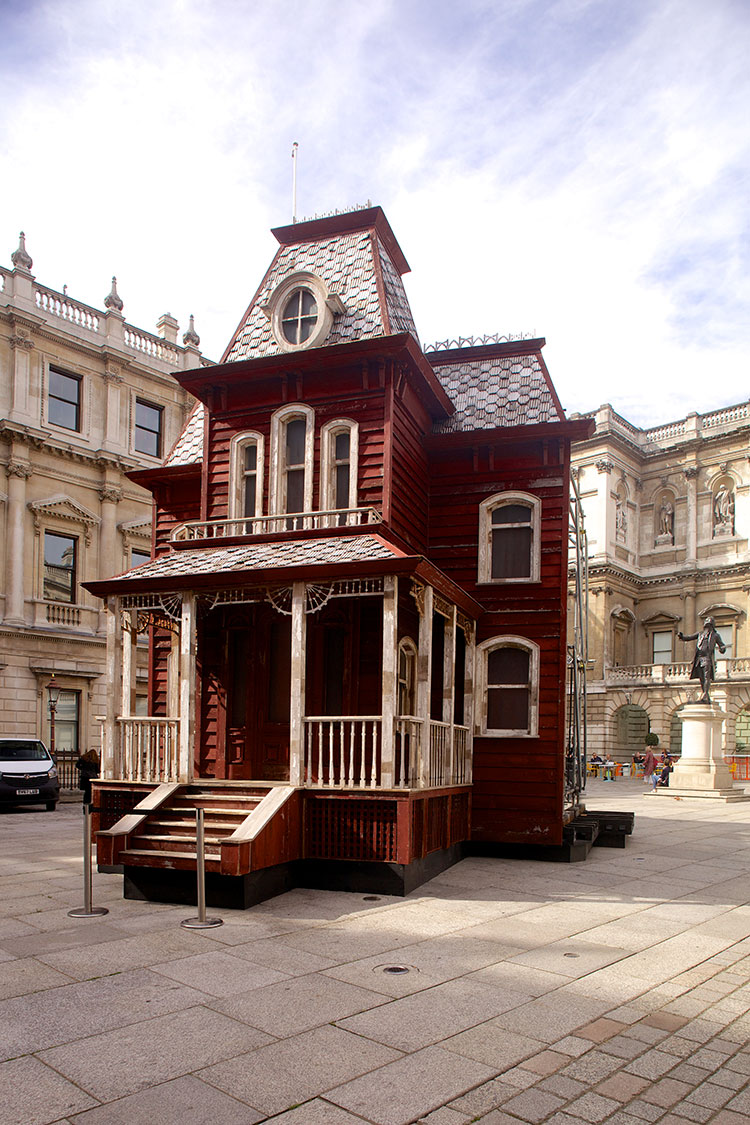 As with Hitchcock’s stage set, Parker’s house is not a real house but a scaled-down façade with the supporting structure deliberately visible behind – both characteristics adding to the illusionary effect. The combination of the red barn, with all its connotations of the rural idyll and wholesomeness, with the sinister psychological complexities of Hitchcock’s house presents a series of deliberate paradoxes. The captivating physical presence of the sculpture is attractive whilst it also evokes a sense of psychological unease; as Parker puts it, it confronts the ‘polarities of good and evil’.