An artwork created using AI has been sold for $432,500 — nearly 45 times its high estimate — as Christie’s becomes the first auction house to offer a work of art created by an algorithm. The portrait in its gilt frame depicts a portly gentleman, possibly French and — to judge by his dark frock coat and plain white collar — a man of the church. The work appears unfinished: the facial features are somewhat indistinct and there are blank areas of the canvas. Oddly, the whole composition is displaced slightly to the north-west. A label on the wall states that the sitter is a man named Edmond Belamy, but the giveaway clue as to the origins of the work is the artist’s signature at the bottom right. 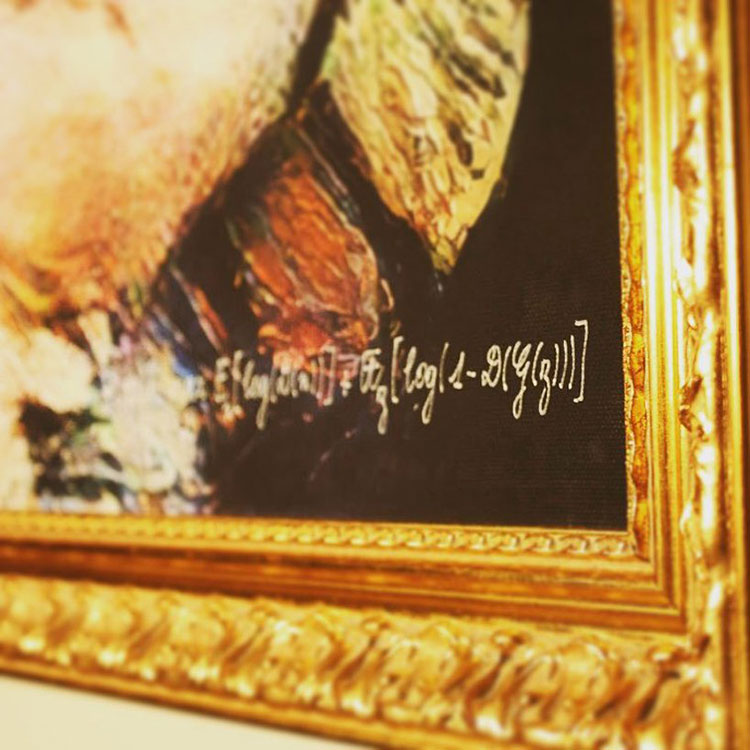 This portrait, however, is not the product of a human mind. It was created by an artificial intelligence, an algorithm defined by that algebraic formula with its many parentheses. And when it went under the hammer in the Prints & Multiples sale at Christie’s on 23-25 October, Portrait of Edmond Belamy sold for an incredible $432,500, signaling the arrival of AI art on the world auction stage.

The painting, if that is the right term, is one of a group of portraits of the fictional Belamy family created by Obvious, a Paris-based collective consisting of Hugo Caselles-Dupré, Pierre Fautrel and Gauthier Vernier. They are engaged in exploring the interface between art and artificial intelligence, and their method goes by the acronym GAN, which stands for ‘generative adversarial network’. 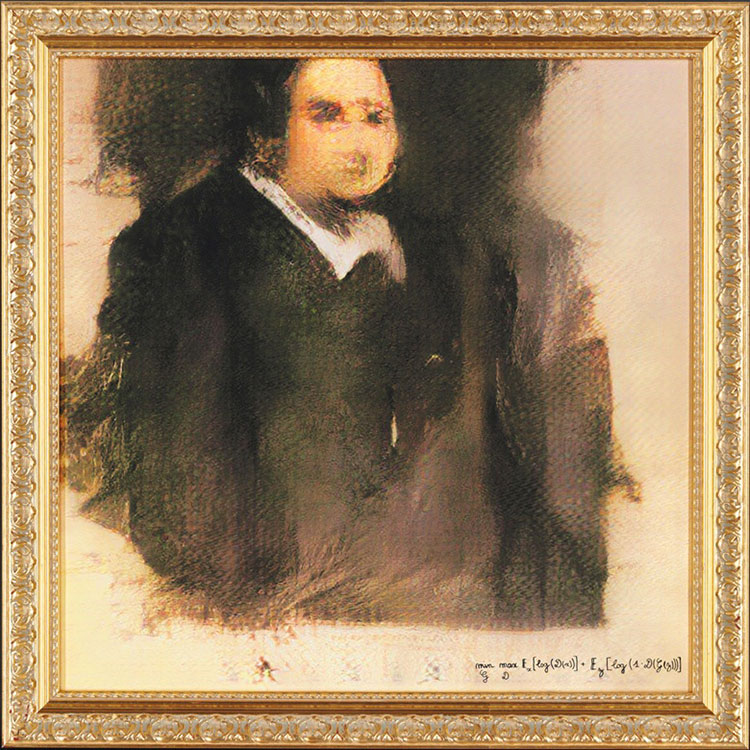 “The algorithm is composed of two parts,” says Caselles-Dupré. “On one side is the Generator, on the other the Discriminator. We fed the system with a data set of 15,000 portraits painted between the 14th century to the 20th. The Generator makes a new image based on the set, then the Discriminator tries to spot the difference between a human-made image and one created by the Generator. The aim is to fool the Discriminator into thinking that the new images are real-life portraits. Then we have a result.”