A full-scale fabric replica of the artist Do Ho Suh’s former New York City apartment is now on view at the Brooklyn Museum till January 27, 2019. The exhibition — titled “One: Do Ho Suh” — features a single, large-scale work by artist Do Ho Suh, whose work engages with migration and cultural displacement. The Perfect Home II (2003), a recent acquisition in the Museum’s collection of Contemporary Art, is a full-scale re-creation of Suh’s former apartment in New York, where he lived from 1997 to 2016. 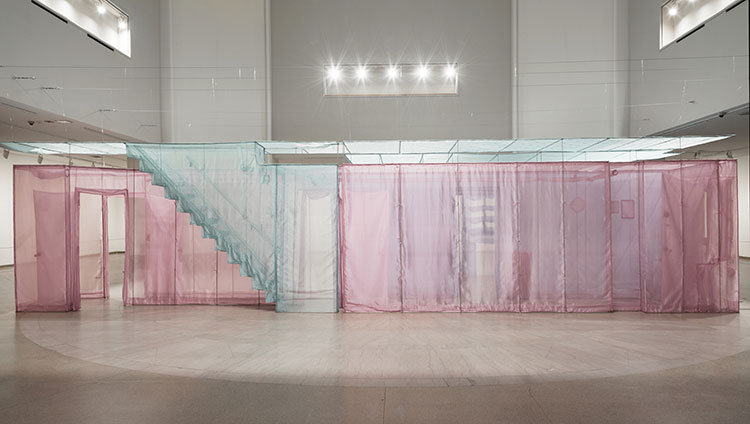 Made with a translucent nylon material and carefully hand-sewn, the work questions the meaning of permanence, the process of finding a home, and how personal space comes to define an individual—themes that are particularly resonant at a time of mass global migration. 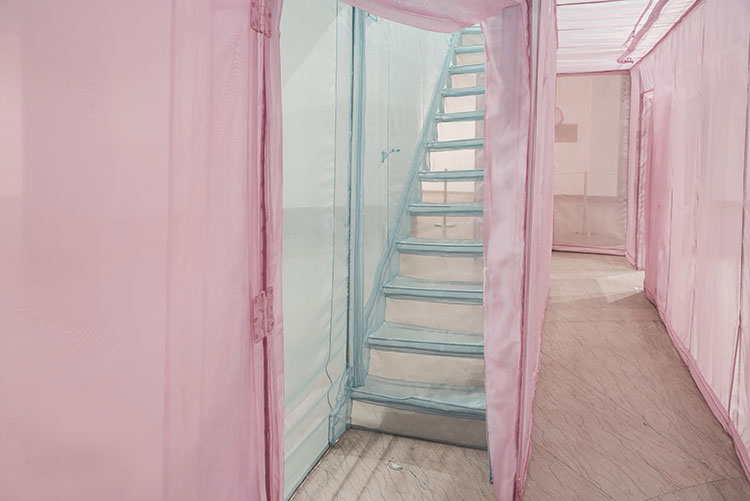 Do Ho Suh was born in 1962 in Seoul, South Korea, and immigrated to the United States when he was in his early twenties. His work reflects his personal history of migration and displacement and often centers on notions of personal and cultural identity. He is best known for his meticulously crafted fabric sculptures and full-scale replicas of homes he has lived in. 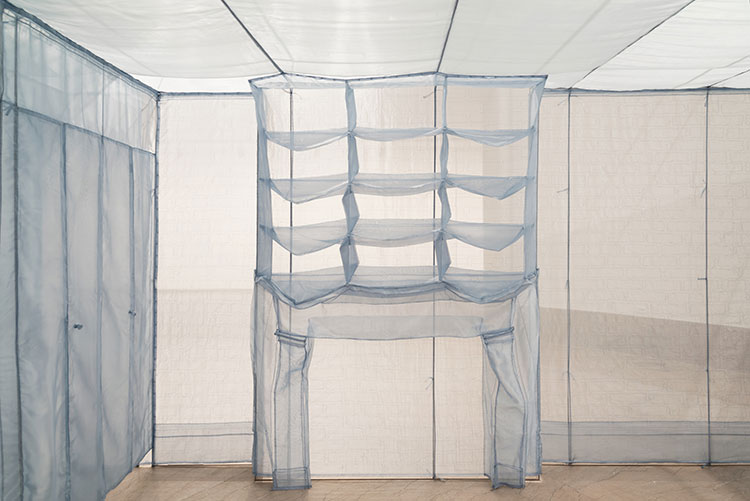 The Perfect Home II, which reproduces the apartment he lived in on West Twenty-second Street, in Chelsea, for nearly twenty years, emphasizes the connection people have to physical spaces, and how such spaces often come to embody memories of living within them.

The installation re-envisions the apartment itself, rendered in blue; the adjacent corridor, in pink; and the upstairs floor, in green. Suh spares no detail in the life-size re-creation of his apartment, which includes infrastructure details such as air vents, radiators, and light fixtures, and even an intercom.

Visitors are able to walk through Suh’s work, in a sense inhabiting his former apartment and his memories. The delicate fabric chosen for the sculpture lends an ethereal quality to the work, heightening the feeling of walking through the artist’s intimate world. 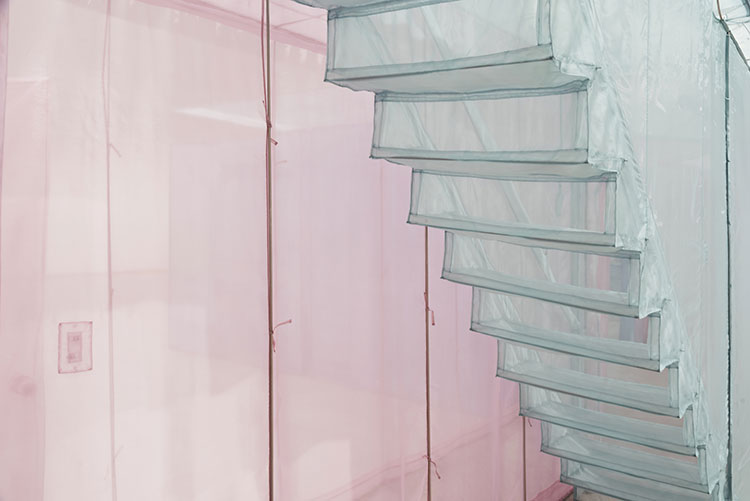 Suh’s lightweight fabric sculptures allow him, quite literally, to put his home and related memories into a suitcase to carry wherever he goes. Like many artists, he lives a nomadic existence. After moving to the United States from South Korea, he relocated to Berlin and then London, where he lives now. These moves have found the artist repeatedly adapting to a new environment in a foreign culture. By re-creating his former homes, Suh is able to create a transitional space during these periods of adaptation—and even carry these structures and the memories they contain with him. 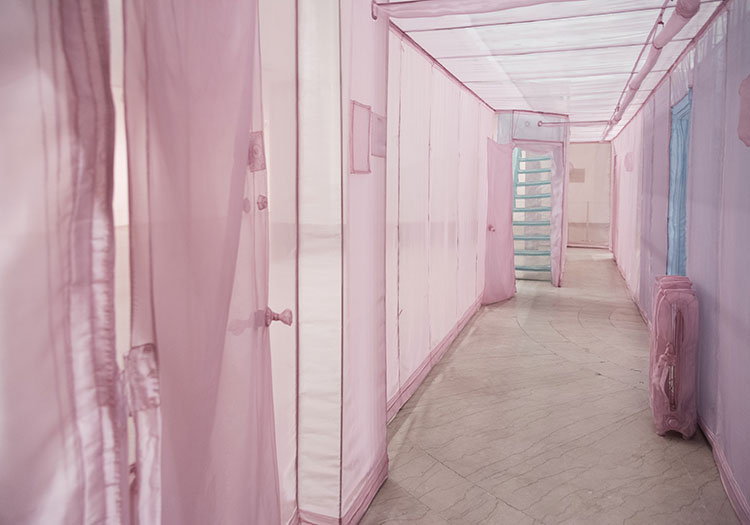 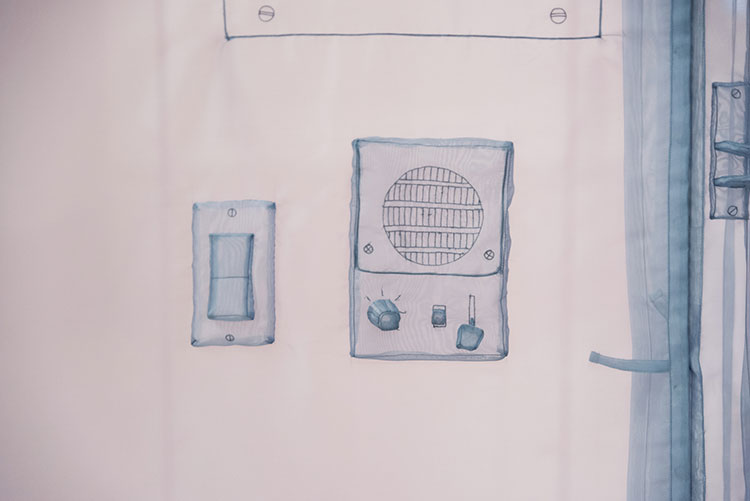 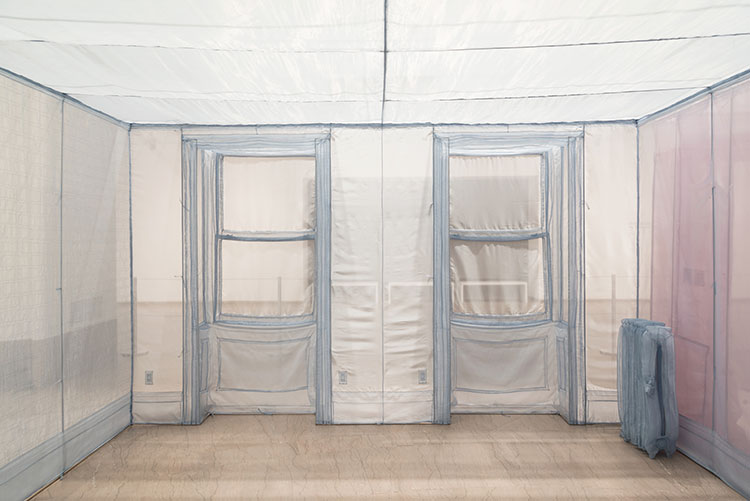 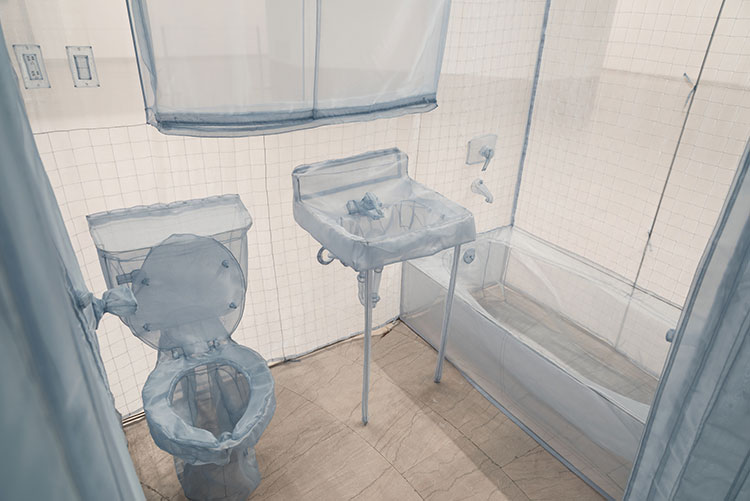 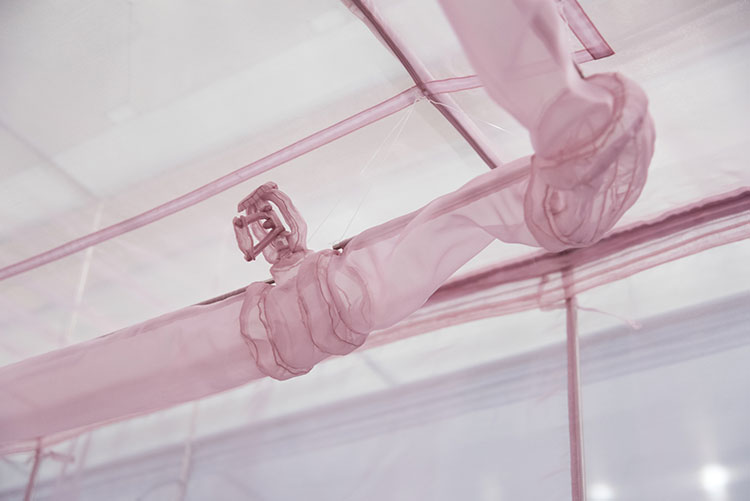