During the MDF festival the panGenerator group has transformed the iconic spiral staircase of the Szczecin Philharmonic in Poland into a huge, spatial instrument, in an effort to invite human interaction to architecture. SPIRALALALA is an example of panGenerator group activities combining the design of forms and spaces with interaction, sound and movement.

“We believe that new digital media have enormous potential to ‘revive’ architecture and all public spaces, in a way that engages audiences and provides valuable artistic experiences that go beyond the petrified schemes established by traditional art and architecture,” explains the group.

The audience has been invited to experiment with various spatialized sound effects applied to their vocalizations that were synchronised with the movement of the balls falling along a 35m long track. Thanks to digital fabrication techniques, such as 3d printing, panGenerator has modified the iconic staircase to create a 35m long, 15m high spatial voice-changing instrument. At the top of the stairs a microphone has been installed, also acting as a throw-in for black plastic balls. 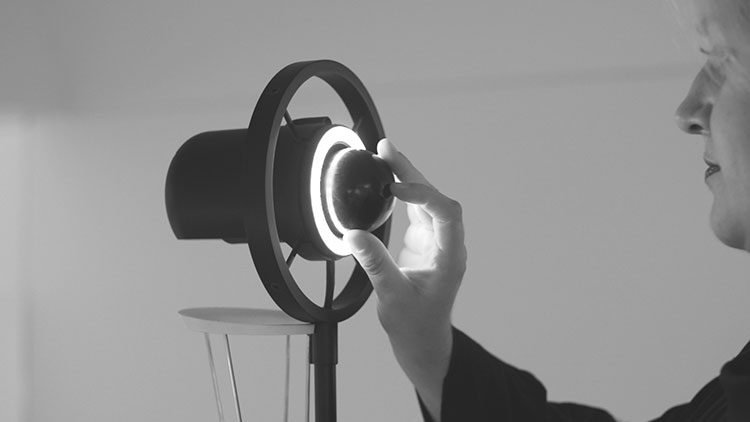 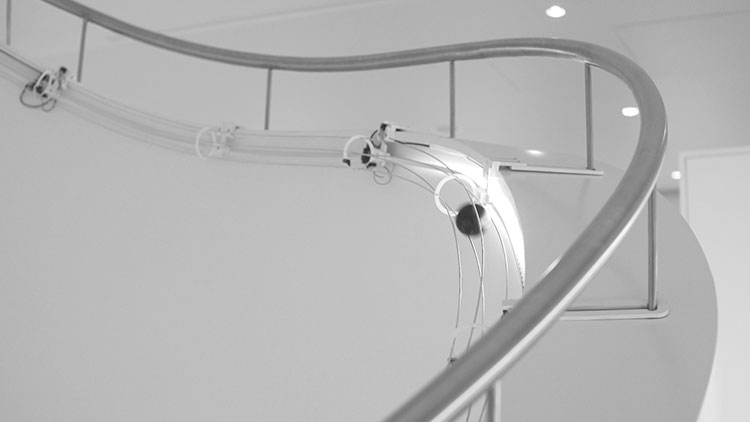 The interaction started when the ball was inserted into the microphone hole, which started the voice recording sequence. After recording 5 sec. the participant’s voice was released from the microphone mechanism and began to roll down the track. Along the way, the ball passed through the gates, equipped with specially designed sensors, microcontrollers and radio transmitters, which allowed to measure the speed and position of the ball on the track. Information about speed and position was used to transform the recorded sample in a manner coordinated with the ball movement and to animate the “light trail” following it. 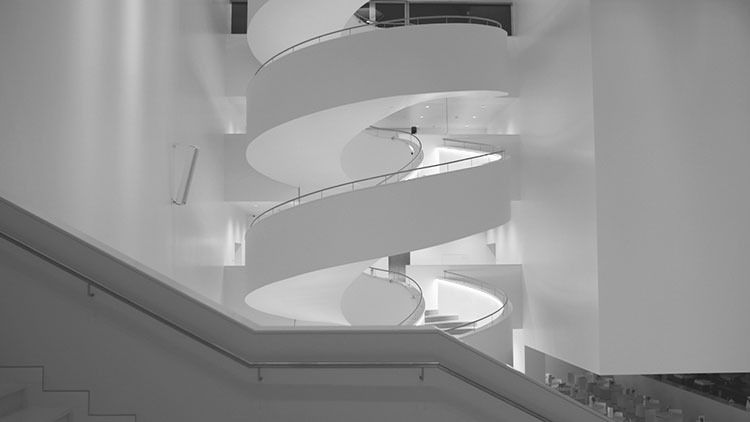 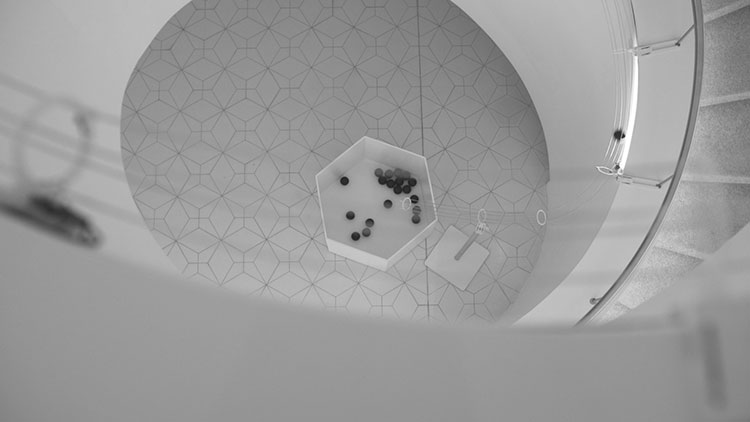 Thanks to the use of 5-channel audio and speaker placement on each of the subsequent floors, panGeneator achieves the spatialization of the sound creating the illusion of the sound “falling” with the ball. As a finishing touch, the panGenerator team also used simple projection mapping synchronized with the motion of the ball to make the whole thing more visible for the people standing in the lobby of the Philharmonic. “In the end, we’ve created a playful and engaging audience-driven audiovisual performance that exemplifies our vision for integrating new media art practice with architecture and breathing the life into static form thanks to digital technology,” says the panGenator group.