In the light of the Climate Change Conference in COP24 in Katowice, Poland, Dutch artist Thijs Biersteker gives nature a voice in a way that’s understandable for humanity. The digital art installation Voice of Nature uses real-time data that indicates the wellbeing of a tree to warn us about climate change.

“Trees and their tree rings are data capsules showing the change in climate happening over the years. Environmental changes and the impact of pollution is indicated by the yearly growth levels shown in the rings. With these accelerating shifts taking place we don’t have time to wait years for this data” says Biersteker. “It’s time to speed up the process to a human pace and show with data what nature is trying to tell us.”

Using real-time data coming from sensors attached to a tree, Thijs and his team can generate a tree ring every second. Indicating the tree’s well being and the impact of the environmental changes as they are happening at that moment.

Visualized on a giant aura-like screen behind the tree you see the tree rings appear in an almost meditative way. The sensors measure amongst others the par light spectrum, soil temperature, moist levels, air quality and co2 levels. With this data we generate a ring that indicates the growth levels of the tree, second by second. For example an increase of polluted air or decrease of light coming in is directly visible on the giant screen. 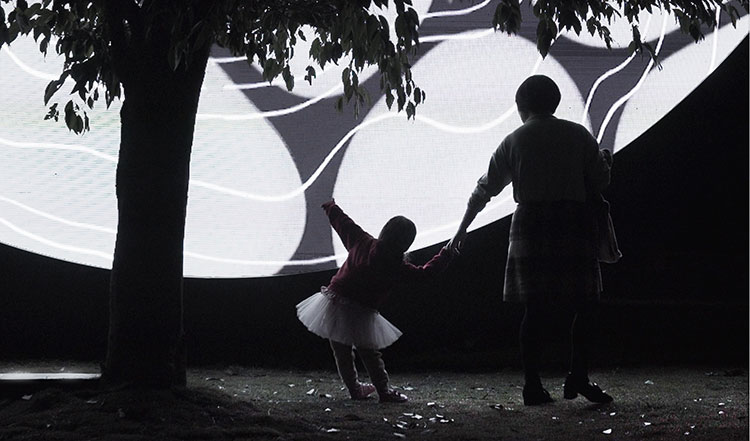 “During the build-up of the installation it had not been raining for a while so we asked if someone could water the tree, but everyone was busy. Once we connected our moist level sensor to the tree and showed the data indicating the tree was thirsty, there was someone with a water hose within 15 minutes. I think that was a good demonstration of how we trust data more than our eyes these days” – Thijs Biersteker

With the tree responding to human touch, Voice of Nature shows in a poetic way that humanity has a big influence on the changing climate. By touching the tree the artwork calms down or has its energy levels grow, leaving the spectator with an empowering message instead of the depressing idea of being powerless.

In the face of the COP24 and the latest climate change report released by the Trump administration, data, investment and economic impact on GDP is driving the conversation. All attention goes to the economical impact of climate change, but what is the value of nature itself? Extracting data from nature will not only provide an insight in this wonderful world, but can also play a big role in raising the censorship on our most valuable resource. 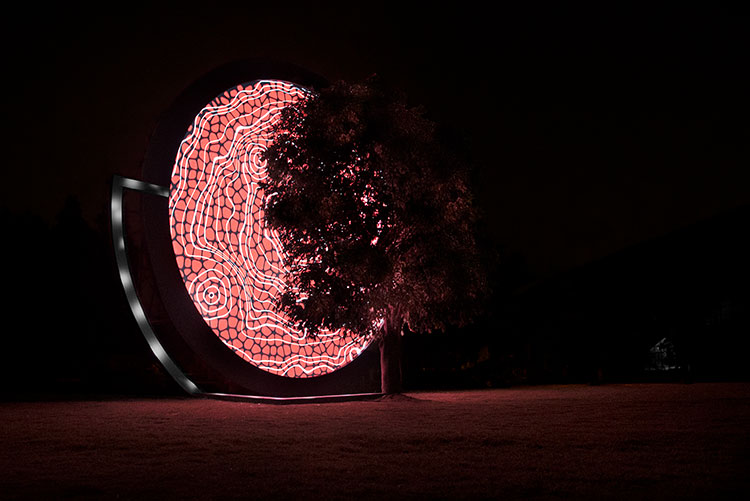 Voice of Nature is the kick-off of a collaboration with the Technical University Delft and its Plantenna research group. Goal is to finding ways to gain more data and amplify the voice of nature in an artistic way. “We are happy to being part of the research programmes and don’t mistake our work with the scientific research on plants taking place right now. We used as much real-time data and sensors as possible in this artwork. Its purpose is to create awareness for the natural world around us, and the signals its trying to give us in the face of climate change.” – Thijs Biersteker