A/D/O, the creative space in Greenpoint, Brooklyn by MINI dedicated to exploring the future of design, will host until 10 February 2019 “Wave. Particle. Duplex.” a new immersive, site-specific exhibition of work by Studio Swine. “In our earlier works, we were really interested in exploring the idea of locale and the sense of place we could create with certain objects or narratives. Recently, we’ve been focusing on works that are more experiential, with a specific focus on the relationship between nature and technology. During our residency at A/D/O, we decided to translate this idea to new works built with nature’s ephemeral materials,” says Studio Swine. 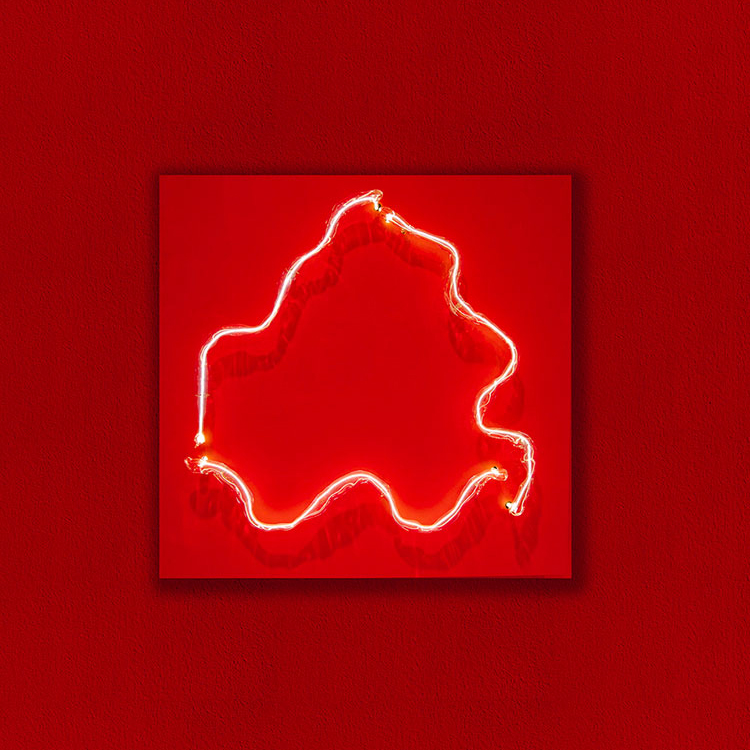 Inspired by New York City’s shifting environmental elements, Studio Swine conceived two new bodies of work: Dawn Particles and Fog Paintings. Born from the studio’s long-standing exploration and obsession with materiality, the work disseminates ideas explored in earlier projects such as New Spring and Infinity Blue – giving ephemeral entities, such as light and time, physical homes. The installation itself is housed in a closed structure, generating a unique experience for visitors to A/D/O.

The debut of “Wave. Particle. Duplex.” celebrates the studio’s first foray with plasma – collaborating with local workshops and artisans on the production of their Dawn Particles series. Composed of a selection of Krypton lightworks, the compositions use magnetized plasma to capture bursts of light similar to those observed in the sun, stars, and comets. Hand blown glass is mounted onto panels and backed by a series of shifting currents that generate a bright, energetic wall of waves. The current’s light is blurred by the panel’s satin-sanded finish, creating a dramatic portrait of nature. 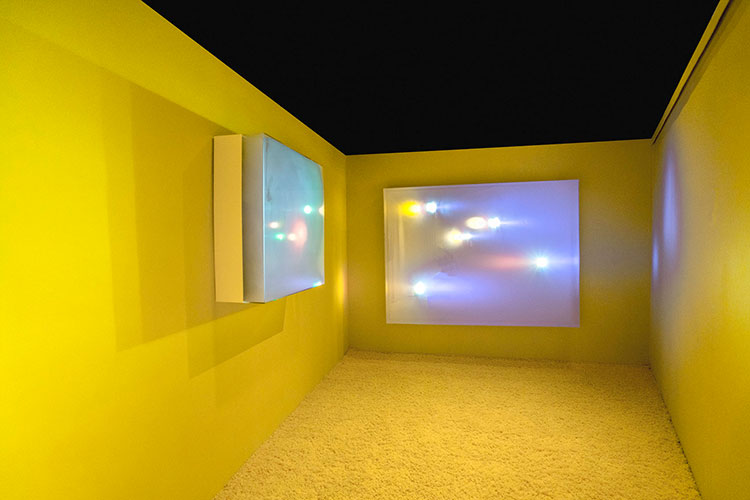 In the Fog Paintings, a micro-atmosphere of swirling fog is encapsulated in a series of backlit vitrines. These shifting fog patterns diffuse colored light, which in turn generates a sequence of transcendental silhouettes. The final works can be seen as an homage to the Sublime – a contemporary vision of traditional landscape paintings, like that of the Hudson River School, which focus on the metaphysical capture of light and landscape.