The urban artist known as SpY has completed the installation of a fifteen-meter diameter golden circle, made out of rescue blankets, all over the façade of one building located in the center of Ibiza. All these golden rescue blankets occupy the whole surface of the circle resulting in an enormous mirror that changes as the light of the sun reflects on it. This unique effect not only illuminates the main street of this Spanish island but also affects its temperature and boosts the warmth of the ambient light of such location. 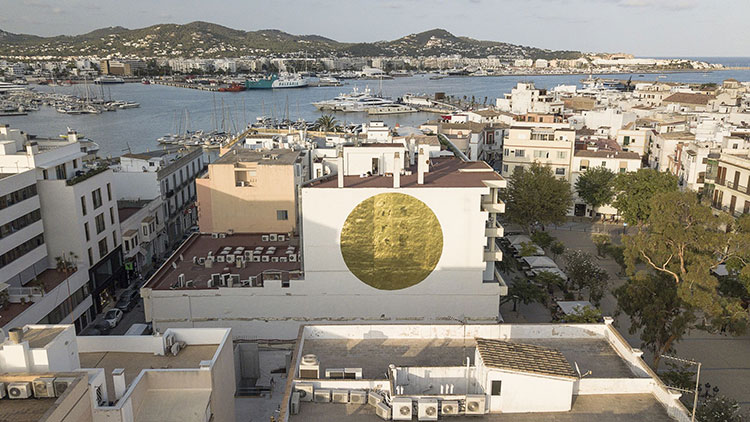 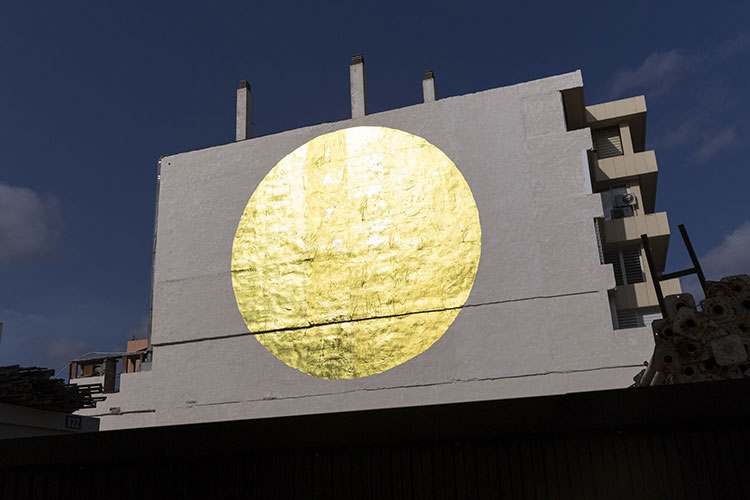 This project was presented in the International “Bloop” Festival which leading axis and main core of all its artistic proposals was “Hope”. Through the use of these simple blankets, used in rescue and survival procedures, SpY raises awareness on the mass migration movements of all those human beings seeking hope as they try to flee from their conflict areas.

The rounded shape of the work and its golden color emulate a sun that, at the same time, is being strongly reflected on it. In certain time frames, it became almost impossible to stare at it due to its luminosity to the extent that some pedestrians had to cover their faces or even needed sunglasses. 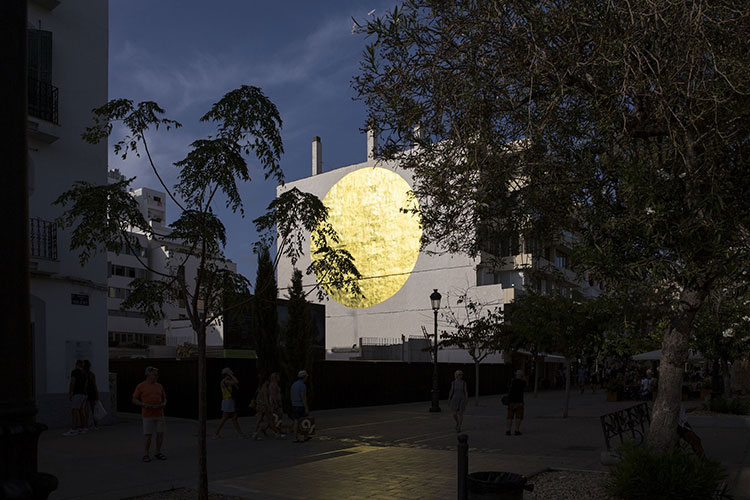 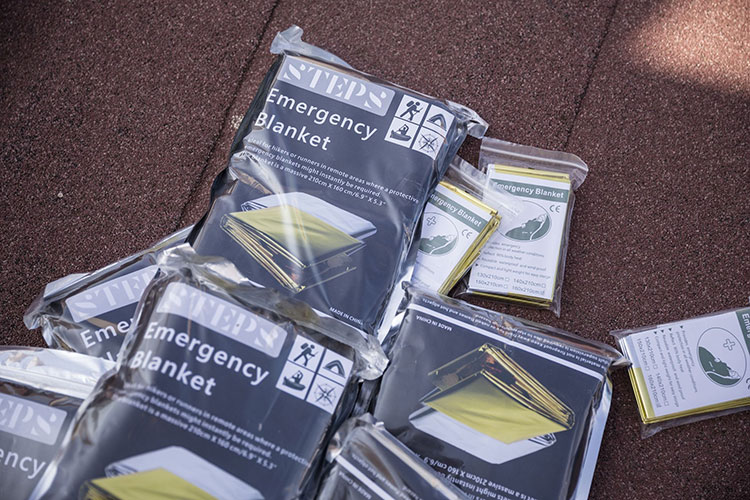 The concept of the circle itself is conceived as origin and destination, a lighthouse, the sun that can both give and take away life, installed on an island such as Ibiza that, at the same time, reflects a constant dichotomy of beauty and banality.