Conceived for the Festival of Urban Design Experimenta Pontevedra, the “Wall of the sea” by Cuac Arquitectura has transformed this unique Spanish city to encourage “imagination and play”. The installation was one of the four proposals made by invitation and was located in the Rúa Serra, in front of Mercado de Abastos (Food market). The work sought to achieve the festival’s ludic objectives while offering the possibility of building a “historical mirage” capable of reinforcing and renewing the public memory of a place marked by its past as a stony front against a flooded background. 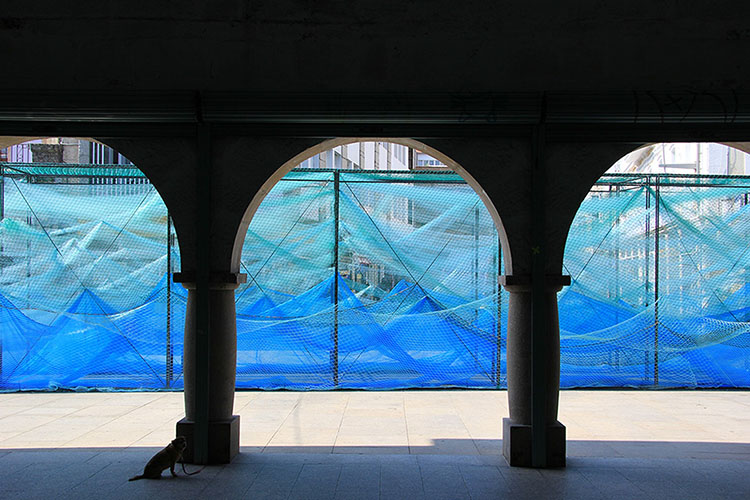 For this, the proposal makes an interpretation of the wall whose remains are buried under the level of the street and that was evidenced through the paving of the Rúa Serra. The historical maps revealed the proximity of this fragment of the wall to the maritime shoreline and locate their traces in the interior-exterior duality, protection-deprotection, solid state-liquid state. Its proximity to the Municipal Market, from 1922, also supposes an opportunity to dialogue with its arcades, able to offer itself to the public transit.

The ephemeral intervention makes a synthesis of these multiple realities, some of them seemingly opposite, obtaining a “fragment of walkable wall”. With its materiality, it condenses the maritime reality: a metallic structure supports multiple horizontal layers “of seawater “, built with fishing nets and aquamarine height. The undulations are established by the insertion of ice bags whose interior melts into water. The existing linear grilles in the pavement, on top of the real wall existing under the earth, receive the water on its way down. The atmosphere built inside during the day is an experience difficult to describe, through shadows and flashes caused by sunlight and it is also magic at night, thanks to the “beats” of artificial lighting, which causes immersion in a wall flooded by the multiplicity of historical layers of Pontevedra. 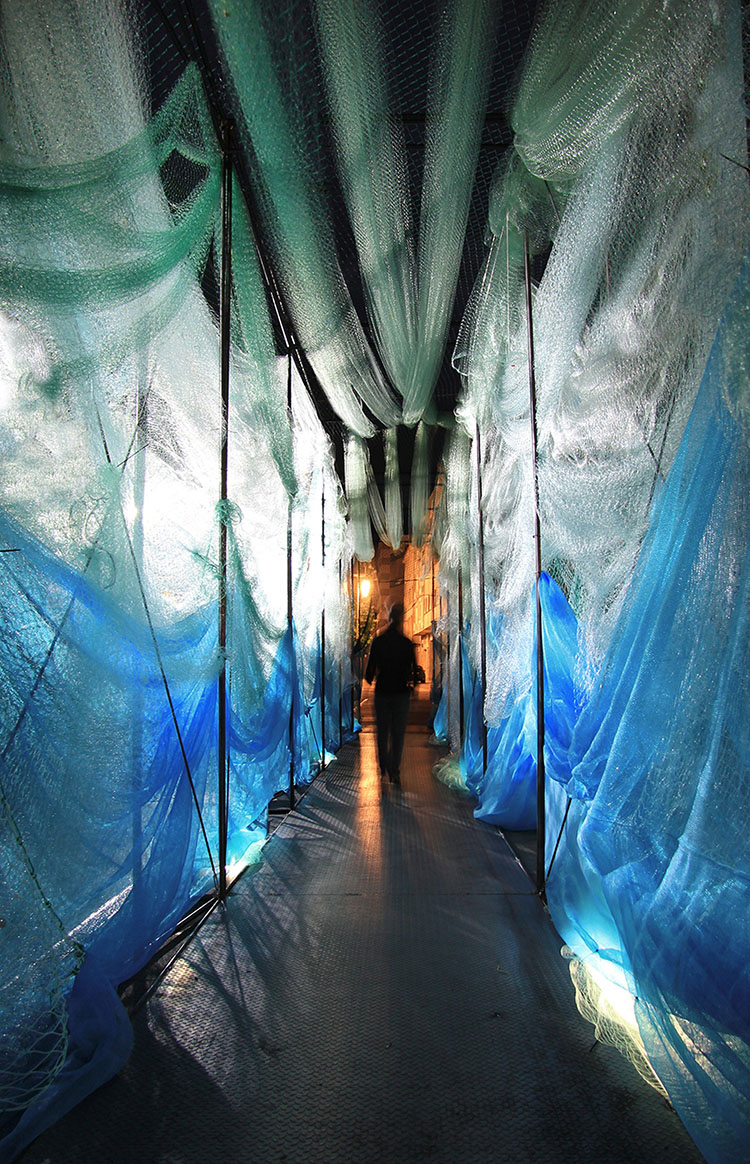 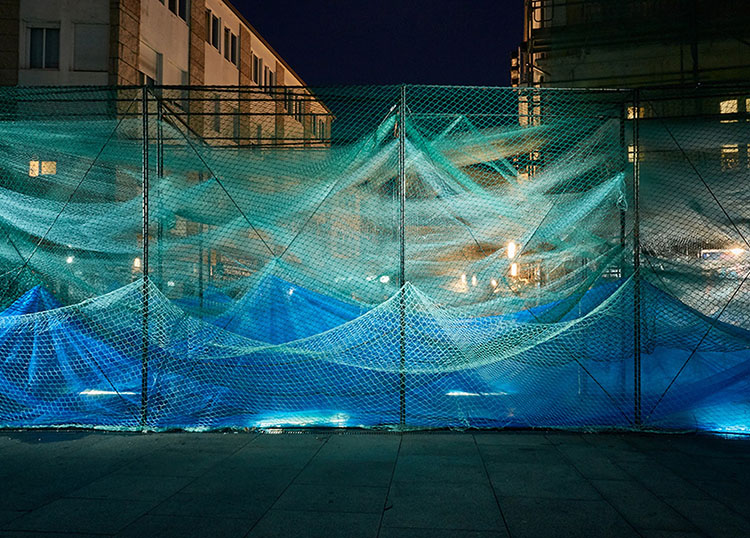