Finnish artists Pekka Niittyvirta and Timo Aho have installed three lines of light across a Scottish coastal town to show the impact of climate change. By the use of sensors, the installation interacts with the rising tidal changes; activating three synchronized light lines by the high tide. The work helps us to imagine the future sea level rise in undefined period of time, depending on our actions towards the climate warming. 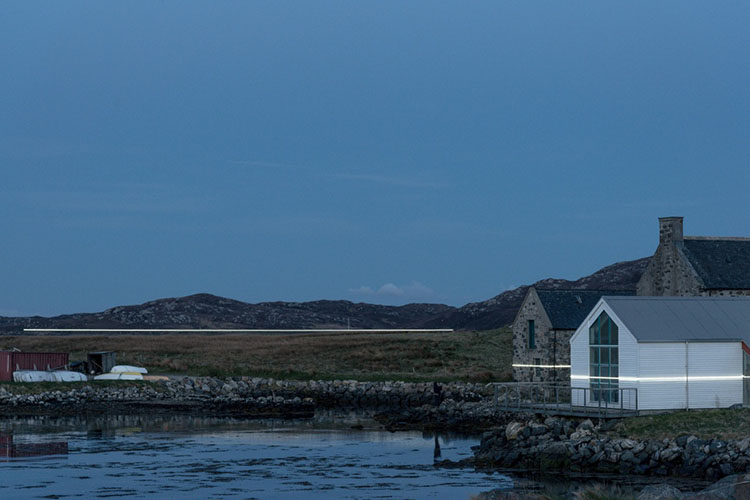 Called Lines, the installation – which cuts across the walls of a number of surrounding buildings – aims to serve as a visual warning of the long-term effects of climate change on the environment. The installation explores the catastrophic impact of our relationship with nature and its long term effects. The work provokes a dialogue on how the rising sea levels will affect coastal areas, its inhabitants and land usage in the future.

This is specifically relevant in the low lying island archipelagos like the of Uist in the Outer Hebrides off the west coast of Scotland, and in particular to Taigh Chearsabhagh Museum & Arts Centre in Lochmaddy where the installation is situated. The centre cannot develop on its existing site due to predicted storm surge sea. 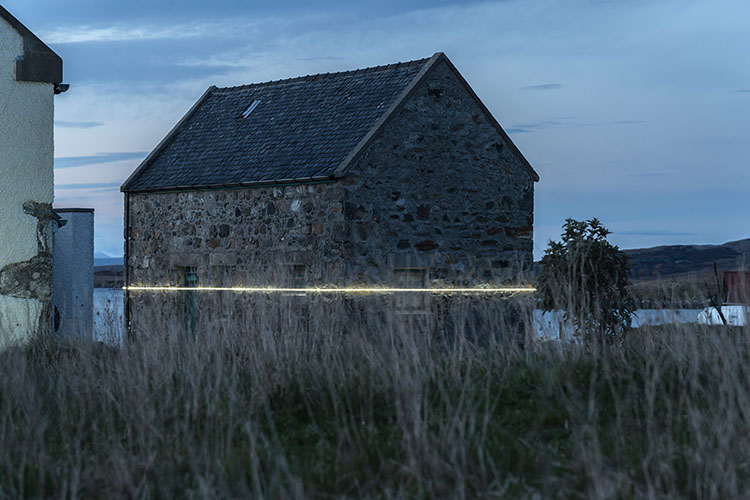 “Humans have been influencing the climate since the beginning of the industrial revolution and the effects have only been accelerating. LED lights visually resonate with contemporary consumer society,” said the artists. “We felt that this solution possibly illustrates dystopian projections of the sea-level rise in the most tangible way: a threat that is encountered within coastal communities all over the world,” they explained.

In a similar attempt to highlight the effects of climate change on the environment, last year Danish-Icelandic artist Olafur Eliasson extracted 30 blocks of glacial ice from the waters surrounding Greenland and placed them in public spaces across London, where they were left to melt. 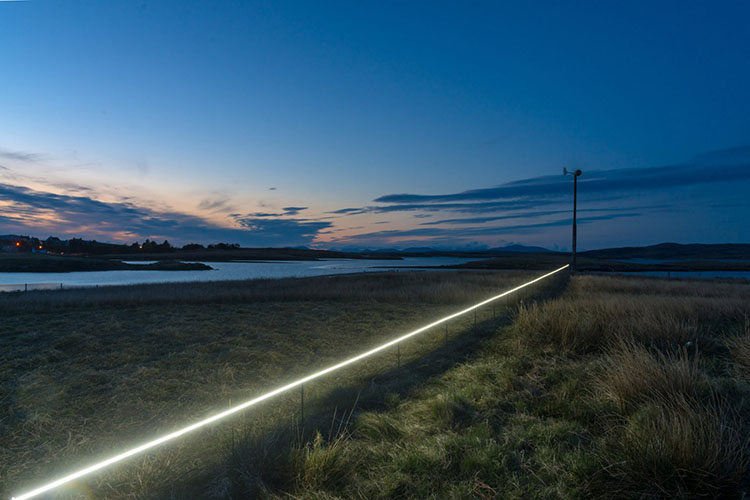 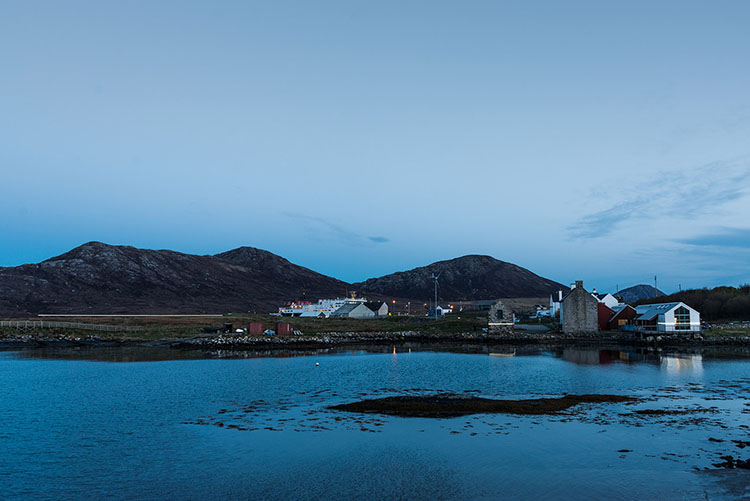 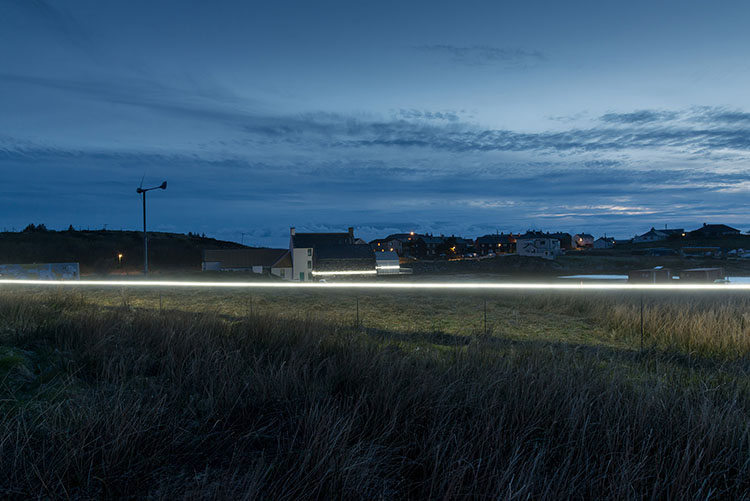