Clear Channel and brand consultancy Affairs have replaced more than 250 digital billboards across Stockholm’s Metro with digital art. The initiative aims to help combat commuter’s anxiety by displaying artwork that is created specifically to remedy negative feelings such as tiredness, fear and stress. The initiative is launched by leading outdoor media company Clear Channel, who own the network of digital billboards in the Metro. During the exhibition period, the people of Stockholm will experience the art while also influencing it, as the artwork appears in real-time, and changes based on commuters’ emotions. 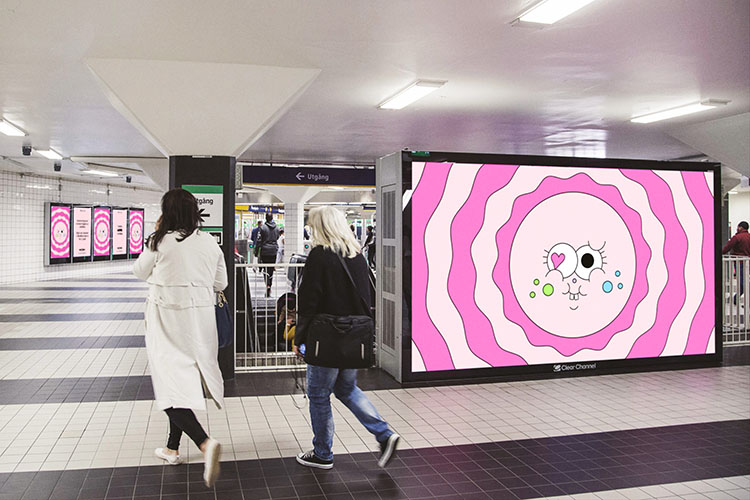 This comes as recent research shows that Stockholm’s population is the most stressed in Sweden. This is a trend which applies in many cities across the globe where metropolitan communities experience stress during their travel to work, particularly in high-intensity environments such as Metro systems.

“With over 250 connected screens, the Metro is an amazing arena to reach people. However, it is an intense environment in which we would like to create more positive experiences. Since our screens reach millions of people every day, we have this unique opportunity of using our technology and infrastructure to try different ways to engage with Stockholm’s commuters, for example a new kind of art experience” says Finn Wikander, Chief Product and Innovation Officer, Clear Channel Scandinavia. 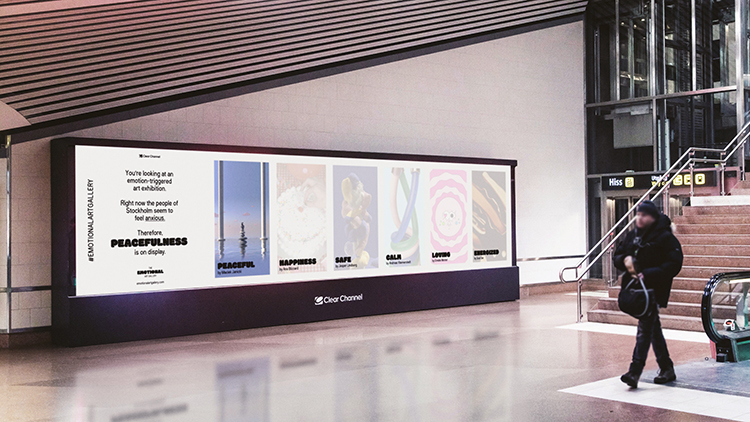 Stockholm’s Metro is known internationally as the world’s longest art gallery, with paintings, carvings, sculptures and mosaics at 100 stations, spreading across an area of over 110 kilometers. Through this initiative, which sees Clear Channel Sweden activate its network of digital billboards to display art, the city’s Metro will turn into a massive digital art exhibition as well — arguably the world’s longest.

The initiative is named “The Emotional Art Gallery” and consists of six original artworks created specifically to counteract negative emotions. Six international artists were selected and assigned to express a particular positive feeling, including happy, peaceful, energized, calm, loving and safe. Each one is the counterpart to a negative feeling, which will be picked up amongst commuters by a new tailor-made algorithm that uses public data to analyze the current mood of the city and direct what artwork to display at any given moment. 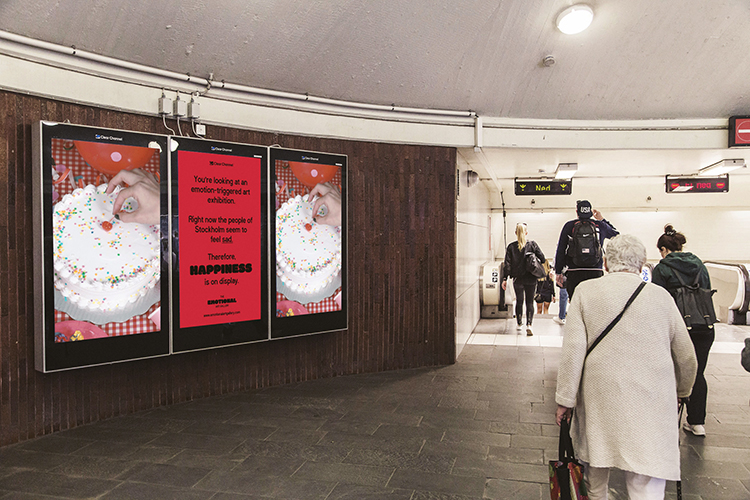 “This is an emotion-triggered art experience, a unique way of curating and displaying the work of artists from across the globe. Imagine walking into a museum where the entire exhibition is adapted in real-time to make you feel good. The selected artists represent an emerging generation of creatives that primarily work in new digital mediums. For them, a screen like this is a very natural canvas,” says Antonia von Euler-Chelpin, founder of Young Art, a platform for emerging artists that has advised on the selection of artists.

“All companies follow current news events and trends as research for their communication. So, we thought why not use this type of real-time data as a new kind of creative input, whether this is through art or advertising. It makes the content more relevant and, in this case, better adjusted for spreading joy, energy and love to the commuters,” says Finn Wikander. 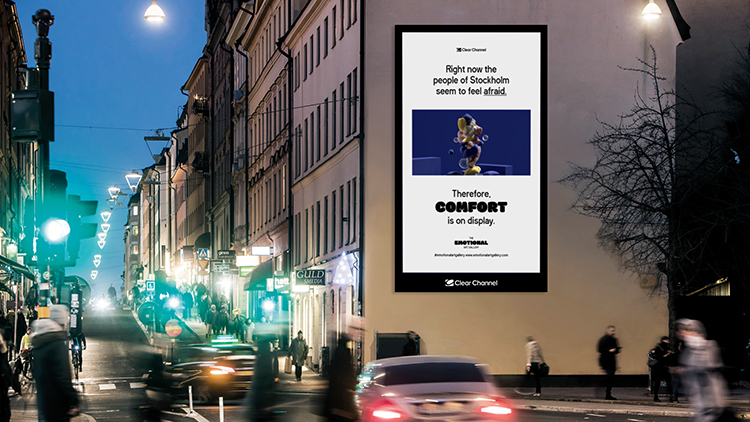 The Emotional Art Gallery was on show on digital billboards across Stockholm’s metro and train systems between 7 and 24 March 2019. Among the participating artists are Stockholm-based designer & motion graphics artist Andreas Wannerstedt and Berlin-based artist Susi Sie, who created the digital art installations for the inauguration of the Olympic Games in Rio 2016.