This Wednesday, Banksy has posted a video on Instagram that shows the World’s most famous street-artist setting up an unlicensed stall displaying a tableau of framed oil paintings in St Mark’s Square, Venice, Italy. The unauthorized display caught the attention of the police, who quickly shuffled the vendor (or Banksy himself), and his paintings, off the street without a second thought.  The episode happened on May 9th, two days after the opening of the 58th Biennale d’Arte, an event in which, the famous British artist comments on Instagram, “for some reason I was never invited”.

Throughout the clip, passersby interact with the public artwork as they seemingly appear intrigued by the politically-charged message surrounding the installation about the ever-controversial cruise ships that dwarf Venice’se’s spectacular cityscape as they make their way past the grand canal. 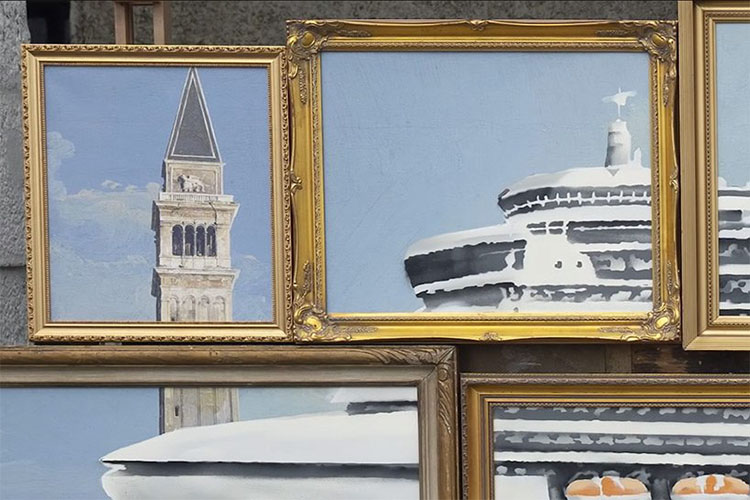 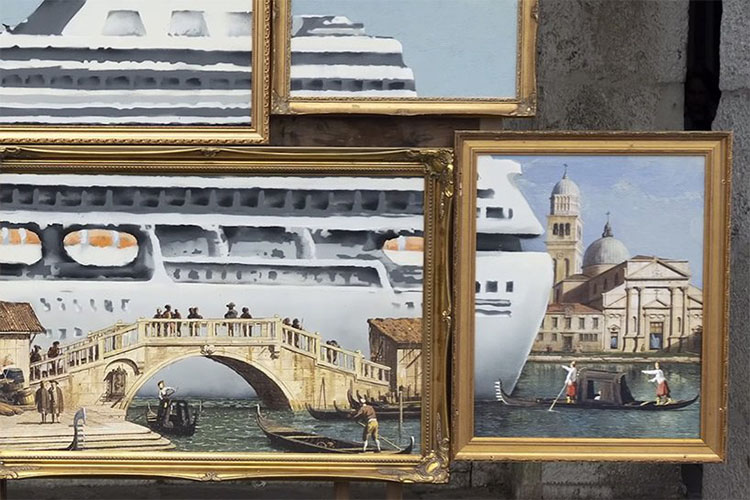 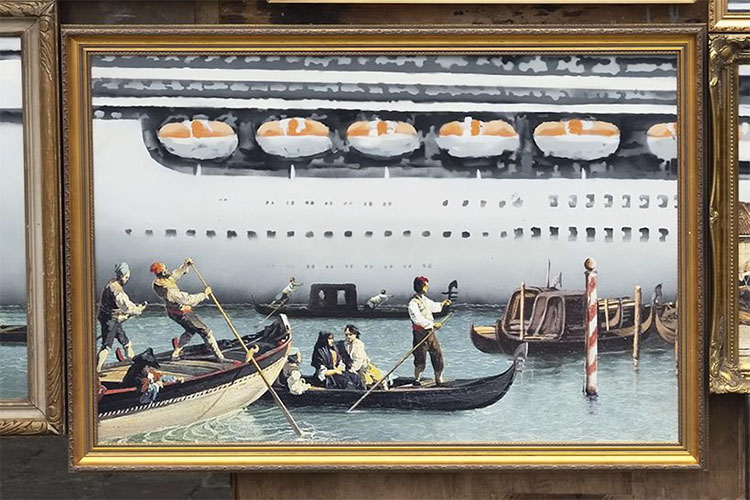 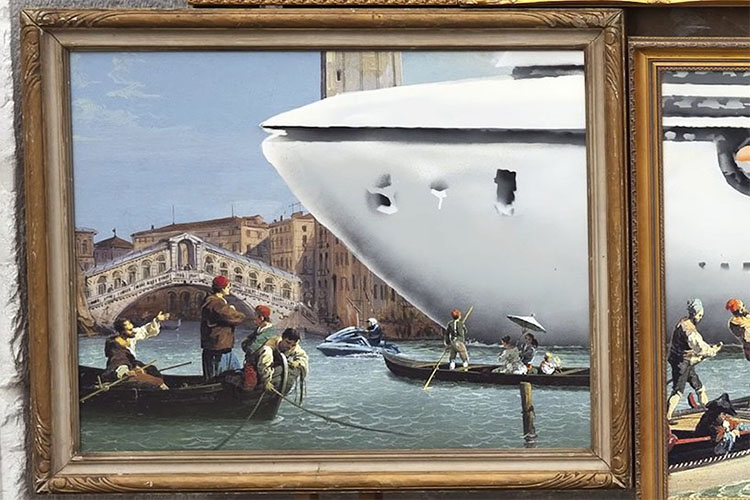 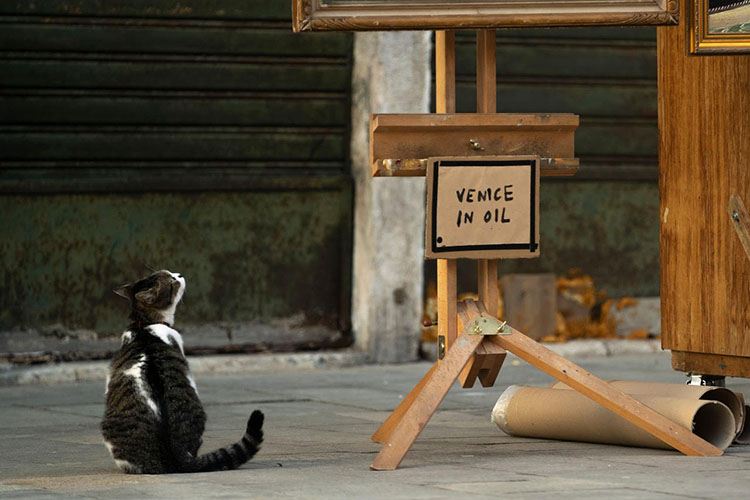