In a dual presentation of Chinese art and culture past and present, the Melbourne Winter Masterpieces series at the National Gallery of Victoria presents China’s ancient Terracotta Warriors alongside a parallel display of new works by one of the world’s most exciting contemporary artists, Cai Guo-Qiang, at NGV International, Melbourne.

Developed and curated by the NGV, Terracotta Warriors: Guardians of Immortality is a large-scale presentation of the Qin Emperor’s Terracotta Warriors, which, discovered in 1974 in China’s Shaanxi province, are regarded as one of the greatest archaeological finds of the twentieth century and widely described as the eighth wonder of the world. The exhibition features eight warrior figures and two life-size horses from the Imperial Army, as well as two half-size replica bronze chariots, each drawn by four horses. 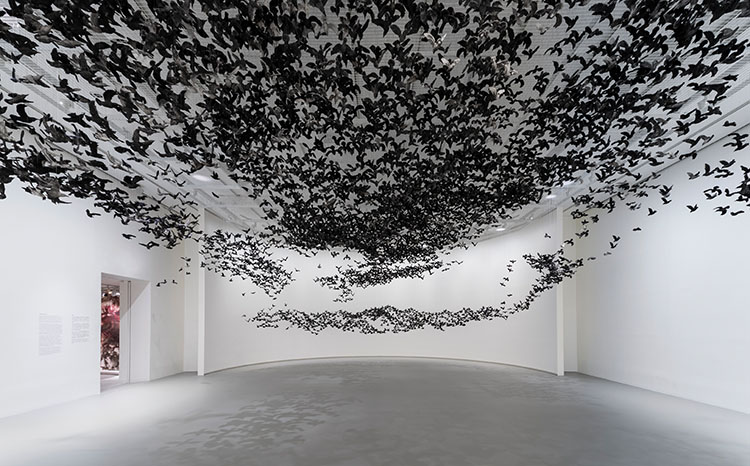 These sculptures are contextualized by an unprecedented Australian presentation of more than 160 exquisite ancient treasures of Chinese historic art and design, drawn by the NGV from leading museums and archaeological sites from across Shaanxi province. These include priceless gold, jade and bronze artifacts that date from the Western Zhou through to the Han dynasties (1046 BC – 220AD). Illuminating more than a millennium of Chinese history, the exhibition showcases the magnificence and authority of the once-entombed figures and reveals, through the intricate display of accompanying objects and artifacts, the sophistication that characterized the formative years of Chinese civilization. 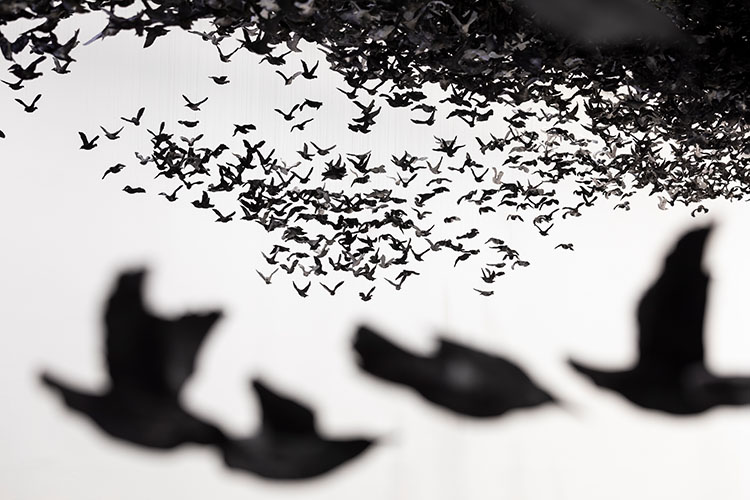 Presented in parallel, Cai Guo-Qiang: The Transient Landscape features all-new artworks by international contemporary artist Cai Guo-Qiang inspired by his home country’s culture and its enduring philosophical traditions. Created especially for this exhibition, highlight works include the monumental installation of 10,000 suspended porcelain birds, Murmuration (Landscape), 2019. Spiraling over visitors’ heads, the birds create a three-dimensional impression of a calligraphic drawing of the sacred Mount Li, the site of the ancient tomb of China’s first emperor, Qin Shihuang, and his warriors. 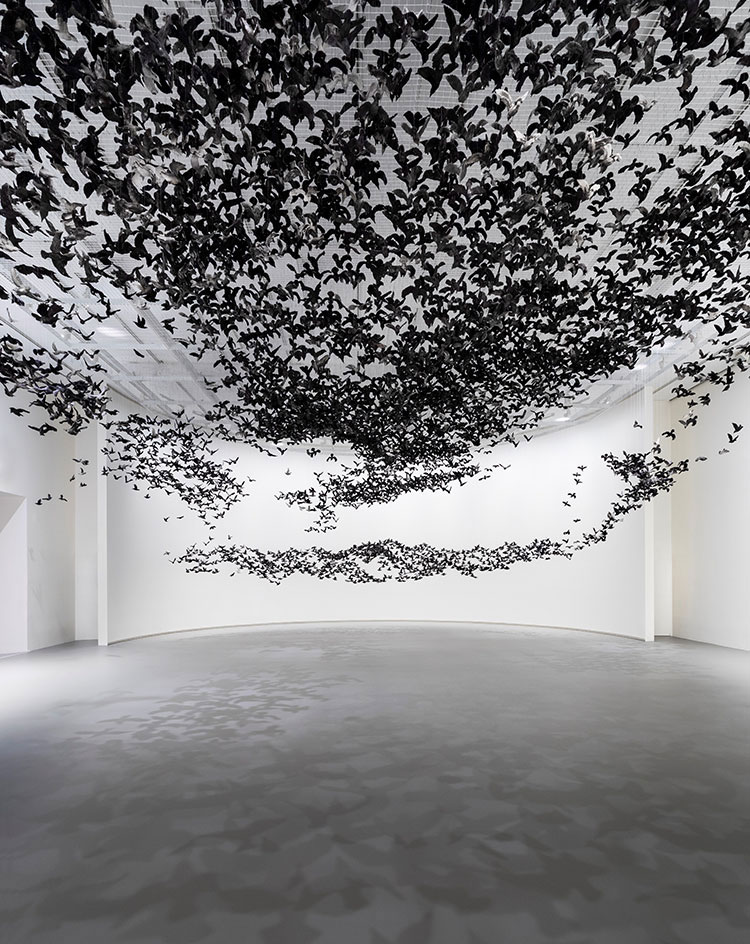 Drawing on Cai’s understanding of ancient Chinese culture and his belief that a dialogue with tradition and history can invigorate contemporary art, he has also created a porcelain sculpture of peonies, Transience I (Peony), placed at the centre of a 360-degree gunpowder painting, Transience II (Peony), both of which were created in Melbourne.

“Thirty-six years ago, in 1982, the National Gallery of Victoria presented the first international exhibition of China’s ancient Terracotta Warriors only several years after their discovery,” says Tony Ellwood AM, Director, NGV. “History will be made again in 2019, when the Qin Emperor’s Terracotta Army will return to the NGV for the 2019 Melbourne Winter Masterpieces exhibition series – this time in a sophisticated dialogue with the work one of China’s most celebrated contemporary artists, Cai Guo-Qiang.” 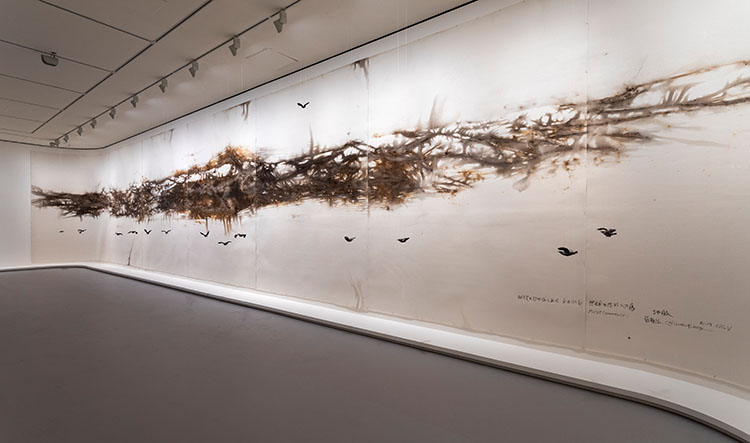 “They are two rivers of time separated by two millennia, each creating a course at their own individual speed across a series of shared galleries,” said Cai.“The ancient and the contemporary – two surges of energy that crisscross, pull, interact and complement each other, generating a powerful tension and contrast, each attracting and resisting the other.”

The Melbourne Winter Masterpieces presentation of Terracotta Warriors: Guardians of Immortality and Cai Guo-Qiang: The Transient Landscape will be on until October 12, 2019 at NGV International, 180 St Kilda Road, Melbourne, Australia. 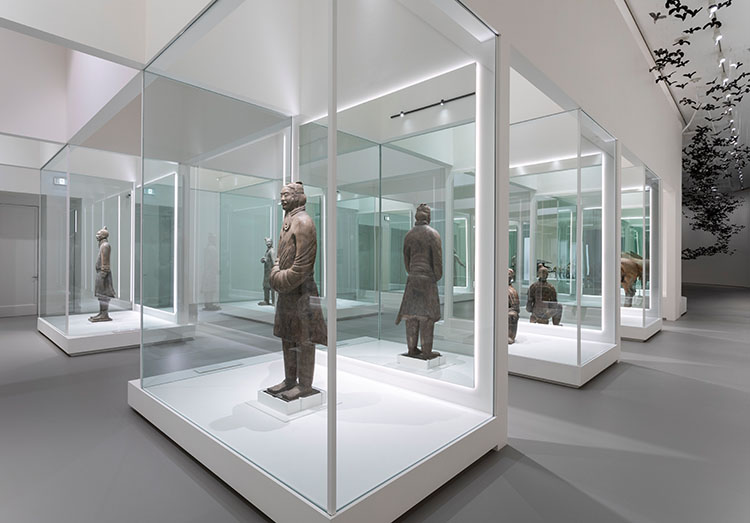 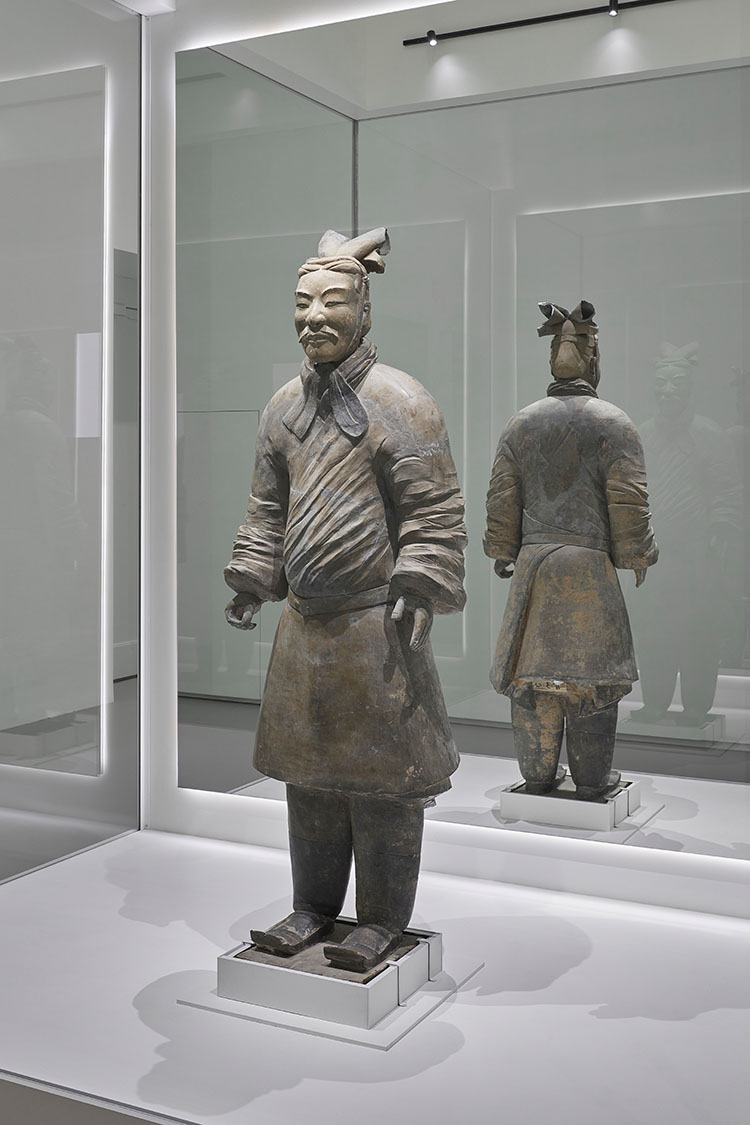 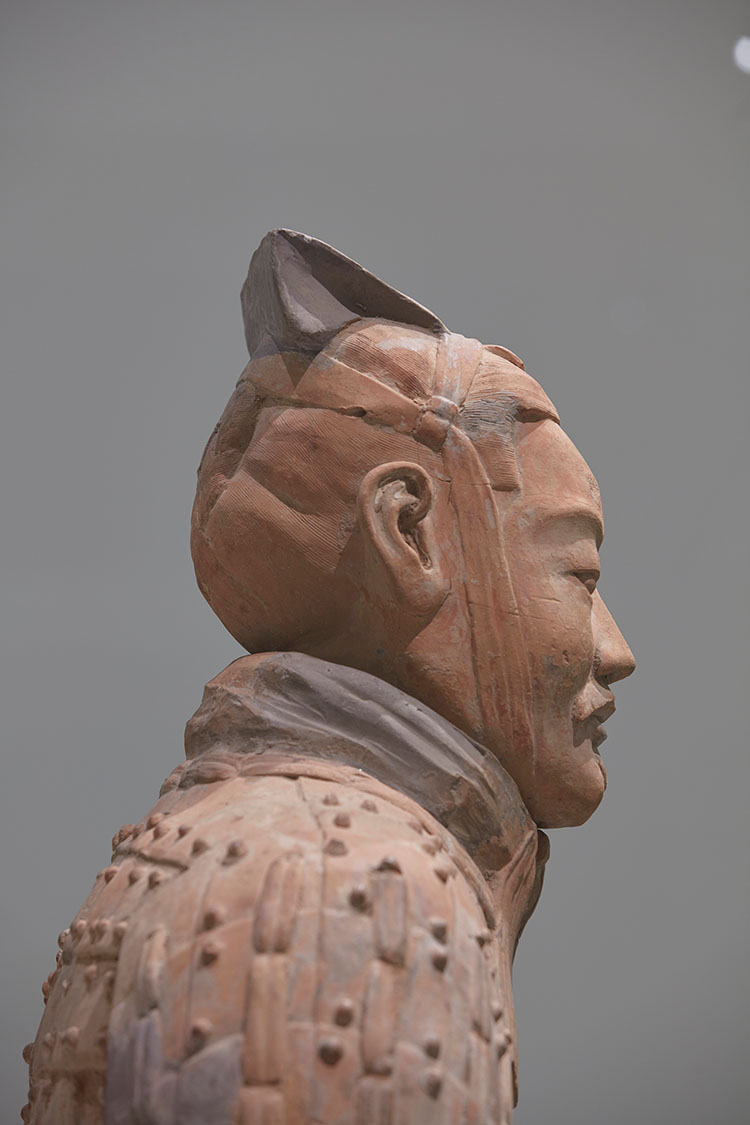