Known for his conceptual artworks spanning line drawings, paintings, and sculptures that challenge viewers’ perception of everyday objects, Irish-born artist Michael Craig-Martin has just launched a sculpture-focused exhibition at Gagosian. This is the first time his sculptures have been shown indoors, and the first time they have been exhibited as a group in London.

Among the leading generation of British Conceptual artists, Craig-Martin probes the relationship between objects and images, perception and reality, harnessing the unique human capacity to conjure ideas through symbols and signs. 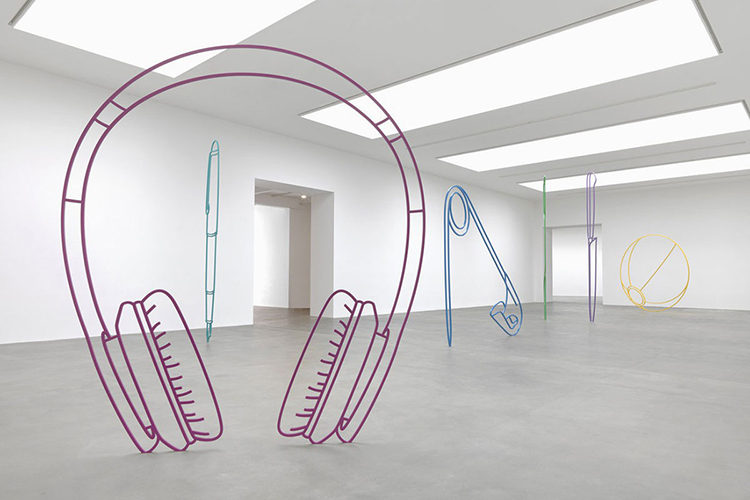 Since his time at Yale University in the 1960s—where he studied alongside artists such as Chuck Close, Brice Marden, and Richard Serra—Craig-Martin has been building on a specific vocabulary of imagery based on common, everyday items. His early work used real objects to explore the nature of art and representation, illusion and belief. 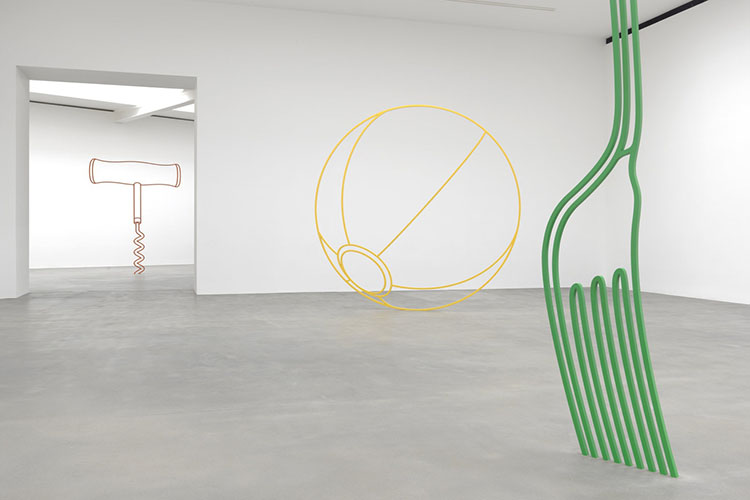 In the late 1970s he turned to making images of objects, beginning with simple and precise line drawings that have remained the foundation of his work. In the ’90s, he began a series of large, site-specific painted installations that explored the physical and imaginary relationships between viewer, object, and space. Subsequently, he turned to painting, developing his hallmark style of bold black outlines surrounded by flat planes of bright, vivid colors. 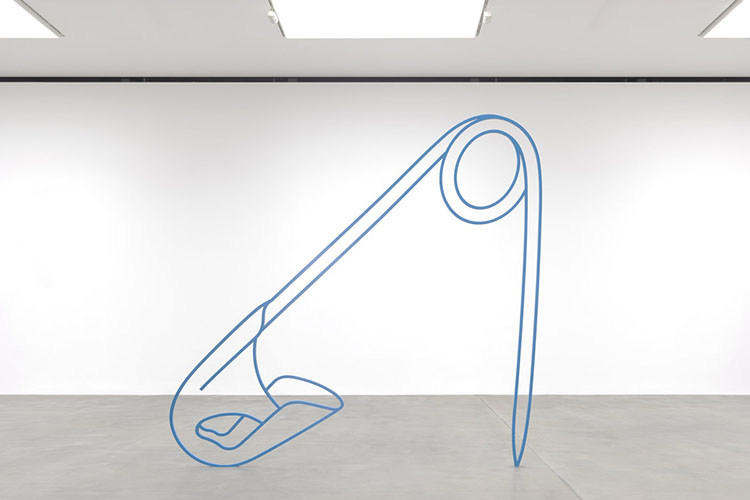 This exhibition includes six new monumental sculptures in a medium that Craig-Martin has been exploring since 2011: powder-coated steel forms that describe everyday objects and appear like line drawings in the air. The first series was shown in the gardens of Chatsworth House in Derbyshire, England, in 2014, where the sculptures were sunk into the soil of the grounds. The new works in this exhibition depict various items both timeless—as in Fork and Knife (green and purple) (2019)—and distinctly contemporary, as in Headphones (magenta) (2019). These elegant, large sculptures leave it up to viewers to attach their own personal narrative histories to the objects portrayed. 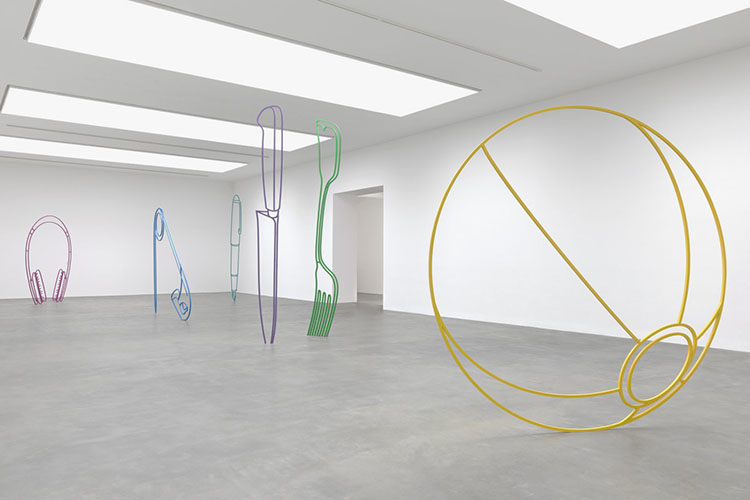 Standing between three and four meters high, the installation allows visitors to walk under and around the structures, which are discreetly sunk into the concrete floor of the gallery. The sculptures’ lines are suspended in the air at a grand scale that is both implausible with respect to the objects they signify and unexpected within the serene context of the gallery. The forms have an instant sensory, intellectual, and emotional impact; produced with exacting draftsmanship, they are placed so as to explore spatial relationships through the juxtaposition of color. Their colors—vibrant shades denoted in the works’ titles—have a synthetic, man-made quality like that of Pop art and of the objects themselves. Slyly evocative in their simplicity, Craig-Martin’s sculptures evoke the tangible experiences of everyday life while speaking to the symbolic potency and conceptual power that the represented objects hold.