At this year’s Goodwood Festival of Speed, renowned artist Gerry Judah celebrates the 70th anniversary of Aston Martin’s first race at Goodwood with a 30-meter-high sculpture. The giant converging steel arcs are crowned by an Aston Martin DBR1 — the car in which Sir Stirling Moss won the 1959 RAC Tourist Trophy at Goodwood, thereby sealing the World Sportscar Championship — racing towards the sky on a never-ending race track.

The installation is made up of nine separate triangular, steel monocoque sections with plate thicknesses of 10 and 15 mm which were fabricated at Littlehampton Welding’s workshops before being transported to the site.

To complement the Central Feature, ‘Q by Aston Martin’ – the luxury brand’s bespoke personalization service – has designed six unique Vantages, each honoring a famous race car from the company’s long and prestigious history. Just 10 of each Vantage Heritage Racing Edition will be built.

Each Vantage will also wear a new aero kit, which will be made available to all buyers of the sports car. It adds a carbon-fiber rear wing, dive planes and an extended front splitter to increase downforce. Each of the heritage cars will also have lightweight alloy wheels and a carbon-fibre interior package. 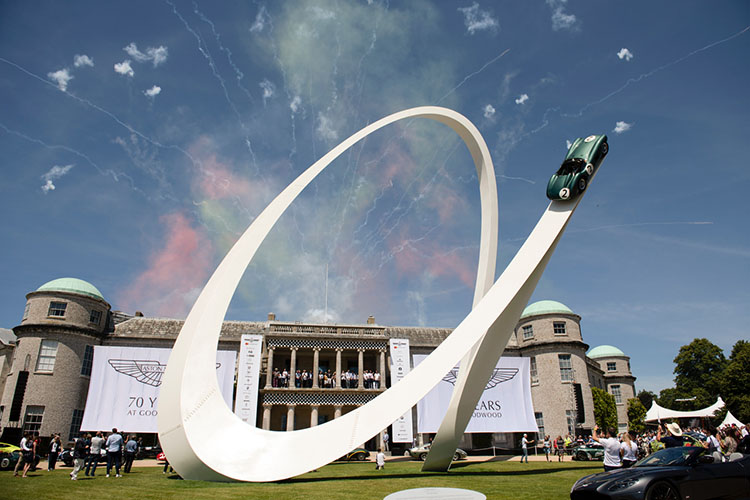 The cars that inspired the limited-run models include a 1923 Razor Blade that set two class records at Brooklands race track, the pre-war Ulster, which finished third overall at the 1935 Le Mans 24-hour race, and a Gulf-liveried car, which is a nod to the firm’s success in GT racing in more recent years. 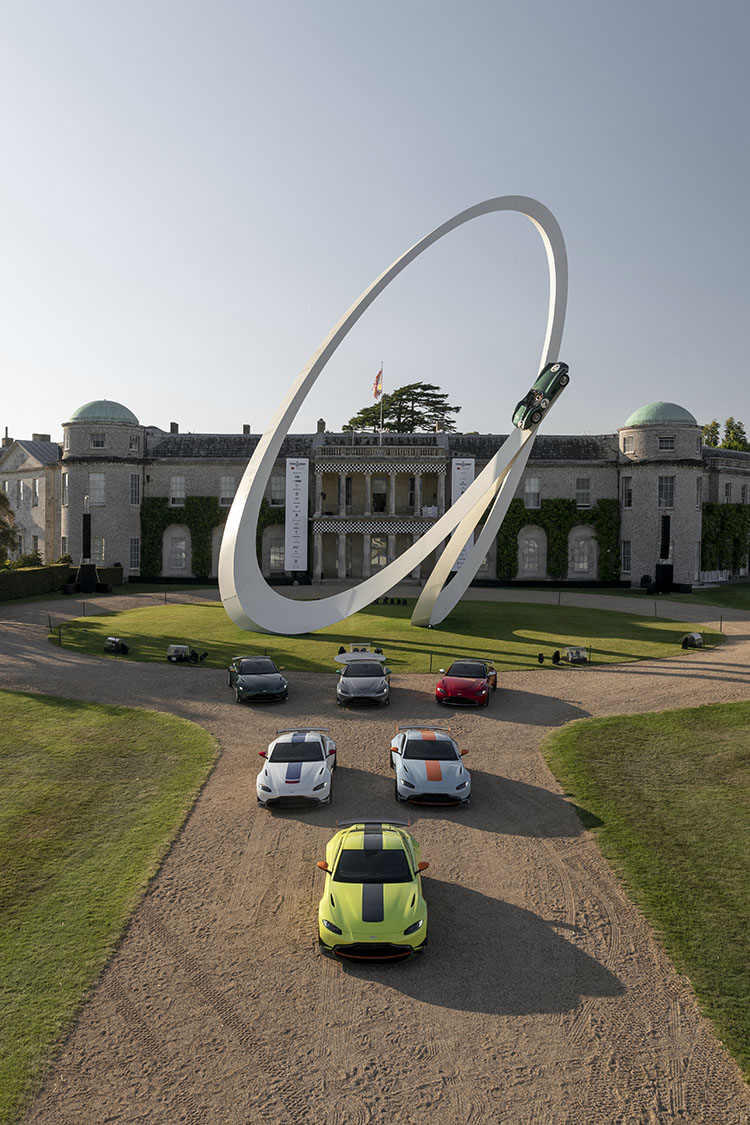 Andy Palmer, Aston Martin Lagonda chief executive, said: “It is a great honor to be celebrated at Goodwood Festival of Speed this year. Racing is a crucial component in Aston Martin’s DNA, and it is something that we have pursued since the inception of the company more than 100 years ago. We have raced all around the world but the core passion and commitment that we’ve displayed has remained the same since our first race on Aston Hill.”