The concept behind this exhibition is “Digitized Nature” (turning nature into art without harming it). This year’s exhibition has expanded, turning both Tadasu Forest and Shimogamo Shrine into an art space that changes due to the presence of people. 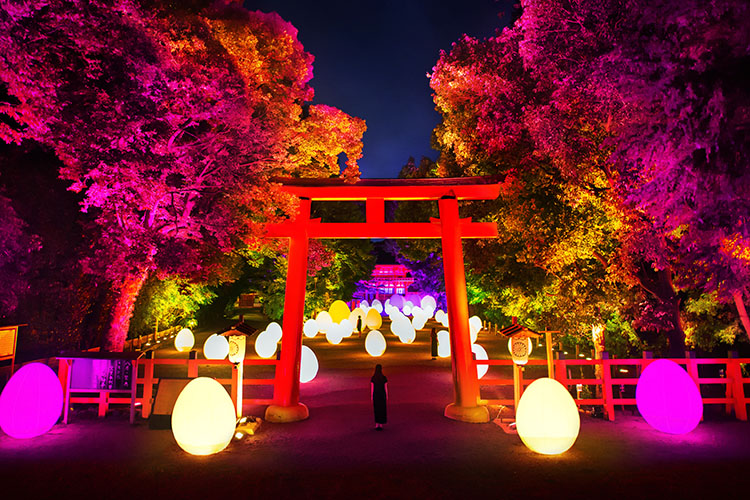 Humans exist as a part of an eternal continuity of life and death, a process which has been continuing for an overwhelmingly long time. It is hard for a person, however, to sense this in the everyday lives. teamLab believes that by using what nature has created and molded over a long period of time, humans can begin to feel the long, long continuity of time that people are normally unable to perceive. 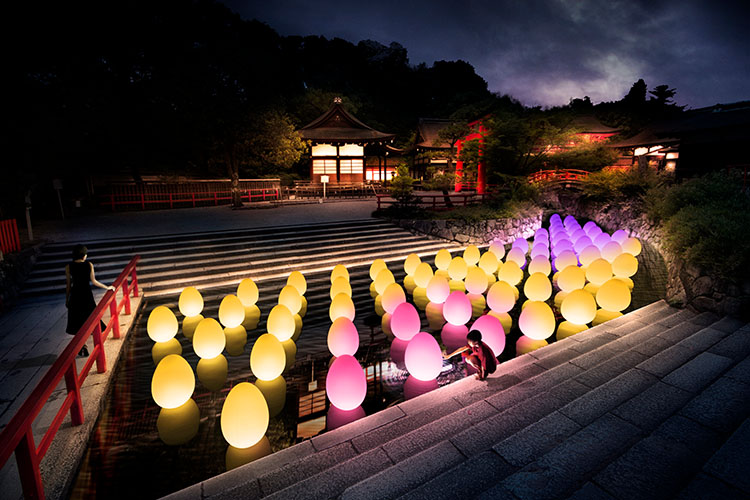 The exhibition will be on view from August 17 to September 2, 2019. Tickets are available at Lawson, Ministop and Lawson Ticket. 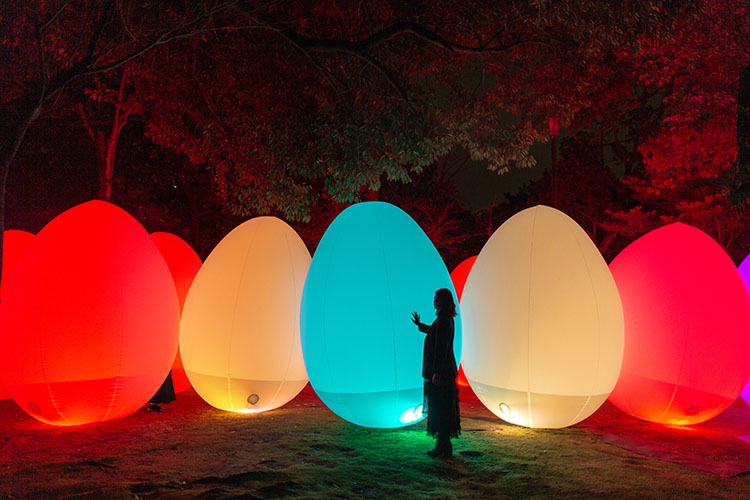