Manuel Bouzas and Santiago del Aguila have conceived The Catenary and The Arc, a temporary installation occupying the courtyard of Flores & Prats’ Casal Balaguer cultural center in Palma de Mallorca.

Unveiled during insòlit 2019, a festival of temporary installations that opened the doors of Palma’s courtyards to creativity during the first week of July. The project, curated by Aina Bigorra, Erik Herrera and Pep Rovira, wants to promote and show in an active and participative way the heritage value of the Balearic Islands, through temporary creative actions. 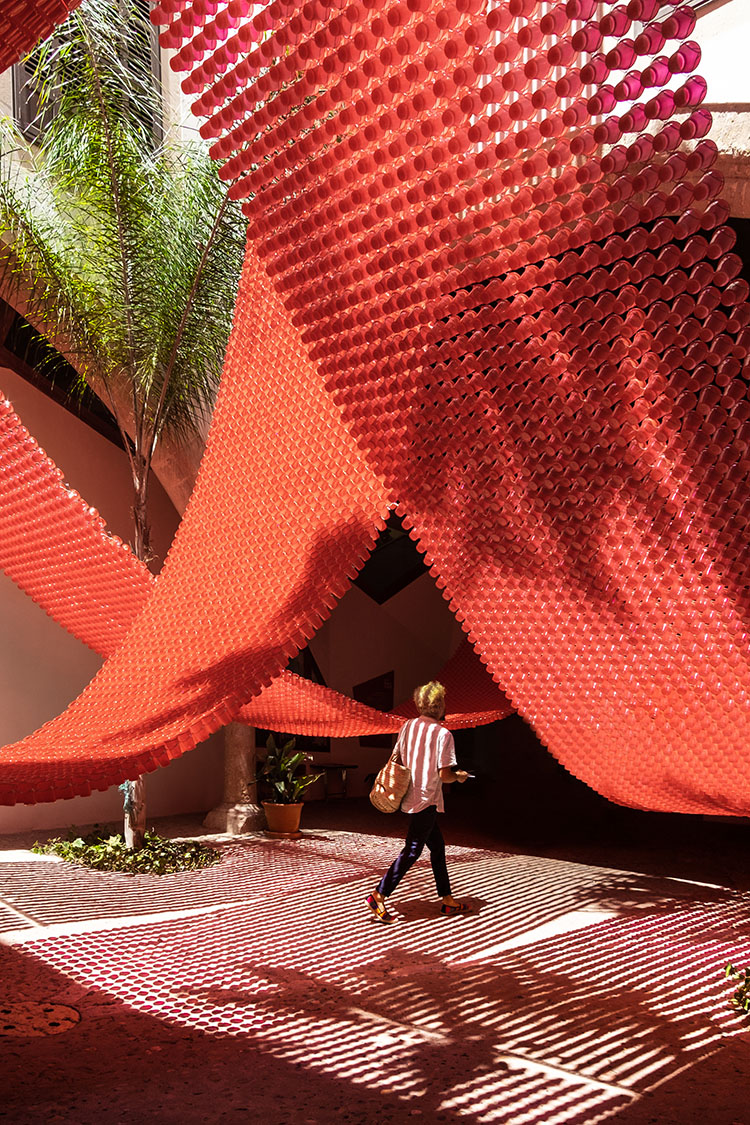 Seduced by the beauty of the stone arches in the patio of Casal Balaguer, an aristocratic house dating back to the 14th century, Manuel Bouzas and Santiago del Aguila have created a temporary installation that reflects their form with a reverse geometry. The large catenaries are built using light steel meshes and covered with acetate, projecting a warm light in the interior of the courtyard. 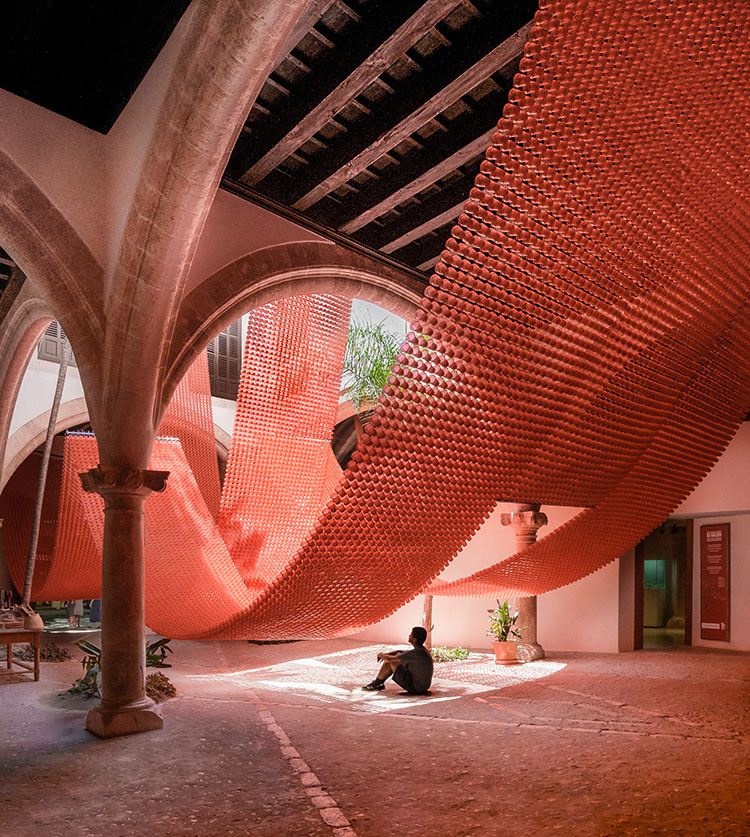 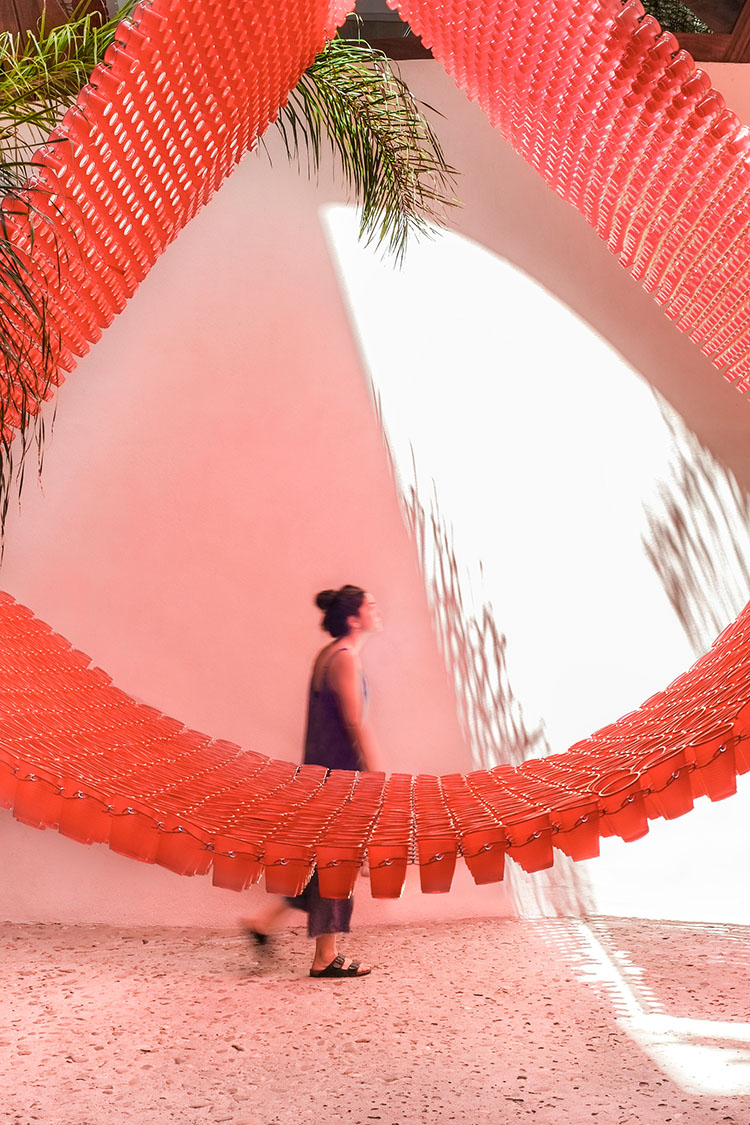