Danish-Icelandic artist Olafur Eliasson has installed five reflective spheres outside the Chase Center complex in San Francisco. “Seeing spheres is a public space that contains you and contains multitudes,” said Eliasson. “We often think of public space as empty, negative space in the city, viewed from a car or crossed on the way to somewhere else. Seeing spheres offers a place to pause, where you see yourself from the outside, as a participant in society.” 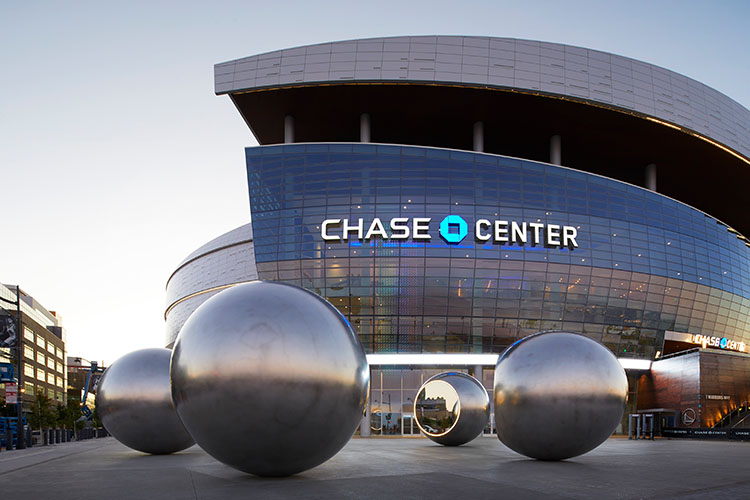 Seeing Spheres consists of five fifteen-and-a-half-feet-tall polished hydroformed steel spheres that stand in a circle around a central space. Each sphere supports a flat, circular mirrored face, framed by a ring of LED lights, which is oriented inward to reflect the mirrored faces of the surrounding spheres. Together they produce a surprising environment of multilayered, reflected spaces in which the same people and settings appear again and again, visible from various unexpected angles. 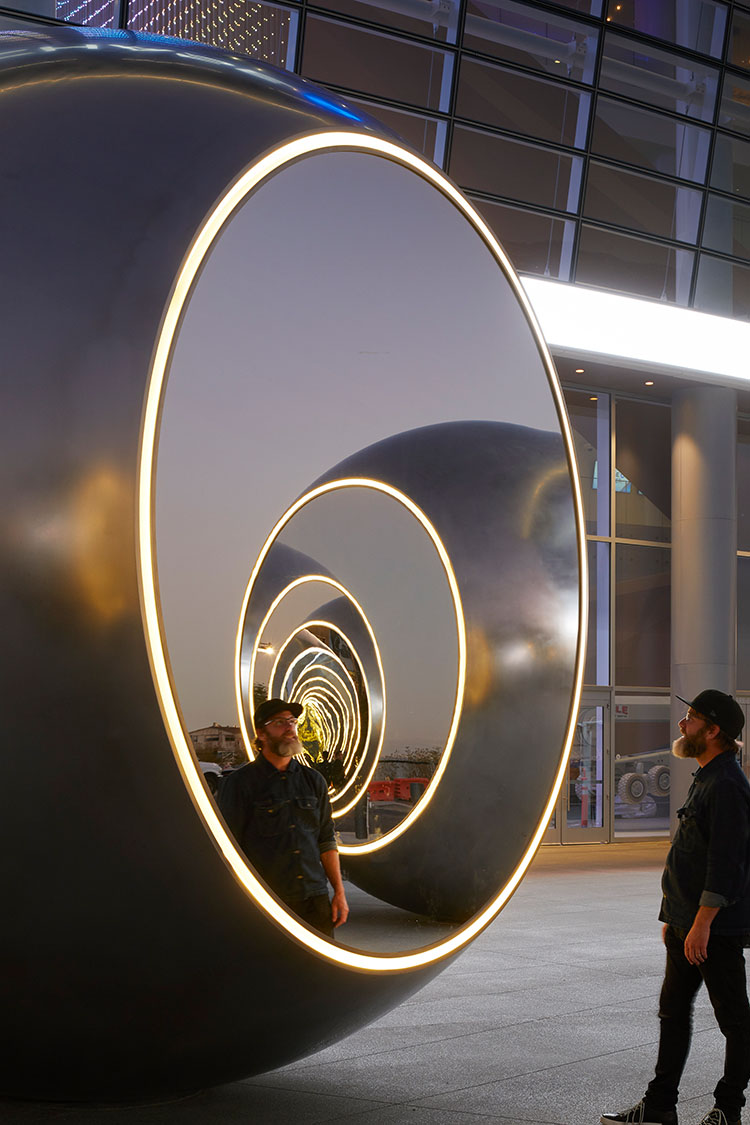 Tunnel-like sets of nested reflections open up in the mirrors, repeating countless times and disappearing into the distance. Situated on Chase Center’s 25,000 square foot triangular plaza in front of the East Entrance to the arena, this striking new artwork establishes a prominent public setting in Thrive City for visitors to meet and interact. 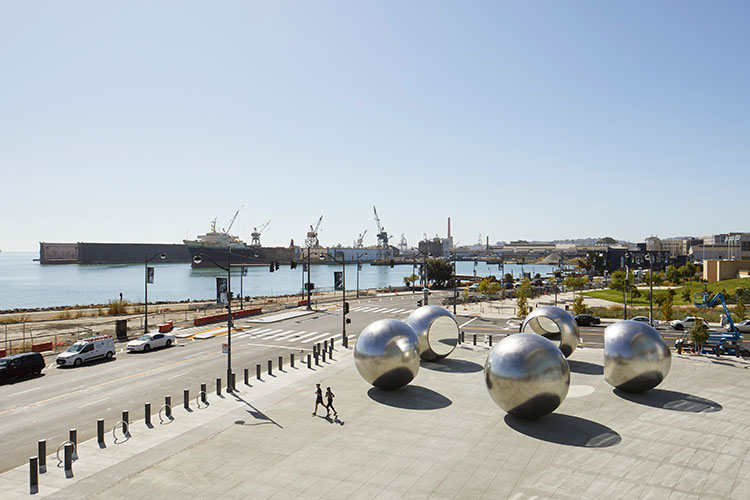 Eliasson frequently uses mirrors to expand spaces and create a subtle and playful sense of spatial confusion that stimulates awareness of our bodies and perception. Seeing spheres enables viewers to see themselves from the outside, as co-participants in the shared world that appears within the layers of virtual space conjured by the cluster of giant mirrors. The artwork heightens visitors’ awareness of themselves and their surroundings, exemplifying art’s potential to, in Eliasson’s words, “train our capacities for perceiving and interpreting the world.” 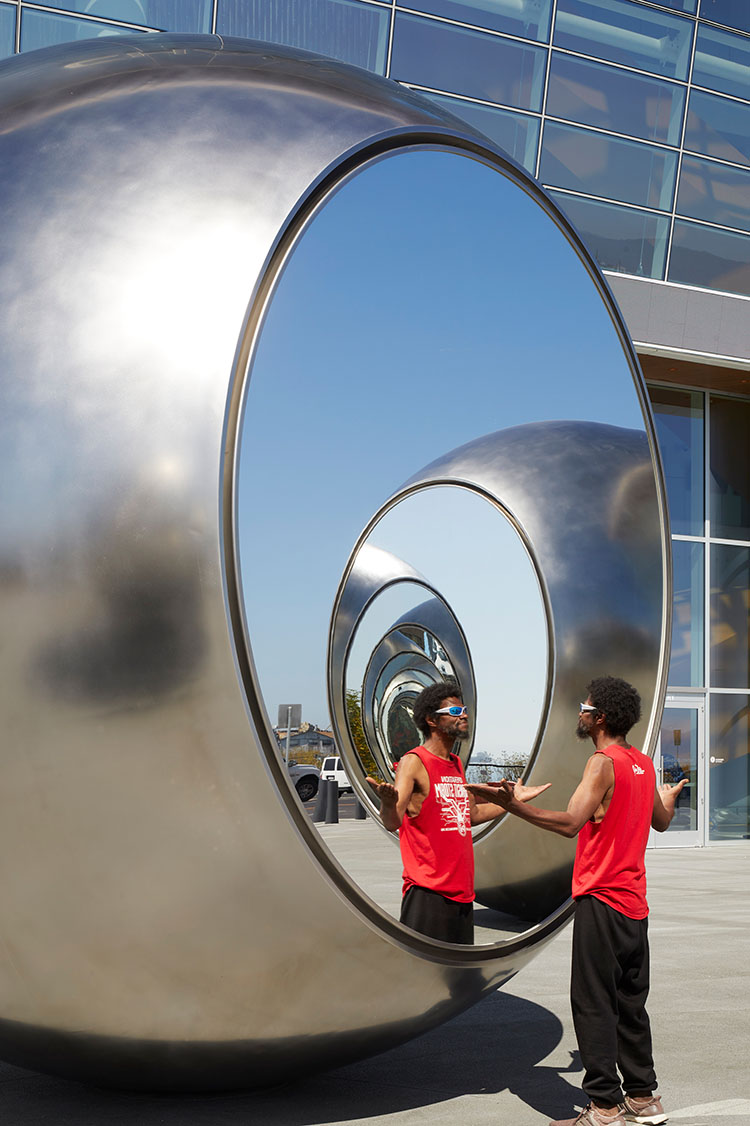 Olafur Eliasson’s art is driven by his interests in perception, movement, embodied experience, and feelings of self. He strives to make the concerns of art relevant to society at large and has become internationally renowned for the social and experiential impact of his artwork. Art, for him, is a crucial means for turning thinking into doing in the world. Since the mid-1990s, Eliasson has realized numerous major exhibitions and projects around the world with works spanning sculpture, painting, photography, film, and installation. 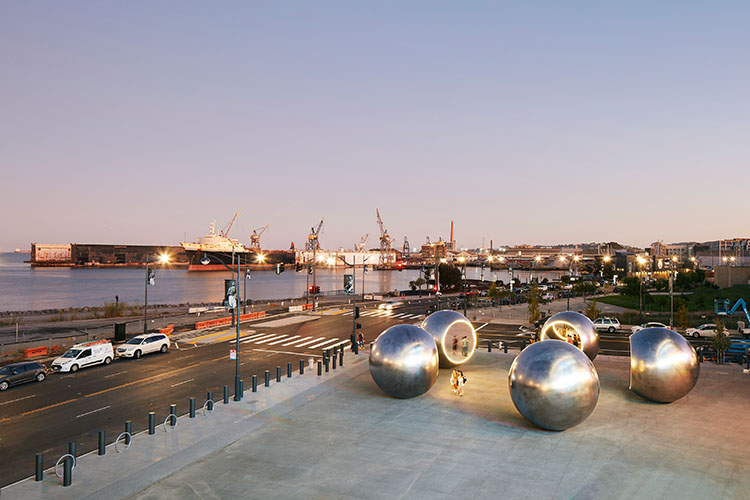 In 2007, San Francisco Museum of Modern Art hosted Eliasson’s first US-based career retrospective, Take your time. Most recently, Olafur Eliasson: In real life opened at the Tate Modern, exhibiting three decades of work by Eliasson. Not limited to the confines of the museum and gallery, his practice engages the broader public sphere through architectural projects, interventions in civic space, arts education, policy-making, and issues of sustainability and climate change.