Just outside the Belgian city of Antwerp, in the lowlands of Kruibeke, Gijs Van Vaerenbergh has unveiled a new permanent work of art entitled ‘Arcade.’ The artwork is located along a historic road which is abruptly cut by a new flood embankment. Through their spatial interpretation of this junction, artists Pieterjan Gijs and Arnout van Vaerenbergh seek to restore a connection with history.

“Arcade marks the historic connection between the village of Bazel and the polder,” Arnout Van Vaerenbergh and Pieterjan Gijs say. “We visually and symbolically connect one side of the dyke with the other. The artwork is located in the exact place where the original road turns into the new staircase on the dike.” 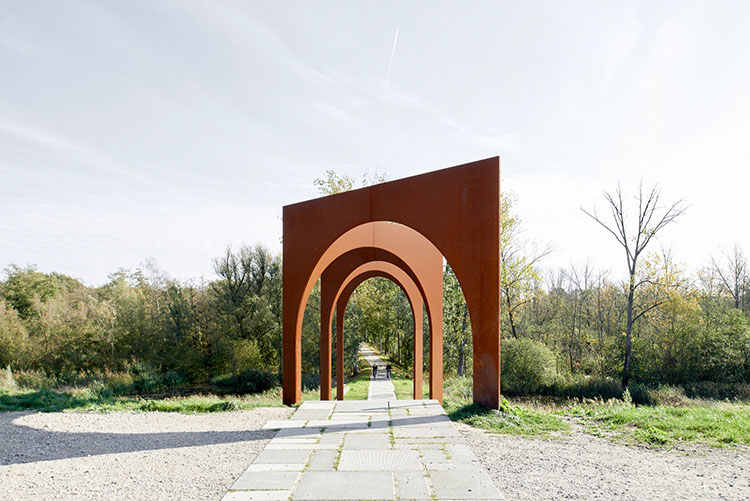 Arcade consists of five monumental steel plates that have been placed zigzag-wise on the ring dike. Classic arch shapes have been cut out of the steel plates, together forming a portico of sorts. The top sides of the plates are all aligned at the same height – their legs becoming longer as the dike descends – which heightens the suggestion that the artwork is an artefact that already existed before the flood dike was built. The sculpture, in this way, touches upon the theme of memory. 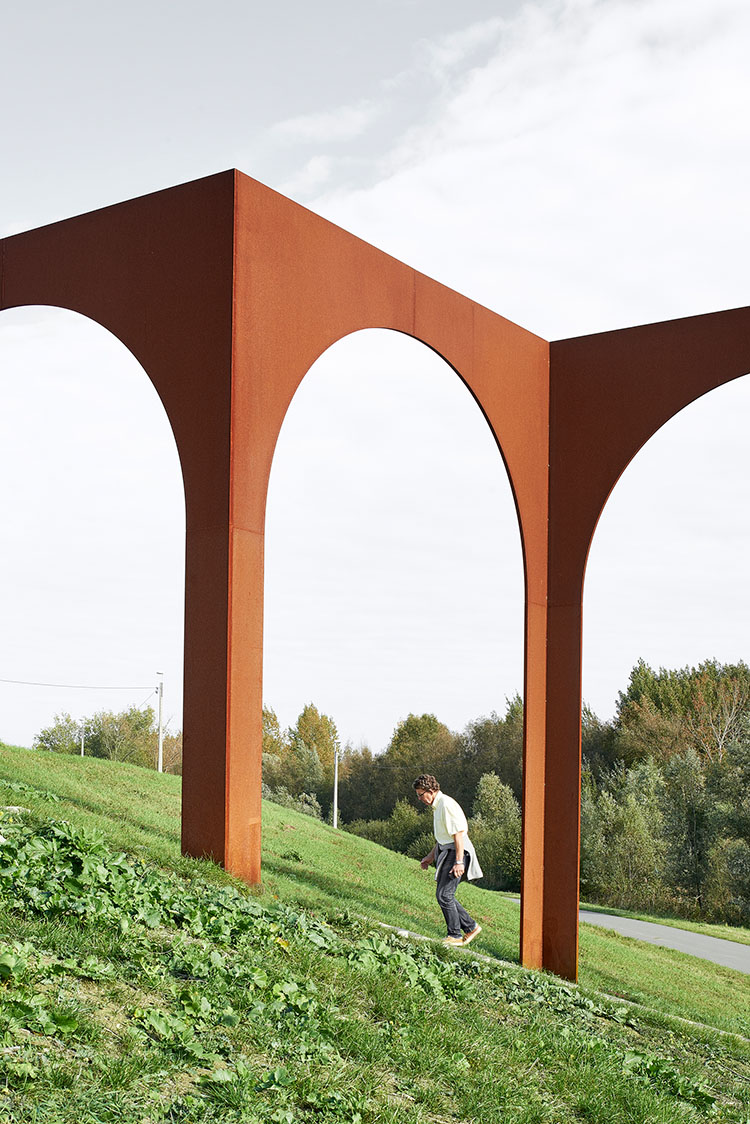 Arcade explicitly engages with to the two directions – the lateral and the diagonal – that intersect at the symbolic location on the new flood dike. “The work is experienced differently from different places,” says Pieterjan Gijs. “Those approaching the artwork from the longitudinal direction, from the flood dike, will experience it as a series of windows on the surroundings. As the viewer approaches, the planes seem to arrange themselves into folds, creating a tangible sense of depth. Viewed from the transverse direction however, the plates and their arches perfectly align behind each other, creating a sort of entrance hall over the stairway that restores the original connection between Bazel and the polder landscape.”

“Arcade formally refers to recognisable, traditional typologies such as the gallery, vault architecture or the aqueduct,” says Arnout Van Vaerenbergh. “At the same time, the zigzag shape gives the work a sculptural feel. We create a tangible space out of a flat 2D figure.” 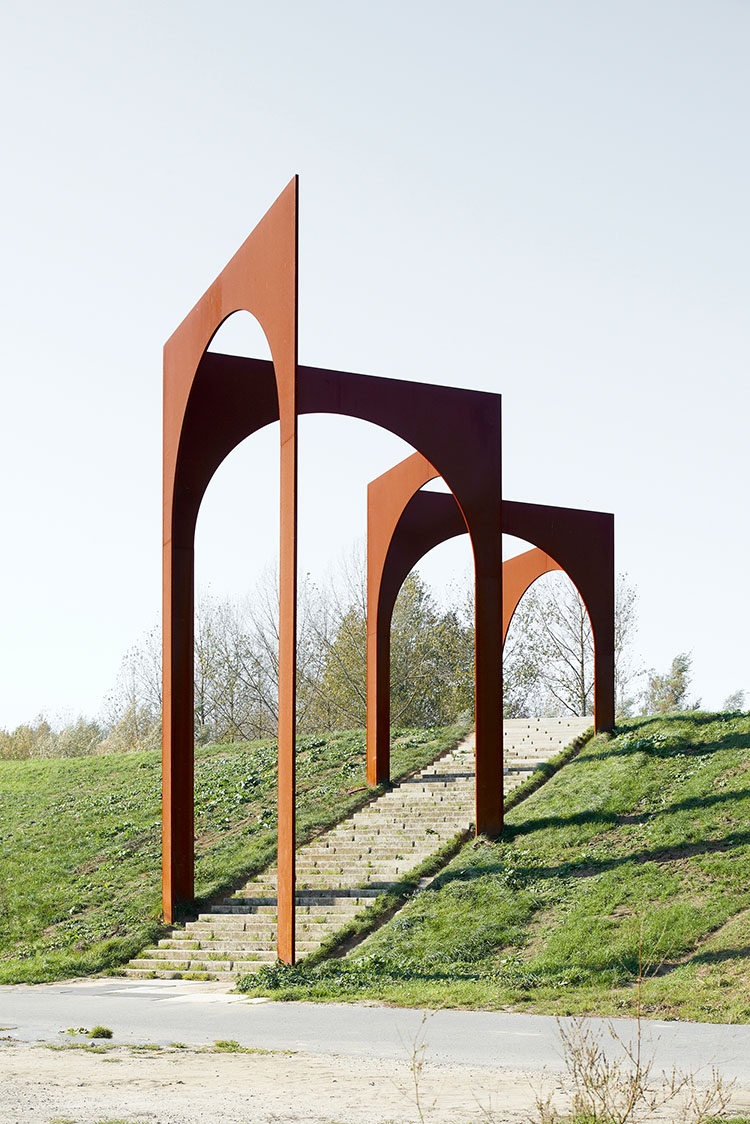 The artwork is made of 4 cm-thick steel plates. Gijs Van Vaerenbergh used weather-proof corten steel, whose rusted skin acts as a protective layer. The typical red-brown color of the steel contrasts nicely with the green environment. Arcade weighs nearly 19 tons. The highest arc measures 10 meters; the total length is no less than 27 meters. The construction of the artwork consists of joined-together prefabricated steel elements. The five arch shapes were pre-produced in a local steel workshop and mounted on foundations and welded together on site.