In a disused shop in South London, anonymous artist Banksy has set up a showroom ‘for display purpose only’. The shop, which won’t open its doors to the public, houses a selection of Banksy’s previous works, with could soon be sold online.

The protagonist of this installation is the bulletproof vest made by Banksy for rapper Stormzy, who portrays a stylized Union Jack. It is still not certain that it is the original or a copy, but it is displayed in the window, on which stands the words “Gross Domestic Product”, as if it were an article for sale. The accompanying card reads: “A version of the English John Bull men’s vest updated for modern times. This custom armor is able to stop bullets up to .45 caliber and is completely stab-proof. As worn by Stormzy at the Glastonbury festival (because it’s very dangerous there). Yet not machine washable [sic]. Signed. Edition of 5 plus 2 A / P ”. 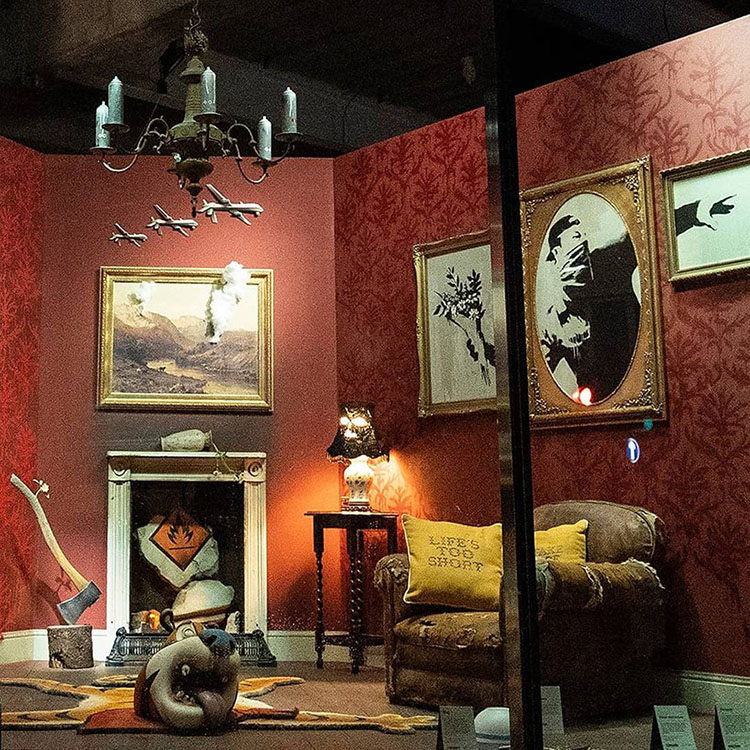 Another part of the work sees at its center a cradle where a newborn in bands seems to lie, on which numerous security cameras point, while next to it there is a series of watches, inside which run the classic Banksy-style rats. But there is also a plaque above which, in digital characters, we read “Now you have reached your destination”. 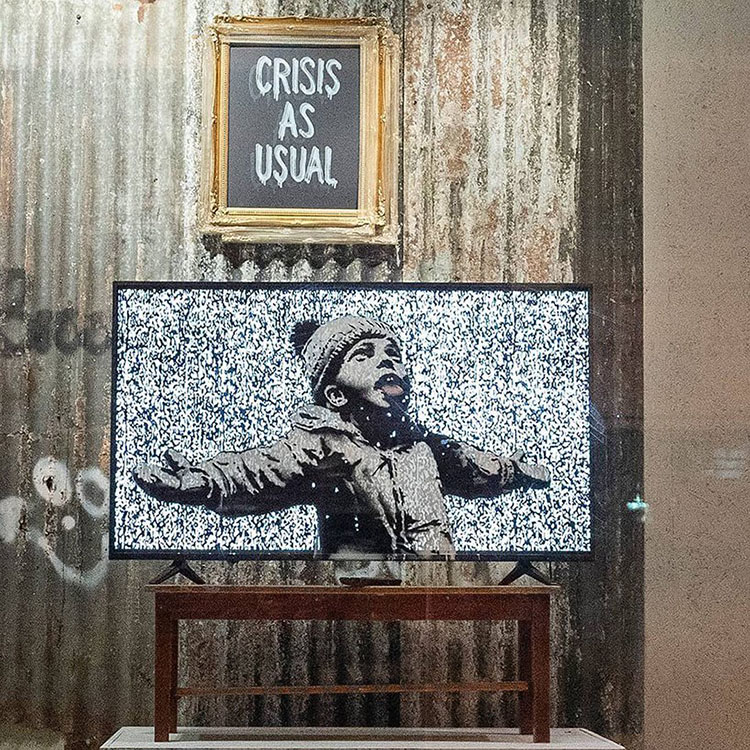 And again: toys depicting families of refugees on the run, the Tony the Tiger character of the famous English cereals, embalmed in the form of a carpet; but also drawings, icons and gadgets with typically Banskyan traits, populate the window of what used to be a gym. To top it off, a sofa with cushions reads: “Life is too short to get advice from a pillow”. 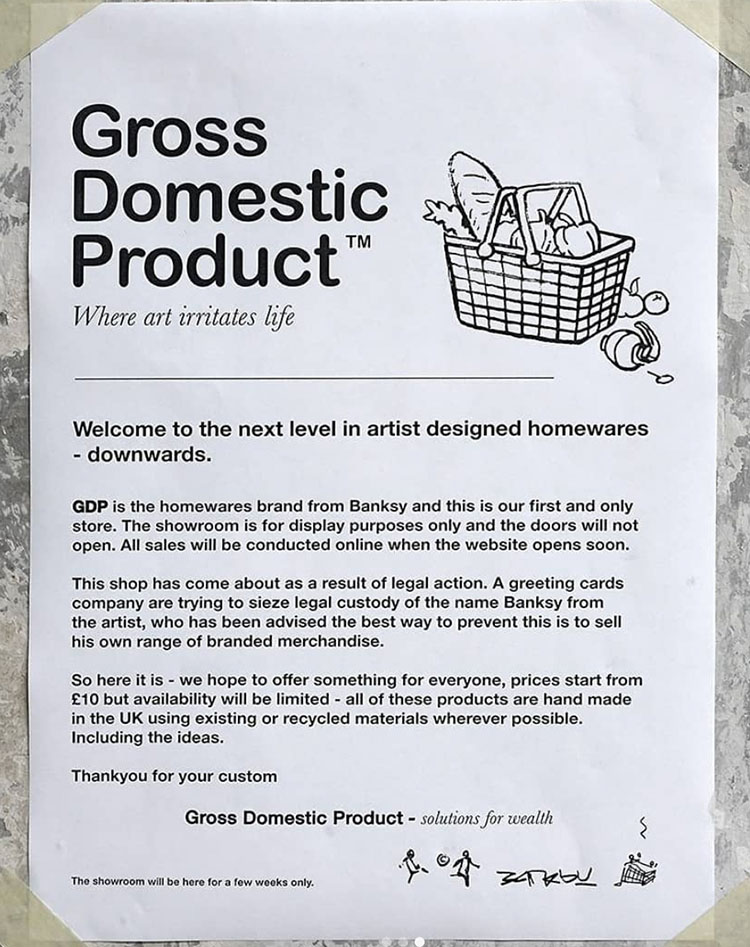 According to a post on Banksy’s Instagram, the installation — titled ‘Gross Domestic Product’ — came about as a result of legal action. A flyer at the store states that a greeting card company is ‘trying to seize legal custody of the name Banksy from the artist, who has been advised the best way to prevent this is to sell his own range of branded merchandise’. The note also states that prices for the limited edition pieces will start at £10 (approx. $12 USD) and will be available soon via Gross Domestic Product’s official website.