Over View ​is a permanent site-specific ceiling installation conceived by Los Angeles-based practice FreelandBuck for the ​Museum Lab​, the ​Children’s Museum of Pittsburgh’s​ expansion into the former Carnegie Free Library of Allegheny on Pittsburgh’s historic North Side. The installation was commissioned as part of the restoration of the historic building, which provides a new museum for older kids offering cutting-edge experiences in art tech and learning, as well as activities and spaces for a new charter school. 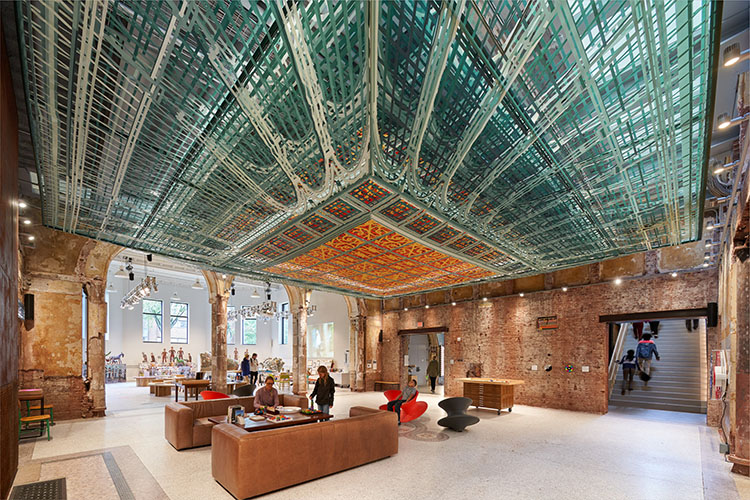 Over View​ is a three-dimensional drawing of the space it occupies, the central lobby of the former Carnegie Library space, in its original state. The 34-foot x 38-foot installation, made of printed and cut textile suspended over an aluminum frame, depicts a leaded glass ceiling that once enclosed the room before it was removed during a previous building renovation in the 1970s. “The intricacy of the original ceiling allowed us to create a dense cloud of lines overhead while clearly evoking the ornamental style of the original building,” said Brennan Buck, partner at FreelandBuck. 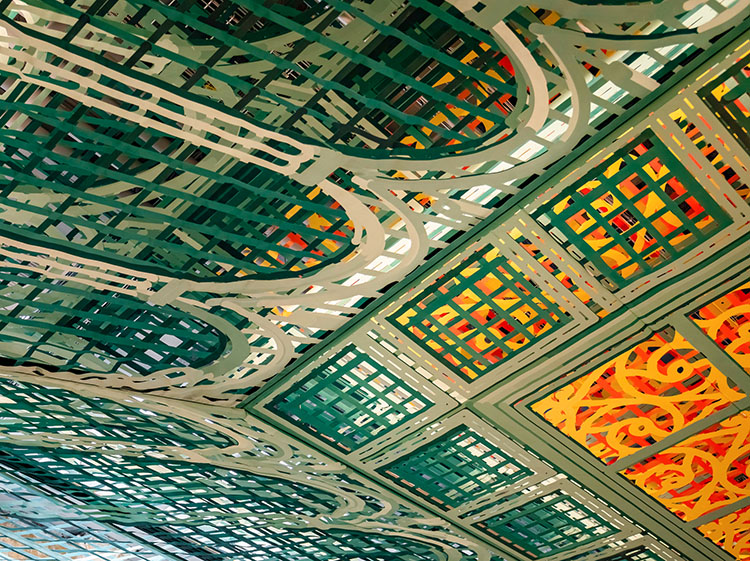 Like Renaissance-era trompe l’oeil ceilings, ​Over View uses the illusionary depth of perspective to create spaces beyond the existing architecture. Standing at the center of the room, the intricately patterned original ceiling can be seen projecting upward away from you. From other points of view, the installation becomes an abstract pattern of lines projecting down toward the floor. “Museum Lab is designed for older children, and the project presents them with a visual puzzle to solve, one that they can control and manipulate as their viewpoint changes when they move through the room” says David Freeland, partner at FreelandBuck. ​ 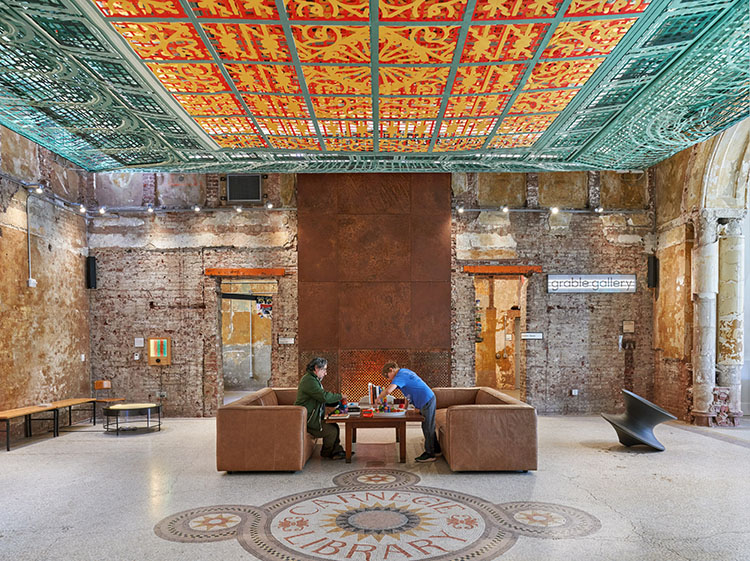 Over View ​is the second in a series of explorations by FreelandBuck into expanding the limits of drawing. ​Parallax Gap​, the previous installation, was commissioned in 2017 by the Rewnick Gallery at the Smithsonian Museum of Art and was exhibited there through February 2018. The FreelandBuck project team includes David Freeland, Brennan Buck, Alex Kim, and Michael Raymundo. 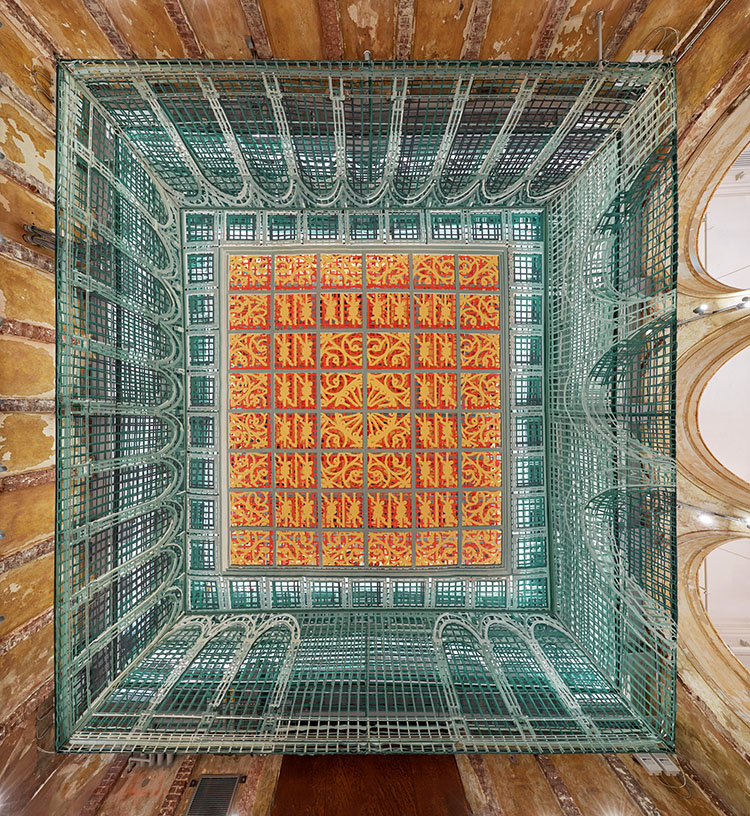 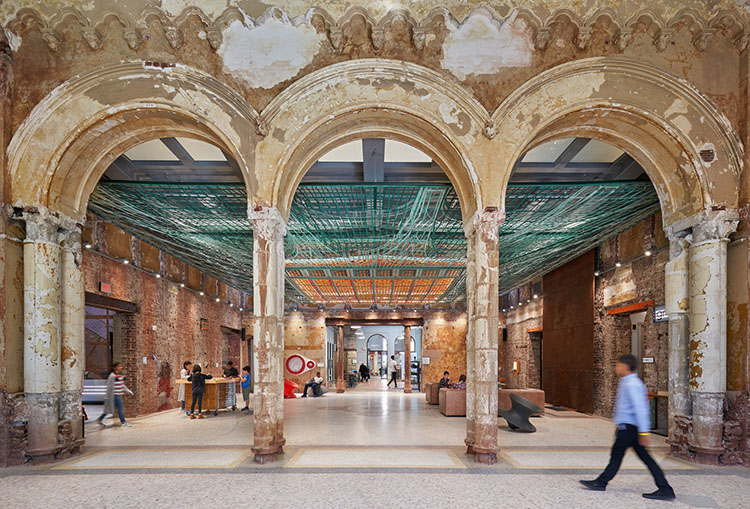 Named “One of the Nation’s Ten Best Museums for Families” in ​USA Today’s​ 10 Best Reader’s Choice Contest in 2017, the Museum welcomes over 306,000 visitors annually and provides tons of fun and loads of “real stuff” experiences for play and learning. Hands-on, interactive exhibit areas and experiences that inspire joy, creativity and curiosity include The Studio, MAKESHOP, Waterplay, Nursery, Theater and Backyard.