Studio Roosegaarde has memorialized the 104.000 victims of the Holocaust in the Netherlands with an interactive installation, titled Levenslicht, unveiled last week in Rotterdam. The purpose of the light monument is to raise awareness that Jews, Roma and Sinti lived throughout the Netherlands and that the people who were persecuted, deported and murdered during the Second World War were locals or neighbors.

On January 27, 2020, it is seventy-five years ago that Auschwitz concentration and extermination camp, the international symbol of the Holocaust, was liberated. This temporary light monument is dedicated to the Dutch Holocaust victims in the municipality they were deported from. 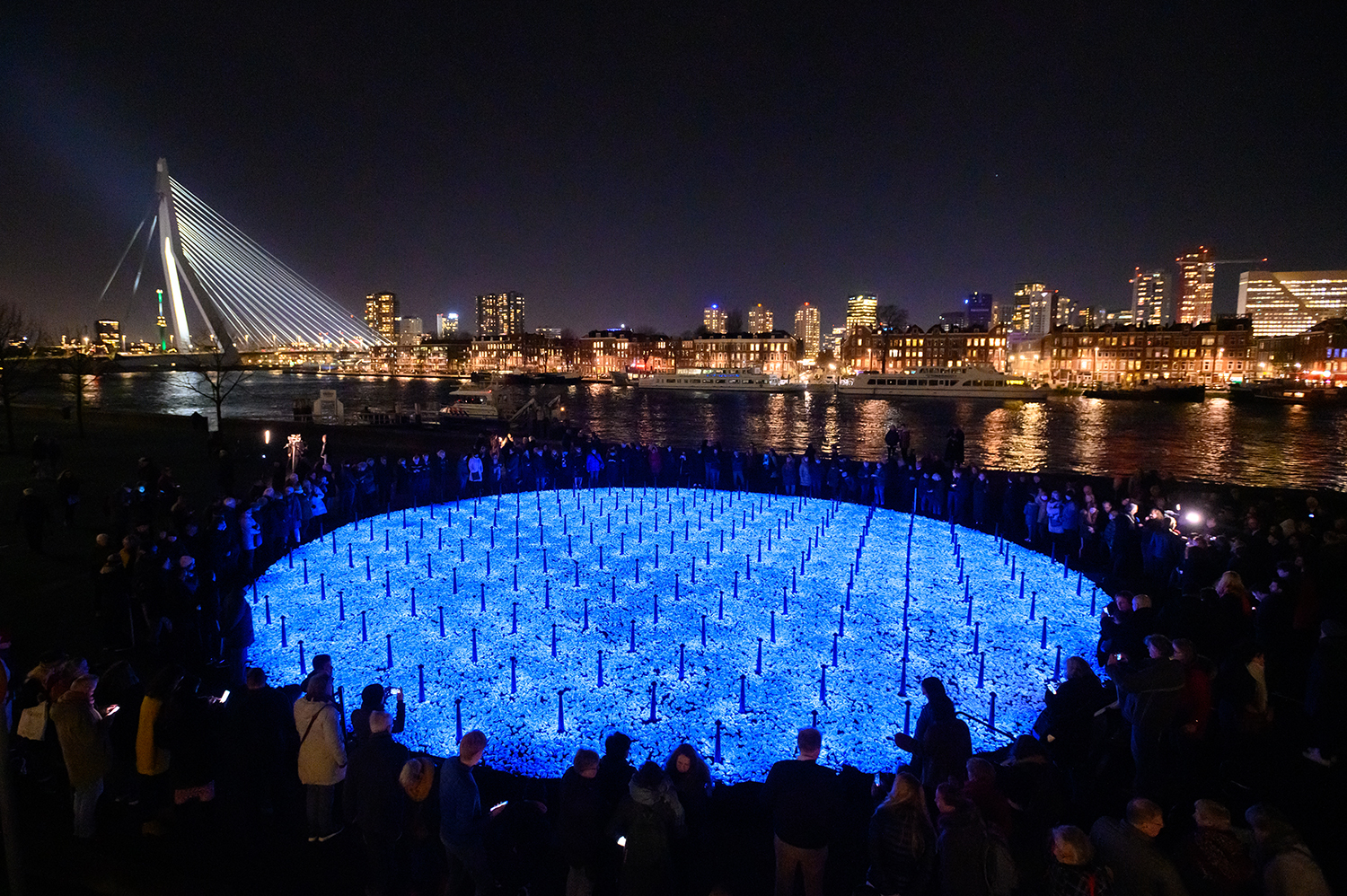 In Rotterdam, the monument can be seen once in its total size, with 104,000 luminescent memorial stones lit up on the banks of the Maas where the victims of Rotterdam were collected and deported at the time.

The monument can be visited from January 22 to February 2 in 170 Dutch municipalities with a Holocaust past. Never before has the Holocaust been commemorated in so many places at the same time. 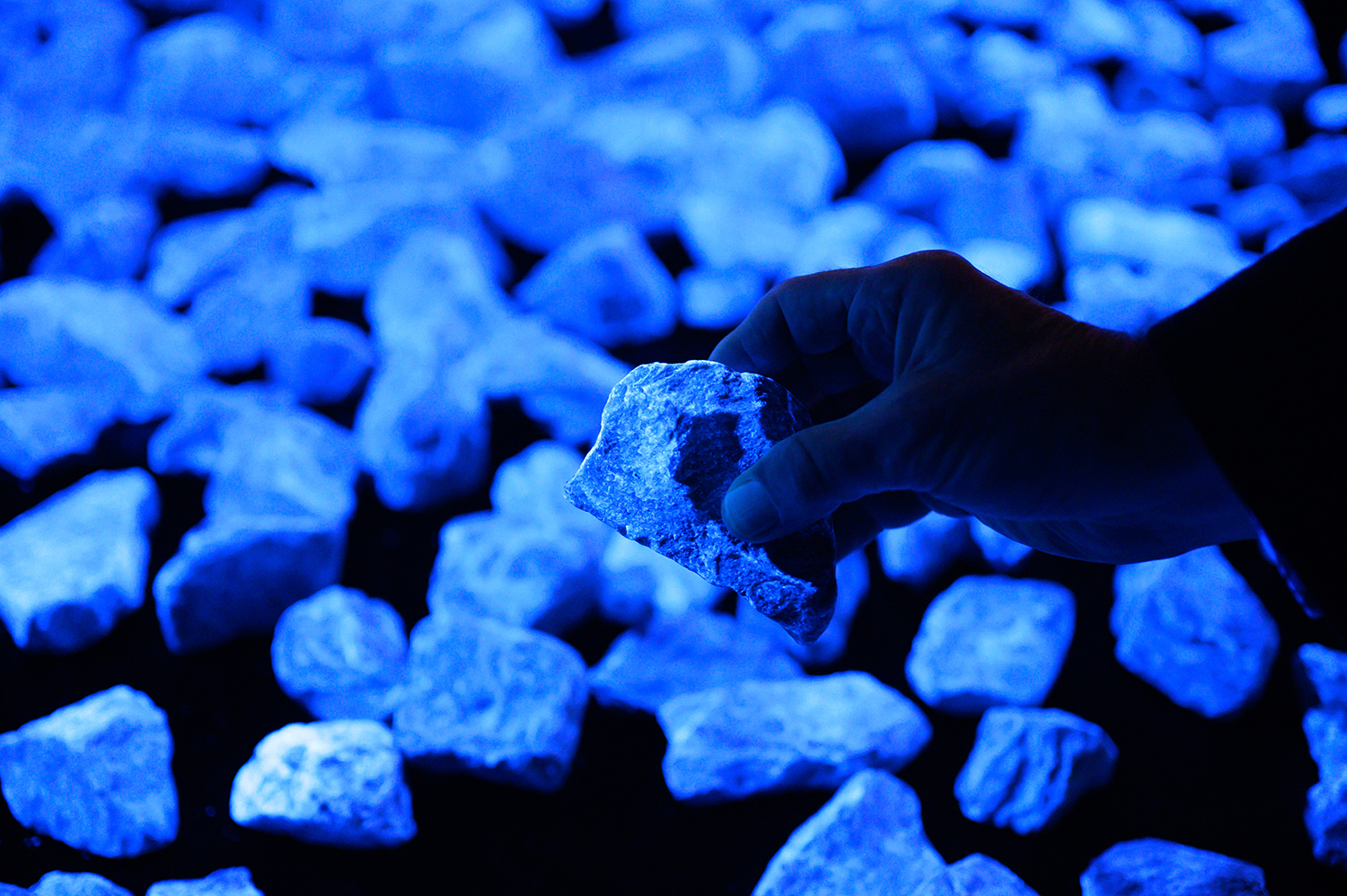 Stones are important in both the Jewish memorial tradition and in Roma and Sinti culture. Daan Roosegaarde and his team have used this tradition as inspiration. The luminescent memorial stones are absorbed with fluorescent pigments and light up under the influence of invisible ultraviolet light. Every few seconds you see the stones radiate a blue color which extinguishes again: like a breath in light.

“It is an honor to be asked for this project and to be able to make a public light monument to remember the Holocaust,” says Daan Roosegaarde. “Levenslicht is a place for everyone where we remember the past, but also think about what the future may look like.” 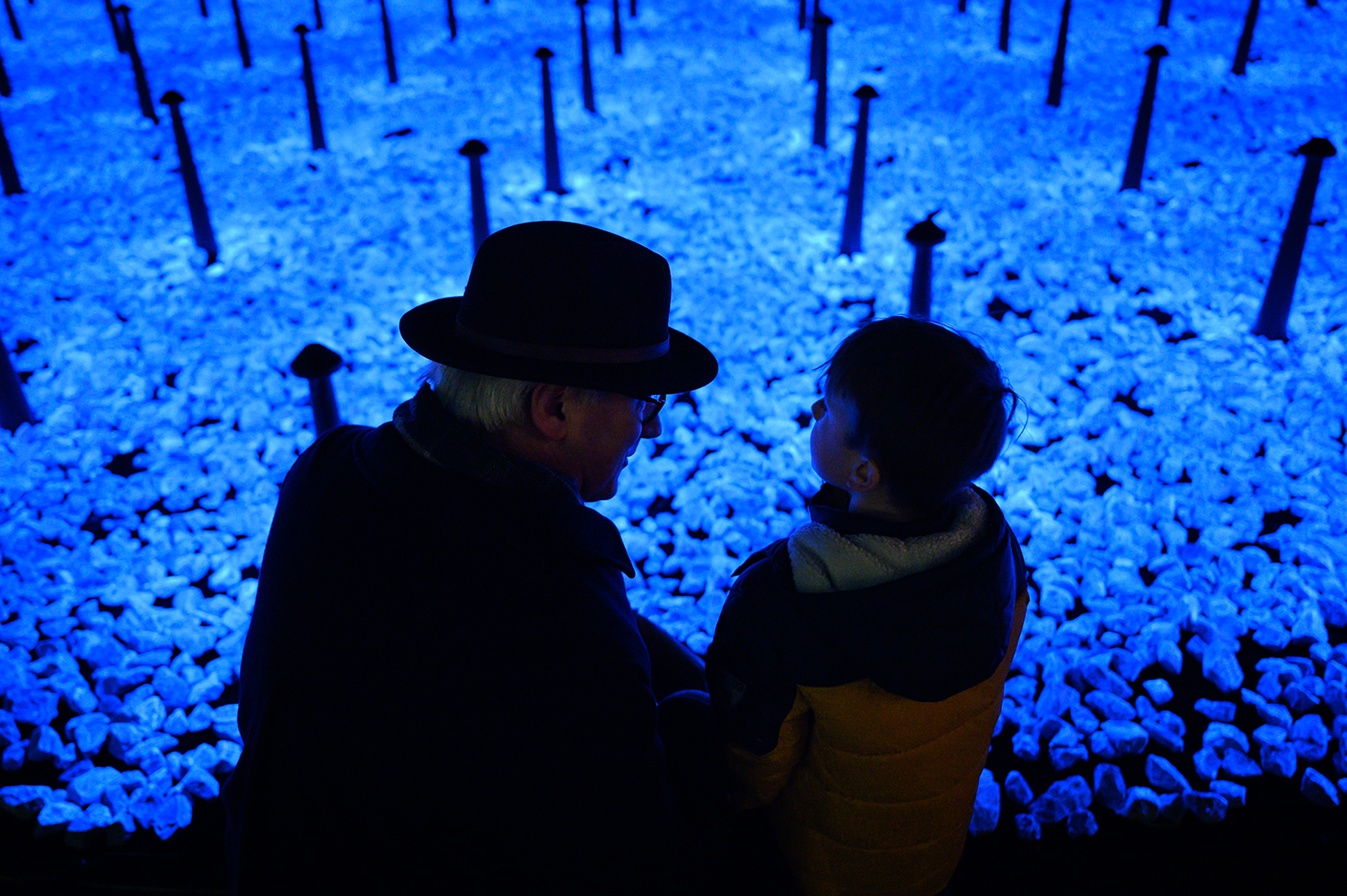 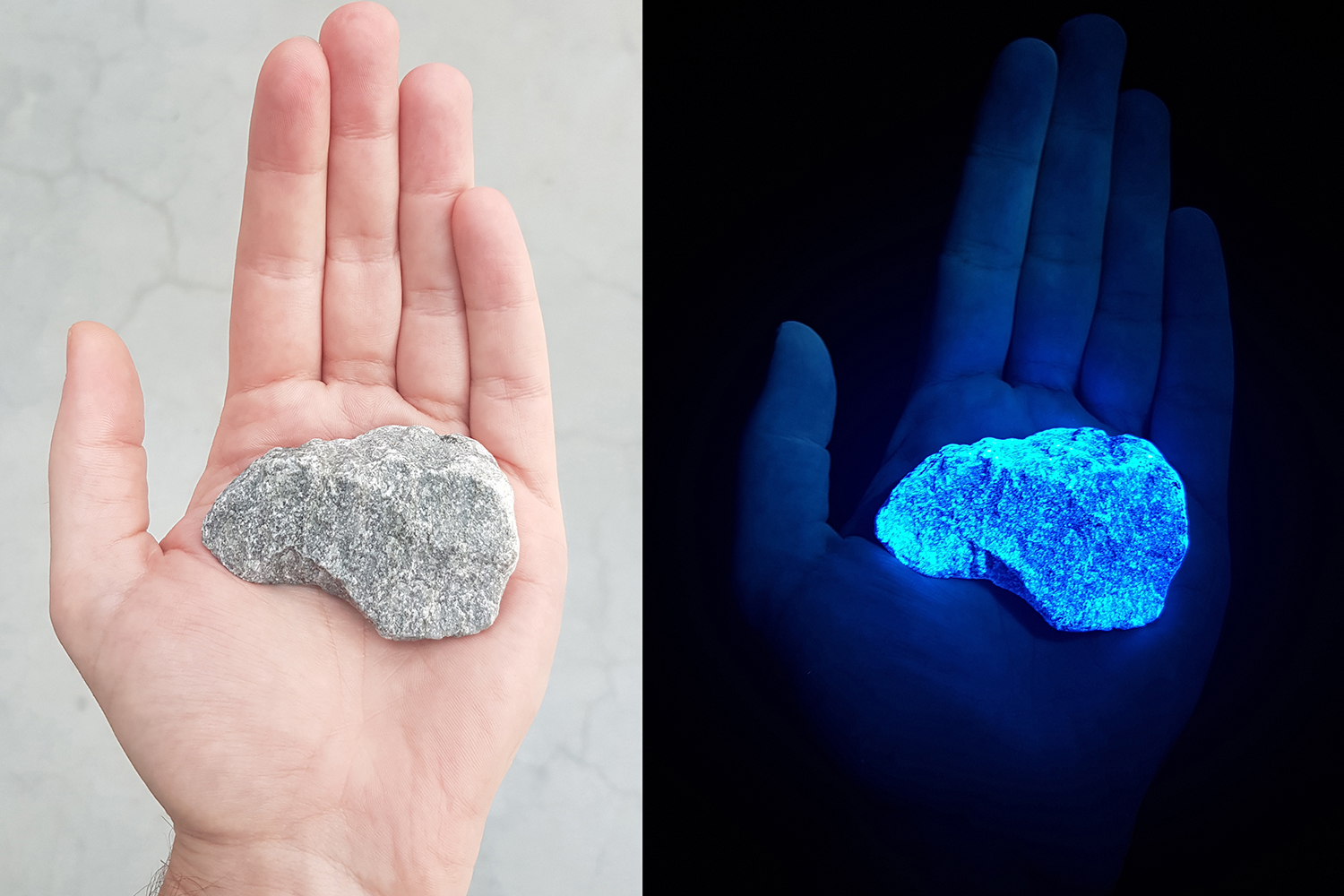 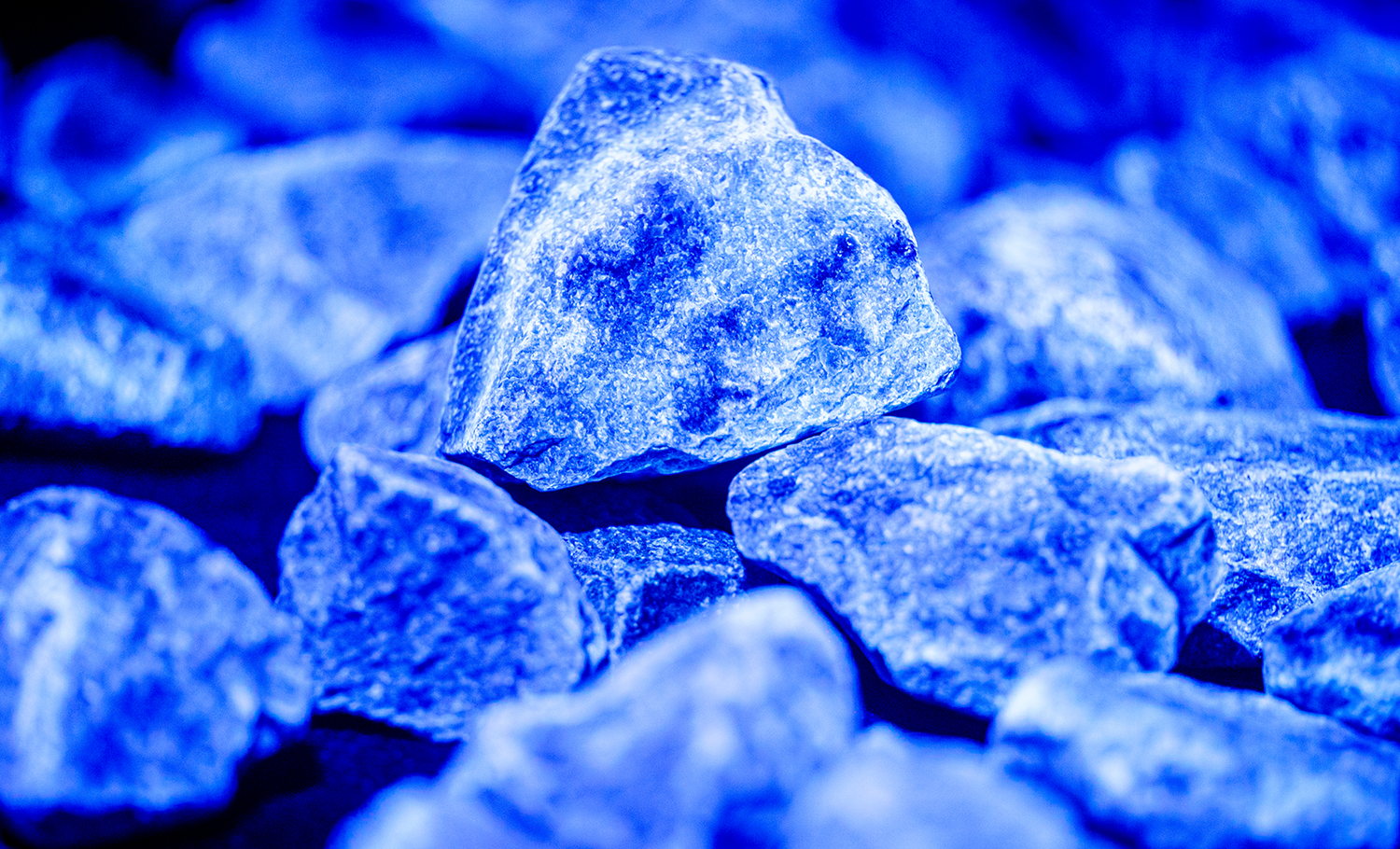