As part of International Light Art Biennale in Hildesheim, Germany, artist Karolina Halatek has unveiled Spot, an immersive light installation commissioned by EVI Lichtungen. The work invites viewers to explore a foggy volume standing in the middle of a small circle, where an array of spotlights point into the center.

Through the fog and the harsh light the outside world is excluded, the focus is completely shifted to the visitors, whose perception is challenged by the unknown situation. Repetitive movement of the light creates a possibility of contemplation, brings back the attention to the body and emphasizes the presence of the viewer. Continuously increasing and decreasing star shape illumination gives a chance to be a part of a human scale galactic phenomenon which can be experienced by all kind of audiences. 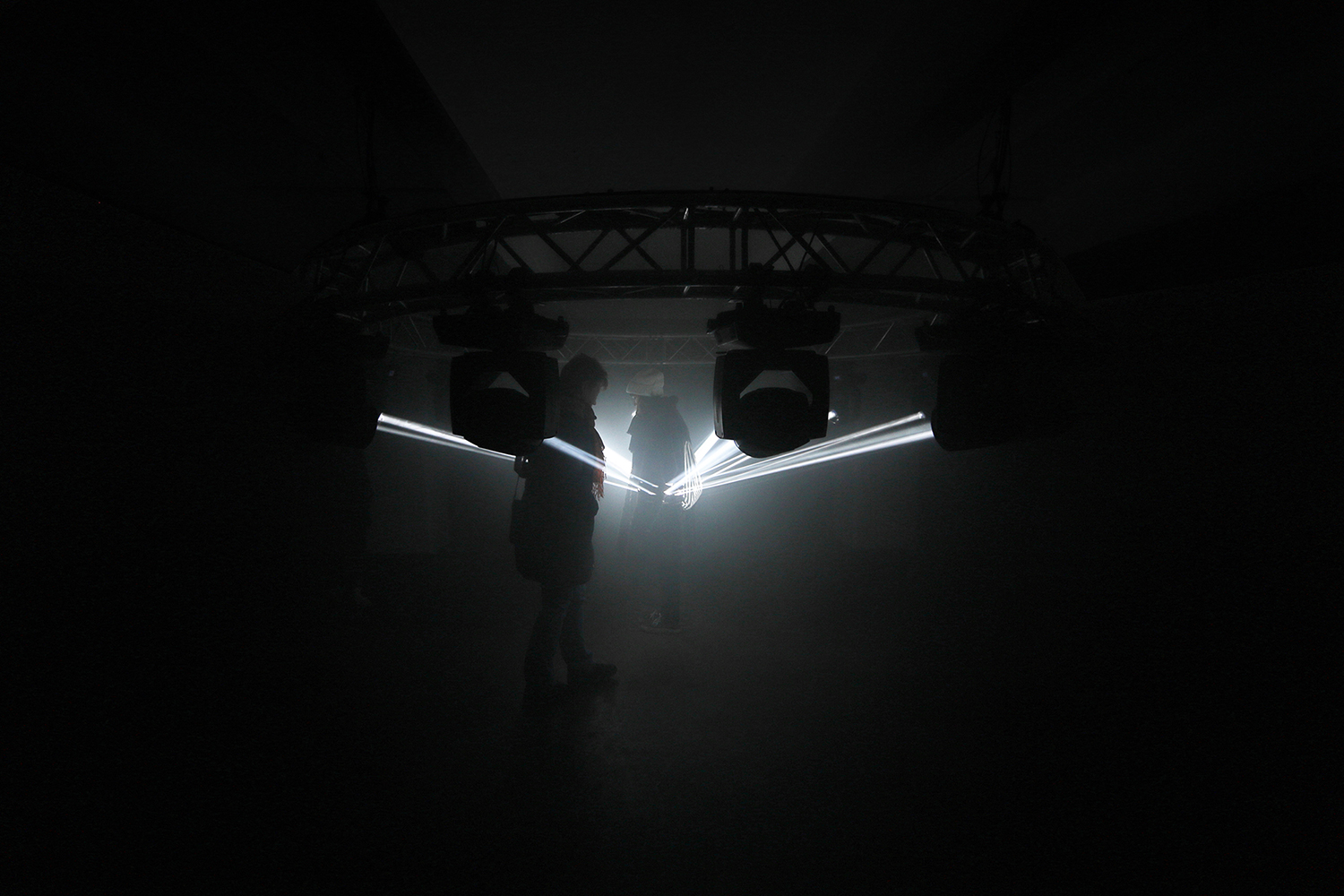 During EVI Lichtungen, the city of Hildesheim was transformed into an extraordinary art trail. In the decentralized exhibition project, international artists and their works enter into a dialogue with significant places in the city. Facades become canvases, hidden and little-noticed places become visible, sacred and secular sites become negotiating spaces for contemporary art. The international light art project thus favors new perspectives on well-known and formative urban locations and invites you to re-explore the city. 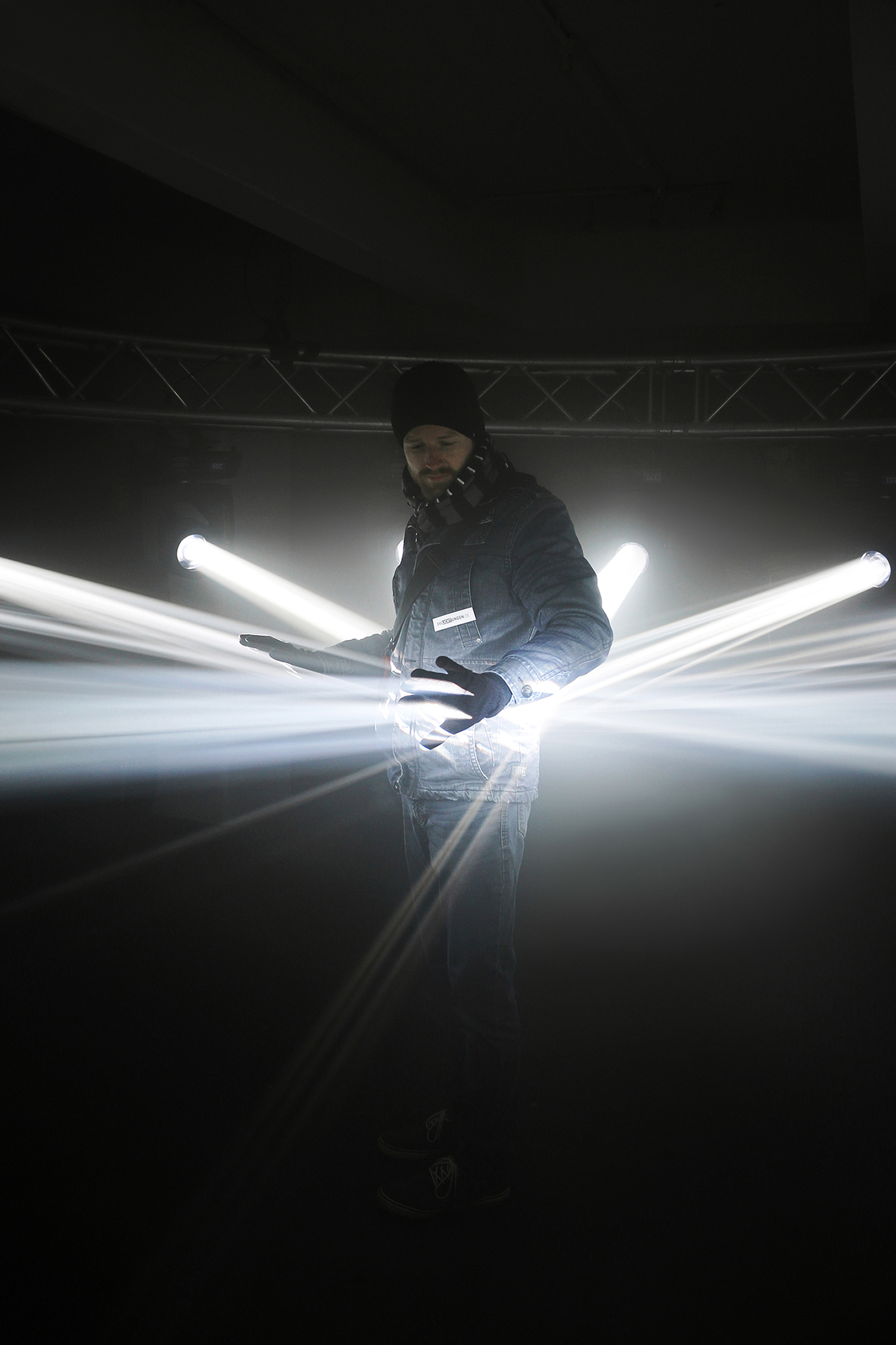 Karolina Halatek, born in Poland, studied Design for Performance at the University of the Arts London, UK, Fine Arts at the Universität der Künste Berlin, Germany, and Media Art at the Academy of Fine Arts in Warsaw, Poland. During studies in Berlin, she participated in workshops at the Institut für Raumexperimente run by Olafur Eliasson. Using light as the central medium in her work, Karolina Halatek creates experiential site-specific spaces that incorporate visual, architectural and sculptural elements. Seeing her work primarily as a catalyst for experience, Karolina creates installations that have strong experiential and immersive characteristics, often the result of collaborations with quantum physicists, founders of the superstring theory (Leonard Susskind, Roger Penrose) and precision mechanical engineers. Karolina is interested in experiences that extend to the edge of human knowledge, seeking a visual language to evoke feelings and emotions of virtually unknown phenomena. 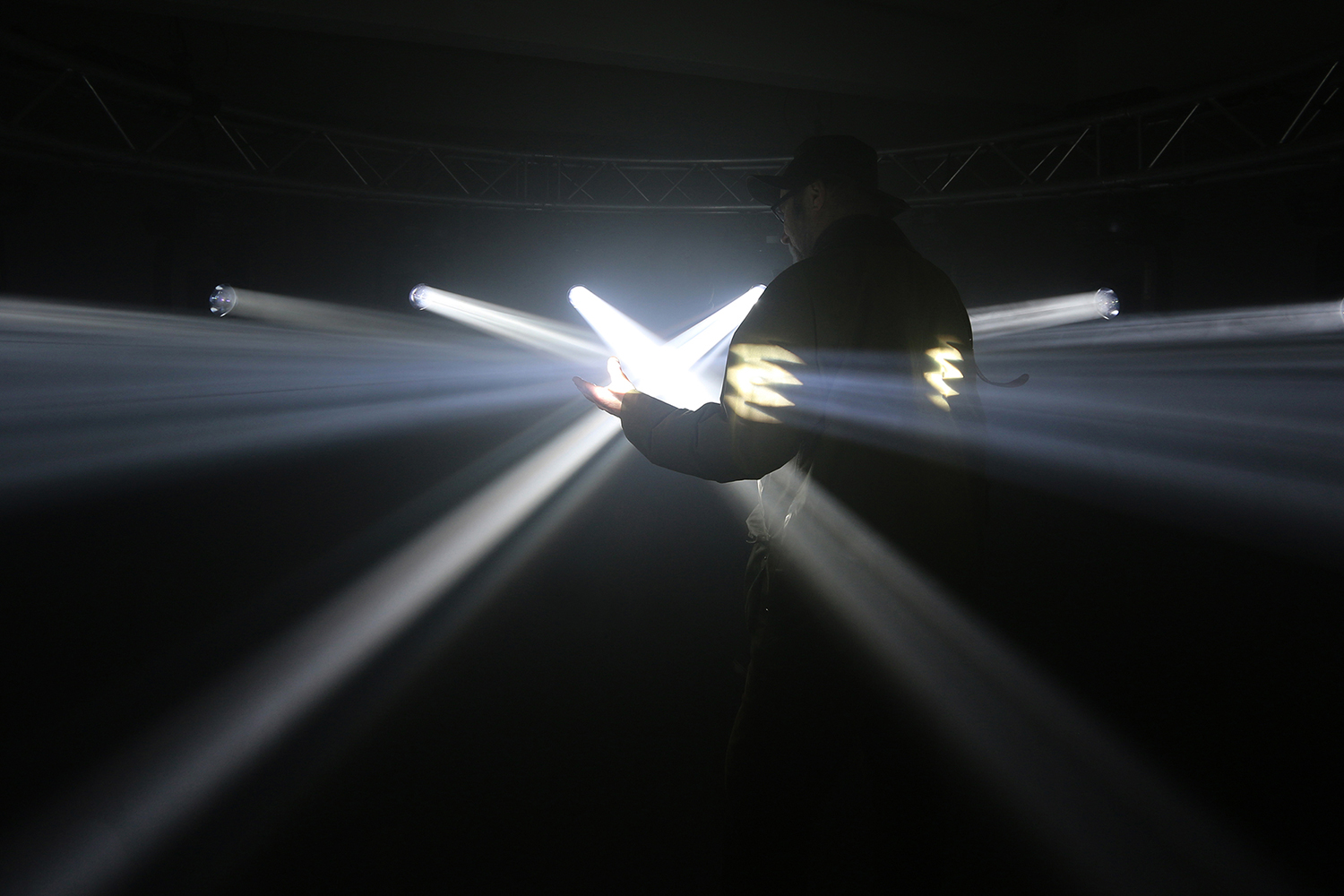 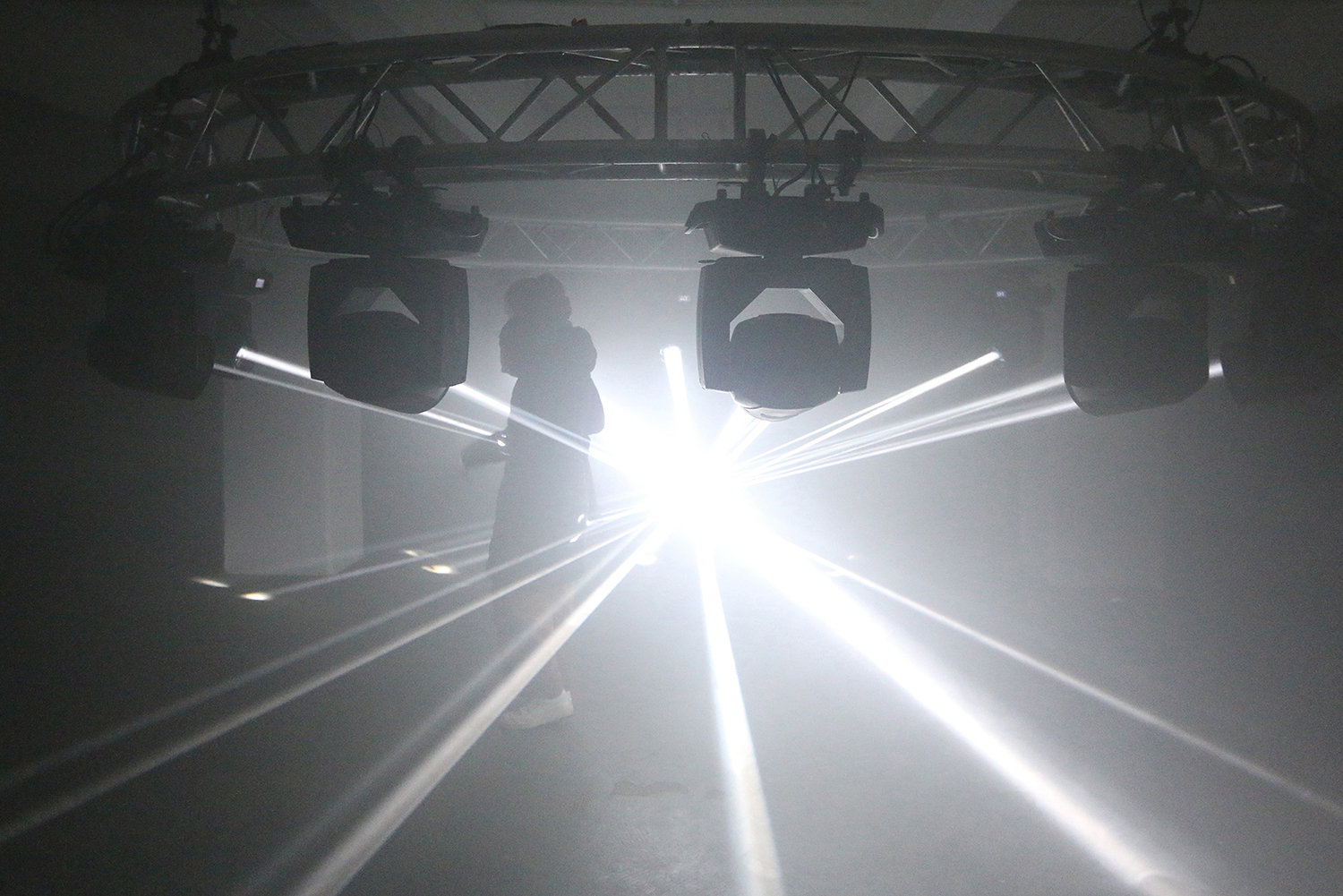 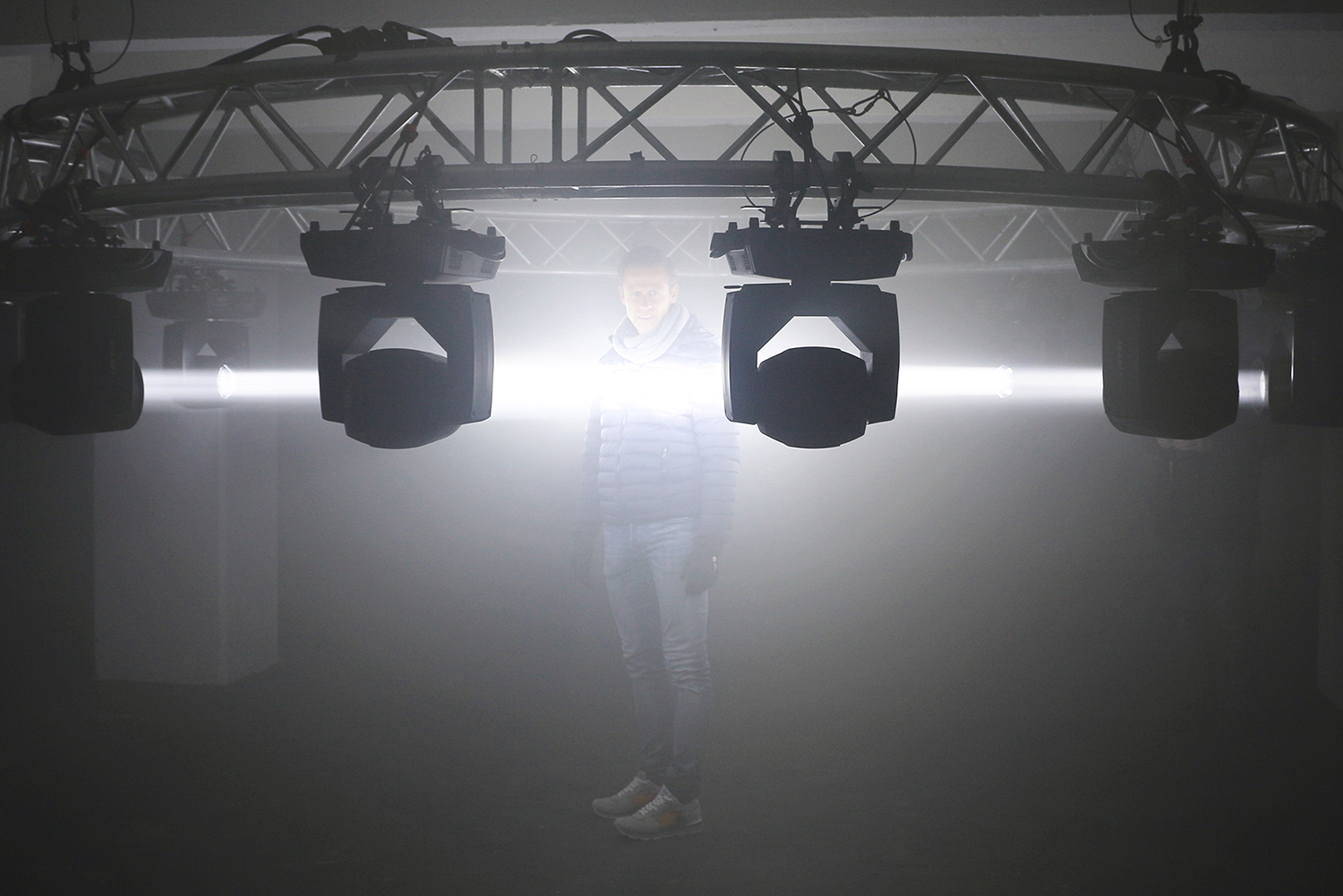 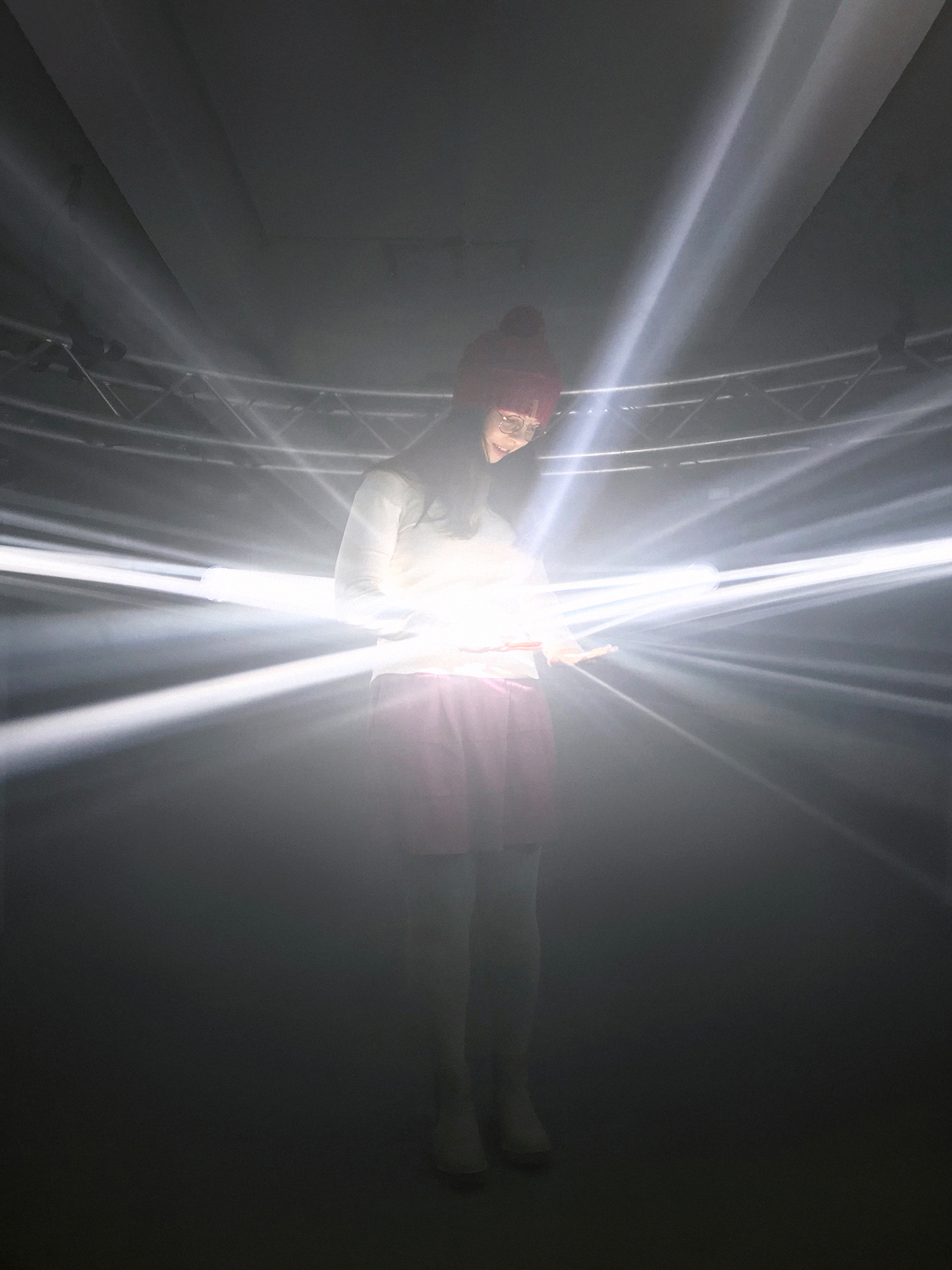