Emerging design practice WallaceLiu has completed its latest project, the Chongqing Industrial Museum, which has been created amongst the remaining structures of a former steel factory in China. The new 7,500 sqm museum is part of a larger redevelopment of the old factory site and was designed to recognize the national significance of the steelworks cultural, social and industrial history. 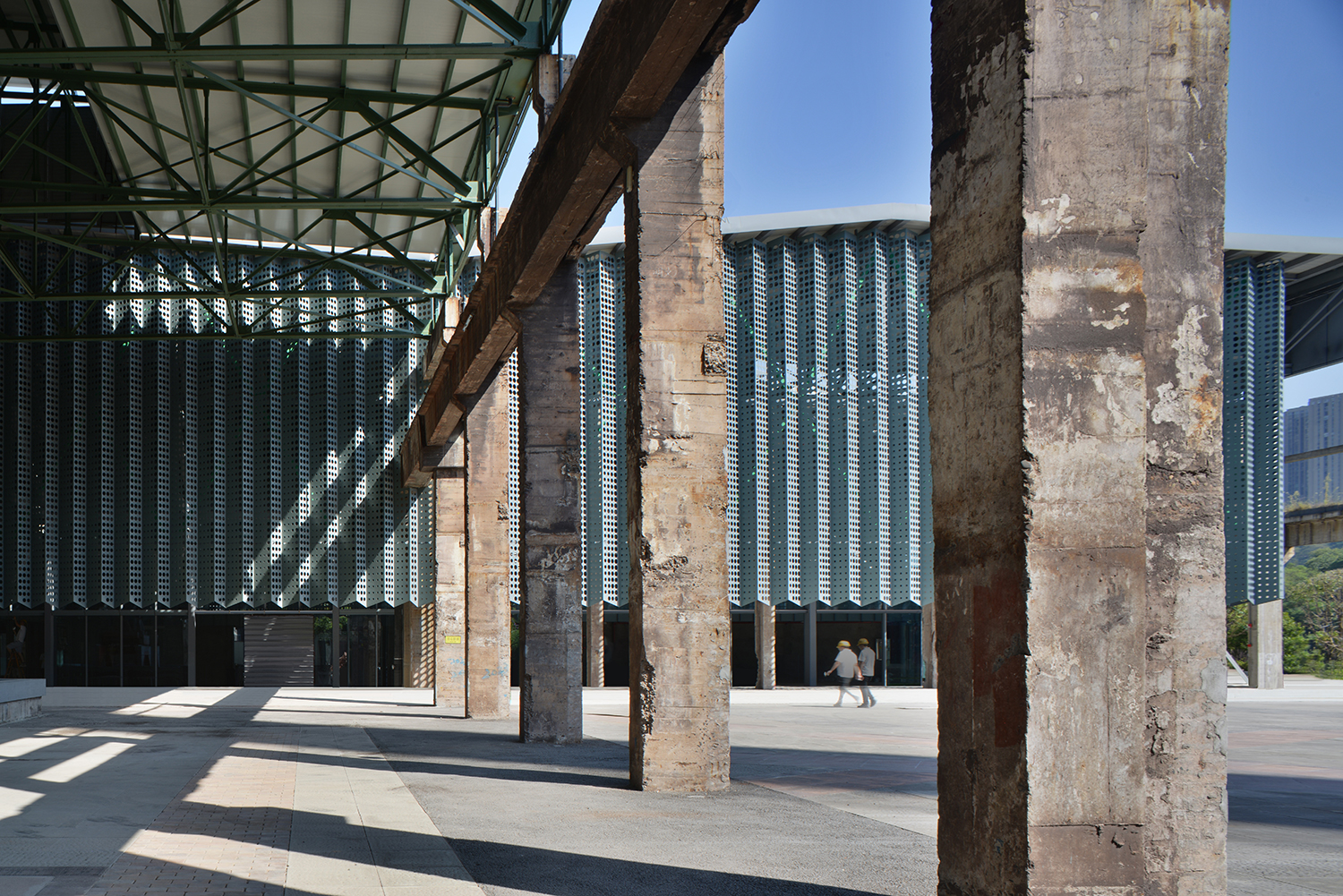 Located on the banks of the Yangtze River and on the periphery of the city, the Chongqing Iron and Steel plant was originally constructed in 1938. It was visited in the 1950s by Chairman Mao to celebrate communist production in China and over the second half of the 20th-century, the factory grew exponentially.  However, as the city also expanded the factory was no longer on the urban edge and the works were halted in 2010. WallaceLiu won the commission to design the new museum in 2016, taking part of the site and reimagining it for a new cultural purpose. 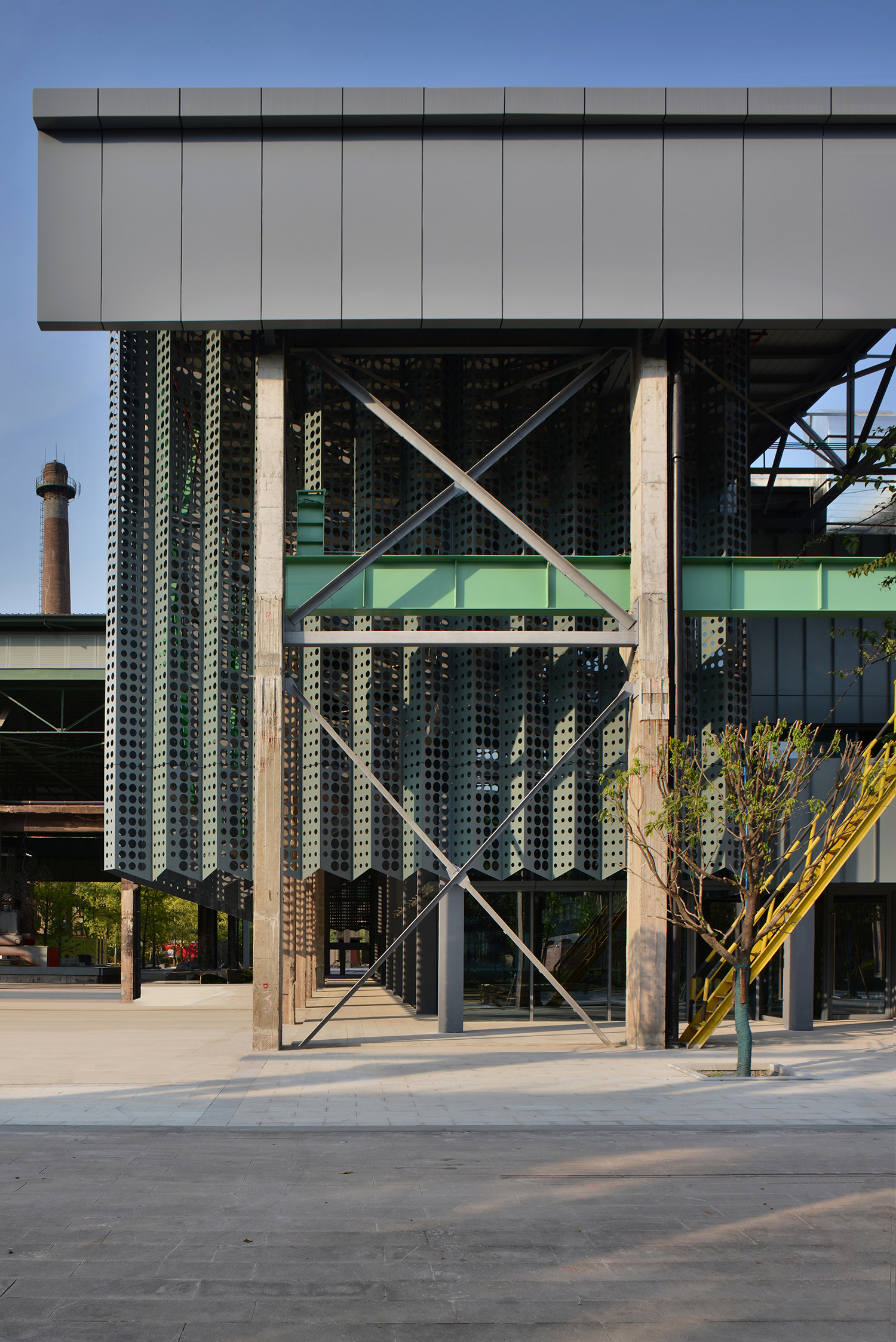 The new museum building is constructed from a lightweight steel frame structure which allowed building volumes to be inserted in between the old structures, celebrating both its past and a new public role. Inspired by the long, complex and layered views through the original factory site, WallaceLiu decided to lift the metal boxes that contain the enclosed exhibition spaces off the ground to create a complex, permeable and open ground-floor experience. 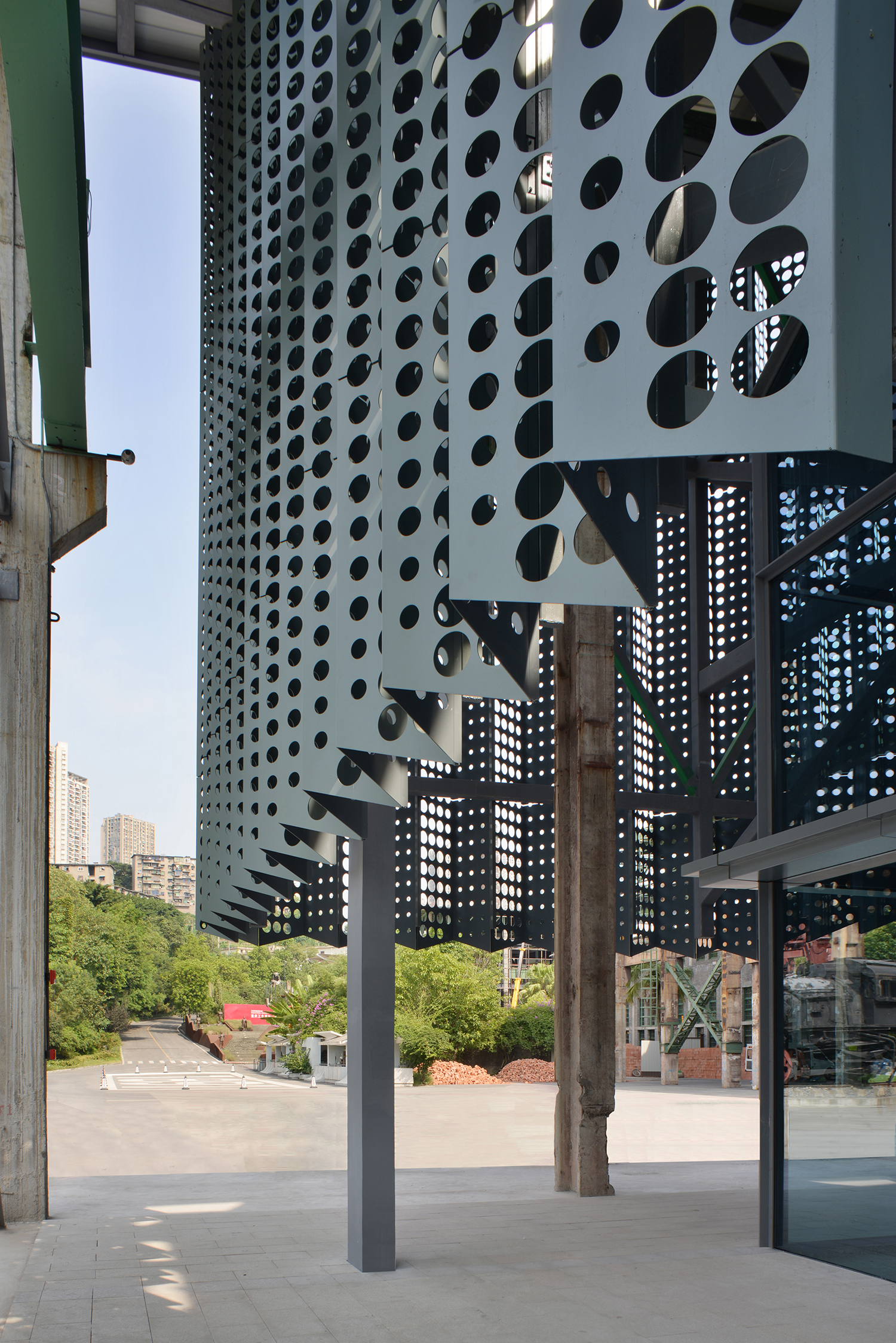 These raised volumes are linked by bridges at different levels and frame an open lower ground-floor hall. As visitors cross from one box to the other they are temporally removed from the museum environment and reconnected to the most important artifact, the old factory itself; through their proximity to old beams, columns and trusses and the views across the open lower ground floor hall. 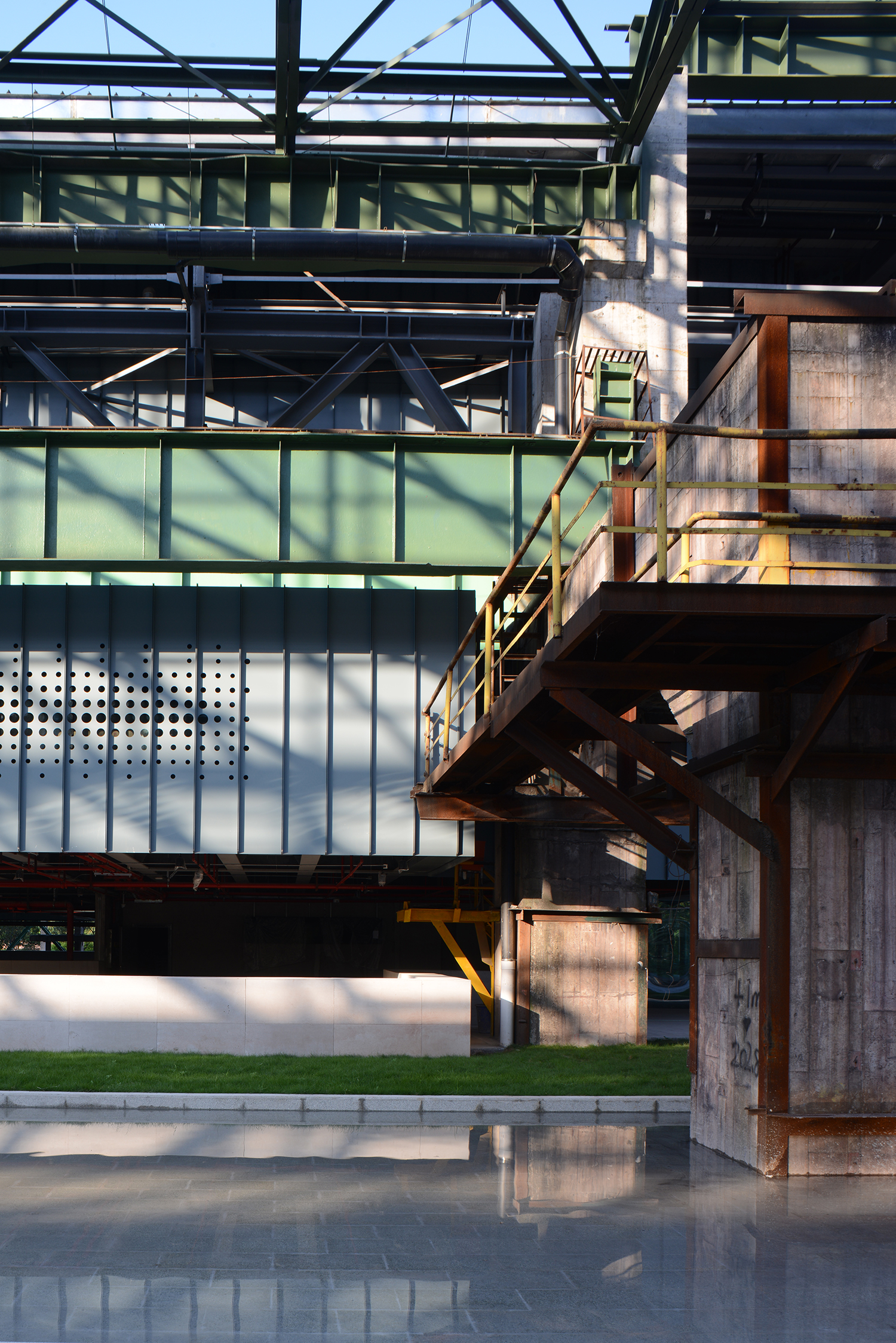 The central hall has been created within the foundation pit that was once used to cool large pieces of steel and is entered through a series of concrete structures that would have once supported industrial machinery. This space will act as a place to gather, as well as hosting temporary events and exhibitions. The cantilevered exhibition volumes are most visible in the hall and they frame the long view through the museum. A strip of roof light above the hall helps to exaggerate its height. This large space is covered but not entirely enclosed to create a comfortable environment with minimal need for mechanical heating, cooling or ventilation. Cloakrooms, toilet facilities, bookshop, projection room, and the atrium hall of the museum exhibition are organized on both sides. 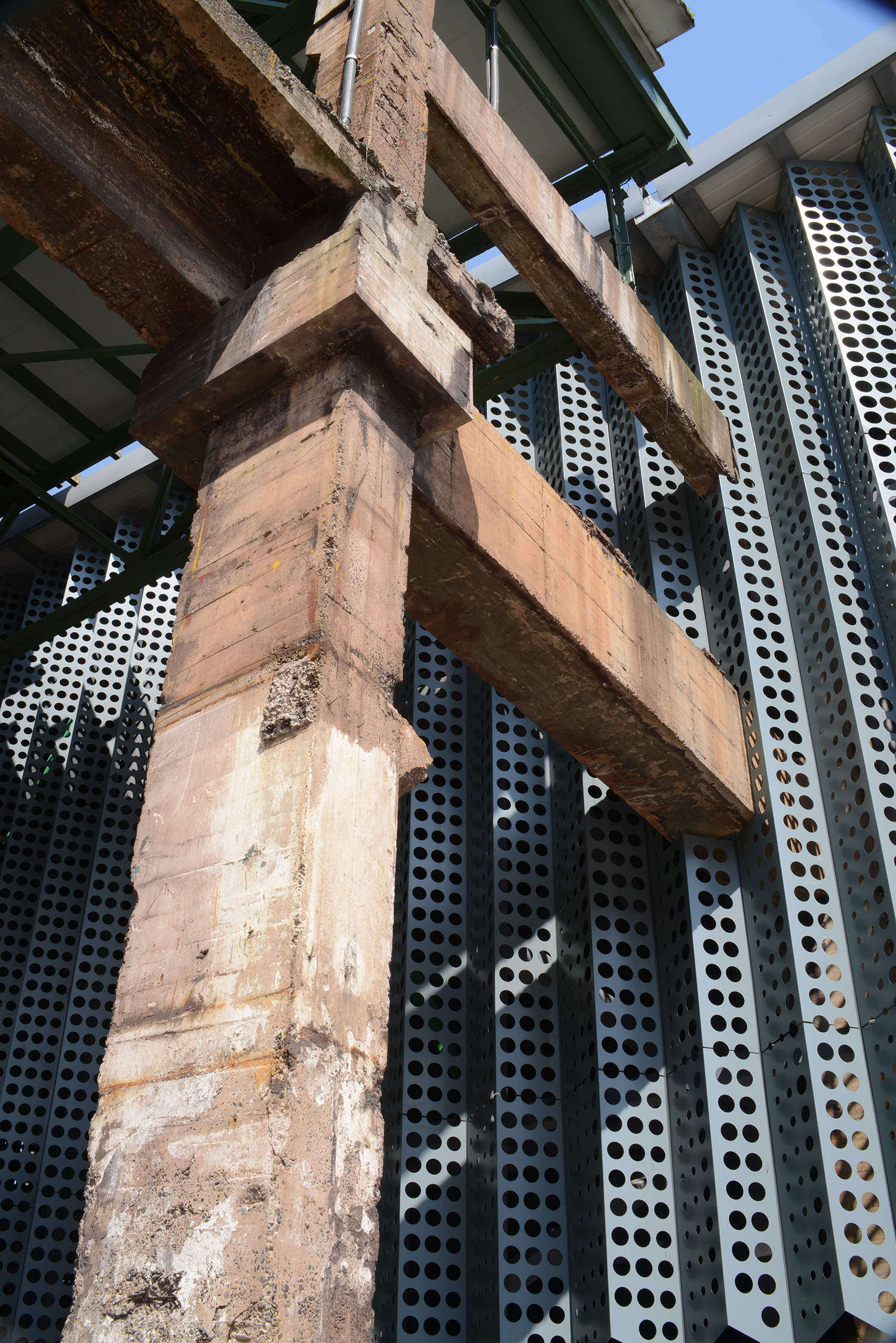 At the front of the museum, the historic factory columns are now wrapped in a pleated metal curtain that hangs down from new trusses and raised off the floor, to create a layer of transitional space between interior and exterior. The perforated, powder-coated aluminum panels become like a veil that shrouds the museum with a sharp serrated edge along the bottom. This lightness is distinctly contrasted with the heaviness of the original concrete columns. Sometimes the relationship between the new and the old is overlapped, abstractly intertwined and changes with different light in different hours of the day through the play of shadows cast by the curtain. This design reflects the early site visits experienced by WallaceLiu as they encountered a series of fences along with the original structures that filtered light and perception of weighty objects. 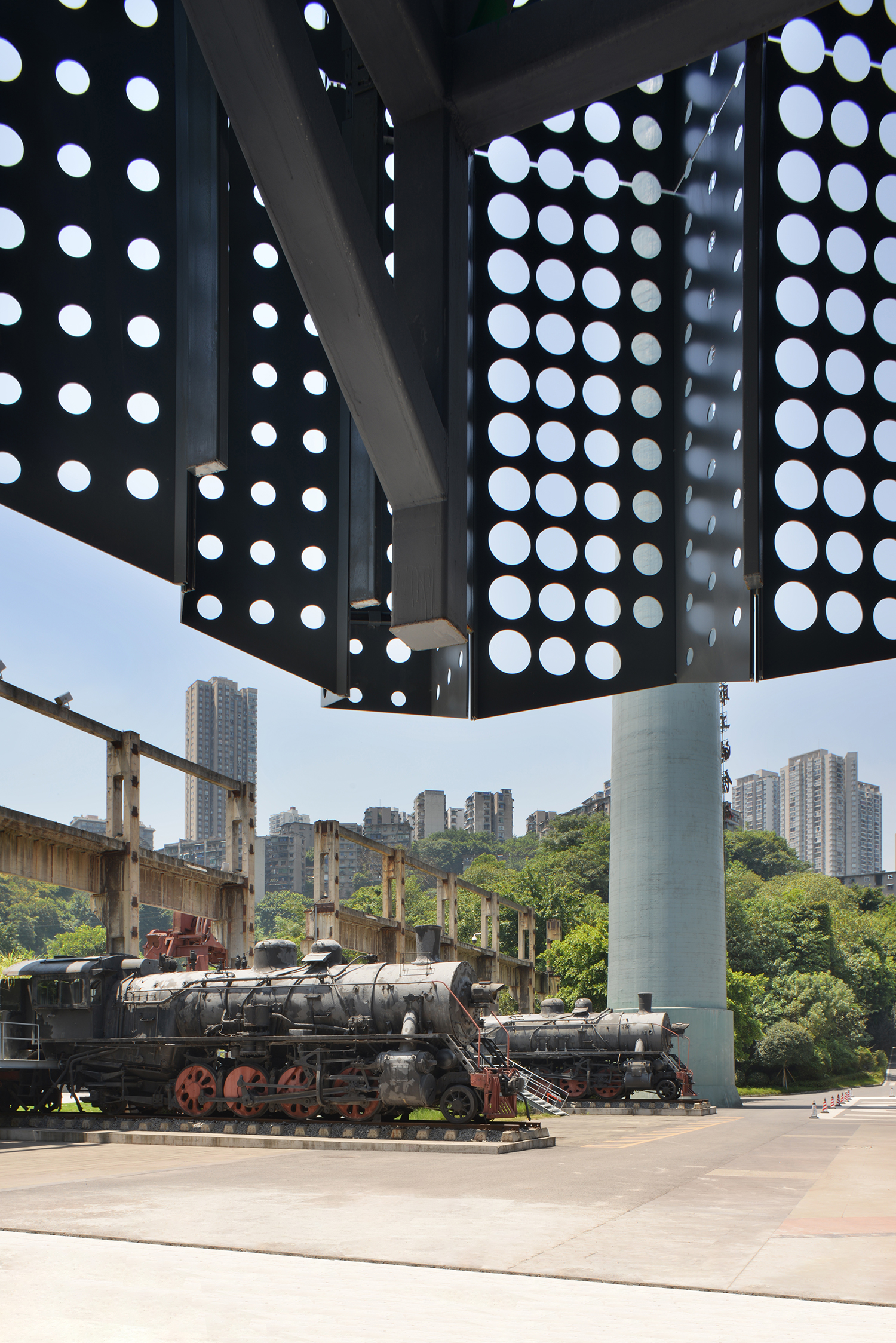 Behind the raised curtain is the museum cafe and restaurant that faces a new public square. Grand sliding doors make large openings possible to draw people in. The designers’ intention was to create a fluid, open and airy edge along this facade to balance the scale and grandeur of its image when viewed from afar. Semi-enclosed, it is part of both landscape and architecture. 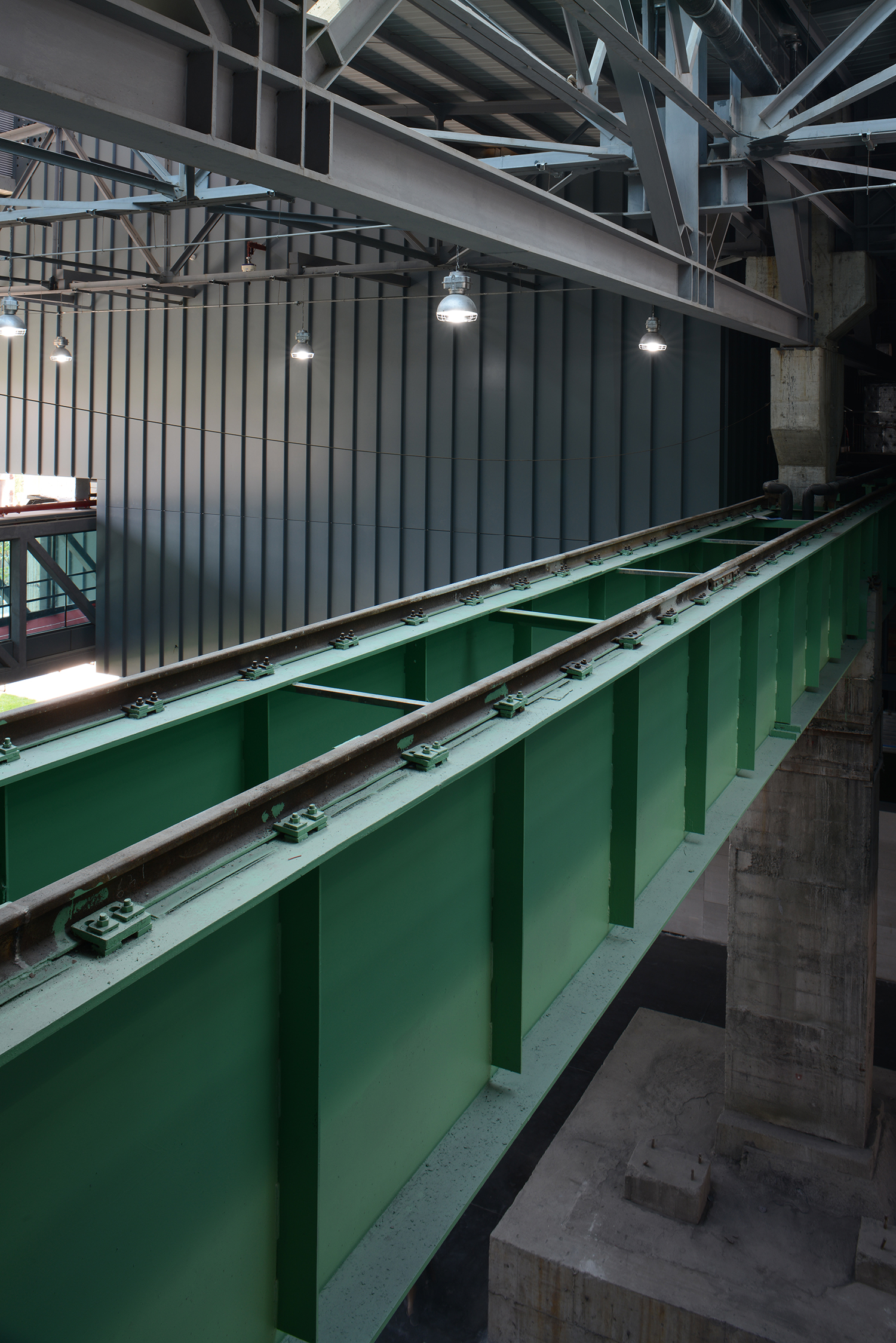 “The materials and colors we chose, and the aesthetics of the large perforated metal curtains supported by tall truss-like structures, come from observations on site, and our intentional compositions with the ruin like post-industrial context,” says Jee Liu, Co-founder of WallaceLiu. “We wanted to create a dynamic composition, layered edges, and the possibility of wandering. This allows the existing features of the old factory to play a foreground.” 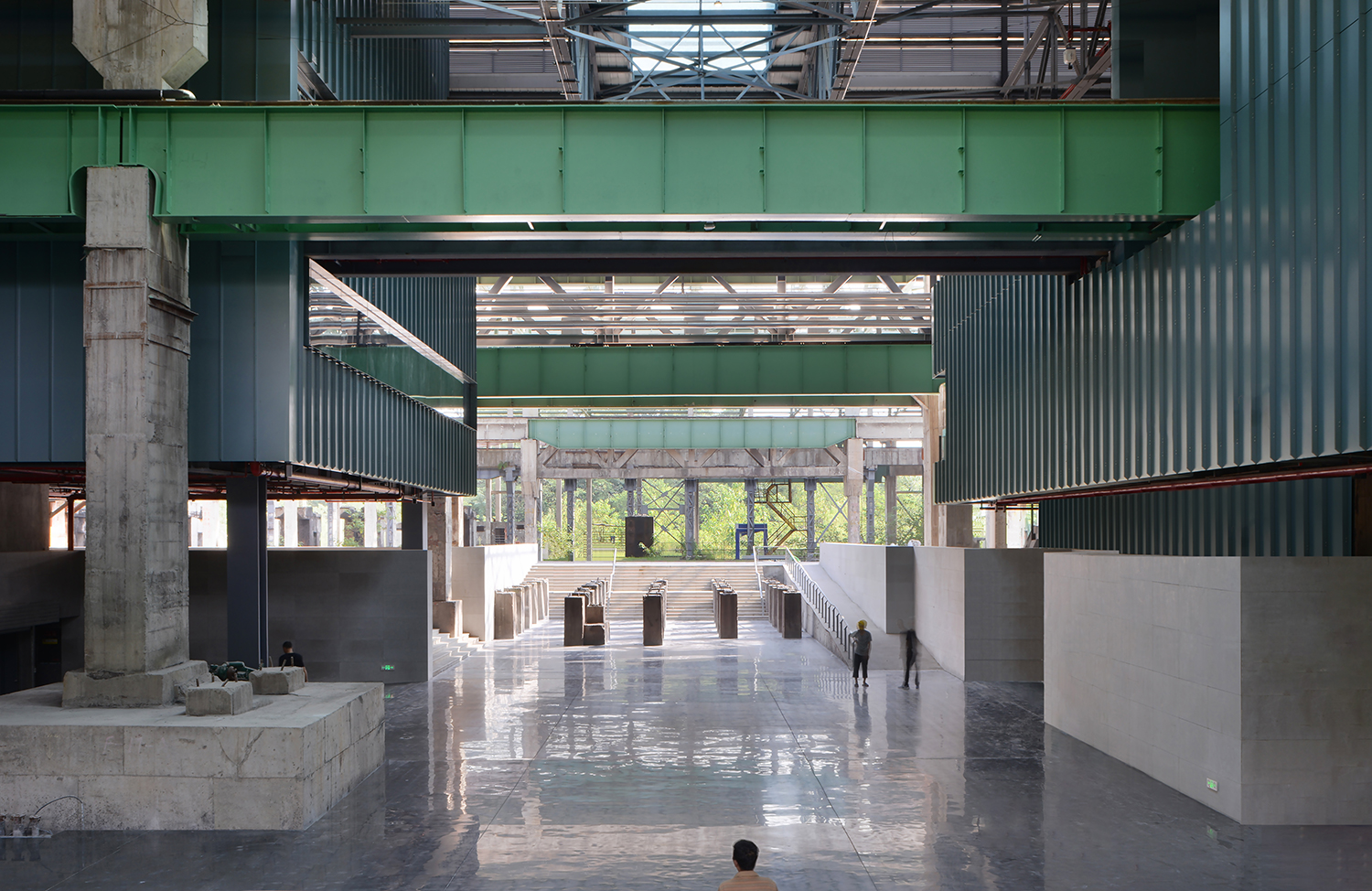 “By working with adaptive re-use our design is about rearranging and reframing what is there, and in the case of the museum, accentuating the visual and spatial experience to purposefully make it more dramatic and more complex,” adds Jamie Wallace, Co-founder of WallaceLiu. “Breaking down the exhibition journey into a series of spaces that travel through the existing structures and around the open public foundation hall invites visitors to explore and observe the existing features whilst completing their composed exhibition narrative.”