Artists Heather and Ivan Morison of Studio Morison have unveiled Mother, a thatched hut offering a sanctuary and solitude in a Cambridgeshire nature reserve. The work is inspired by writer Richard Mabey’s book ‘Nature Cure’, in which he recovers from severe depression through walking, watching and writing about the Eastern region’s beautiful and unexplored landscapes. 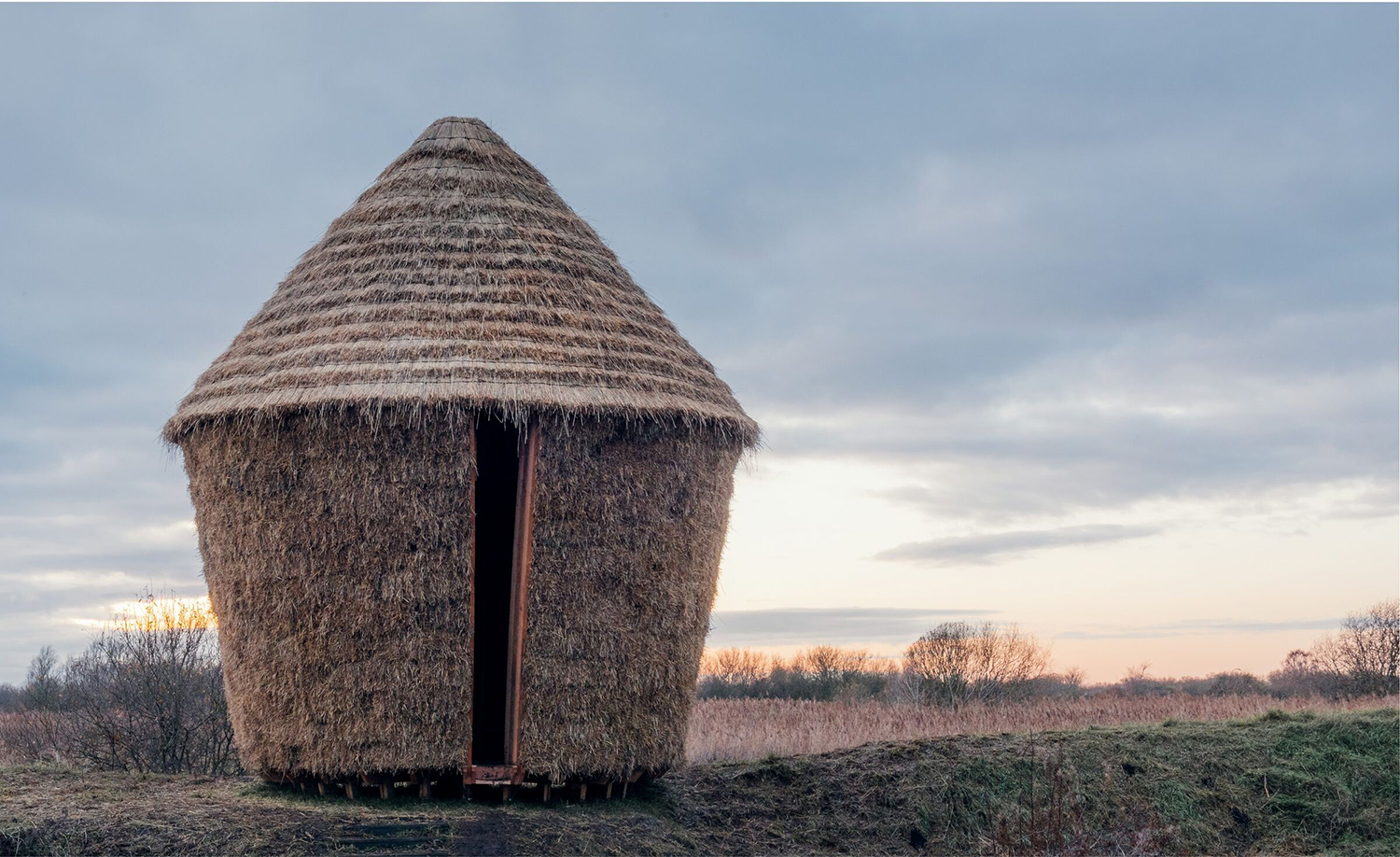 It has been commissioned by Cambridgeshire based Wysing Arts Centre as part of the region-wide arts commissioning programme, New Geographies, which aims to bring contemporary art to unexpected places in the East of England. All locations for art works were nominated by members of the public – in this case Wicken Fen suggested for its “sublime peaty landscape”. 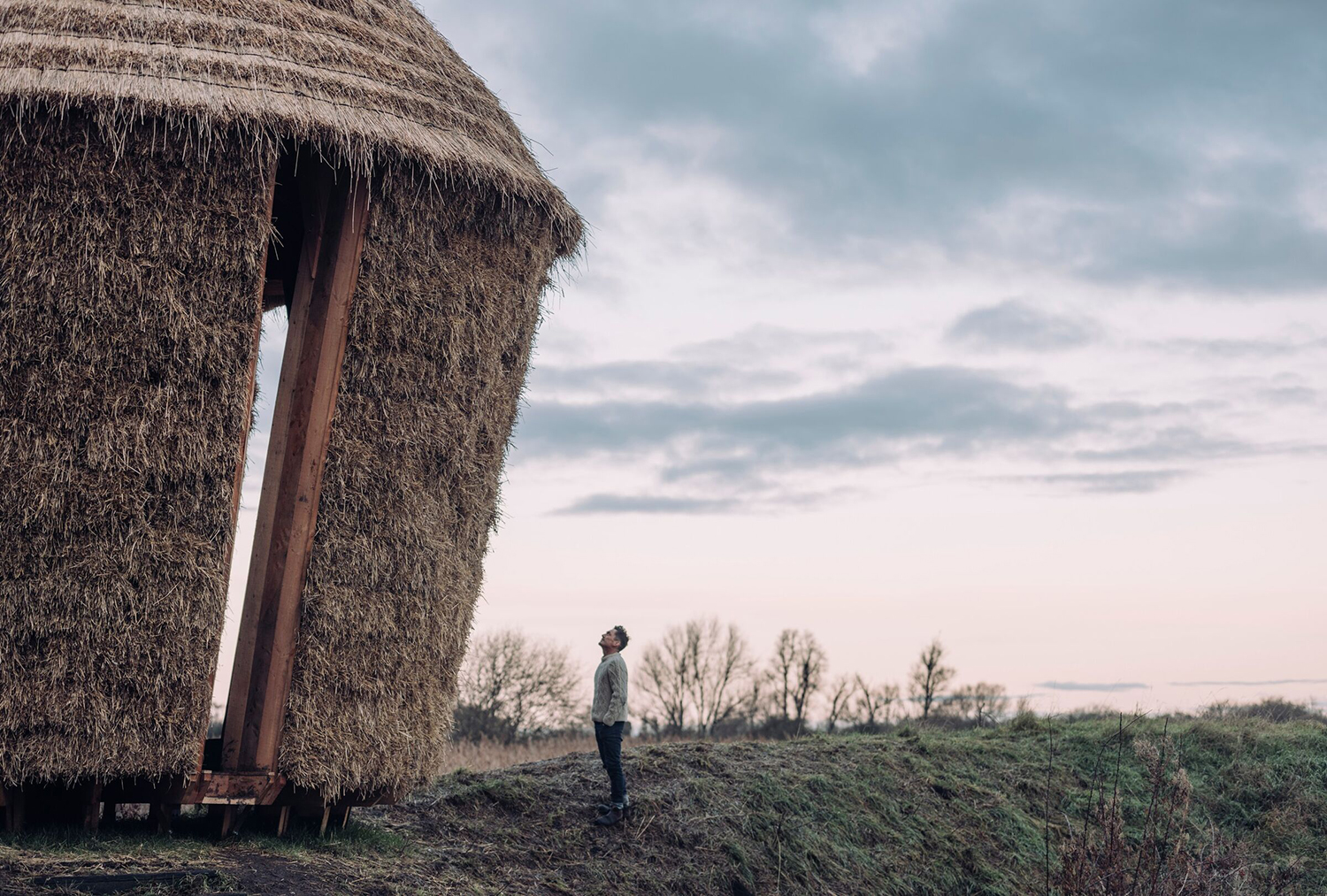 Mother references local building traditions, materials and architectural vernacular to root the structure in the landscape it is a part of. The form is an interpretation of the remarkable hayricks once found dotting this countryside. The timber used in the framing was felled from the artists own forest and milled by the artists at their workshops. 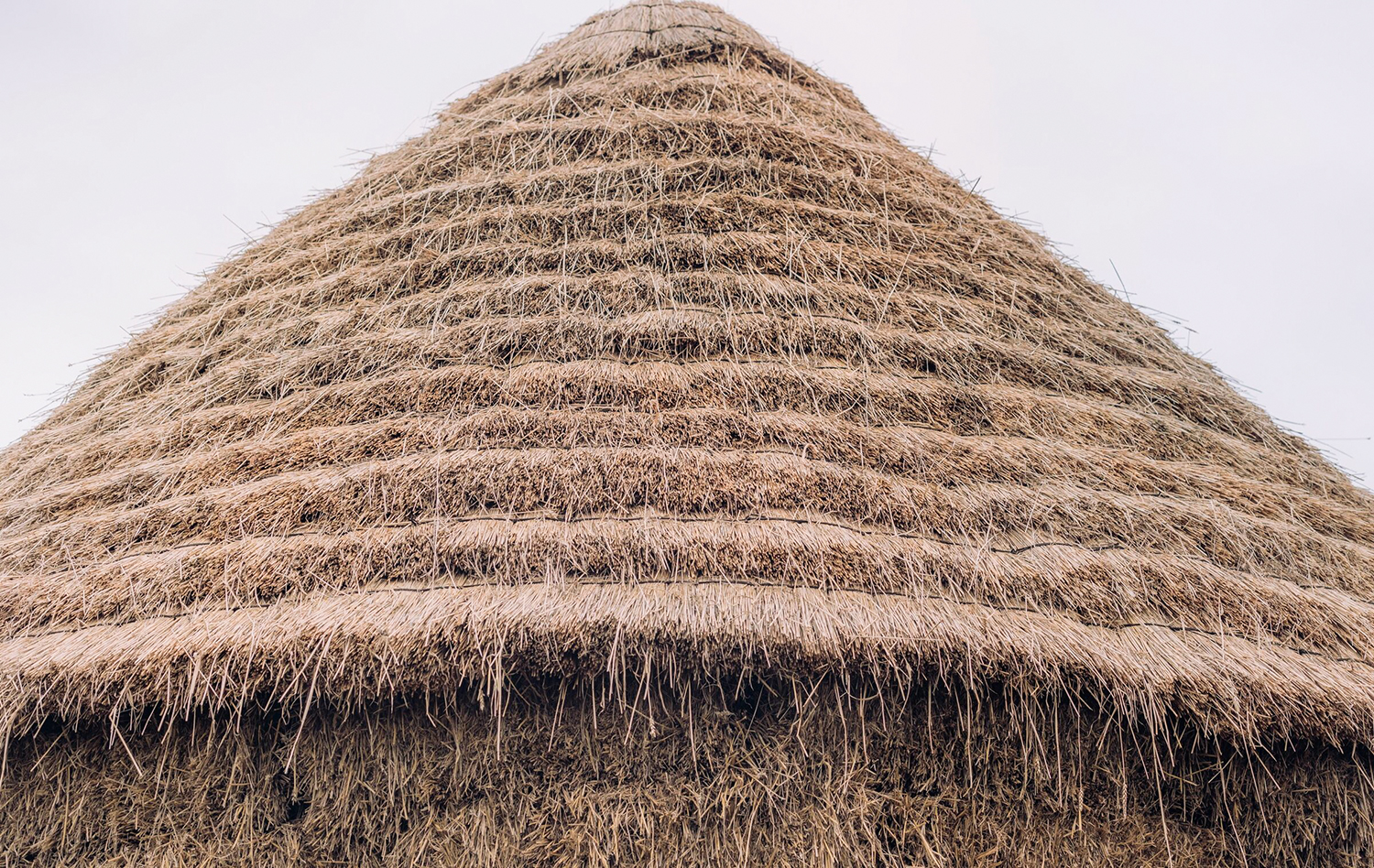 The walls and roof are made from local straw, the thatching of which has been done in the traditional style by a master thatcher whose first job as an apprentice was to thatch a hayrick on this very site. The work, with its deep entranceways, ceiling oculus and high double layered conical ceiling, is an architectural space to enter; re-framing visitors’ experience of the landscape of Wicken Fen, the sky, the light and the materials that surround them. The vessel like form of the sculpture, alongside its title, connoting universal ideas of protection, nurturing, and birth. 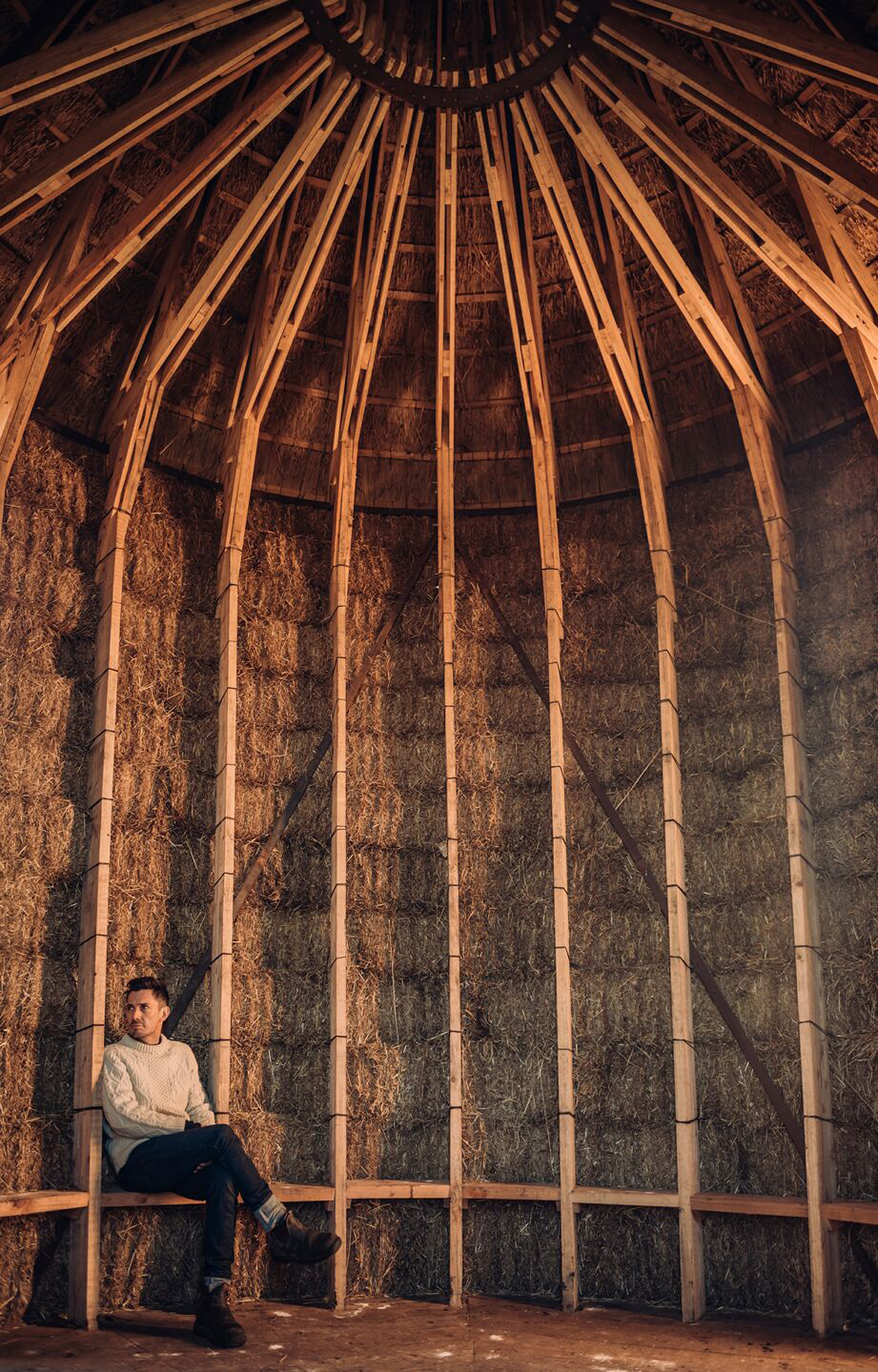 “The sculpture offers a space to reflect on troubling thoughts, as well as an opportunity to perhaps still the mind for a while by focusing on the simple material qualities of the work, and the changing nature of the landscape that surrounds it,” said Ivan Morison. 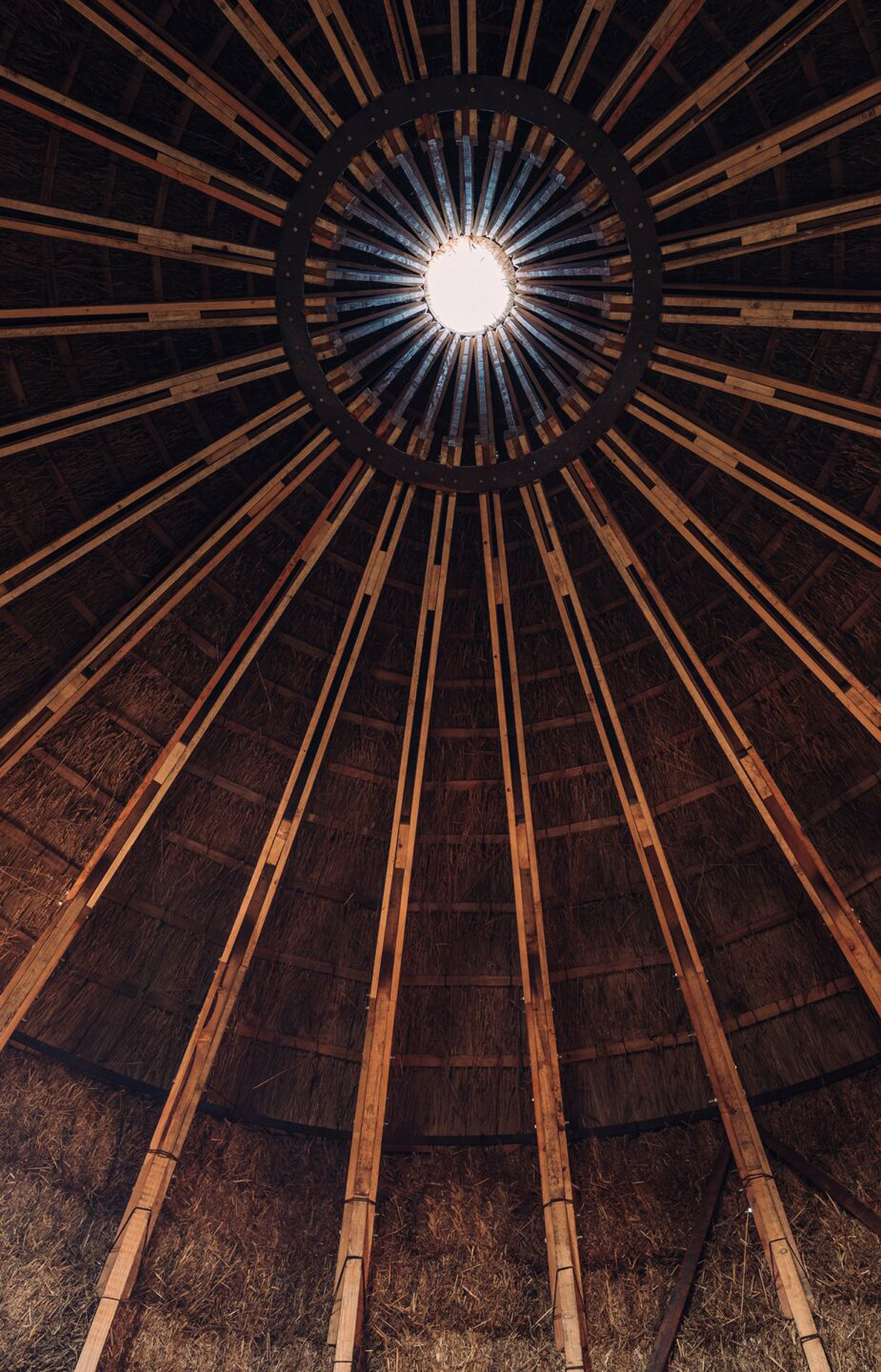 For this latest project, they chose the name Mother to bring to mind several references. They spell it in capitals followed by ellipsis, MOTHER…

“The ellipsis suggest the omission of a second word to be added by the viewer,” said Ivan Morison. “Mother Earth connects to ideas of the natural world, it’s supporting qualities, but also our own responsibilities and personal connections to it. Mother Land connects us to the place we belong, within this landscape, within a community, within a country. These are important and powerful ideas by which we define our identities.” 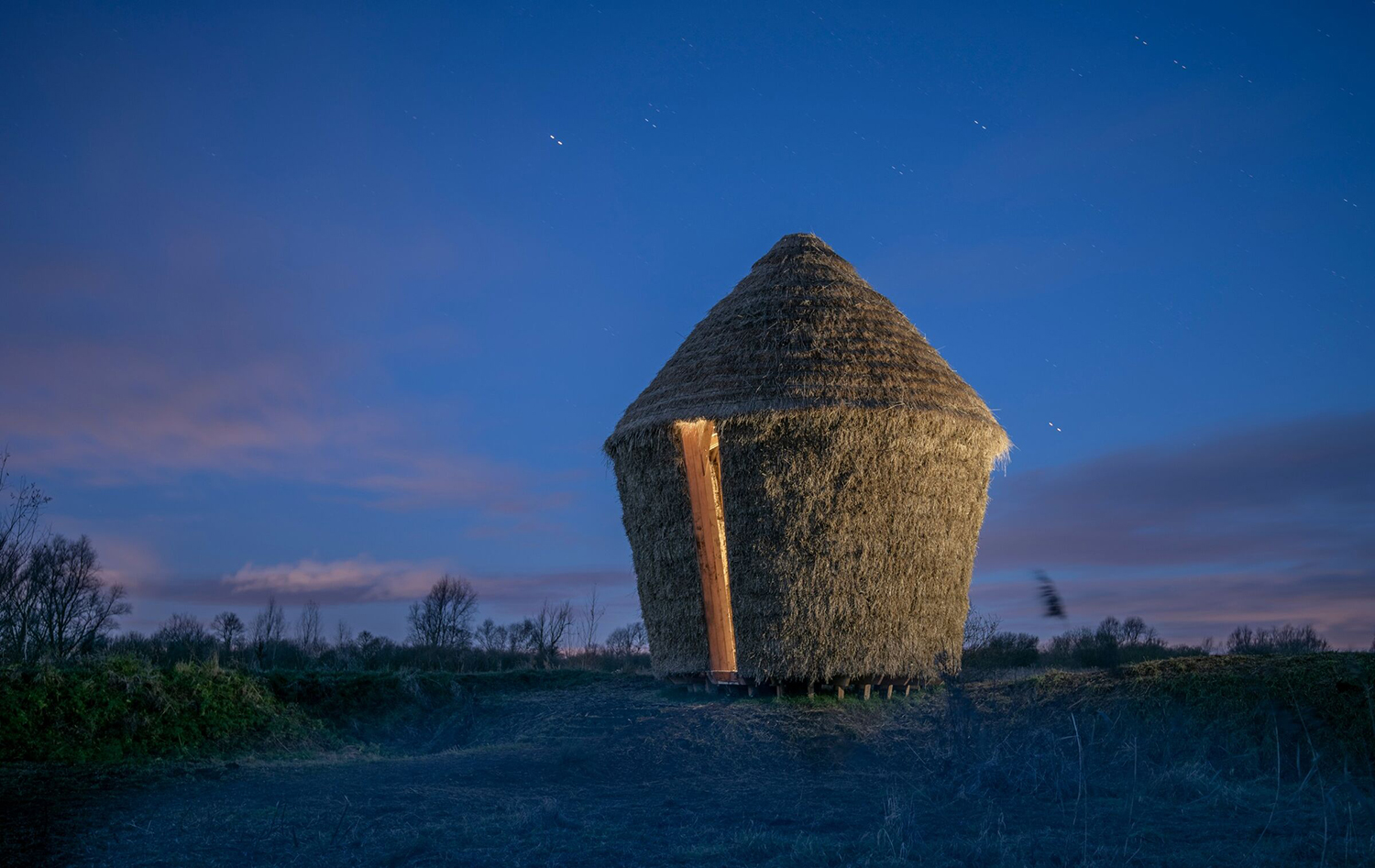 “Mother Ship makes us think of the sculpture as a vessel that might take us places; this could be on an imaginary journey around the solar system, it could be a journey connecting the past with an imagined future, making the work a time machine of sorts, or it could be a journey within our own minds, a rehabilitative journey from upset to calm,” he continued. “Finally, a key reference is the song Mother, from Idles’ debut 2017 album Brutalism, a song that expresses an anger and frustration at the modern world, and its impact on our individual and family lives.”