Floating in the middle of Willey Pond near Strafford, New Hampshire, Iceberg is a diving platform designed by French-born artists Lucie Bulot and Dylan Collins to be collaboratively built by the staff and campers of Beam Camp. Constructed from timber, flotation barrels and 1400 thermochromic tiles of recycled HDPE, the project aims to help the kids cultivate hands-on skills while exploring creative thinking.

Every year, an international competition is held to find an idea for an installation that will benefit the camp by its design and function, and in 2019 the Iceberg was selected and built in the course of three weeks by 104 campers, aged from 10 to 17. 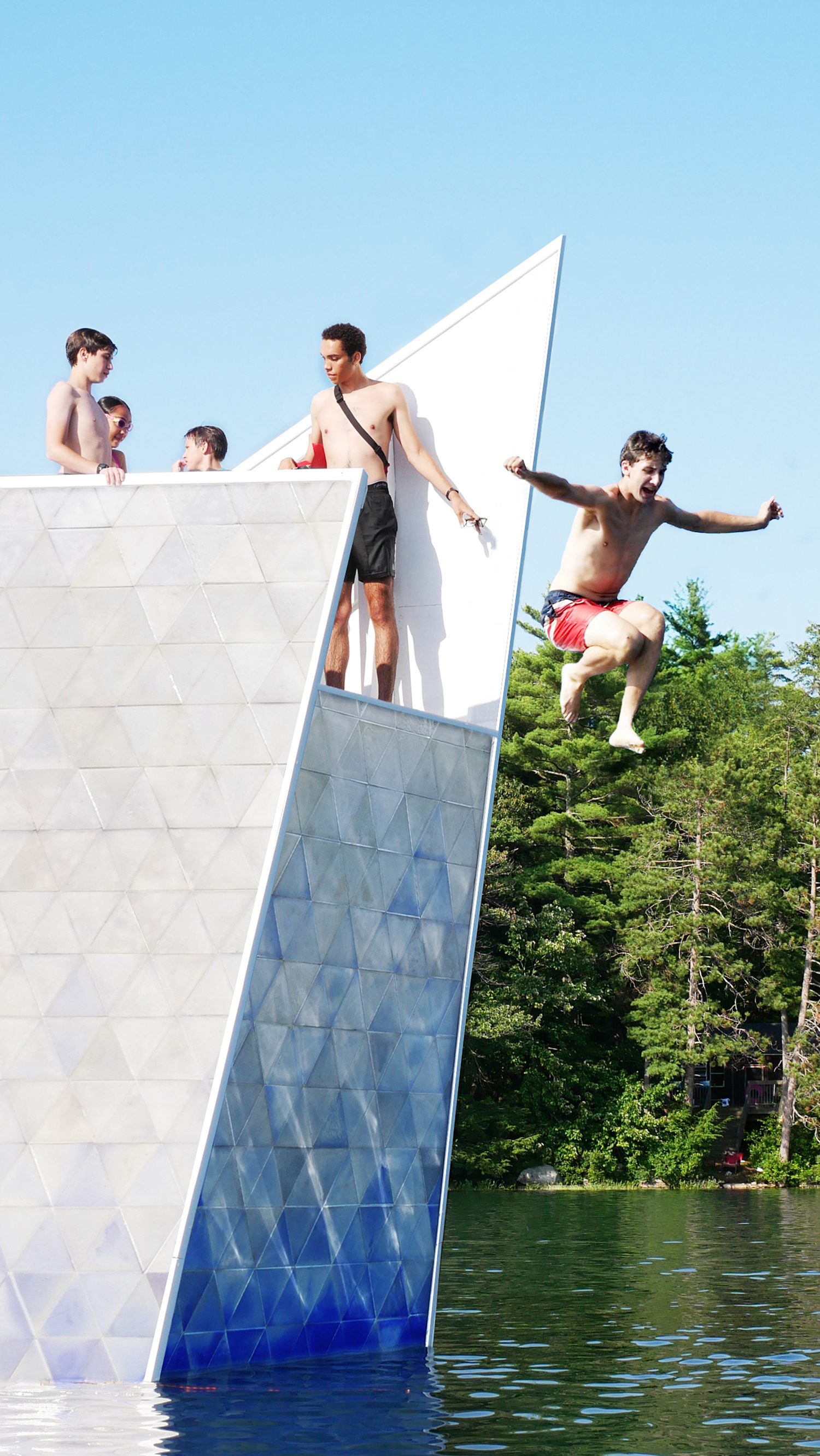 The Iceberg is a slanted wood structure buoyed by a series of empty barrels. The frame is covered with plywood panels (all the wood was sourced locally) on which are placed several hundred tiles of thermochromic plastic. These tiles were manufactured on-site by the campers according to an innovative process that was exclusively developed by the design team for this project. 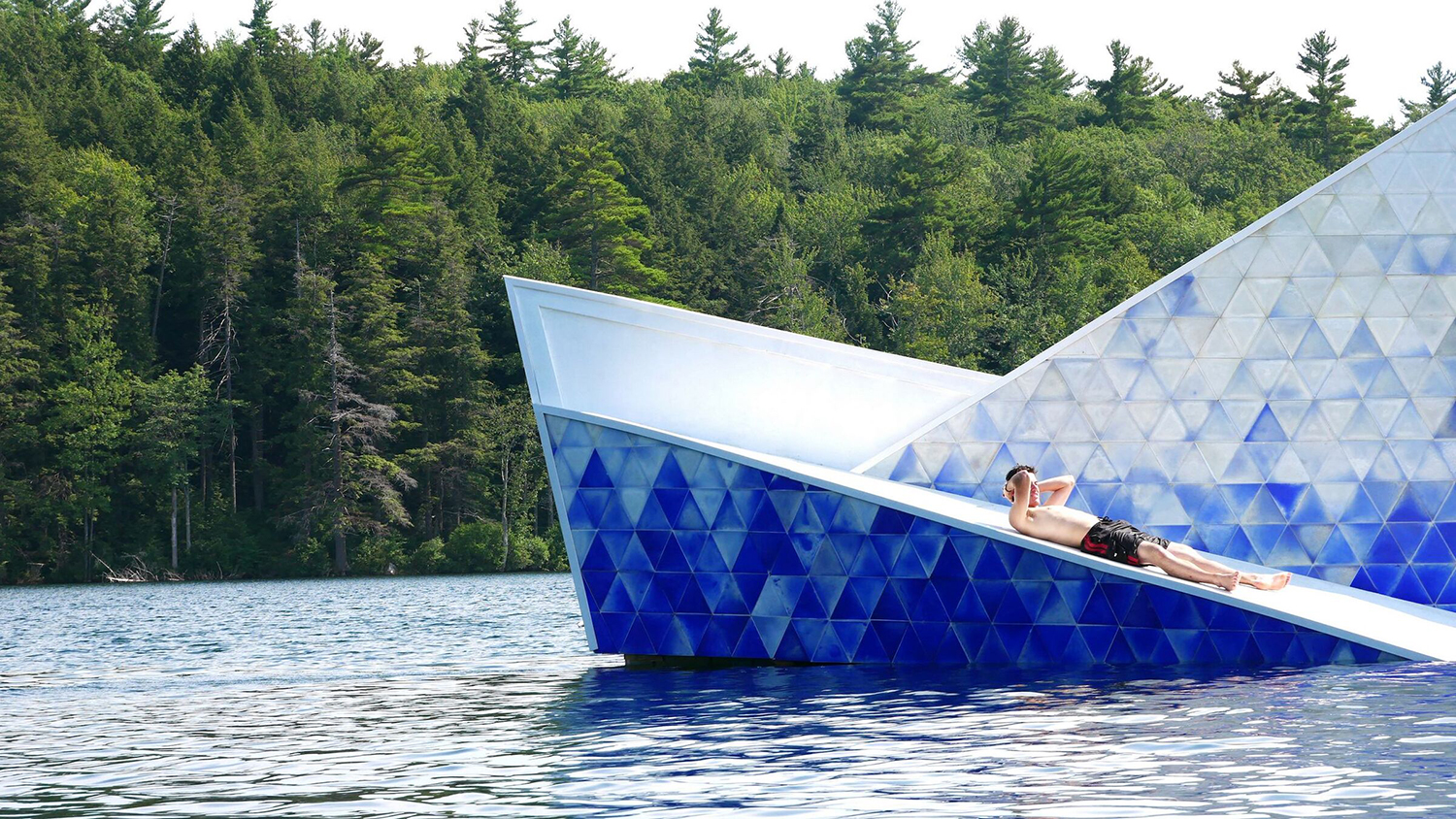 The plastic is recycled HDPE that was melted and molded in triangular shapes, and covered with a mix of resin and thermochromic pigment. Once the tiles are glued onto the structure, their glistening surface turns from different shades of blue in the cold to a polar white in the heat, so that the iceberg would appear to progressively melt under the sun.

In addition to offering a stimulating sight, the responsive quality of the structure to its environment addresses in a lighthearted and poetic manner the heavy issue of polar ice melt. 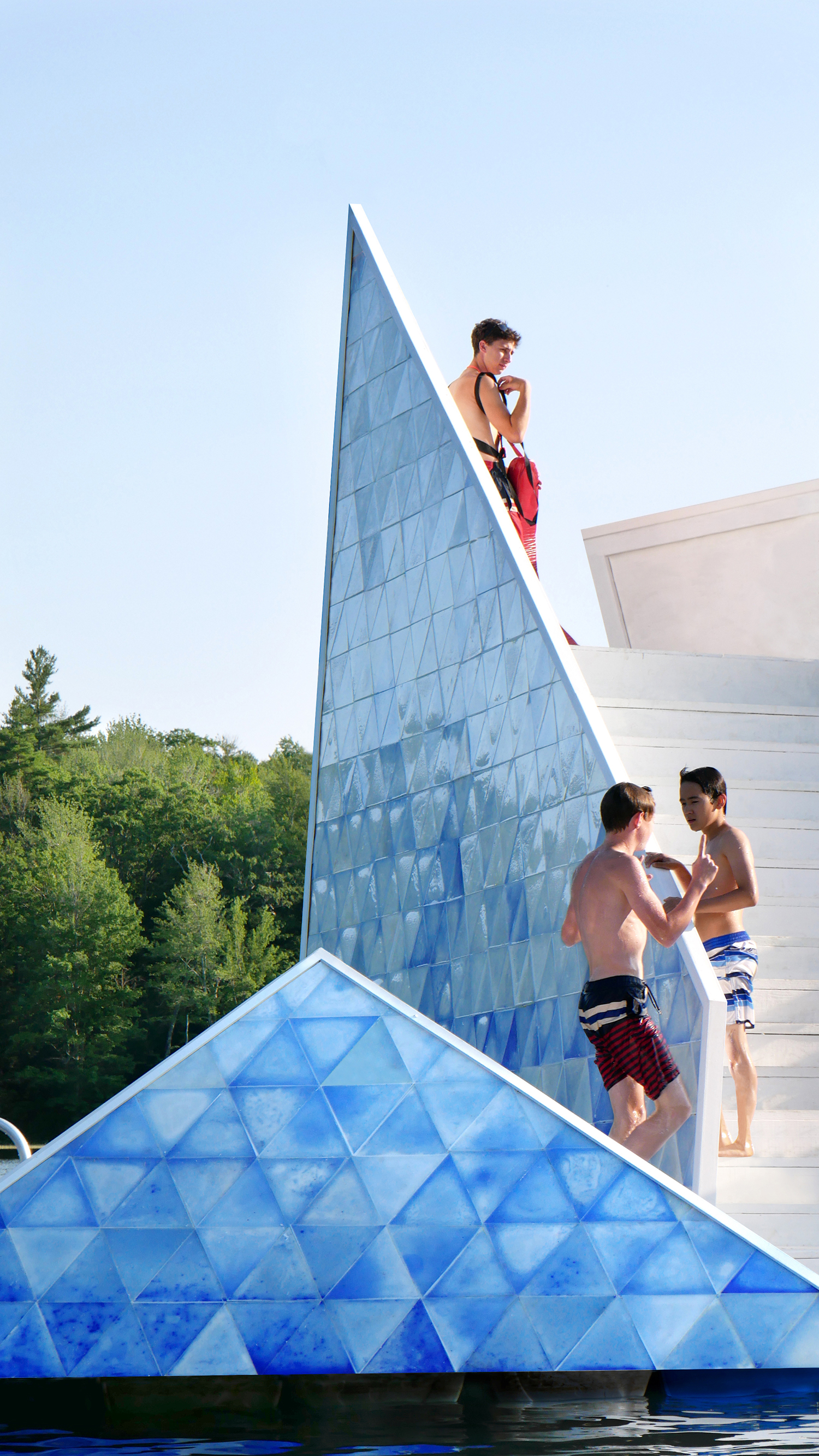 The combination of angular volumes creates an exciting playing space of 63m2 (700 square feet) that revolves around monumental stairs leading up to the highest point of the Iceberg, a platform from which the campers can summon their courage to take a 3 metres (10 feet) jump into the waters of Willey Pond.

Mirroring the stairs, a slanted beach allows for a welcome resting area for sunbathing, as well as an opportunity to jump from a lesser height. 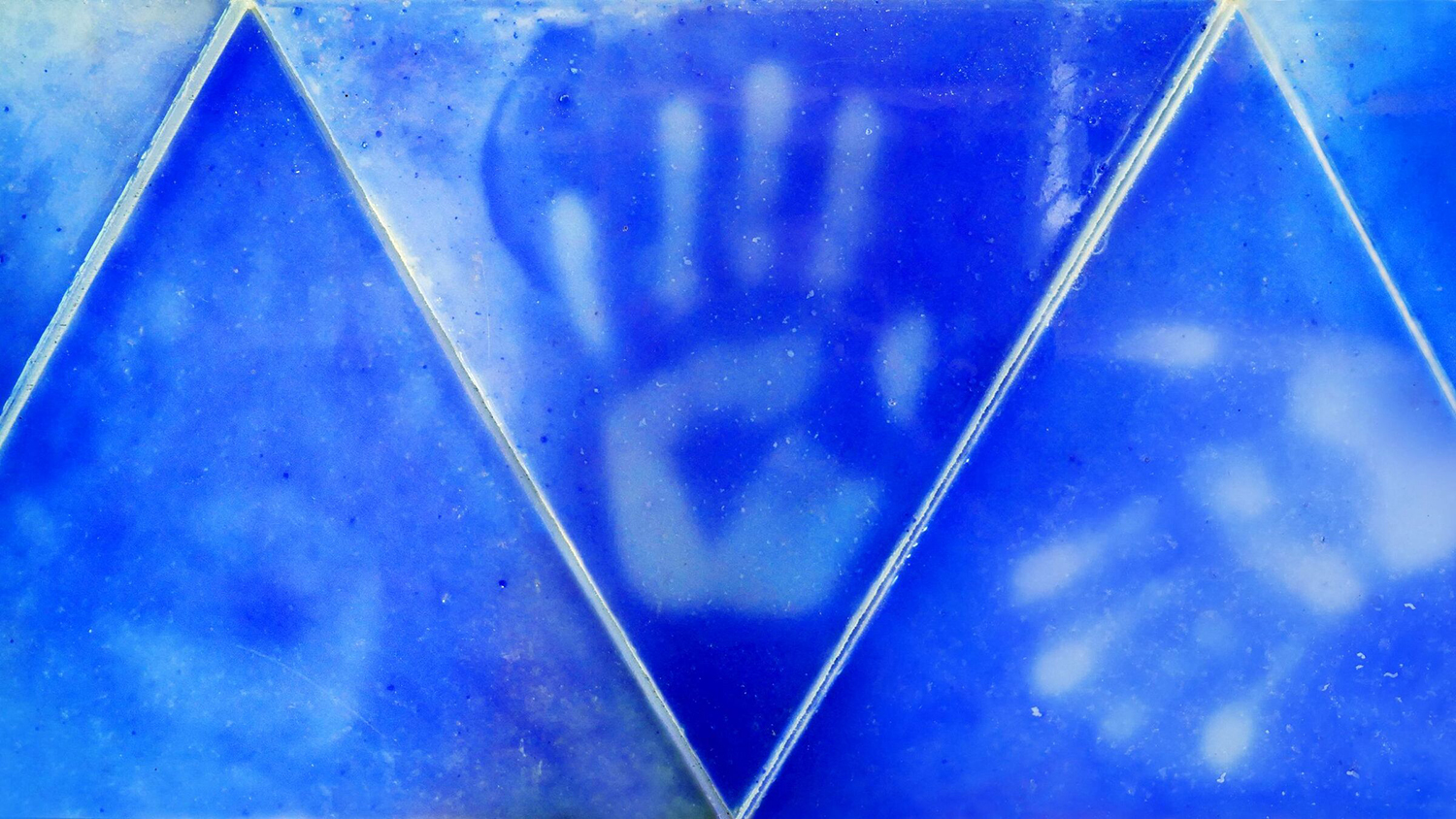 The construction of the structure was a participative process, during which the counselors and the designers supervised the campers as they sawed, sanded, melted, poured, carried and fastened. As architects accustomed to working in an environment where the designer, the client and the users are often three distinct parties, Bulot+Collins were stimulated to have the future users play an active role in the building process of the project. This blurring of boundaries familiarized campers with the subtle implications of building a space, and allowed them to evolve in a structure that they built with their own hands. 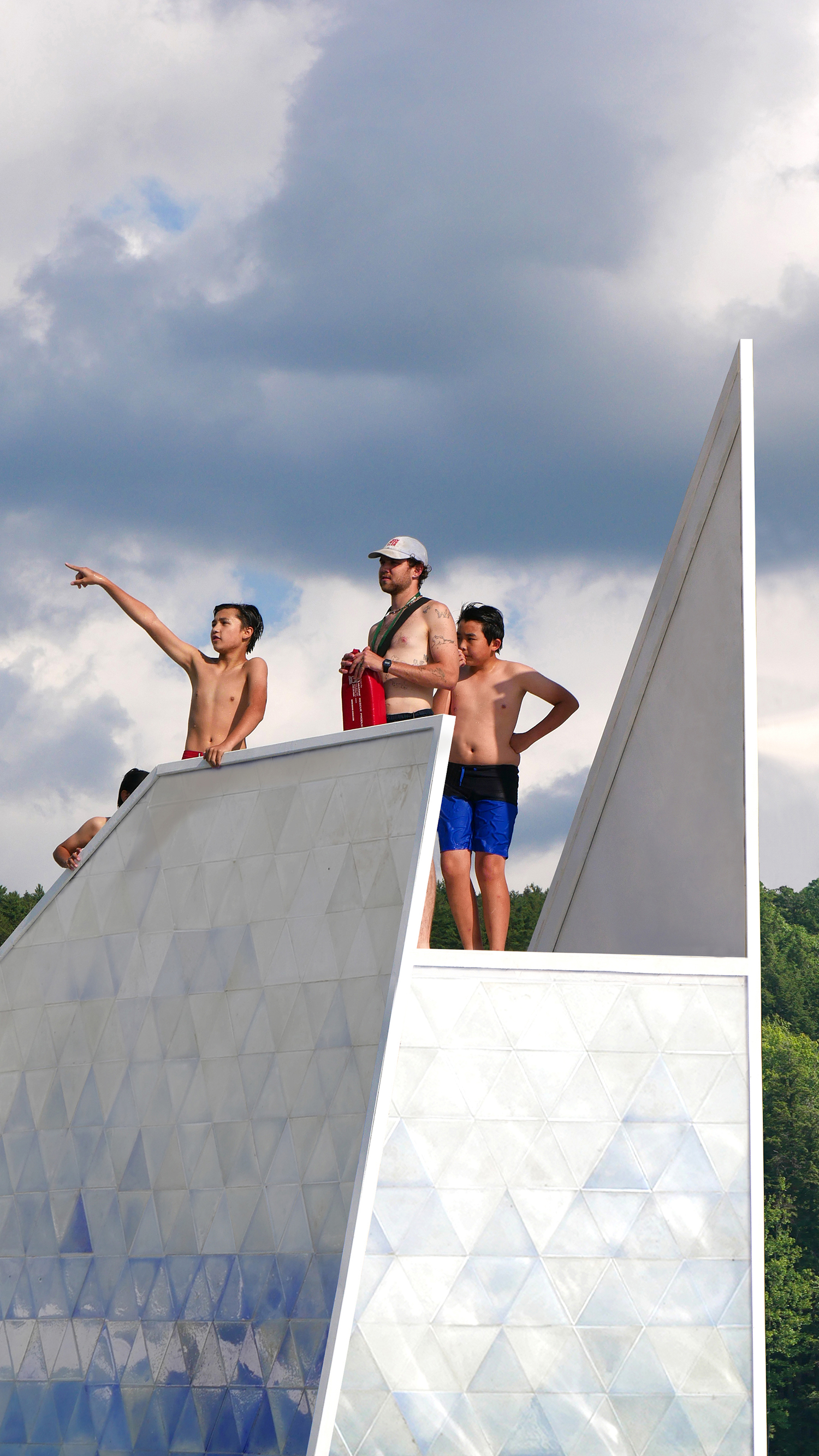 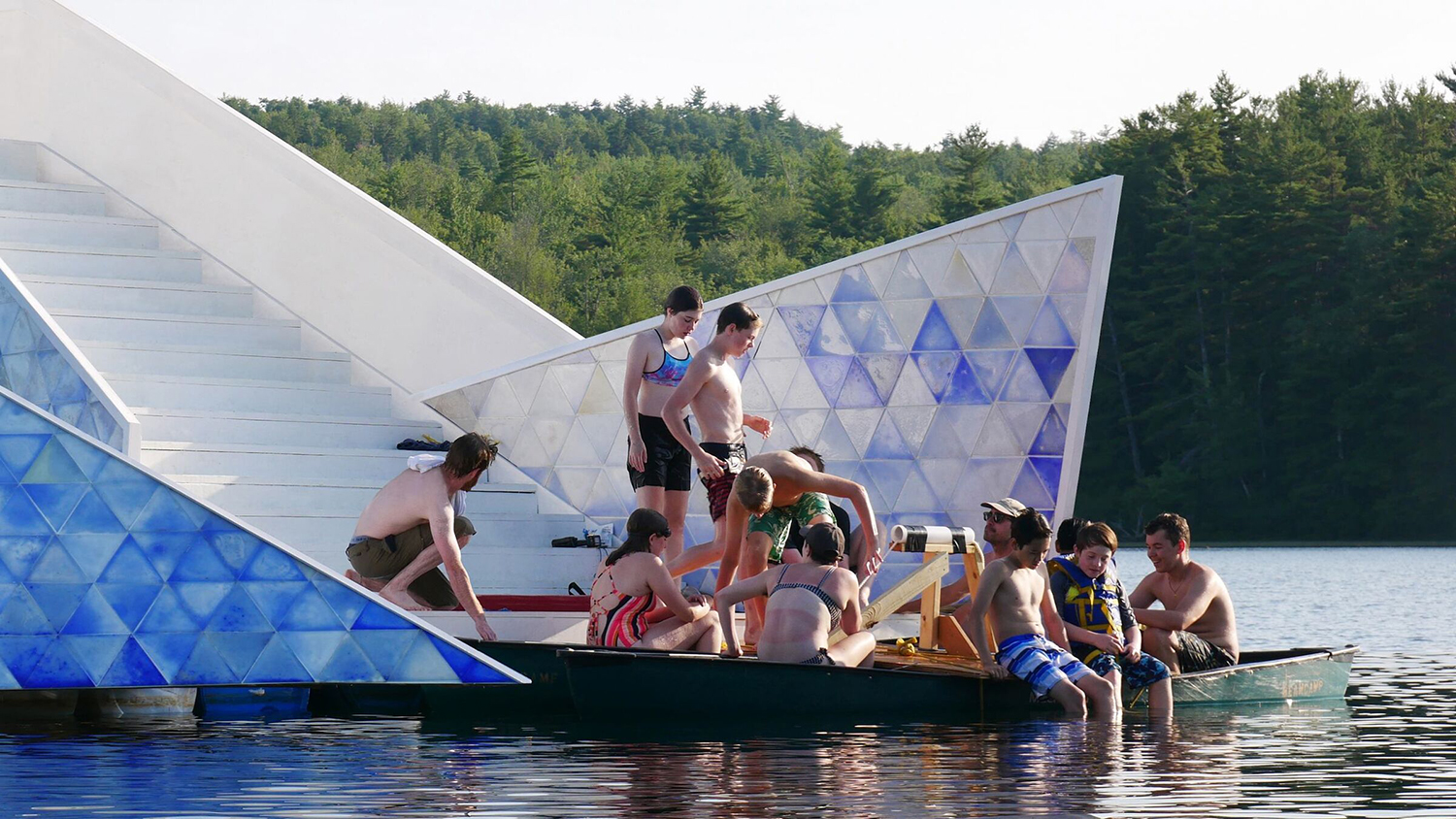 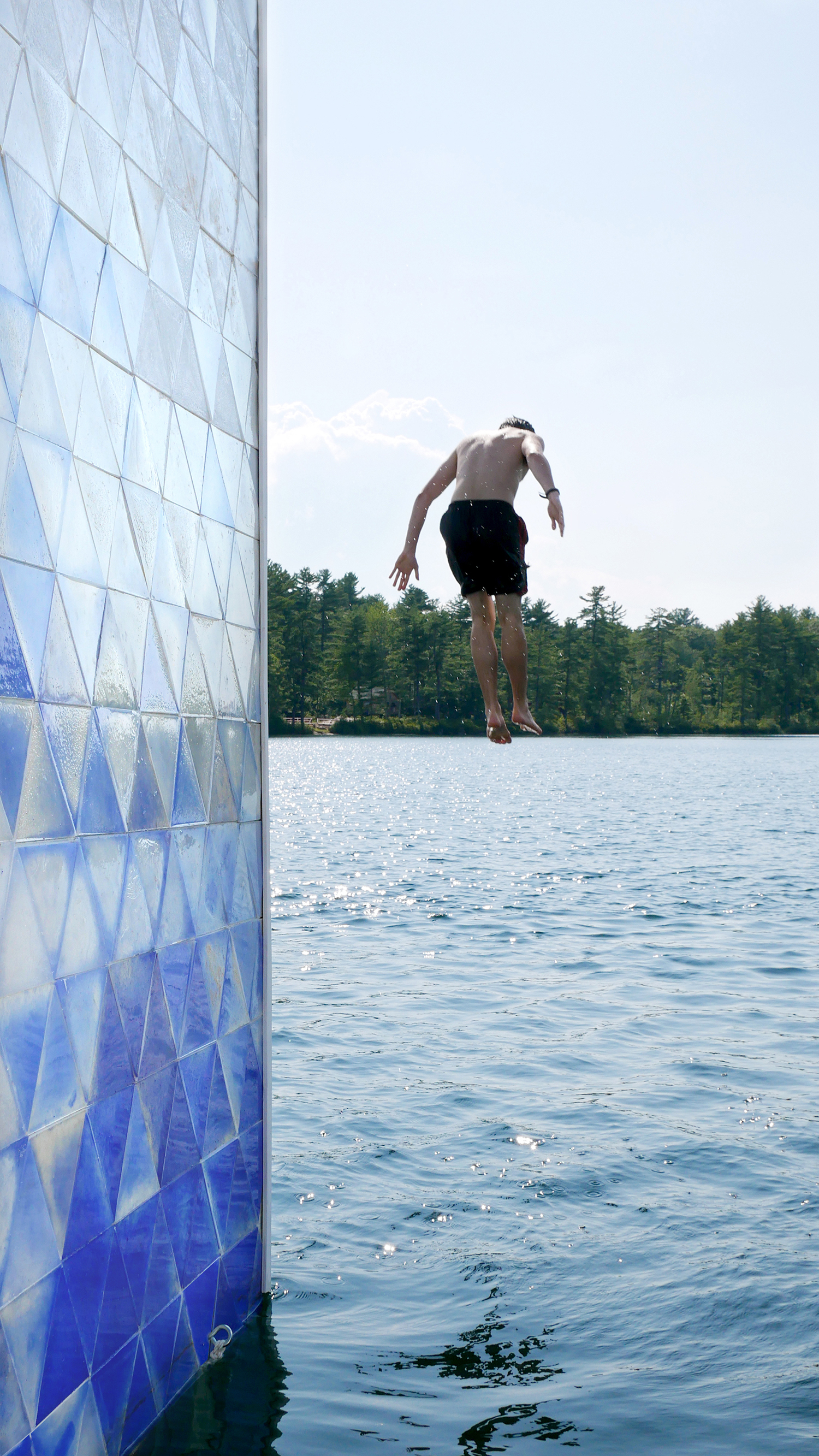 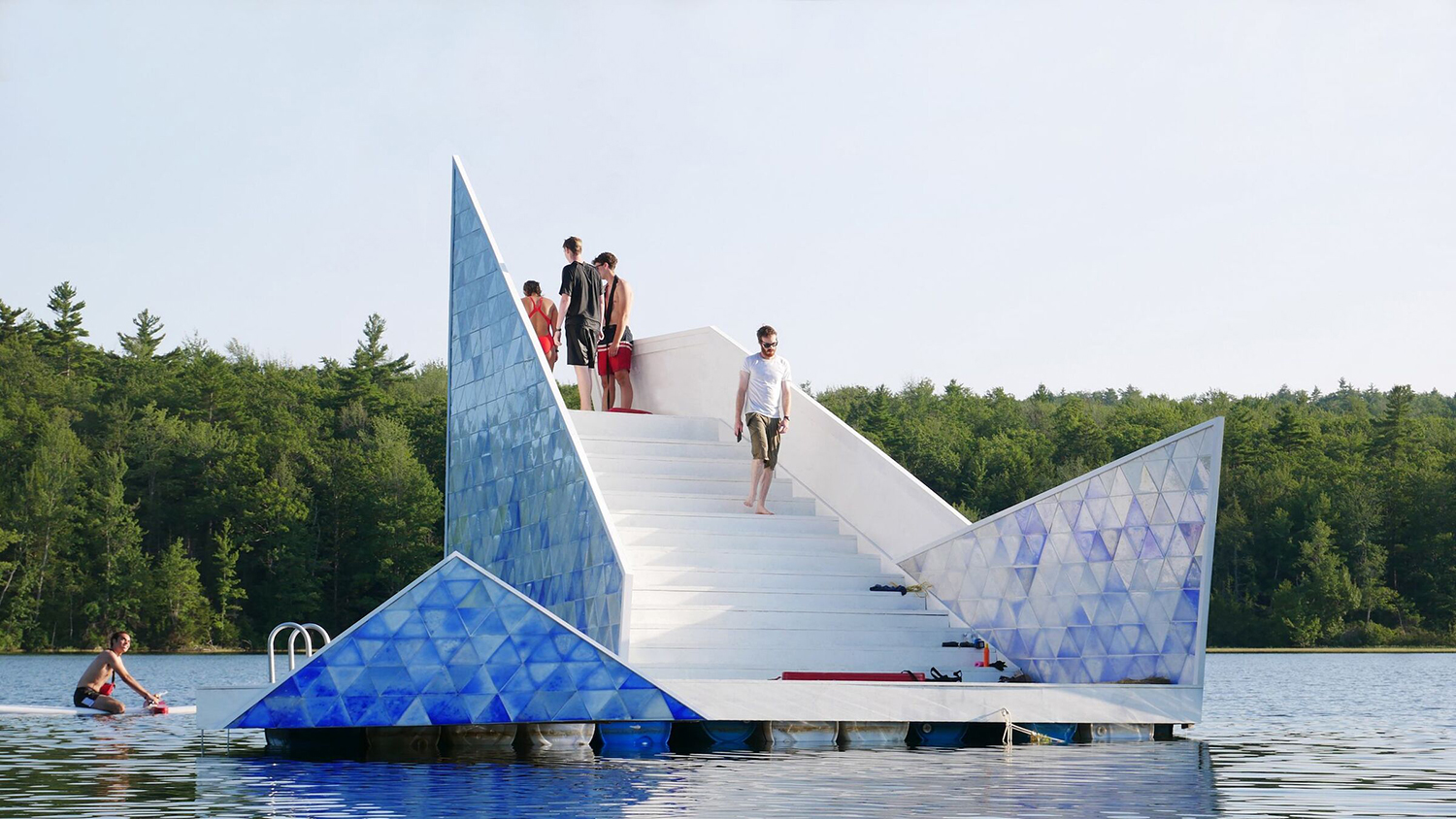 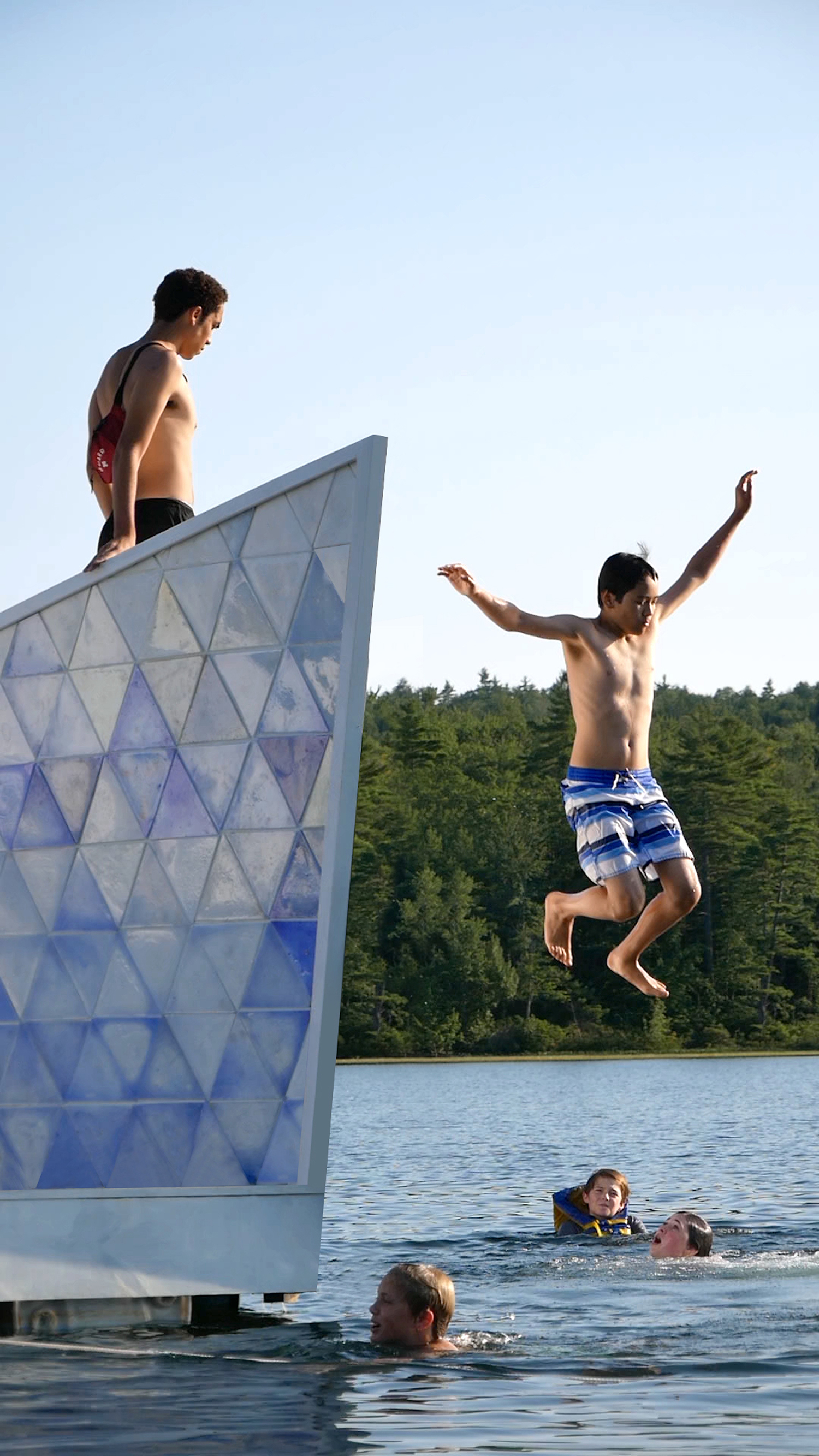