For their first solo exhibition at König Gallery in Berlin, artist duo Elmgreen & Dragset present Short Story, three new figurative sculpture set within an immersive setting that transforms the visual appearance of the upper gallery, the Nave, at St. Agnes.

Short Story sets the stage for a match between two boys. When entering the gallery space visitors will encounter an almost full-size tennis court, slightly raised off the ground. A net in the middle divides the two players and creates a sort of horizontal diptych. The white lines painted onto the orange-brown ground surface not only indicate the set rules of the sport, but also visually remind us of the grid principles of Modernism and the road markings that regulate our behavioural patterns within public space 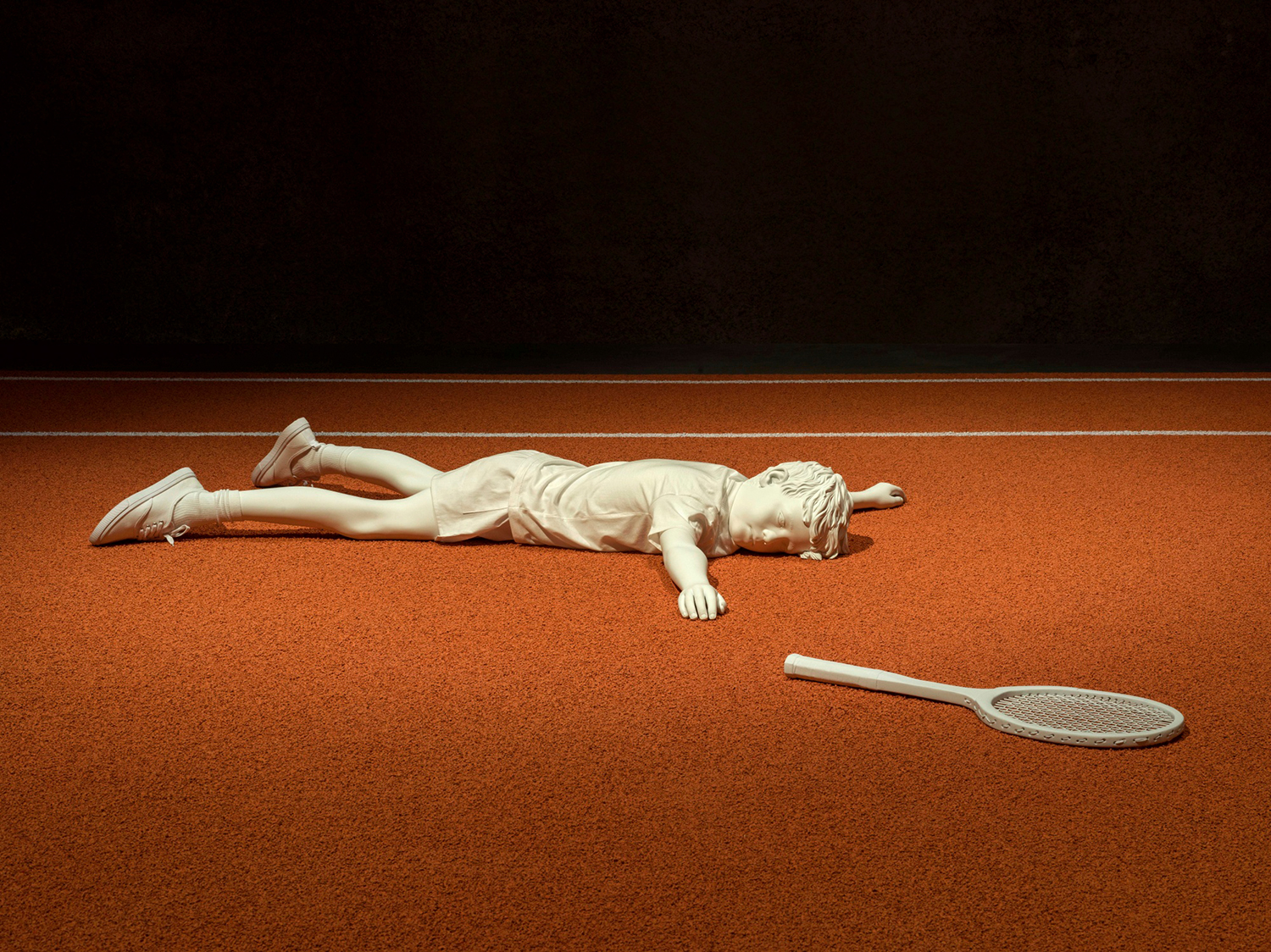 The white-painted figurative bronze sculptures of the boys are placed diagonally at opposing ends of the playing field, small and isolated on the large plane. The boys’ bodies and gazes are turned away from each other, the dialogue and play between them have come to an end. Rather than joy, a discomfort seems to have arisen from the game, for both “winner” and “loser”. The scene is a freeze frame capturing the charged moment ensuing a defeat, where the audience, as onlookers, fulfil the narrative. Was it a fair game? Is it ever a fair game? 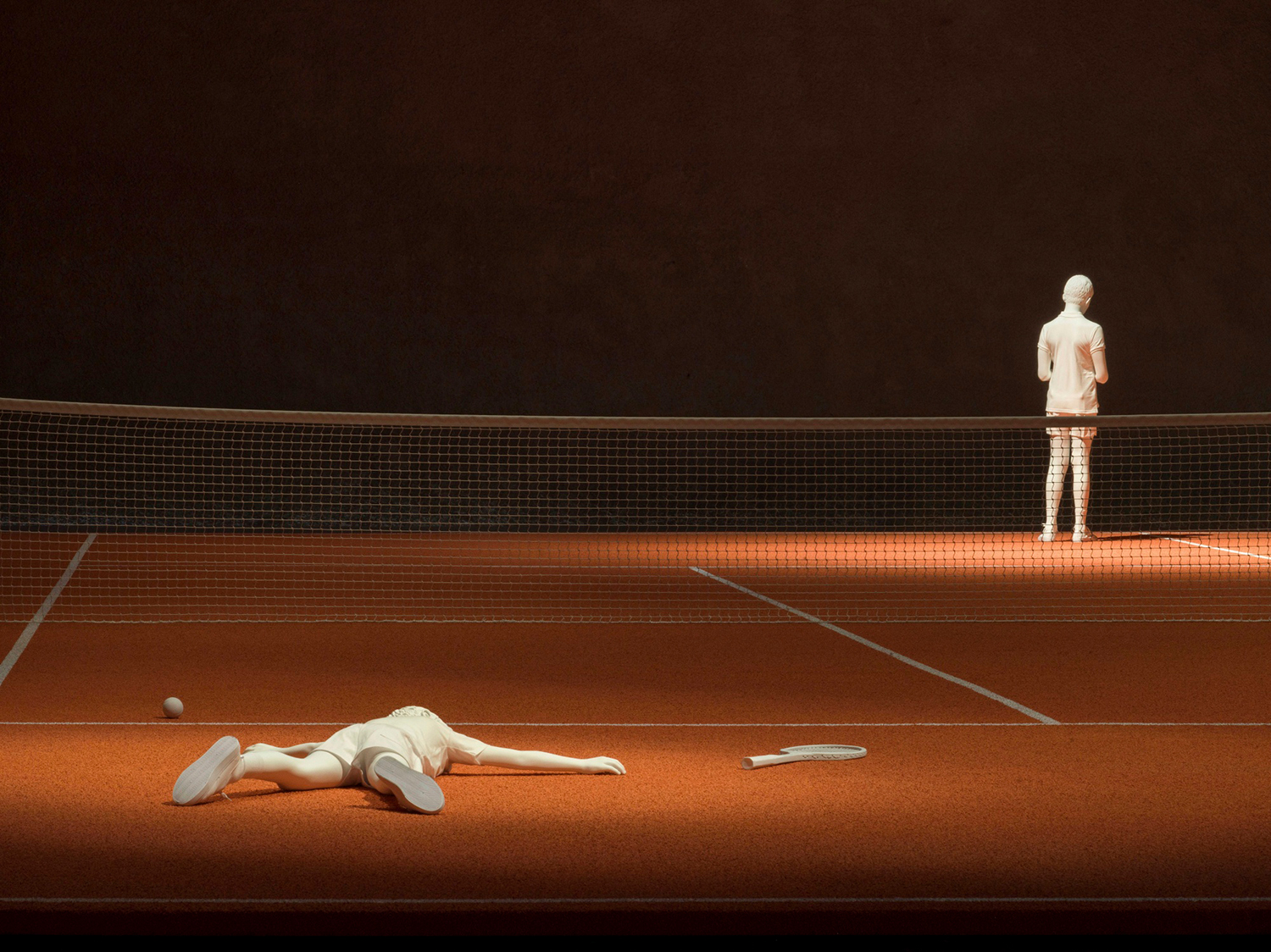 In a corner beyond the tennis court, there is a third figure of an elderly man half asleep in his wheelchair. With his eyelids closing, his interior world appears to grow larger than his exterior as he slowly withdraws from the reality around him. It is as if the tennis match between the two boys is just a vision in his mind – a distant memory reappearing in a dream. Whilst inviting contemplation on topics like individualism and competition, the scenario with its abrupt narratives, the ostensible collapse of time and the colliding realities in Elmgreen & Dragset’s Short Story provide us with the possibility of multiple readings. 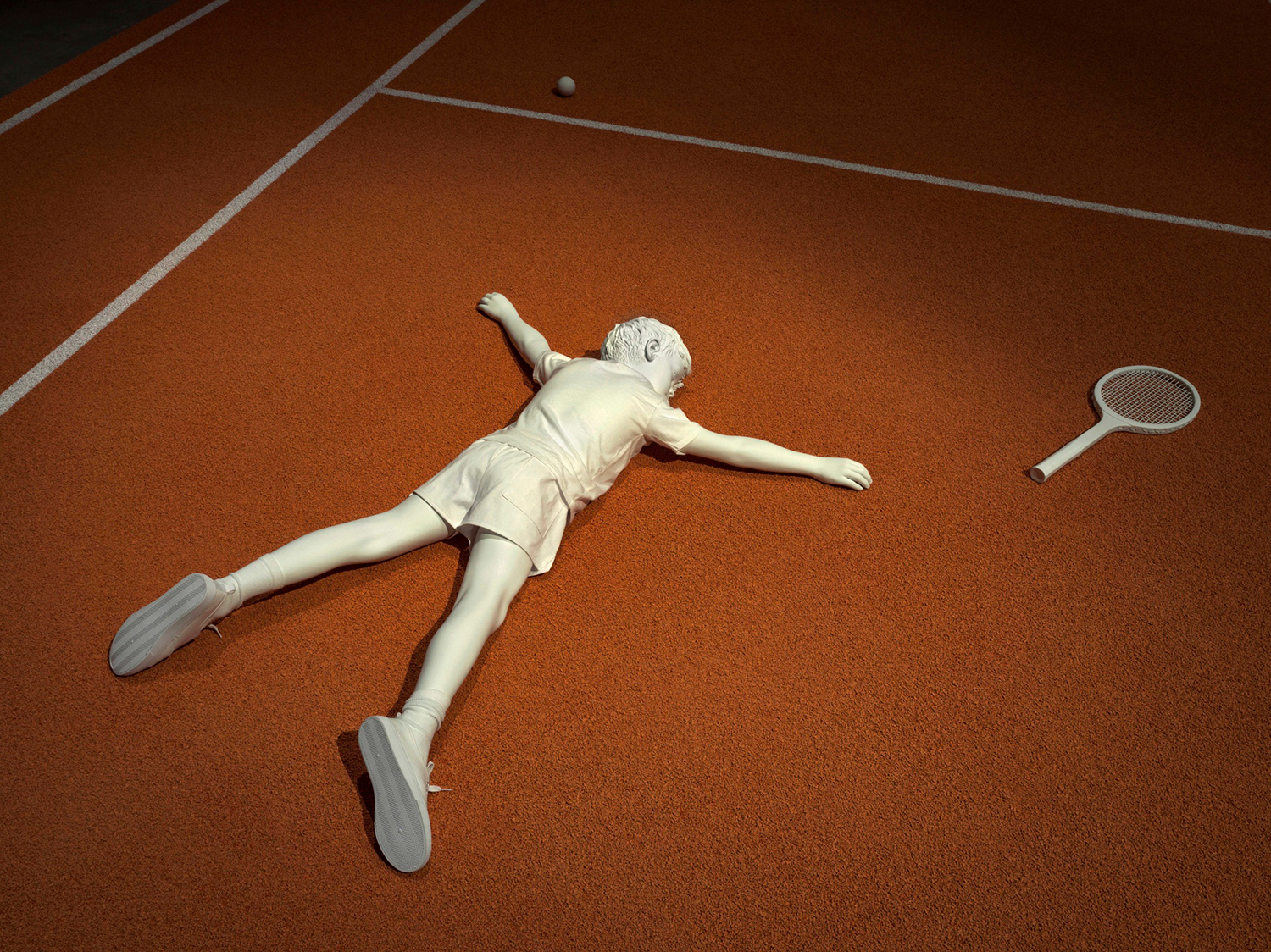 Elmgreen & Dragset have realized several public sculptures including Van Gogh’s Ear, presented first by Public Art Fund at the Rockefeller Center, New York in 2016 and now installed at K11 in Hong Kong; their Bent Pool was installed in Pride Park, Miami Beach in December 2019. In 2008, the artists made the Memorial to the Homosexuals Persecuted under the National Socialist Regime, which is permanently installed in Berlin’s Tiergarten park, and in 2019, the Hamburger Bahnhof acquired their Statue of Liberty (2018) for the sculpture garden.

In 2002, Elmgreen & Dragset were awarded the Preis der Nationalgalerie für Junge Kunst and the artist duo received the B.Z.-Kulturpreis in Janaury 2020. 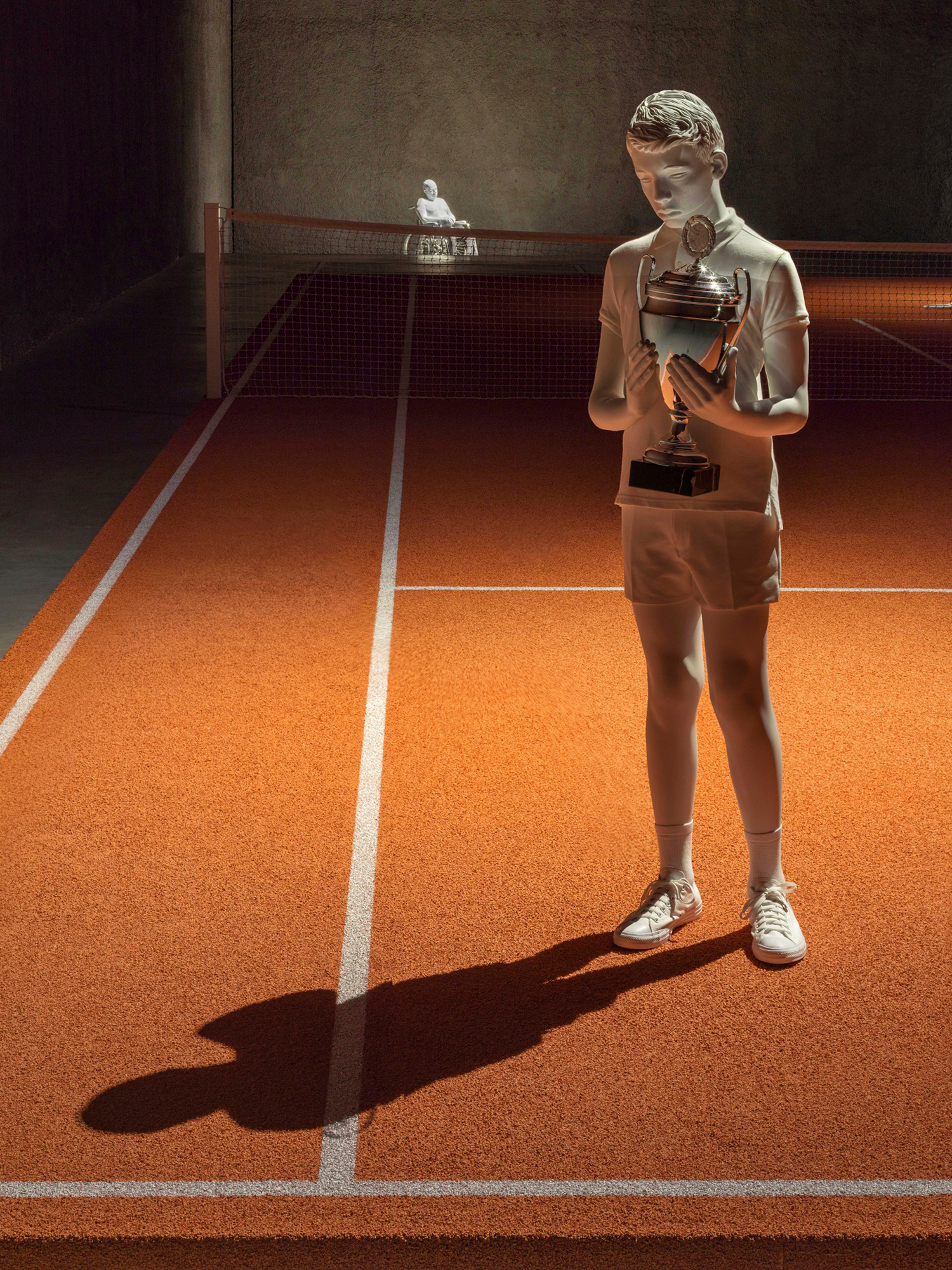 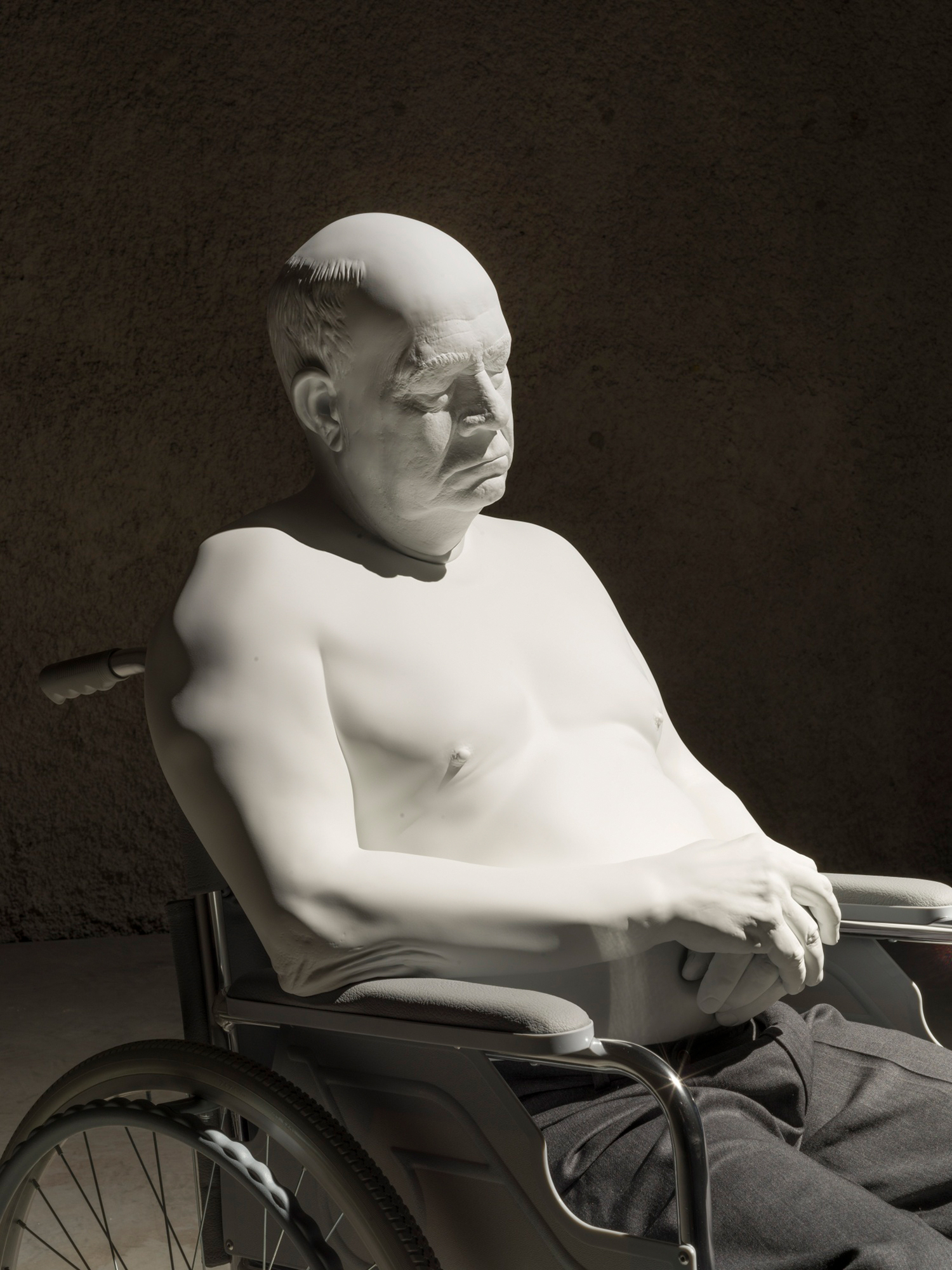 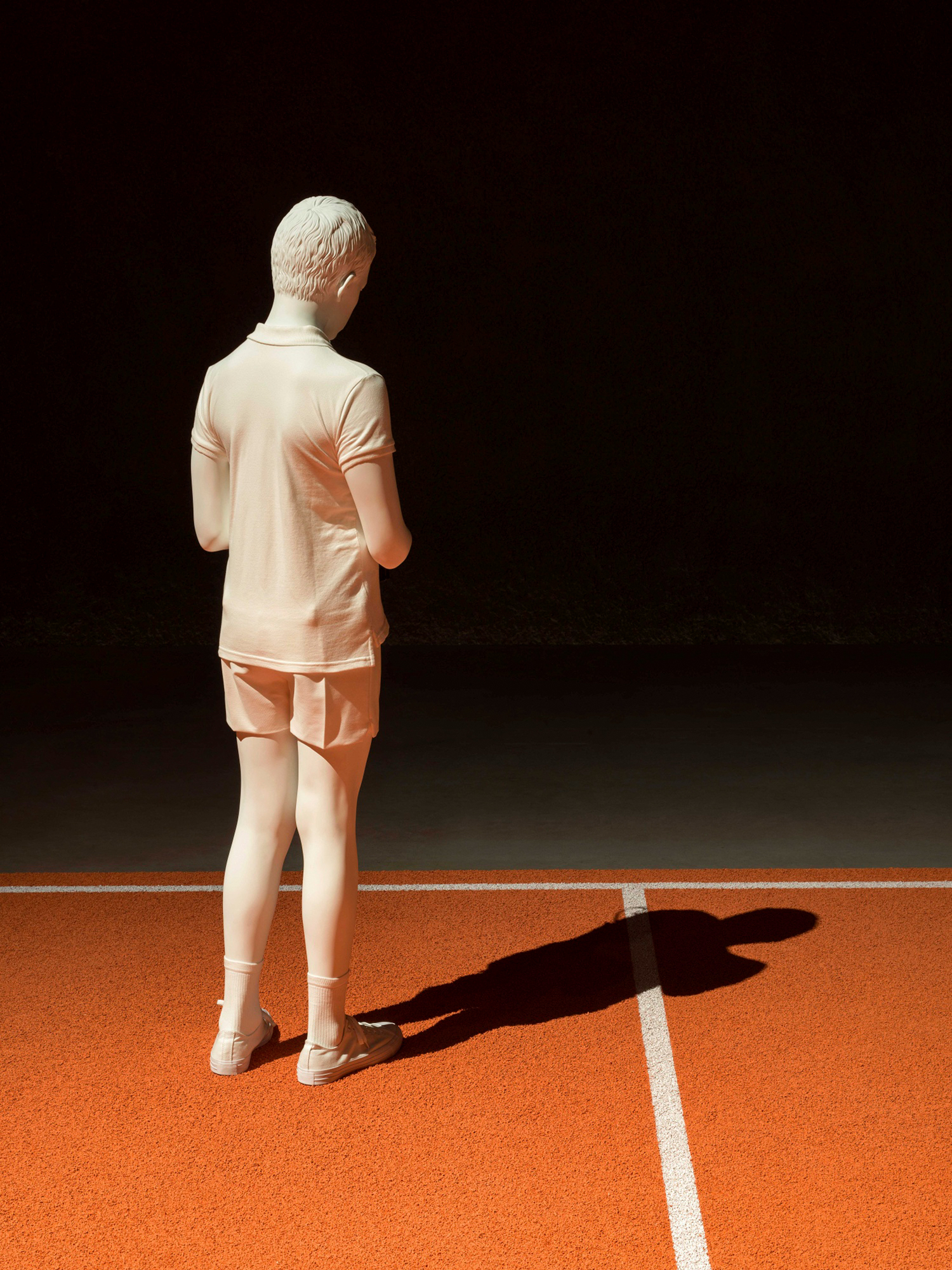 IMPORTANT NOTICE: Due to the current situation surrounding the Covid-19 epidemic, the exhibition can only be visited after booking a time slot and the gallery will allow a restricted number of visitors at a time into the space to keep everyone safe.