With the opening of St. Petersburg’s new 26-acre waterfront Pier, American artist Janet Echelman has unveiled her newest permanent work, Bending Arc. Composed of 1,662,528 knots and 180 miles of twine, the aerial sculpture spans 424 feet and measures 72 feet at its tallest point. Echelman‘s art embraces change. The monumental sculpture gently billows above the Pier District, allowing the wind to create a choreography of constantly changing shape in the sculpture’s soft surface. The sculpture’s color also transforms at every moment while its surface interplays with natural and projected light. 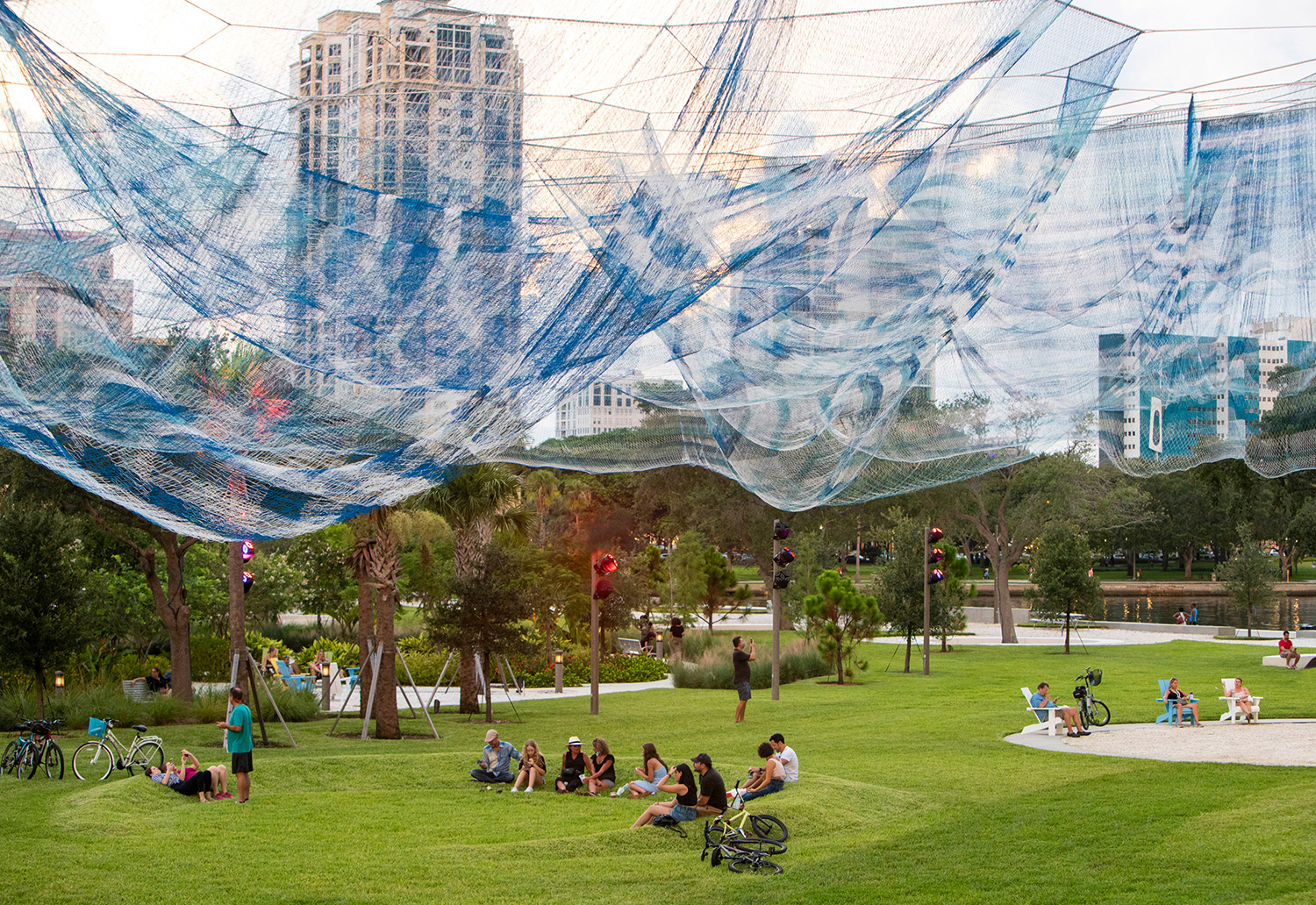 In daytime the sculpture casts shadow drawings on the park and people below, and at night it transforms into a glowing beacon of magenta and violet light. The internationally-renowned artist, born and raised along the shores of Tampa Bay, was inspired by historical postcards depicting blue and white striped beach parasols together with the geometric forms made by colonies of barnacles growing on the underside of the pier itself. The sculpture’s design in aerial view can be read as three barnacle-like parasols nestled together. 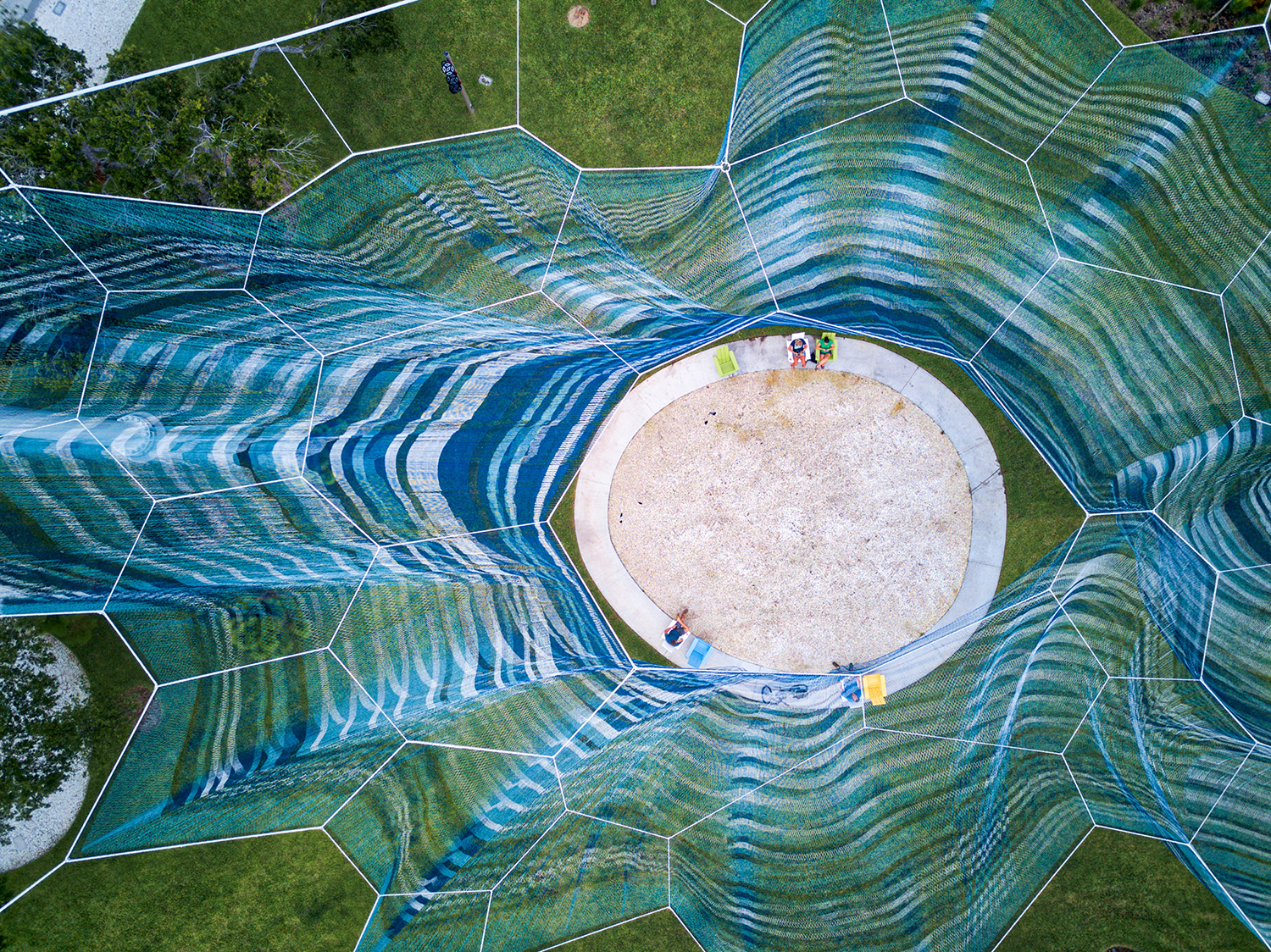 As she continued her design process, she learned of the site’s important Civil Rights Movement significance, as the place where local citizens began peacefully challenging racial barriers, leading to the 1957 US Supreme Court case ruling which upheld the rights of all citizens to enjoy use of the municipal beach and swimming pool without discrimination. The sculpture’s geometry in section is composed of multiple arcs, which gently billow in the wind. The artist titled the sculpture Bending Arc in reference to MLK’s words: “The arc of the moral universe is long, but it bends toward justice.” 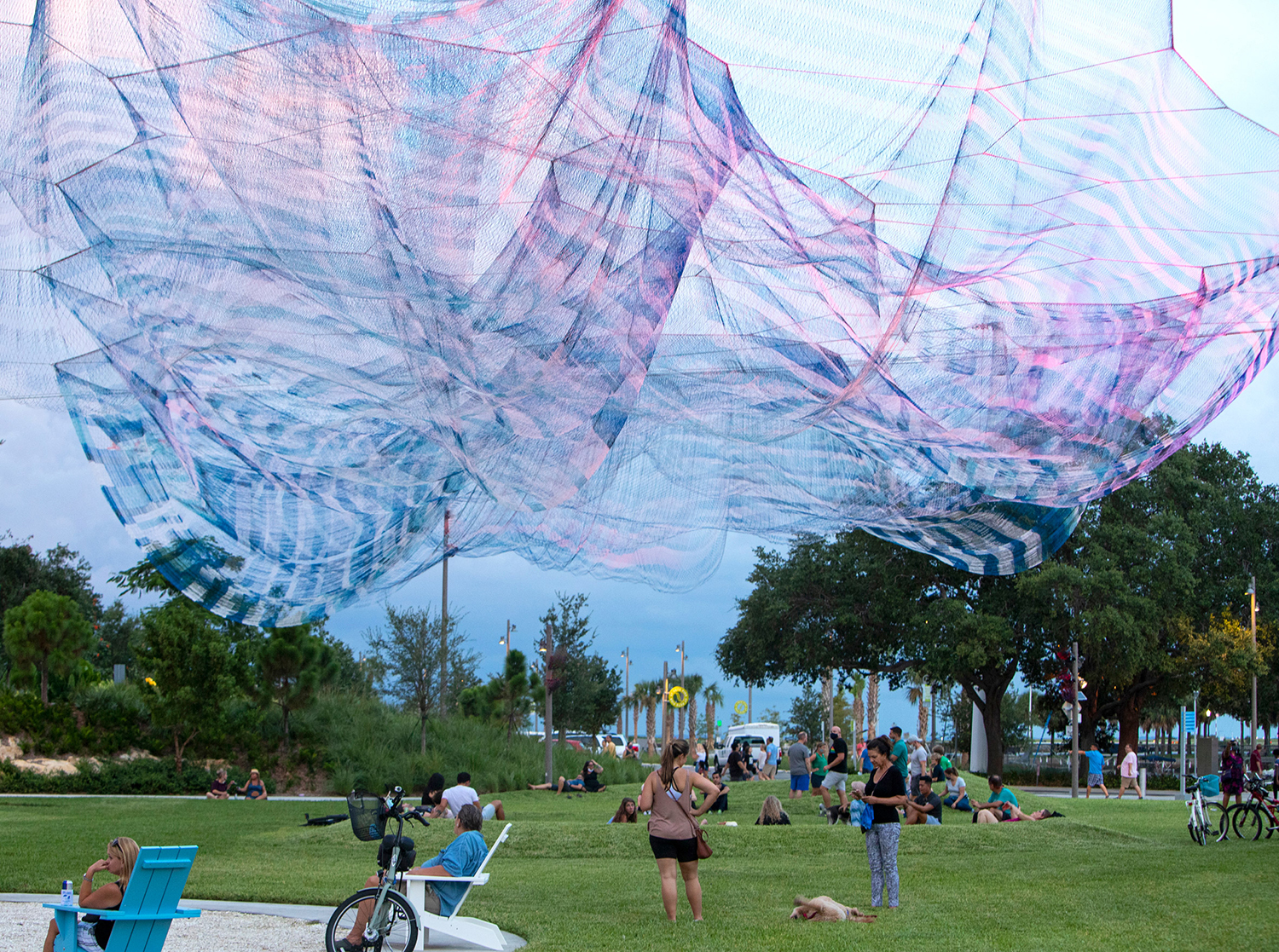 A public-private partnership, the fiber sculpture was funded entirely by private donors, and the cost of its related infrastructure and park was covered within the city’s $92 million Pier District project. Made entirely of lightweight fiber, the monumental sculpture is engineered to withstand 150 mph winds, and the maximum force applied to its masts is 65 tons. The rope is made of a fiber 15 times stronger than steel by weight and was used by NASA to tether the Mars Rover. The net in plan covers 47,500 square feet. 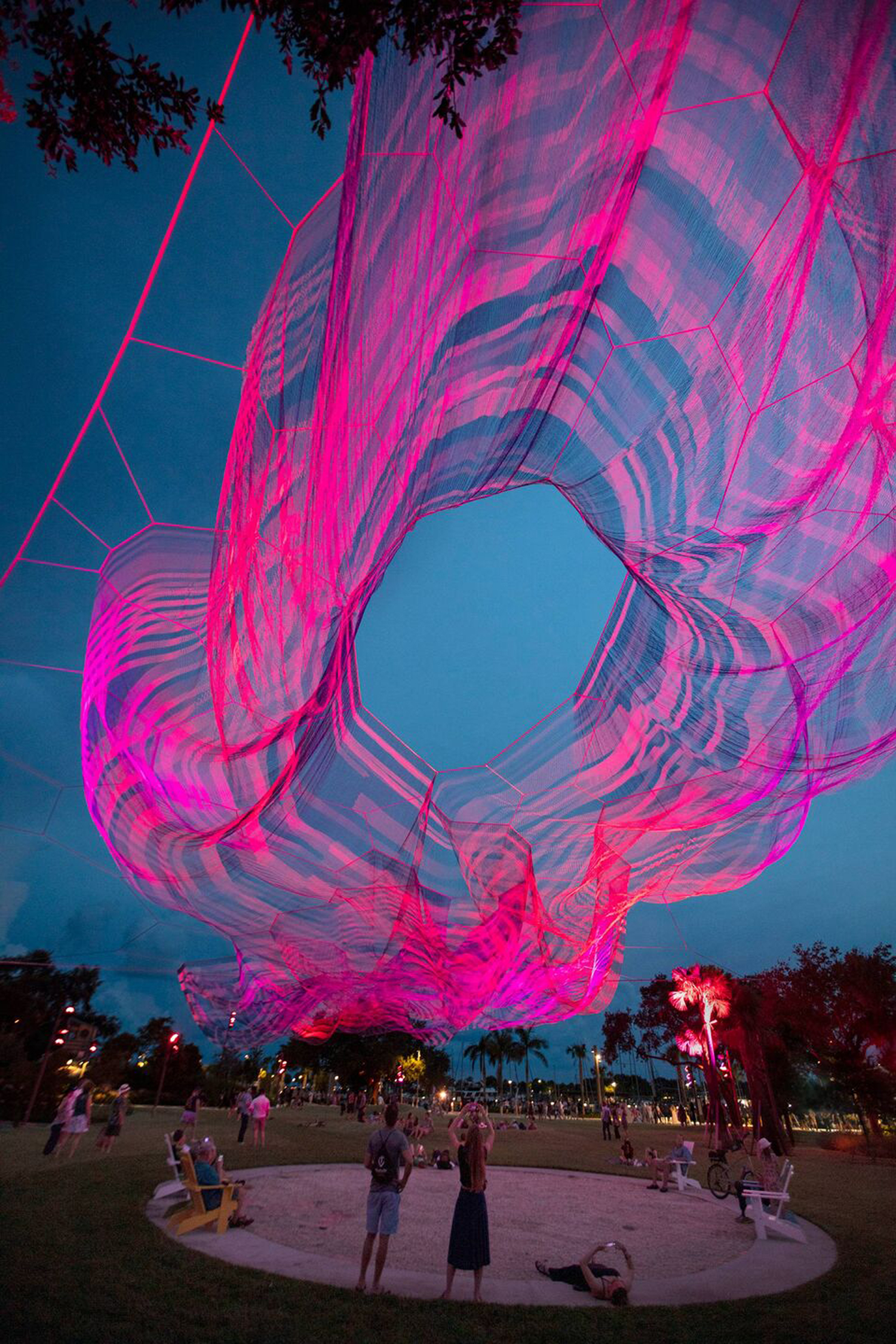 The net and ropes weigh a total of 5,330 pounds. Echelman’s artwork offers visitors an oasis where they can seek a moment of calm sensory experience and heightened awareness of nature and our place within it. “The sky is the canvas for my artwork,” says Echelman, “and because this art is outside in the fresh air. During this pandemic, it offers a place for people to share an authentic experience while staying safe.”