On view until February 14, 2021, Tomas Saraceno’s Moving Atmospheres at the Garage Museum of Contemporary Art takes is the largest presentation of his practice in Russia to date. The installation, a partially mirrored sphere suspended in the air, propels us toward an Aerocene epoch. Saraceno’s call to this new era is championed by the multi-disciplinary community group Aerocene. 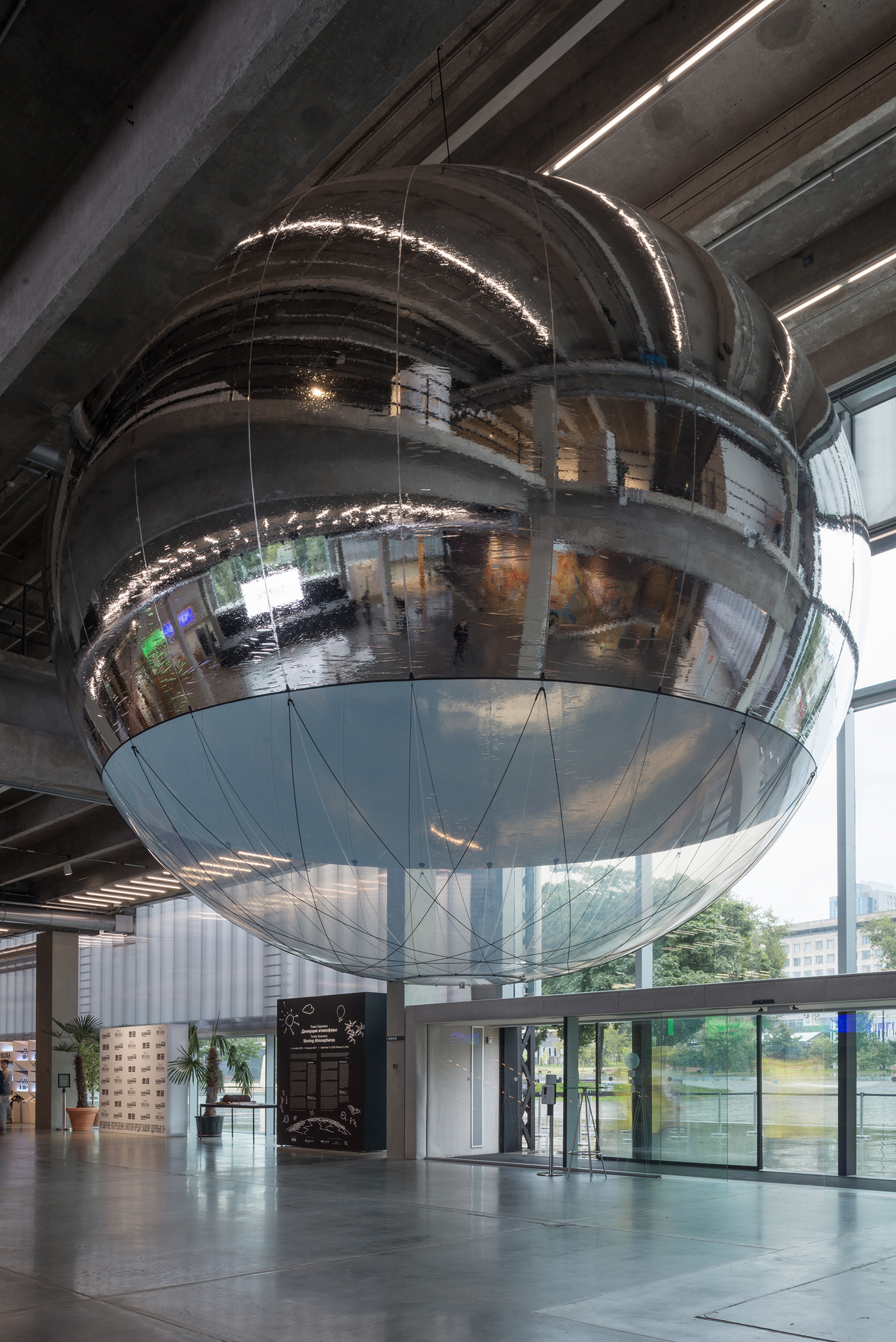 For more than a decade he has been imagining a world free from the carbon, extractivism, capitalism, and patriarchy that fuels some forms of life, a new way of being with the atmosphere and emissions-free travel, free from solar panels, lithium, helium, hydrogen, and fossil fuels. This new era stands in stark contrast to the lingering eco-traumas of the Anthropocene, the current geological age in which some human capitalistic activity has been the dominant influence on climate and the environment. 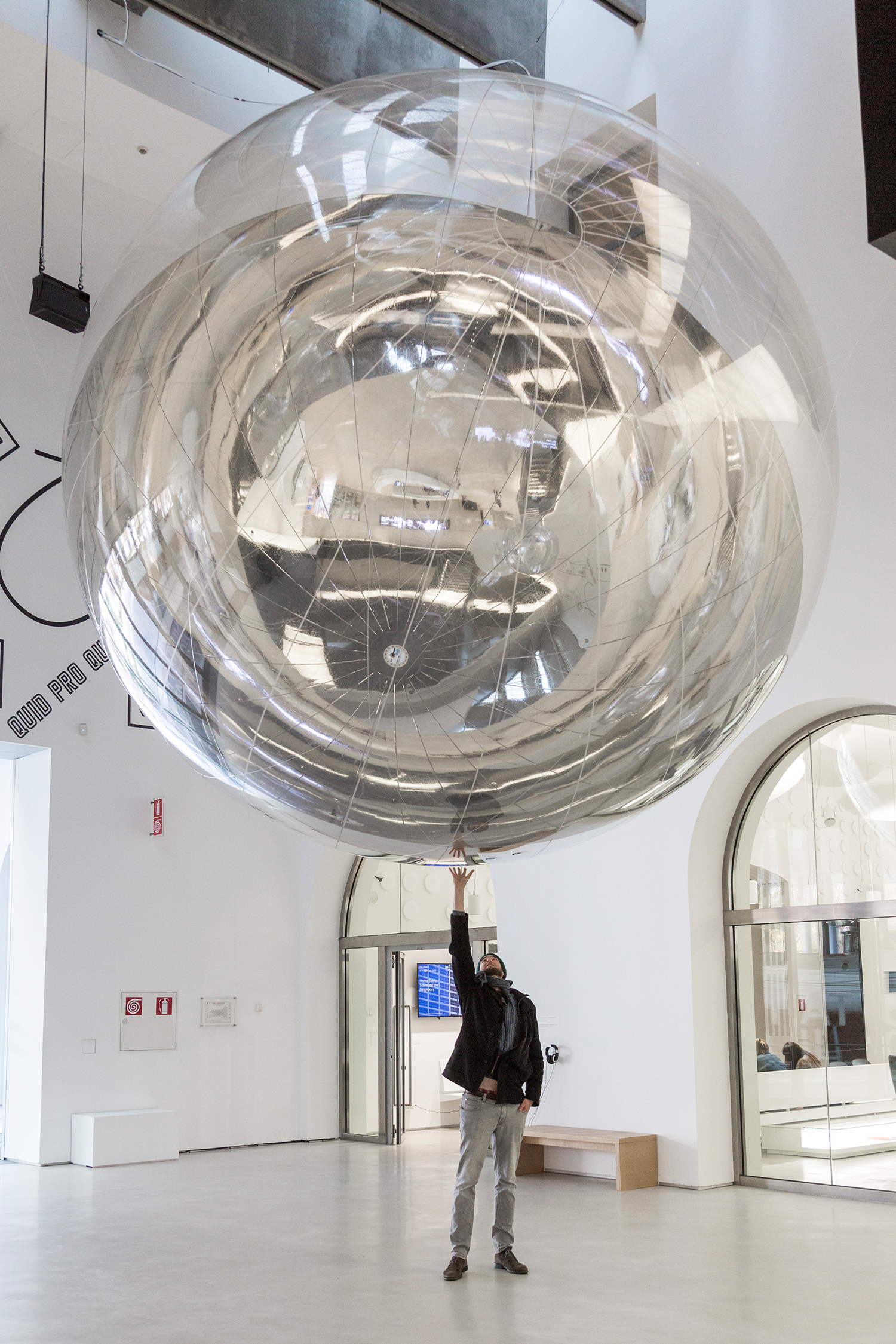 With this unique artwork, conceived for Garage, Saraceno takes us a step closer toward this new era, working for the first time with a material that posits the sculpture as a working prototype for a balloon that is able to float around the world, fueled only by the air we breathe and the heat of the sun. The use of ETFE, an extremely durable translucent polymer, means the artwork performs a crucial next step in the development of aerosolar flights, a unique venture that distinguishes Saraceno’s practice. 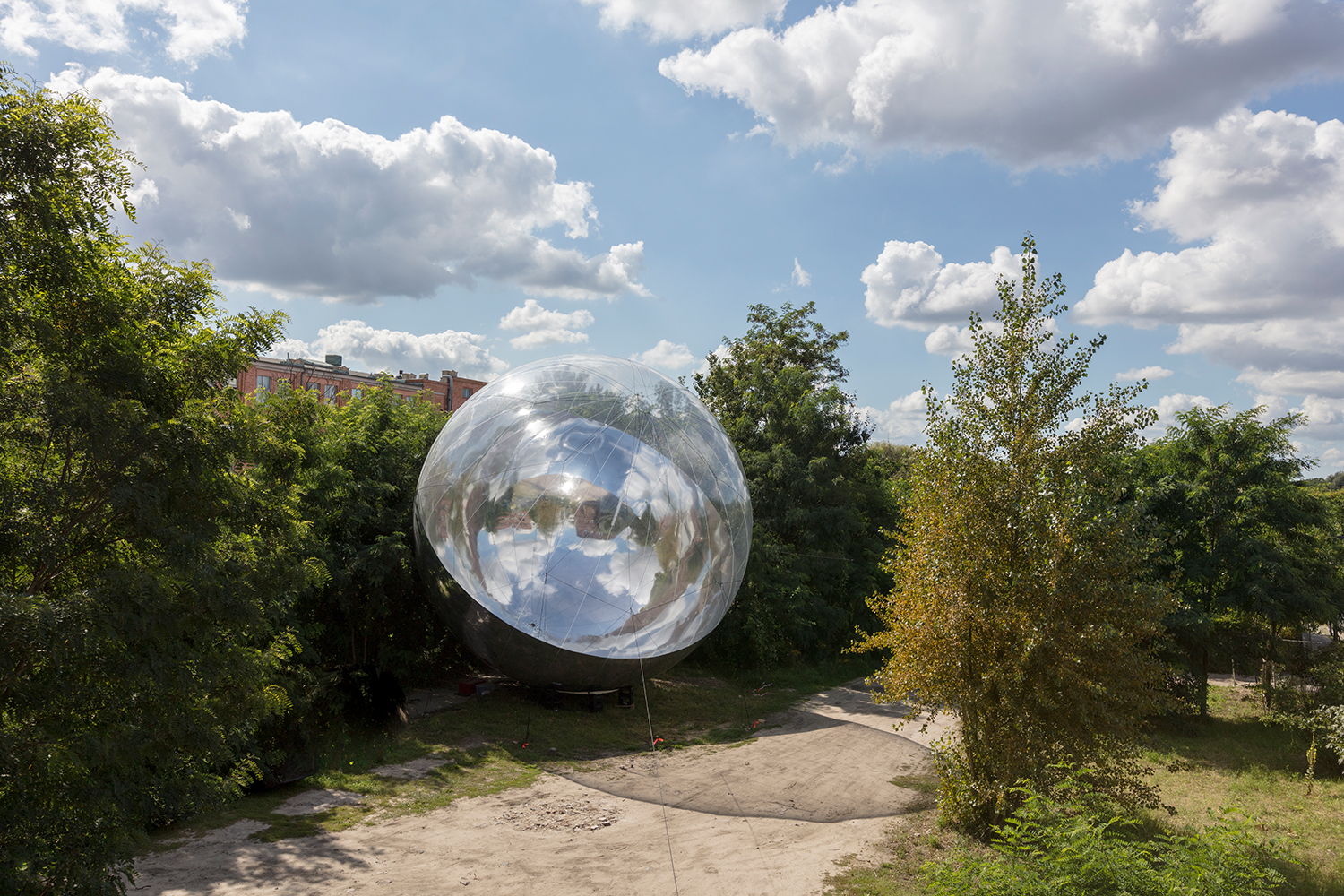 The installation Moving Atmospheres is a modeled version of a bigger structure, also made of analogous materials, proven to sustain long-distance flight while floating at altitudes between 20 km and 40 km. The design of this sculpture builds on scientific experiments begun by the French Centre National d’Études Spatiales (CNES), where Tomás Saraceno was artist in residence in 2012. From the late 1970s, CNES began to launch Infrared radiation balloons (montgolfière infrarouge, or MIR) into the upper levels of the atmosphere.

These structures are made of two different lightweight materials: transparent and mirror foils. The mirror part of these sculptures reflects part of the sun’s radiation, thus preventing the air envelopes from overheating. The transparent half helps to maintain the temperature inside the envelope during the night, as it absorbs infrared radiation emitted from the earth’s surface, the solar heat that the planet accumulated during the day. 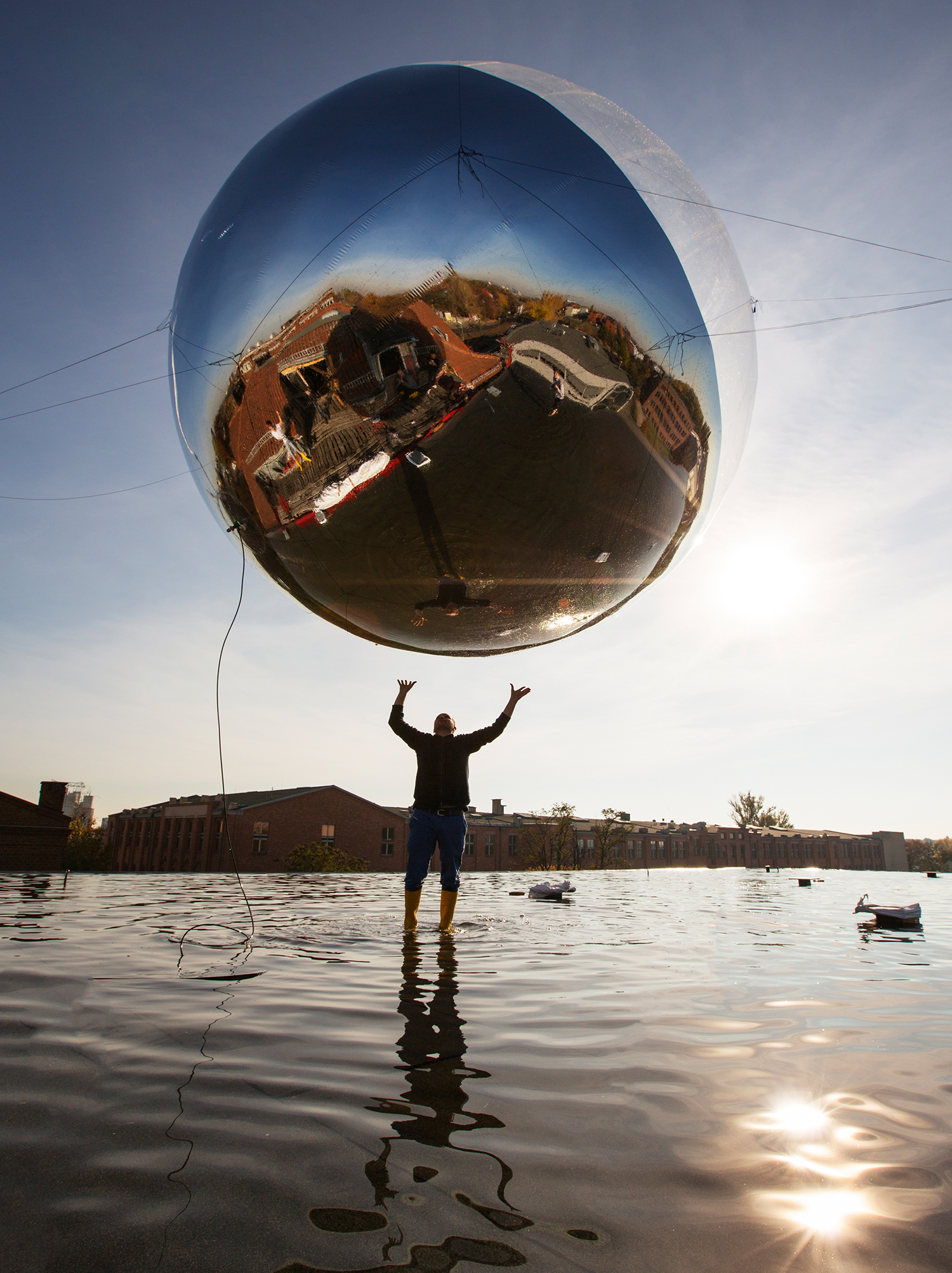 Saraceno’s project for Garage resonates with the most daring concepts of the Russian avant-garde, who suggested that people, buildings, and even entire cities should become airborne. Yet, while the visionary ideas of the Russian cosmists foreshadowed a speedy relocation to new extraterrestrial habitats, Saraceno proposes an alternative that enables us to attune to the air, its movements, and the role we each have as co-creators of the atmosphere. Leading cosmist Nikolai Fedorov saw the museum as fundamentally contradicting the idea of progress, and sought to unite the space of life with the space of the museum. Saraceno’s practice shares this utopian commitment through a conceptual bridge to Fedorov. His artworks have a pragmatic dimension, but it is in the museum that the artist’s ideas hover at the point of fruition.