Art collective teamLab opens an unprecedented exhibition combining the experiences of art and sauna, teamLab Reconnect: Art with Rinkan Sauna Roppongi, in Roppongi, Tokyo. Running for a limited time of six months, the exhibition is composed of a Sauna Area, a Cold Bathing Area, and an Art Submersion Area, where visitors can rest while immersing themselves in artworks. These areas are all interconnected to form a single, continuous experience in which visitors can sauna trance, immerse themselves in art, and reconnect with the world and time. The exhibition is scheduled to run from March 22 to August 31, 2021.

teamLab Reconnect is a new type of exhibition in which visitors do not view art in the finest place, but rather experience art in their finest mental state by entering a sauna trance. When taking alternating hot and cold baths, visitors open their minds, experience ever-expanding physical sensations, and become one with the art. Recognizing that the mind, body, and environment are the wholeness of their being, visitors are reconnected to the world and time. 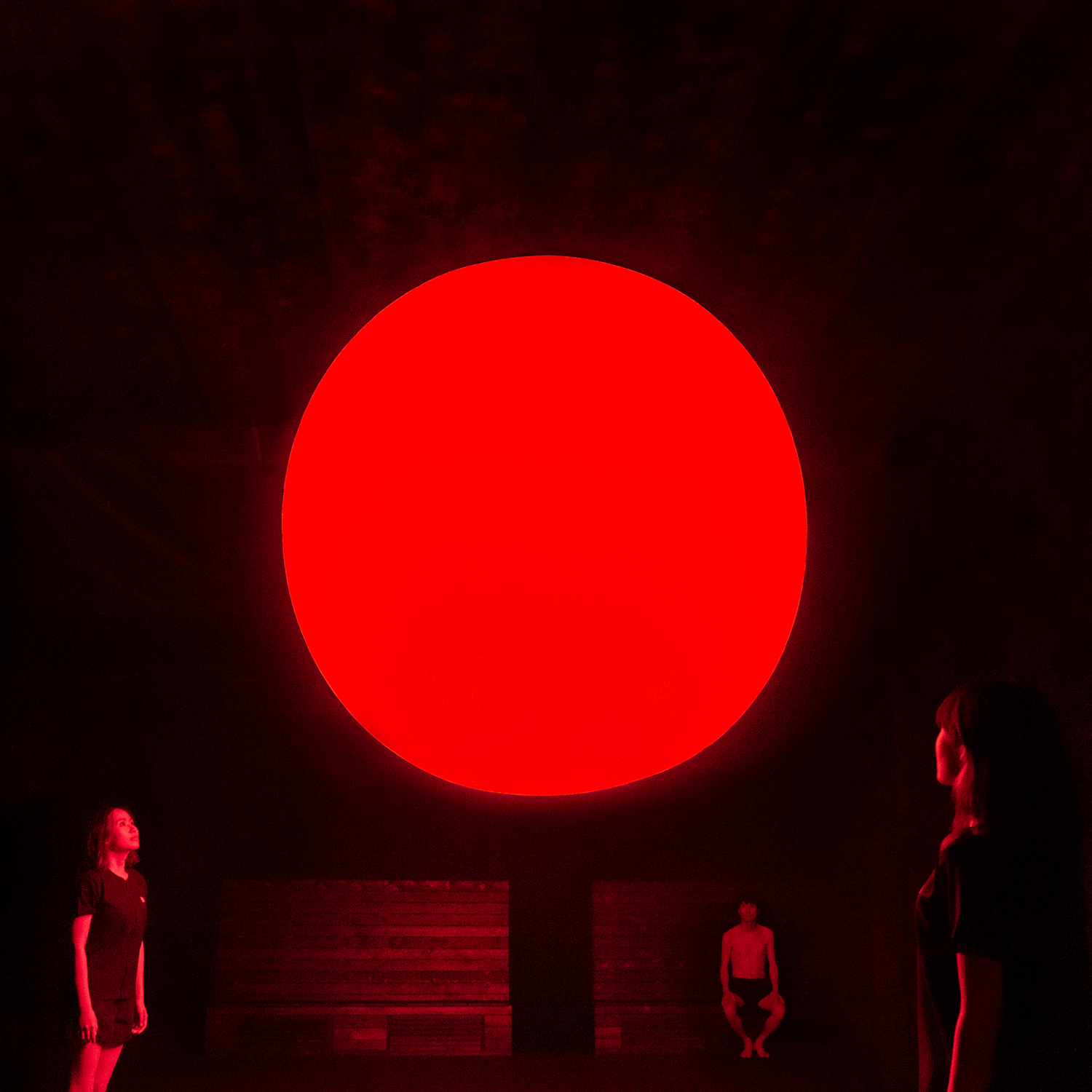 Scientifically speaking, sauna trance is an exceptionally unique neurological state brought about by alternating hot and cold baths — repeated exposure to saunas, cold water, and rest. When entering a sauna trance, the senses sharpen, the mind clears, the beauty of the surrounding world comes into focus, and what normally goes unnoticed can be experienced. 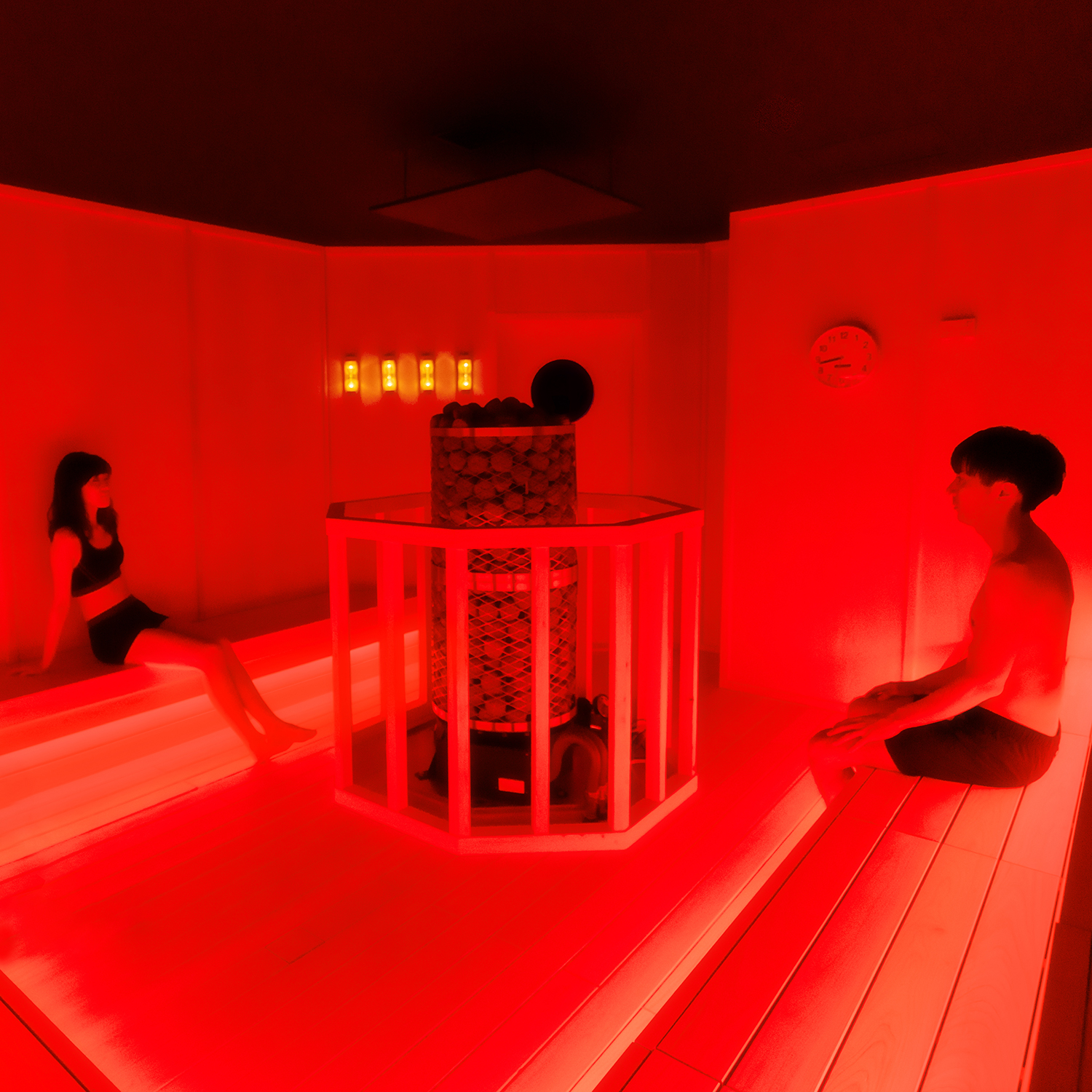 teamLab Reconnect will unveil six artworks, including never-before-seen pieces based on teamLab’s new art project, “Supernature Phenomenon.” Supernature Phenomenon is a project that focuses on phenomena that defy the laws of nature and the resulting changes in perception itself. teamLab believes that when a person views supernature phenomena, such as the defiance of universal gravitation, this causes their perception to change, thus leading to a new cognitive experience that differs from that of everyday life. 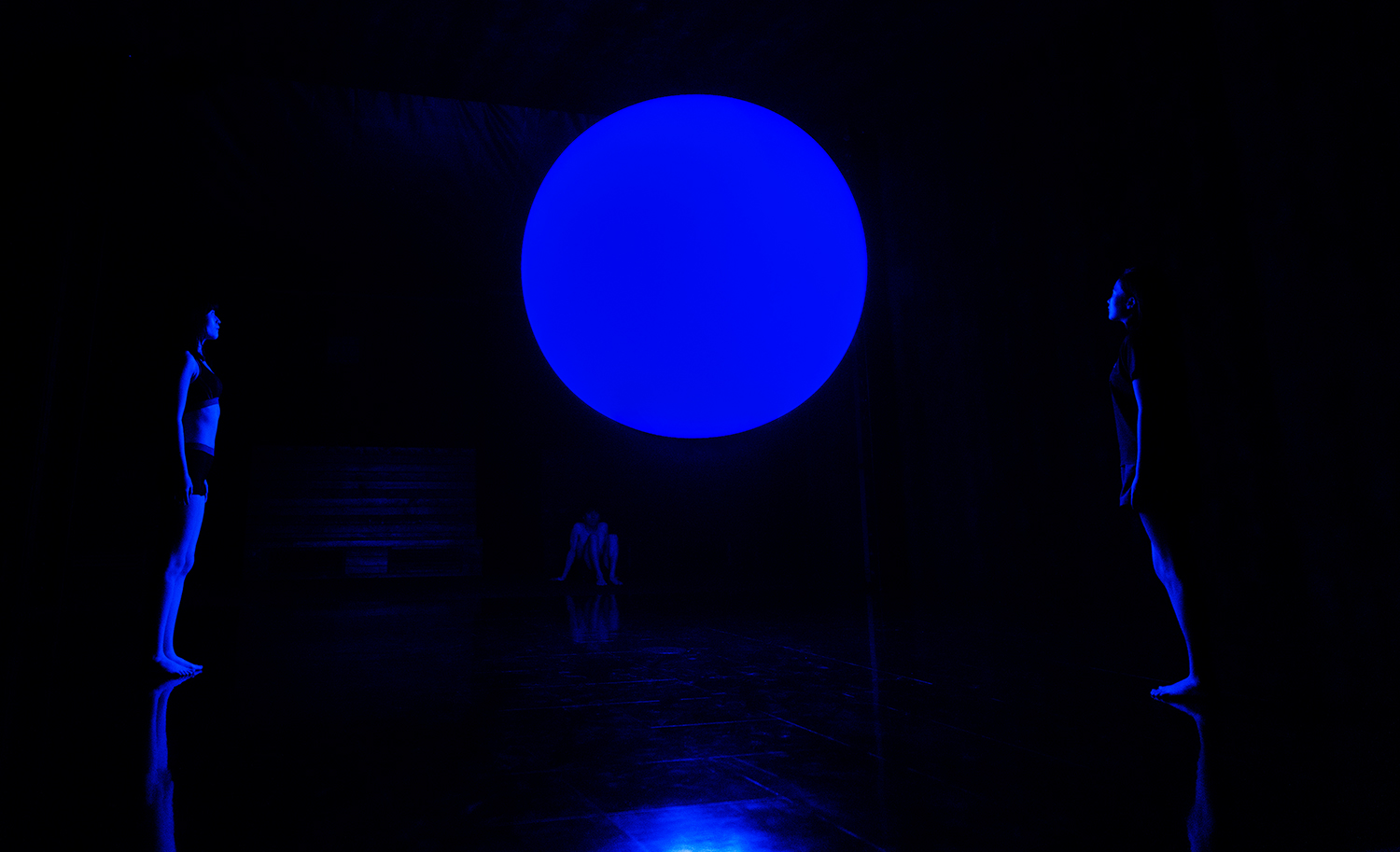 Highlights of the exhibition include levitation, a sphere that hovers in a space between the floor and ceiling, floating up and down as through transcending the concept of mass. the sphere falls to the ground and rolls away when people touch or impact it — but if there is no external interference, it will slowly rise into the air again, as though restoring itself to its original state. 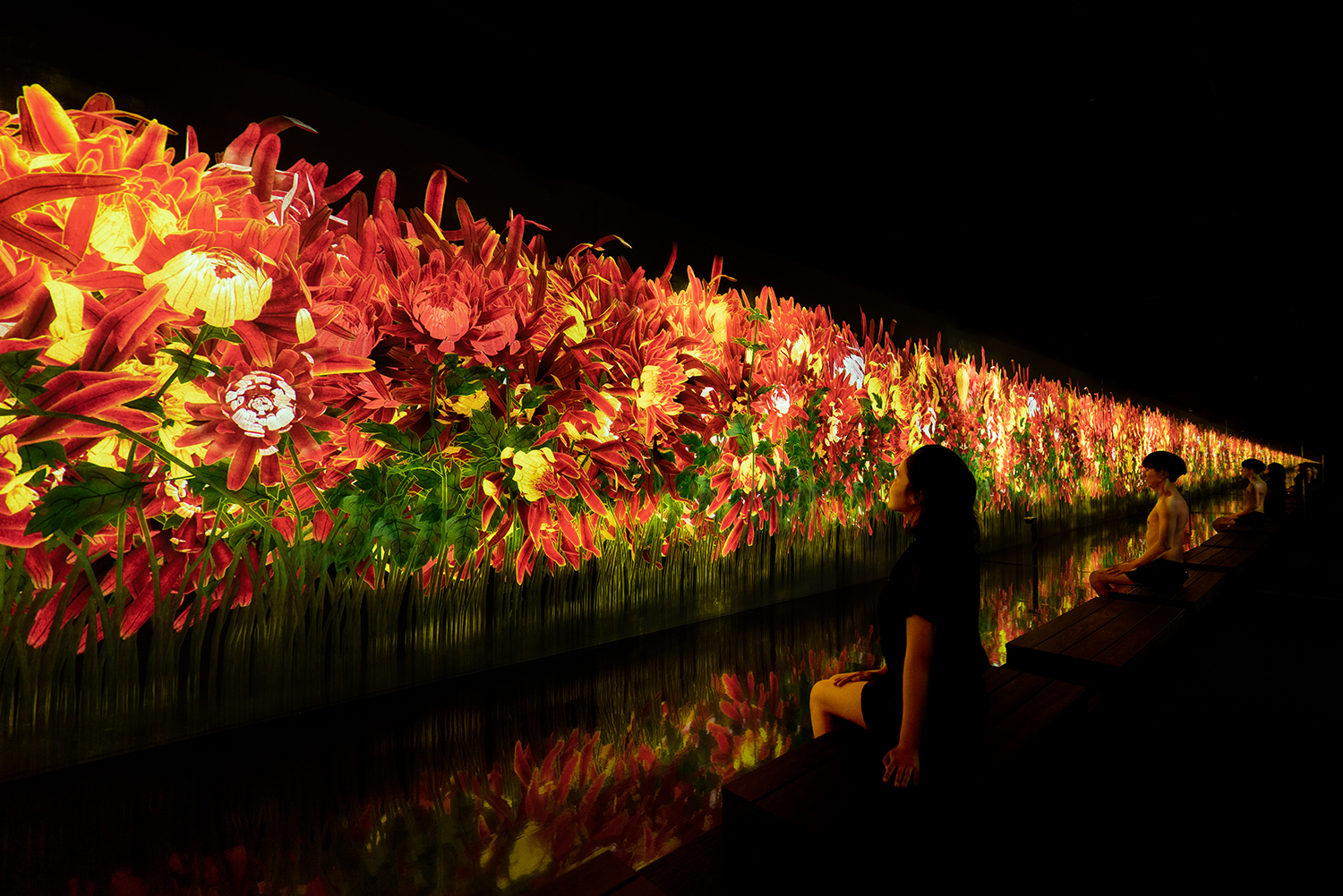 Meanwhile, proliferating immense life – a whole year per year features a wall of digital flowers that bloom and change in real-time. The cycle of growth and decay repeats itself in perpetuity. when visitors sit in front of the artwork to view it, the flowers scatter, wither, and die. teamLab has designed the artwork in a computer program that continuously renders the work in real-time. The interaction between people and the installation causes continuous change in the artwork, meaning previous visual states can never be replicated, and will never reoccur. 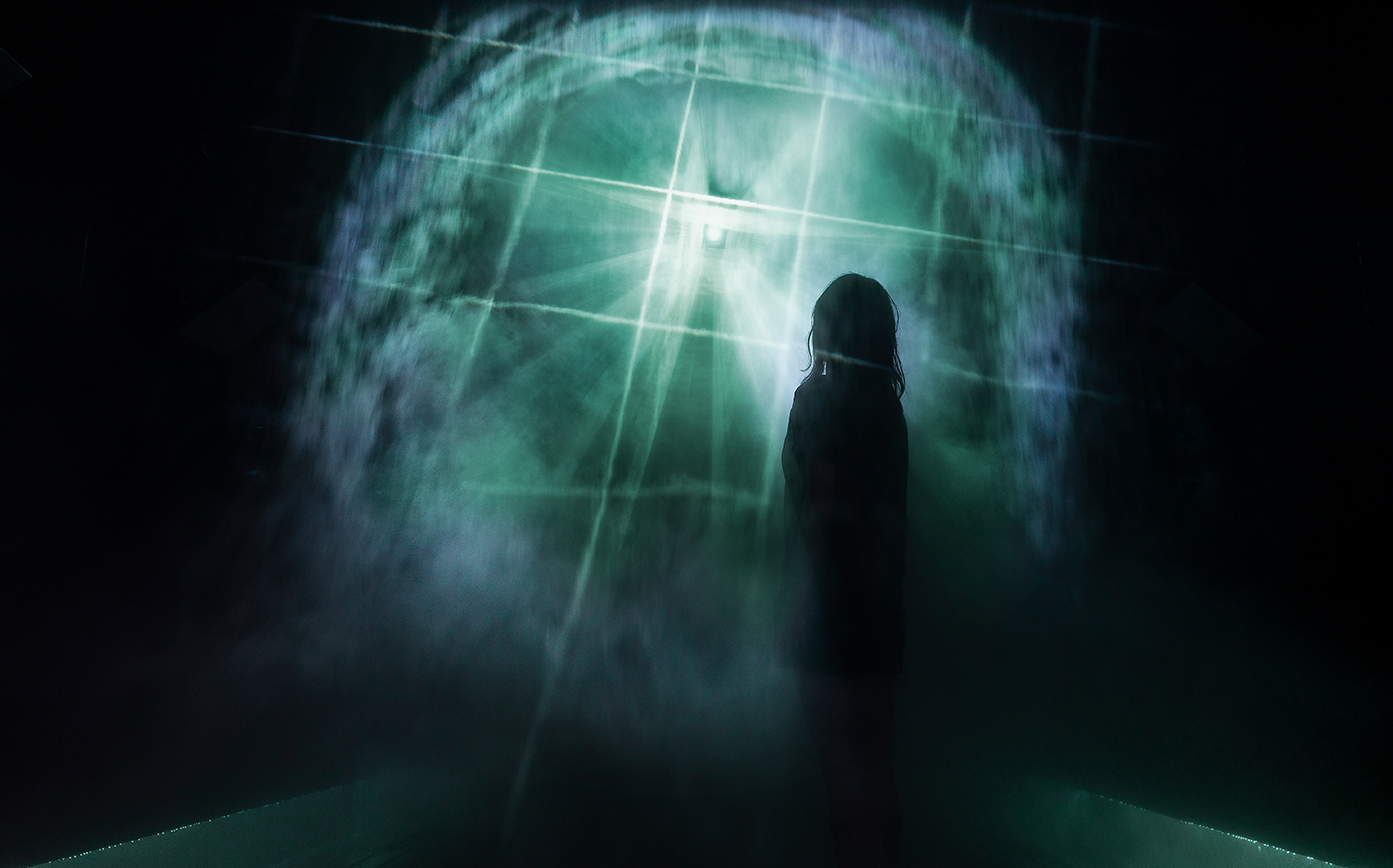 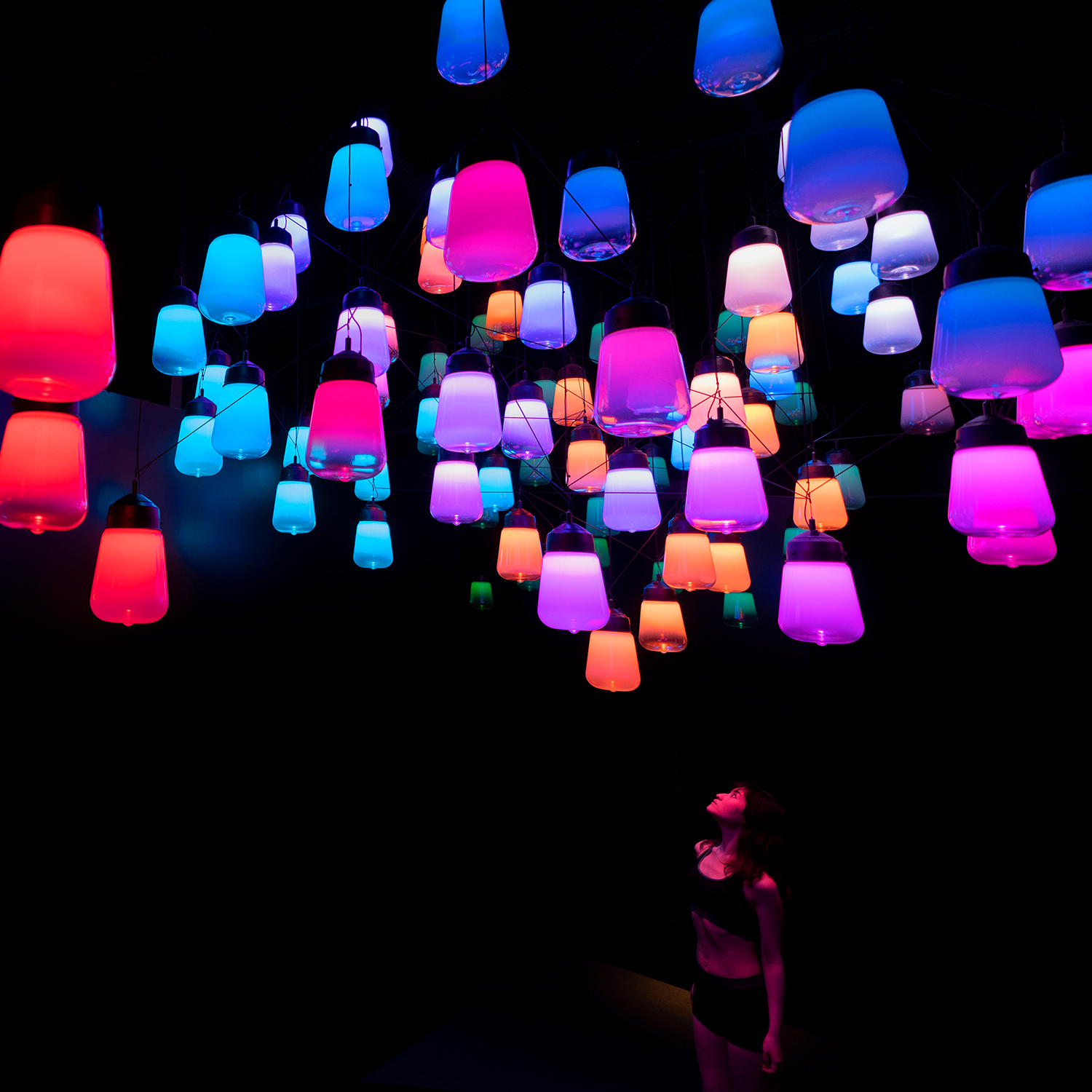 Finally, the exhibition extends to the public realm with the augmented reality work, every life survives in fluctuating space. using the platform TikTok, users can digitally surround themselves in flowers that grow according to the size of the space. In the world seen through the camera of a smartphone with the TikTok app, flowers influenced by the environment of the real space are born in real-time. The size of the flowers changes between the inside of a building and outside under the expansive sky.