The work is comprised of a base with three interlocking pieces and a mobile component that sways and rotates gently with passing air currents. With his design, Da Corte evokes the liveliness and unpredictability of Calder’s practice, while also emphasizing a do-it-yourself inventiveness by fashioning the base of the work in the modular language of an outdoor activity set by Little Tikes, which requires no tools for assembly and can be easily reconfigured. 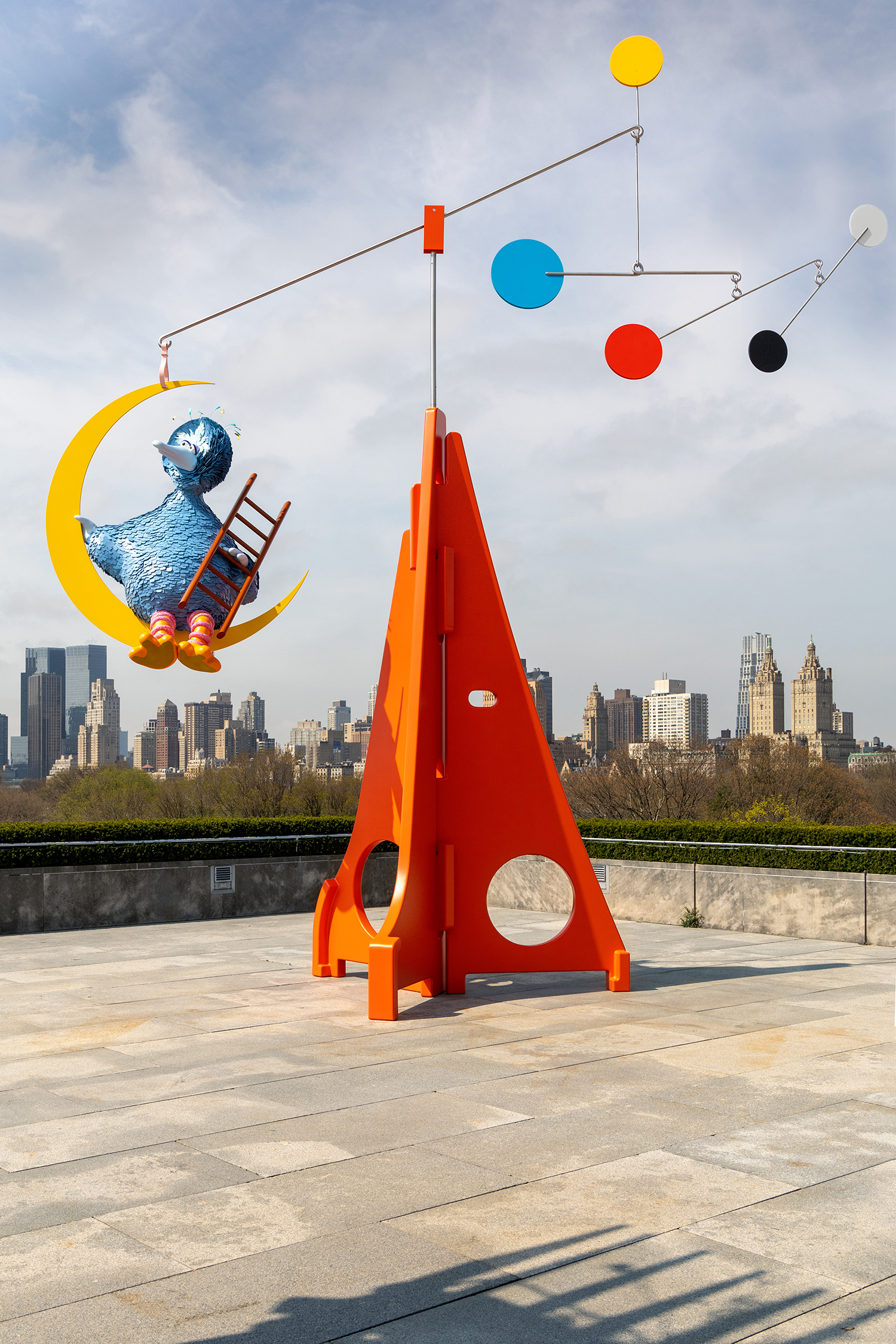 Suspended from near the top of the sculpture, covered in roughly 7,000 individually placed laser-cut aluminum feathers, Big Bird is found perched on a crescent moon with a ladder in hand—suggesting the possibility of passage back to Earth or to other galaxies. Sitting alone, gazing out at the New York skyline, Big Bird has an introspective, melancholic disposition that is amplified by Da Corte’s decision to render the character in blue instead of yellow. This choice of color also gestures to the artist’s personal associations with Big Bird: growing up partially in Venezuela, he watched the Brazilian version of Sesame Street, in which Big Bird’s counterpart, Garibaldo, was blue. The color also alludes to the 1985 film Sesame Street Presents: Follow That Bird, in which the character, while out on a road trip, is captured and painted blue by two carnival operators.

The title for the commission comes from a collection of whimsical short stories by the Italian author Italo Calvino about the potential of new explorations. 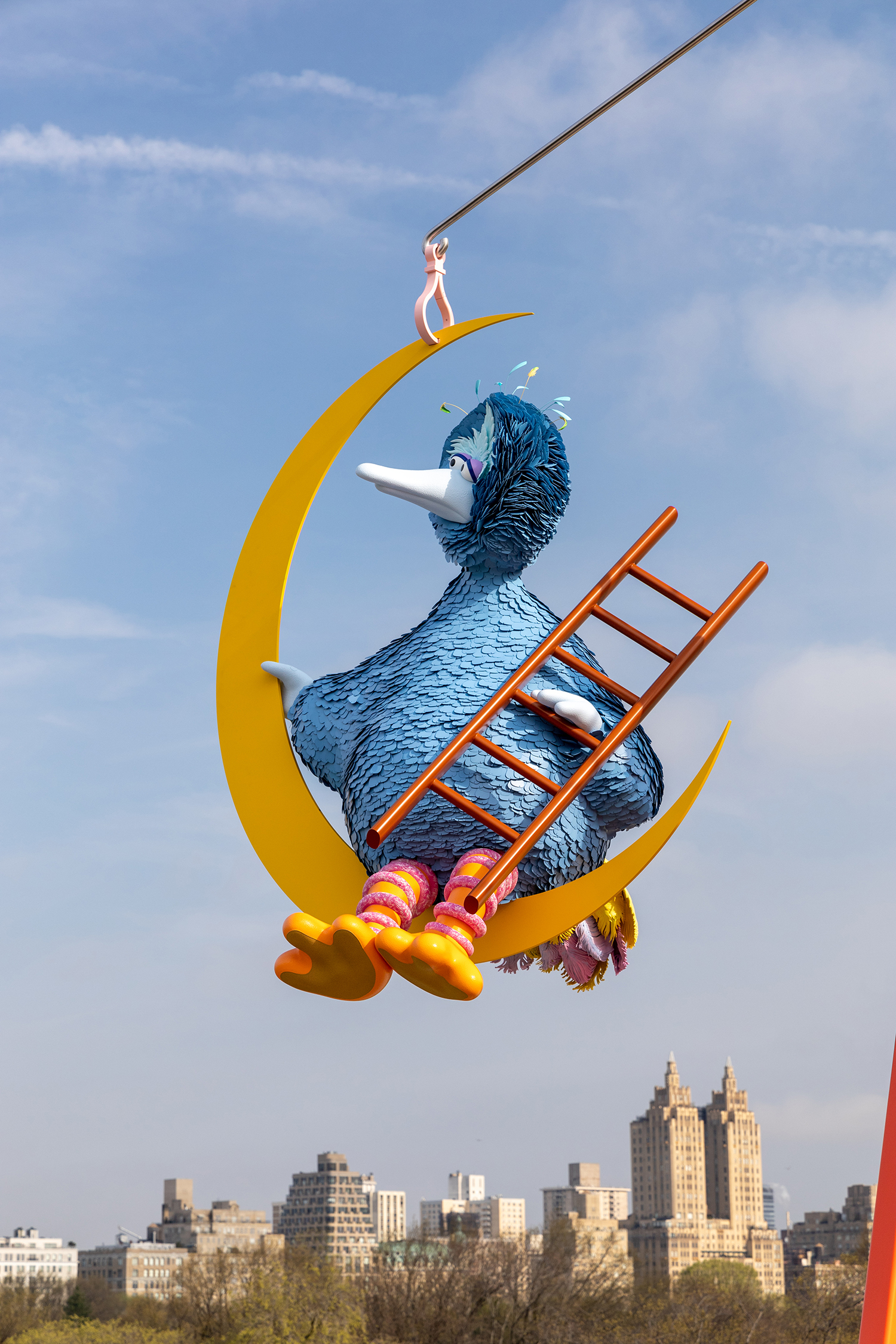 “Alex Da Corte’s bold work for the Cantor Roof Garden oscillates between joy and melancholy, and brings a playful message of optimism and reflection,” said Max Hollein, Marina Kellen French Director of The Met. “The installation, which the artist initiated just as the pandemic was taking hold, invites us to look through a familiar, popular, modern lens at our own condition in a transformed emotional landscape. As the sculpture gently rotates in the wind, it calls us in an assuring way to pause and reflect: We are reminded that stability is an illusion, but ultimately what we see is a statement of belief in the potential of transformation.” 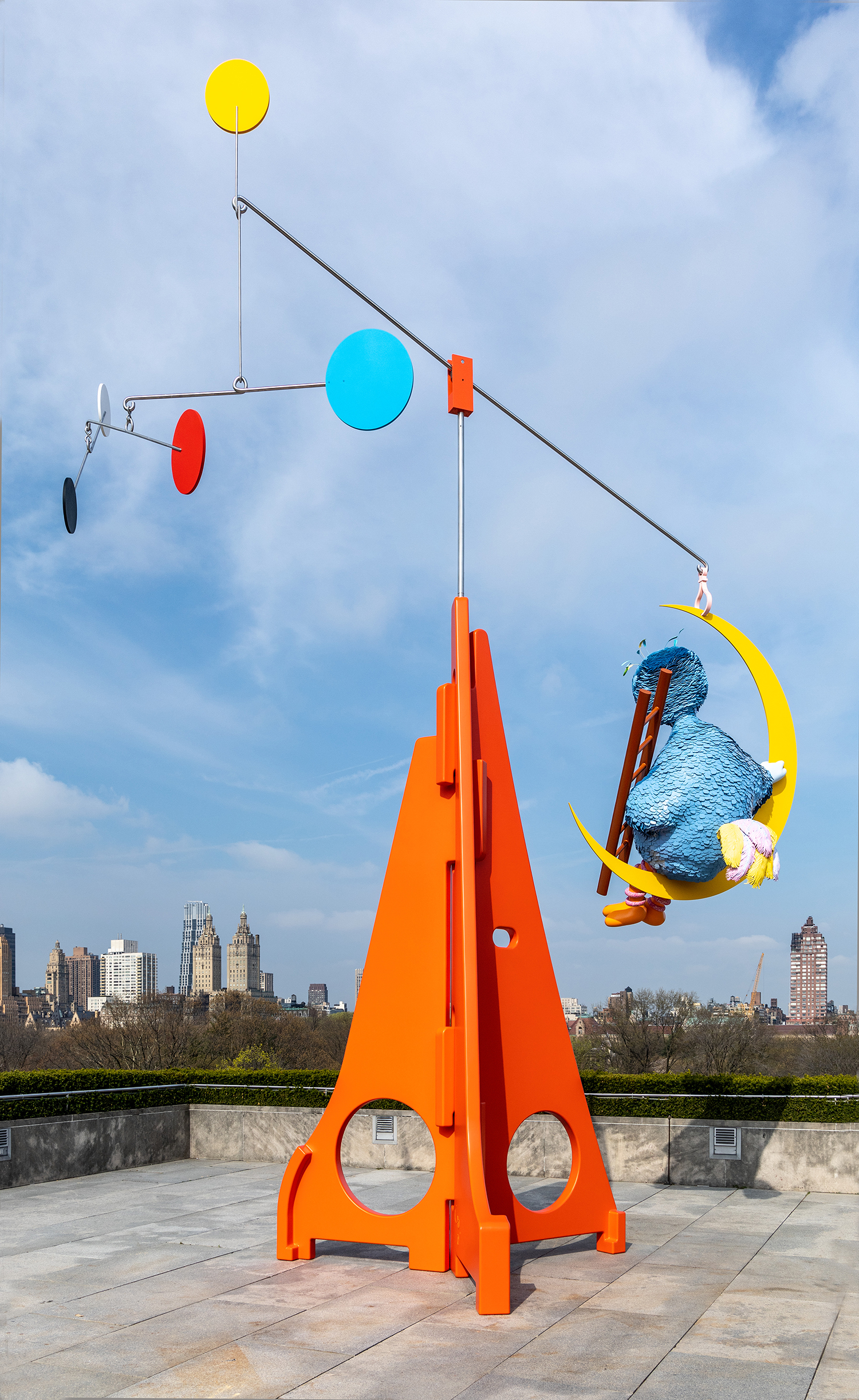 “By tapping icons of art and popular culture from our collective consciousness, Alex Da Corte has created a new type of monument with this commission,” added Sheena Wagstaff, Leonard A. Lauder Chairman of Modern and Contemporary Art,. “Played out between earth and sky via the benign intercessor of a big, anthropomorphic bird, we are offered the divine possibility of innocence and play as a redemptive power that is spirited, absurd, and deadly serious.”

The Roof Garden Commission: Alex Da Corte, As Long as the Sun Lasts will be on view April 16 through October 31, 2021.