Melbourne-based art and technology company ENESS has unveiled Airship Orchestra, an interactive installation composed of 16 inflatable characters. The temporary artwork is a mystical tribe of otherworldly inflatable sculptures (some up to six metres and spanning 500 square metres) all supported by a fully networked internal system of motion sensors enabling its characters to respond to passers-by; behave as a choir and ‘compose’ a fresh, generative score each night.

The Airship Orchestra’s sound experience is its own spatial environment, immersing visitors in an arresting score written character-by-character for a full choir.

“The artwork was developed with certain characters taking vocal positions like tenors, baritones or sopranos. The notes produced are playing in real time, and then as visitors interact with characters, the sound evolves;” said Artist and ENESS Founder Nimrod Weis. “To do that based on the principle of a ‘choir’ with characters having their own individual voices is really complex.” 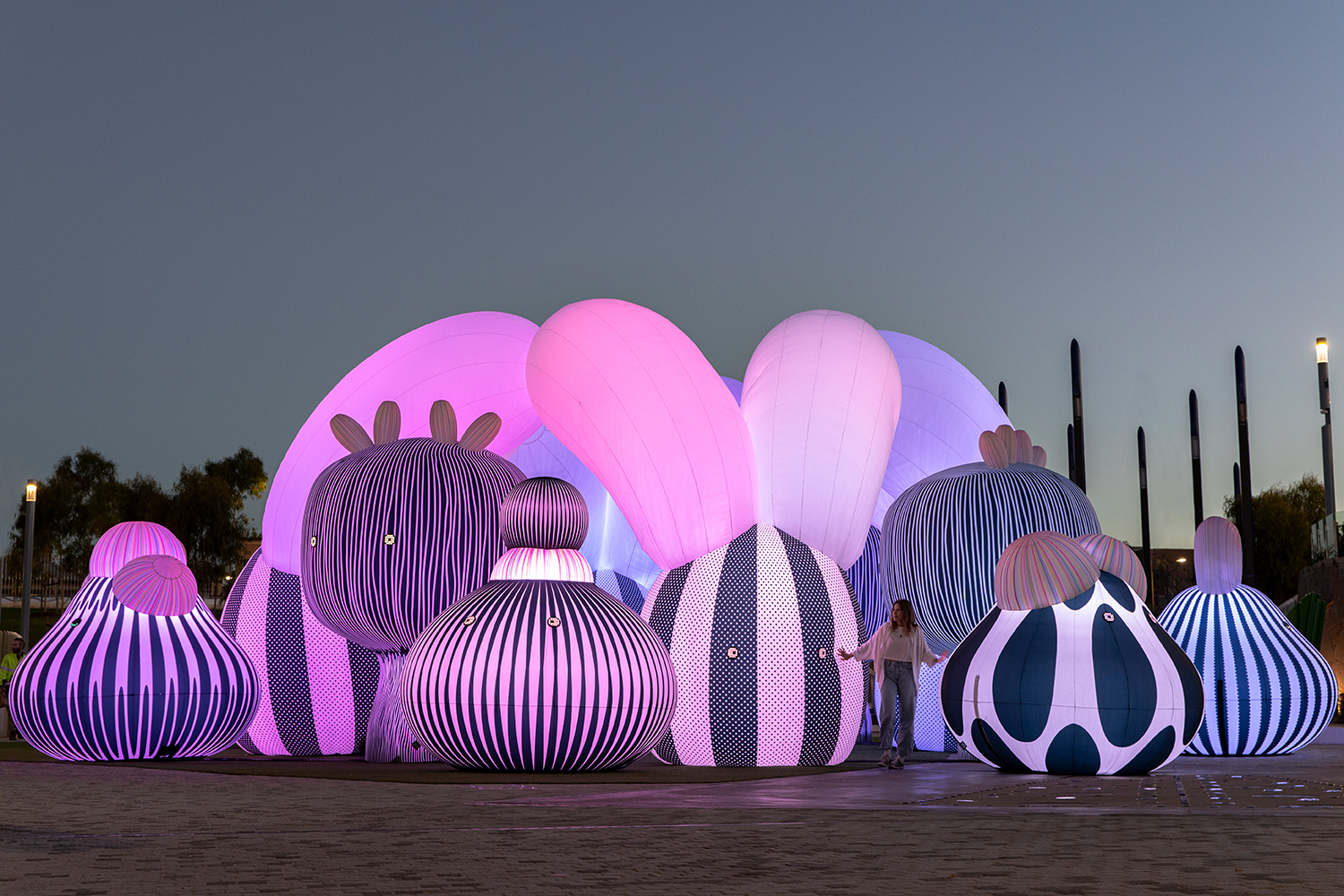 Under the stewardship of Weis, Melbourne-based art and technology company ENESS has been creating new types of connection in our cities for the last two decades, with the primary creative purpose of stimulating cross-generational connection and joy in public space. 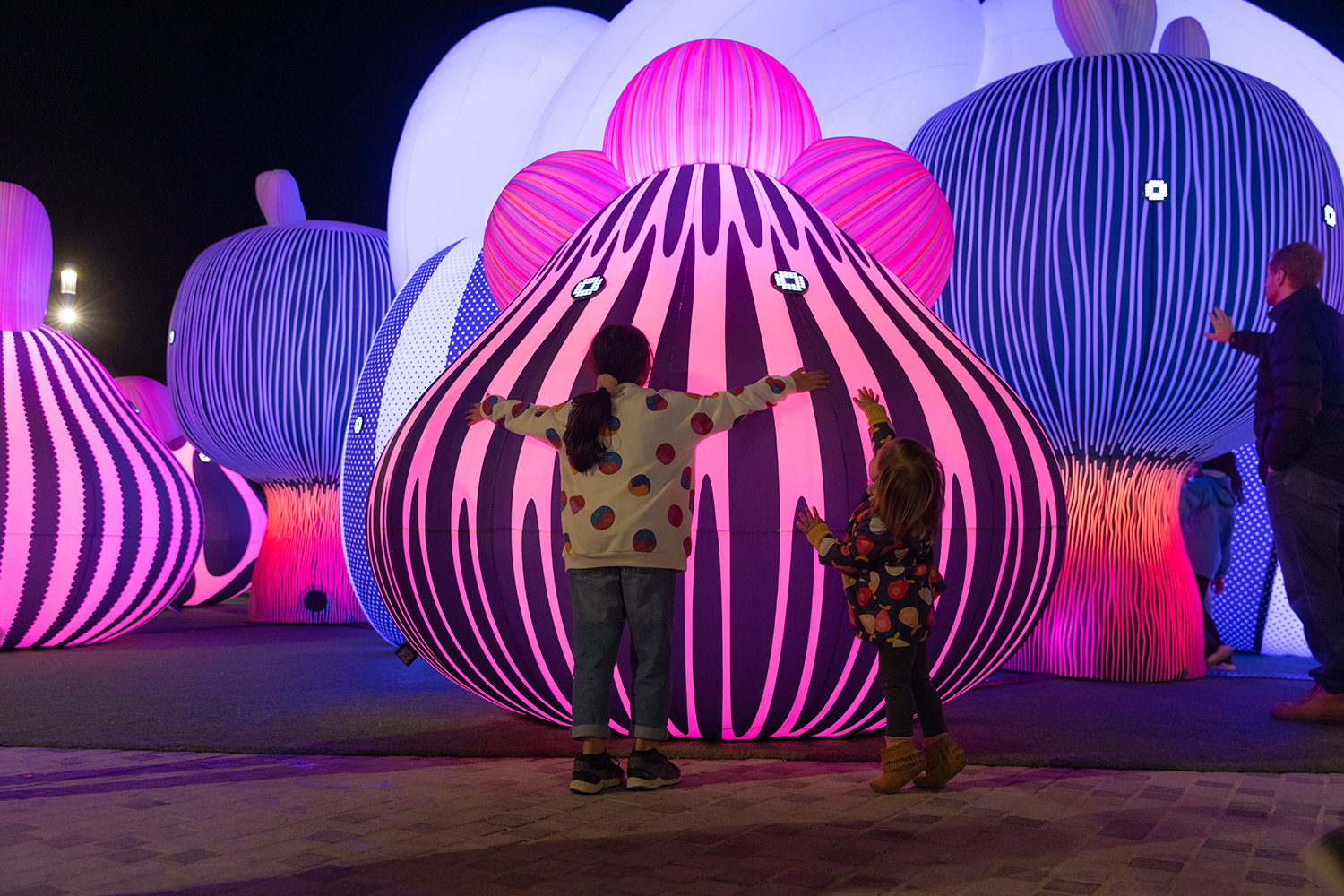 “As with all our work, there are intriguing details to discover such as friendly LED eyes that blink and follow visitors from creature to creature and these artful moments are underscored by rousing, rising rhythm that transports participants to another world,” Weis said.

The Airship Orchestra is currently travelling across Australia from Illuminate Adelaide to the Brisbane Festival in September 2021. It has previously appeared in Melbourne, Washington D.C. and Shanghai. 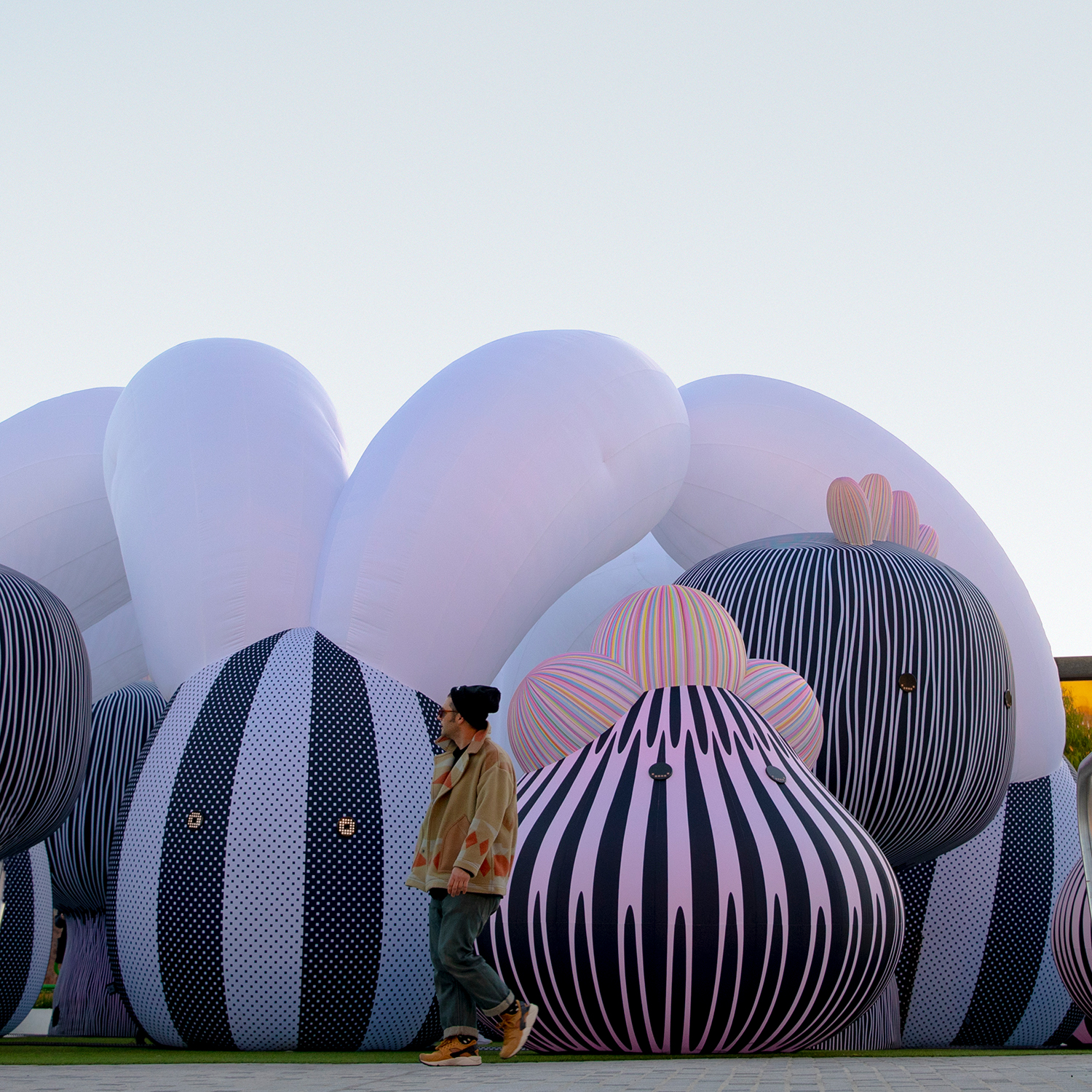 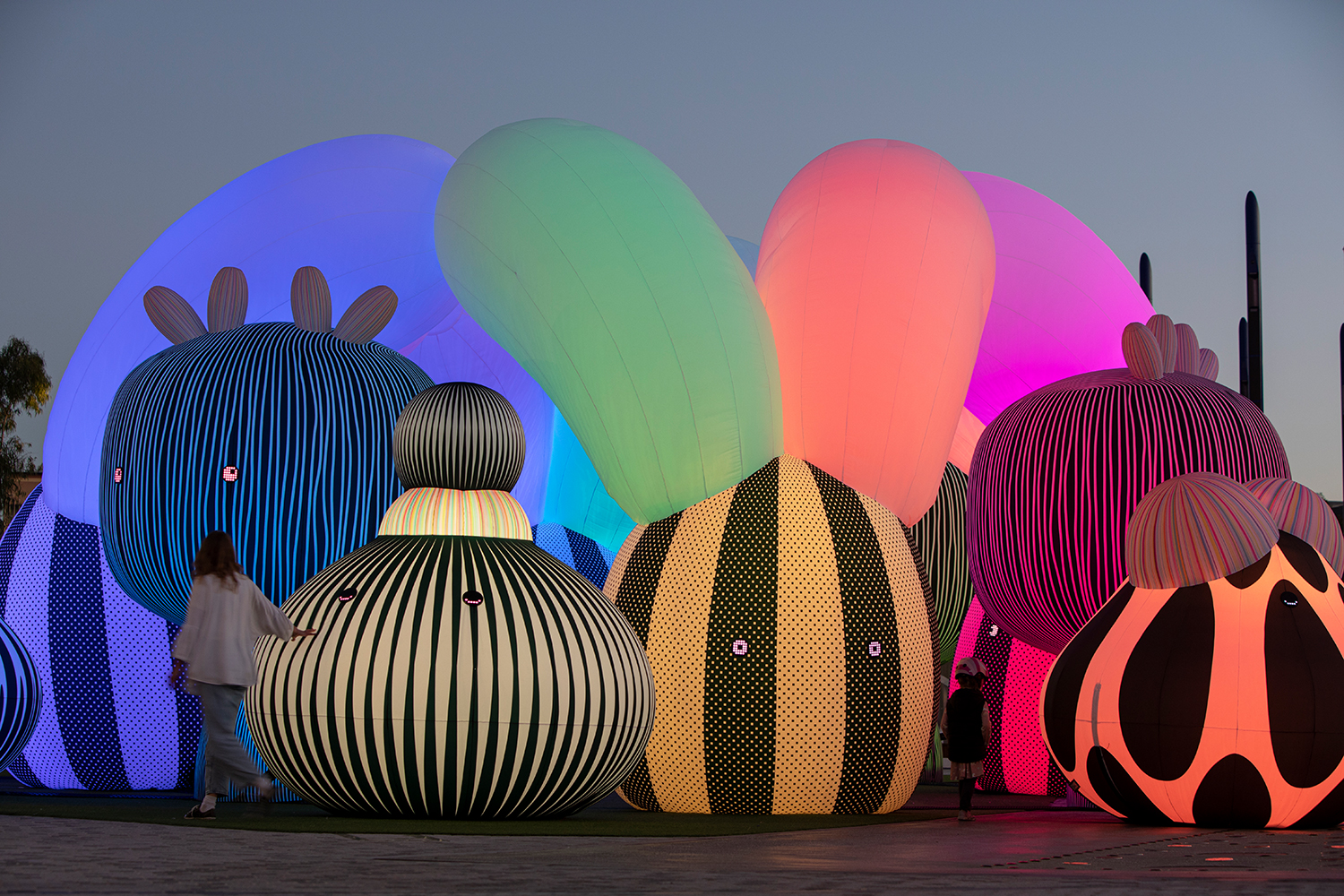 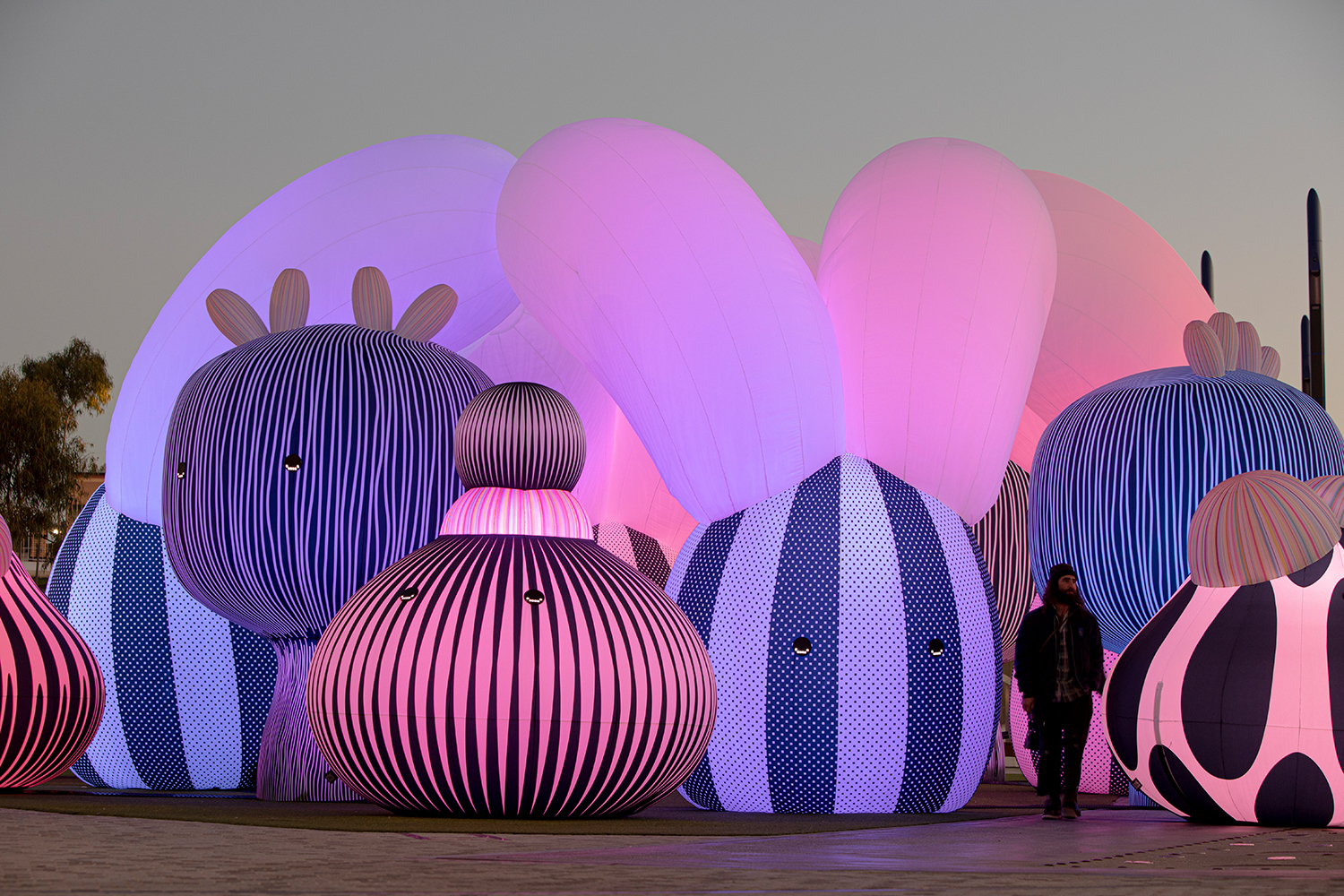