The iconic “Mirador de Moncloa” becomes a powerful beacon for this artistic action where SpY transforms the sky of Madrid for a couple of nights. At dusk citizens were able to experience how a powerful beam of green light appeared in the sky over the Spanish capital, connecting the north and south of the city. 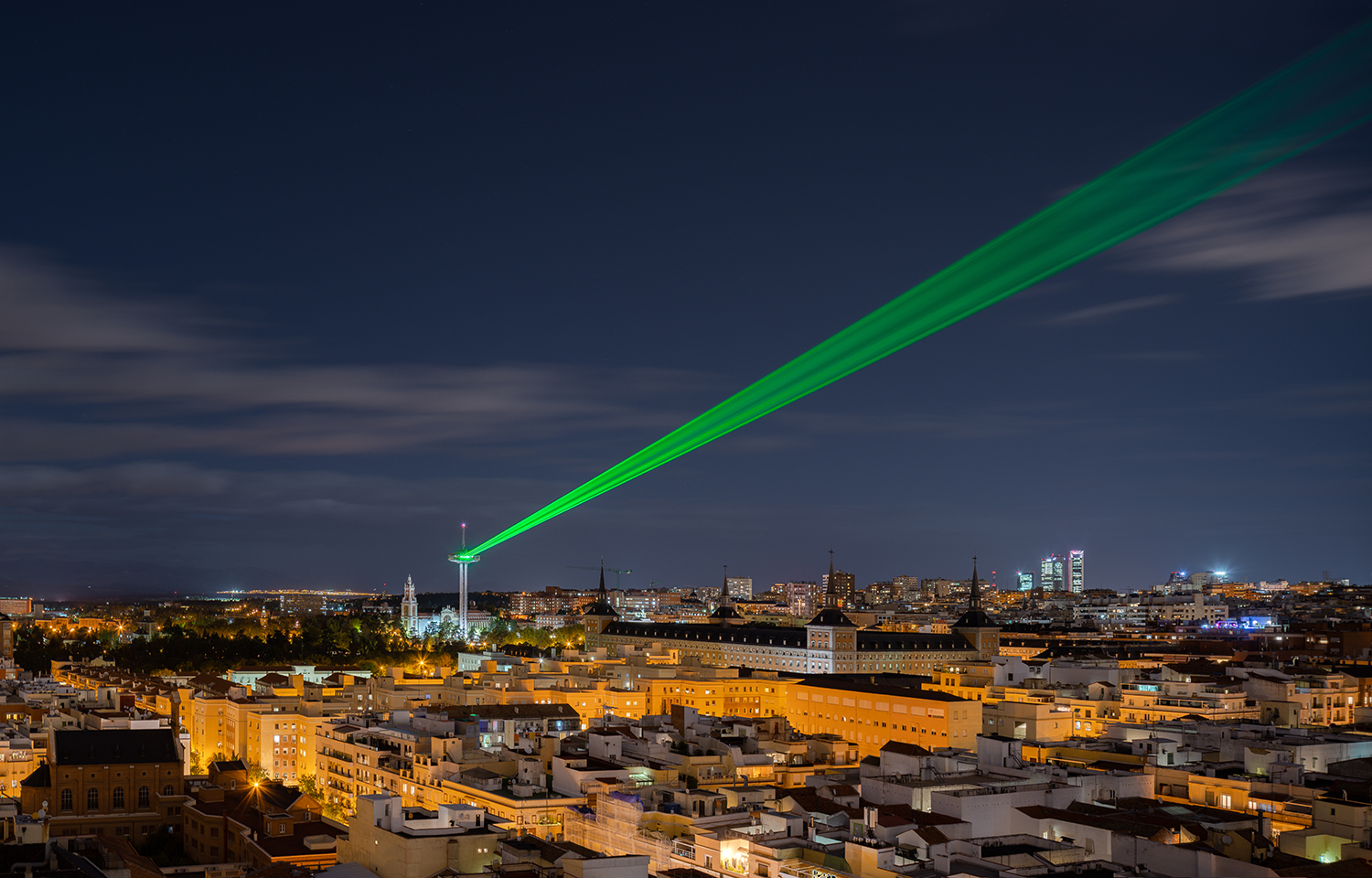 Powerful rays of light traveled from the iconic viewpoint to the south of the capital covering almost 10 km and transforming the perception of the Madrid sky.

The resulting light show is fascinating in its simplicity, the 8 beams of green light crossing the dark sky, creating a poetic and surprising new visual landscape. 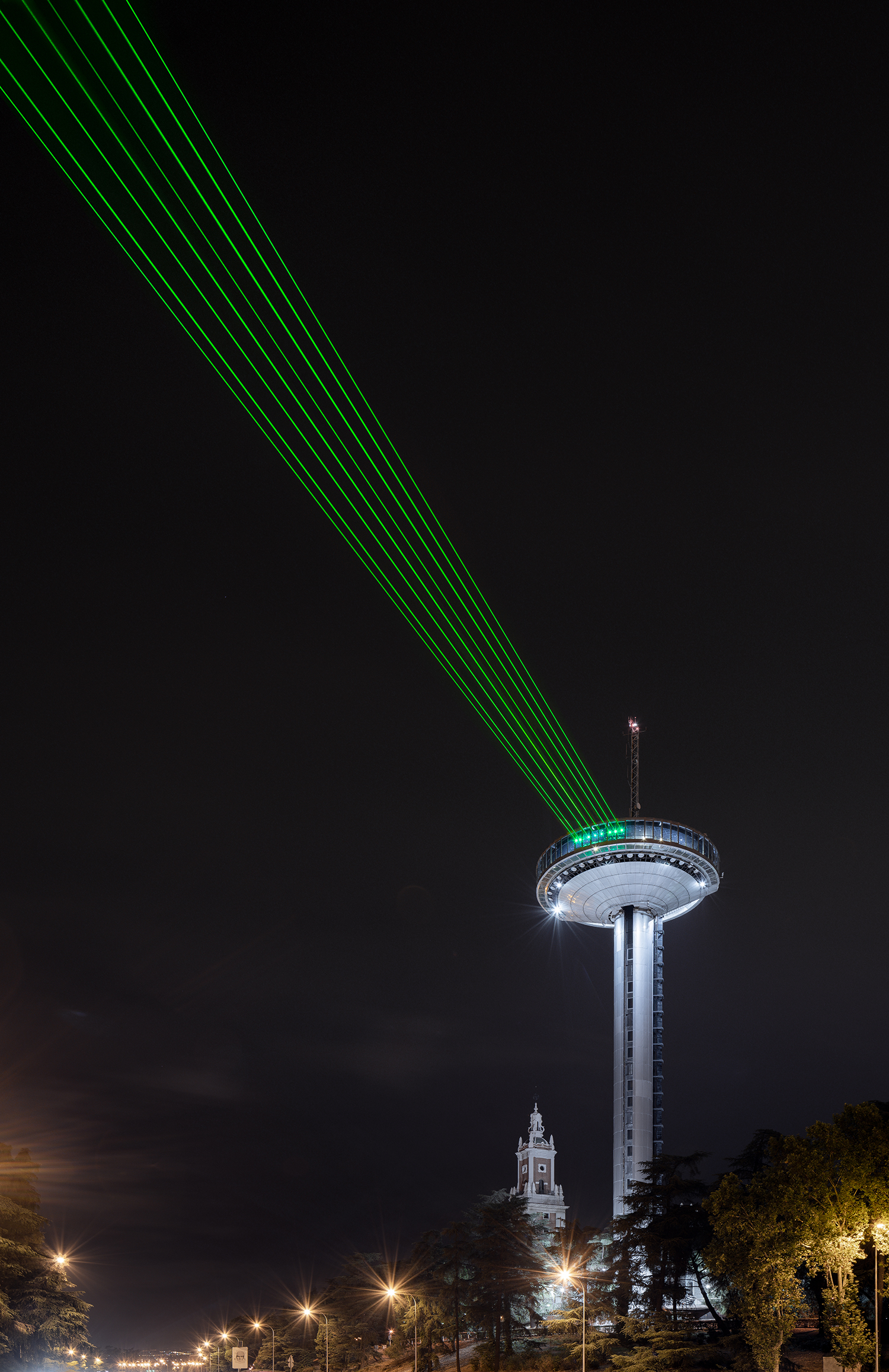 The artistic action attracted a large number of spectators who watched, hypnotized, as the green rays of light swept over the city sky. All over the city inhabitants watched from their balconies in amazement how the sky was transformed. They shared hundreds of messages echoing this memorable moment on social media. 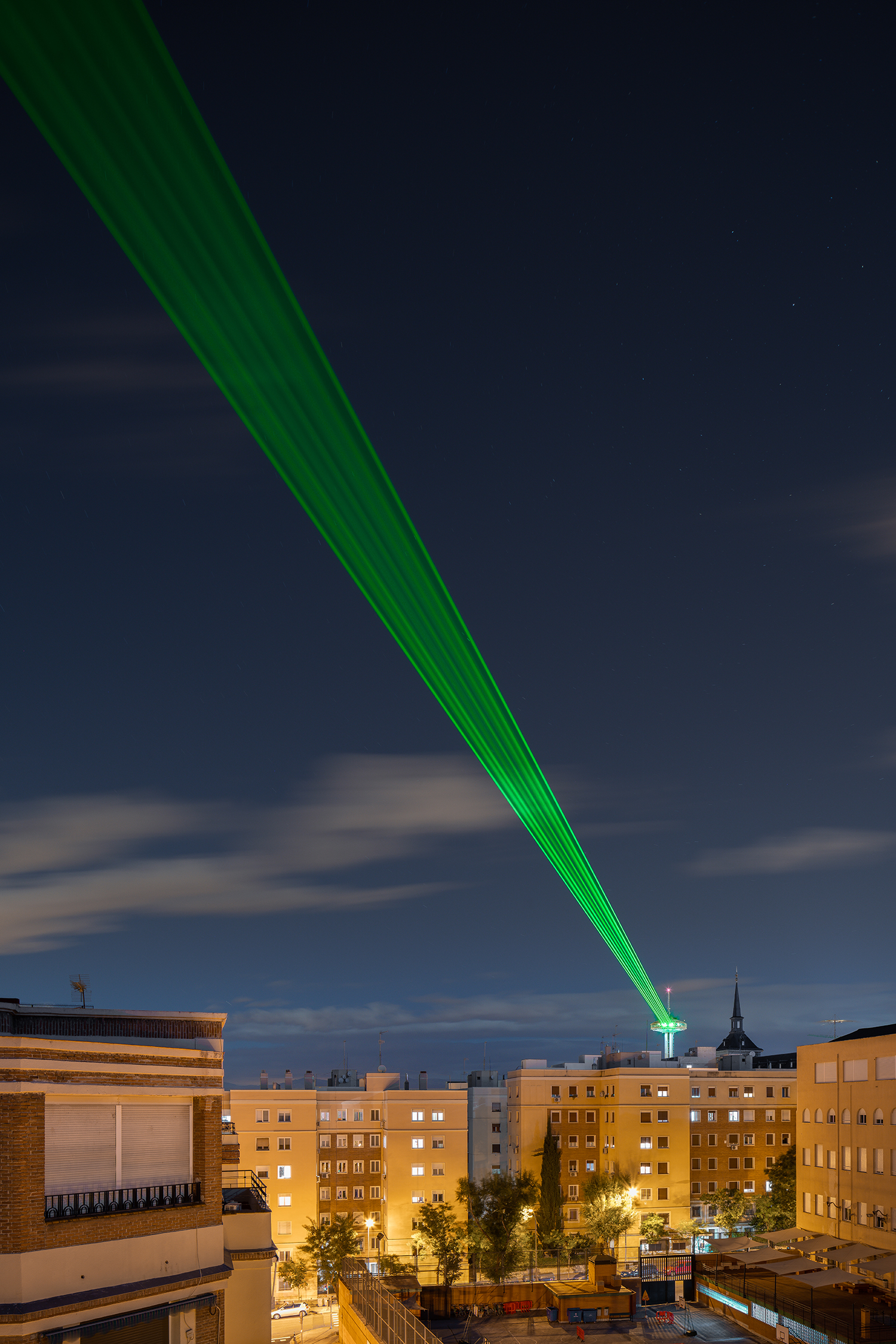 Faro de Moncloa (Moncloa Lighthouse) is one of the highest and most spectacular viewpoints of Madrid. From the observation deck, visitors can get a 360-degree panoramic view over the city of Madrid and the surrounding mountains. Shaped like a flying saucer, the Lighthouse was built as a lighting and communications tower in 1992, the year in which the city was designated the European Capital of Culture.