At dawn on Wednesday 30 November, a 42-meter-tall hot-air balloon created by New York-based contemporary artist KAWS sailed over Melbourne’s iconic skyline. Entitled KAWS: HOLIDAY MELBOURNE and presented exclusively in Australia by the National Gallery of Victoria (NGV) in collaboration with creative brand AllRightsReserved, the one-off, sunrise flight launched from Albert Park Lake and floated majestically over the Melbourne city skyline, past the NGV, and over the Yarra River.

The airborne work takes the shape of one of the artist’s iconic characters, COMPANION. After leaving his mark on the New York graffiti scene and his position as an animator for cartoons and films, KAWS began to create his own set of characters that appropriate and subvert the visual language of pop-culture icons. COMPANION first appeared in the artist’s graffiti works across New York City in the mid-1990s. 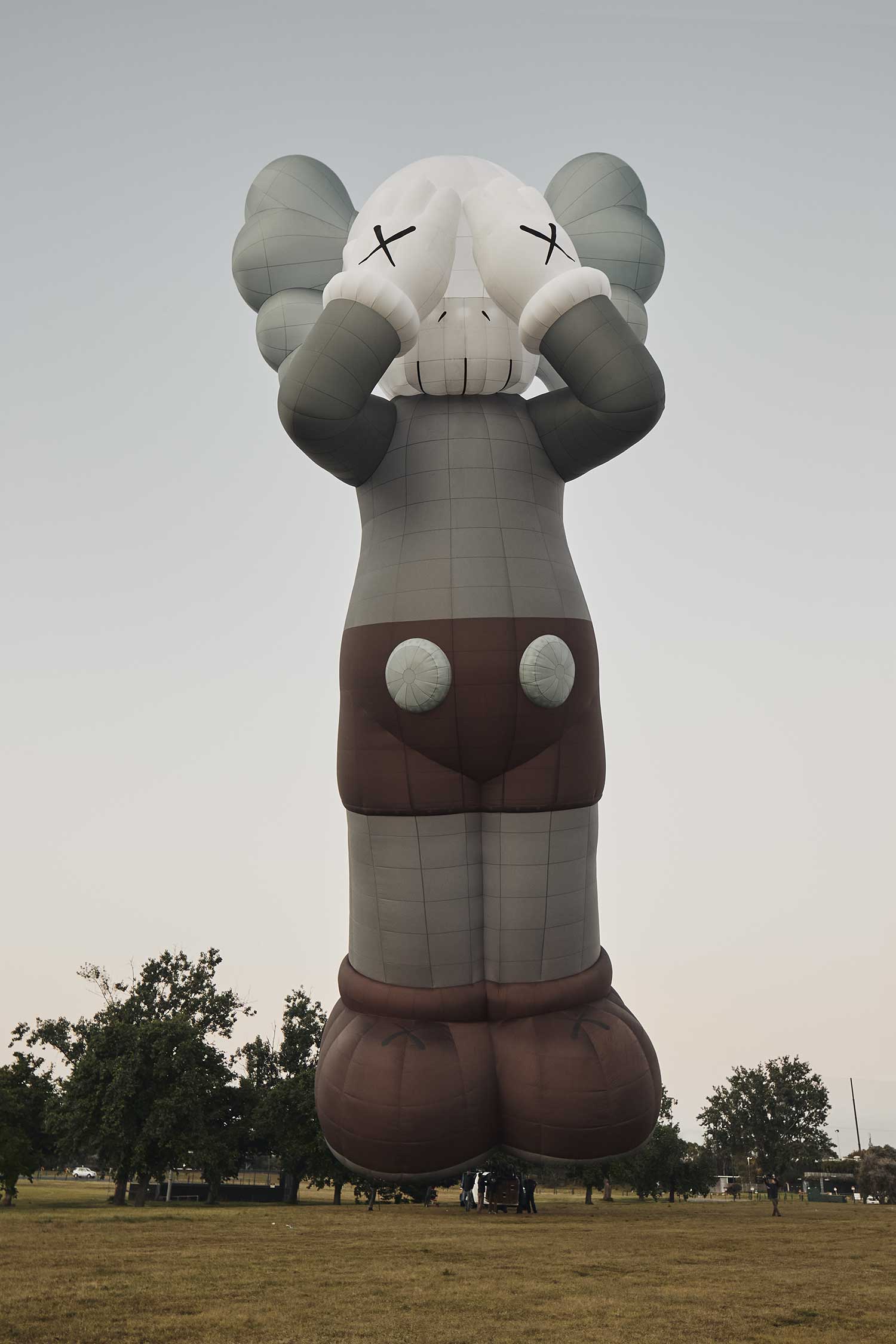 In 2019, the NGV, the most visited and oldest public art institution in Australia, staged KAWS: Companionship in the Age of Loneliness, the first-ever presentation of the artist’s work in Australia. A comprehensive survey of KAWS’ practice over 25 years, the exhibition showcased the full range of the artist’s creative output through more than 100 works, including paintings that reappropriate pop-culture figures and a monumental seven-meter-tall bronze sculpture titled GONE that is now permanently housed at the NGV. 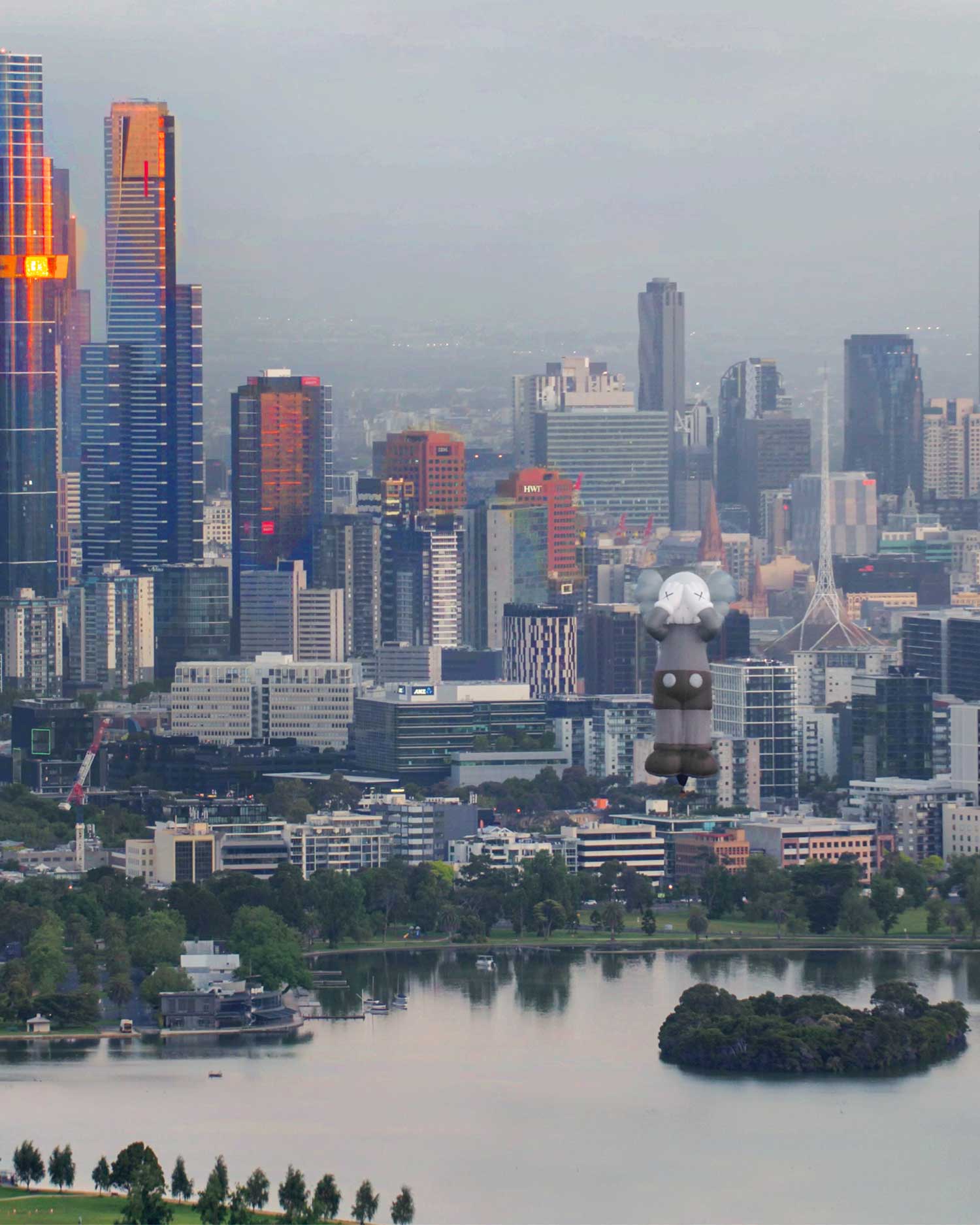 “Brian Donnelly, better known as KAWS, is one of the most prominent contemporary artists of his generation,” said Tony Ellwood AM, Director, NGV. “His body of work straddles the worlds of art, fashion, and culture to include paintings, murals, large-scale sculptures, street, and public art. His work is infused with humor, humanity, and affection for contemporary life.”

“The popping-up of KAWS: HOLIDAY aims to create an unexpected experience for the public and hopes to inspire travelers to see new corners of the Earth,” added SK Lam, the founder of AllRightsReserved. “After the journey from land to sea and space, we are excited to take COMPANION to the skies and connect art lovers in all places.”