“It has been an absolute honor to be a part of this project and to share my art with the Mother City by promoting awareness regarding pedestrian safety in Cape Town. It has also been a pleasure to change the perceptions of the city’s public realm and transform its everyday infrastructure into cheerful spaces,” says abstract artist Al Luke. 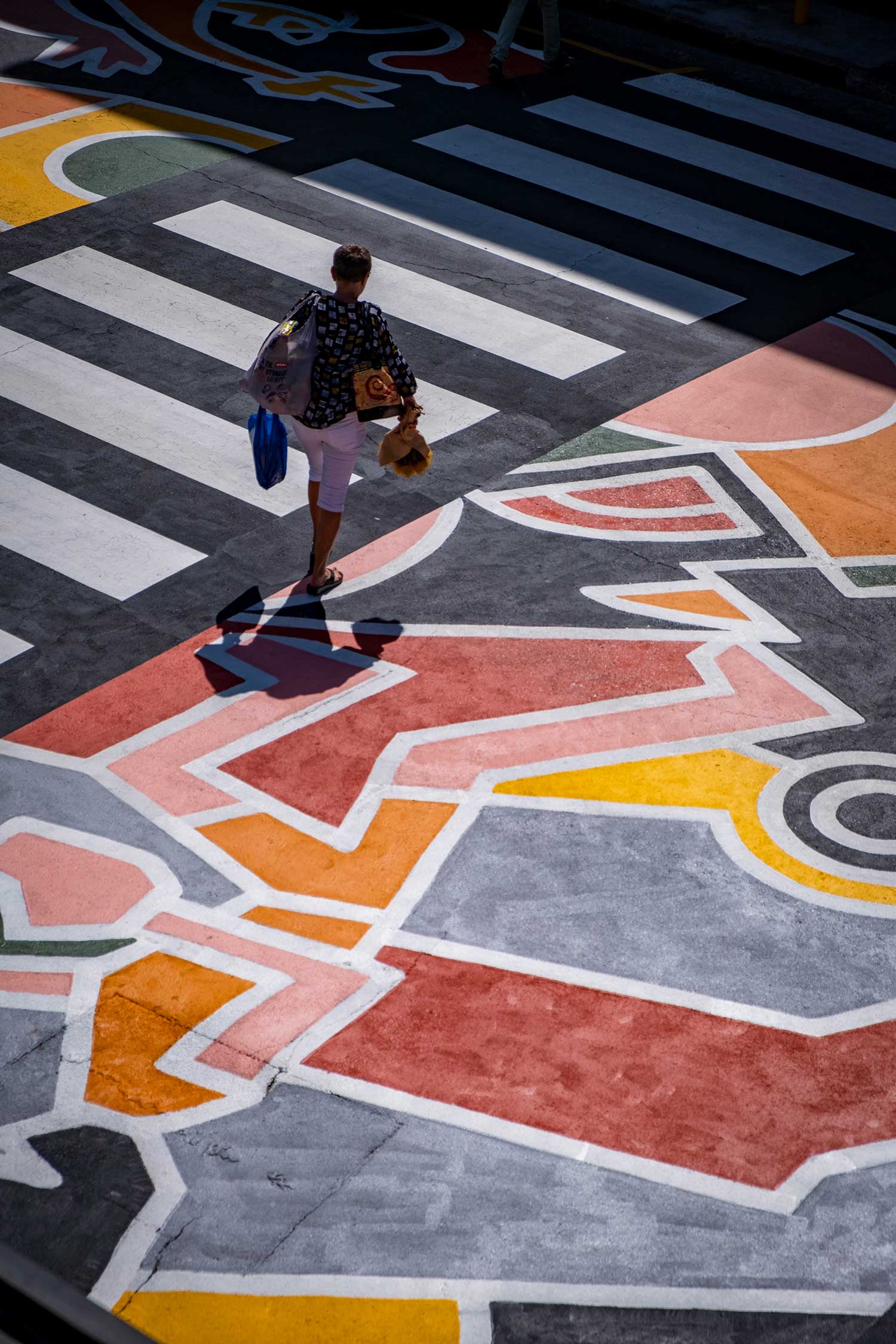 The pedestrian crossing artwork project was initiated by local property developer Blok and executed in collaboration with urbanism practice and consultancy Our Future Cities (OFC). “The concept is to improve development within cities to reimagine accessibility and safety as more and more people make the move to live in urban areas. The idea of future cities that merge sustainable economic development with connected urban living to shape the next generation’s way of life is not unique to Cape Town,” says Blok’s CEO Jacques van Embden. 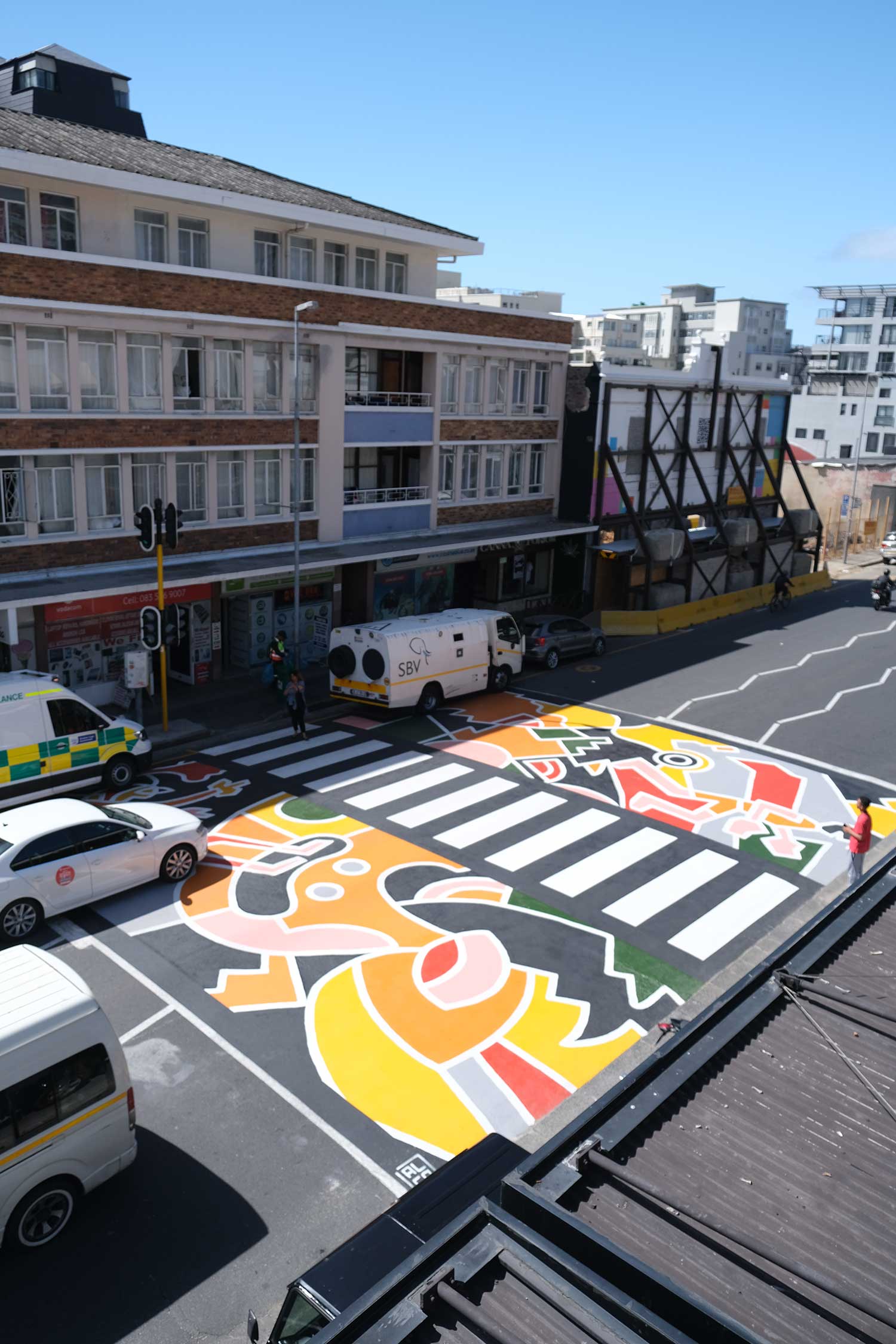 A similar transformation project consisting of 18 pedestrian crossings was recently commissioned by the City of London as part of the Mayor of London’s ‘Let’s Do London’ tourism campaign. The campaign was used to relaunch the creative, retail, and hospitality sectors as they were disproportionately affected by the coronavirus pandemic. Similar projects have been undertaken in cities including Milan and Washington DC, where pedestrian crossing artwork has been used to create safer and more vibrant streets. 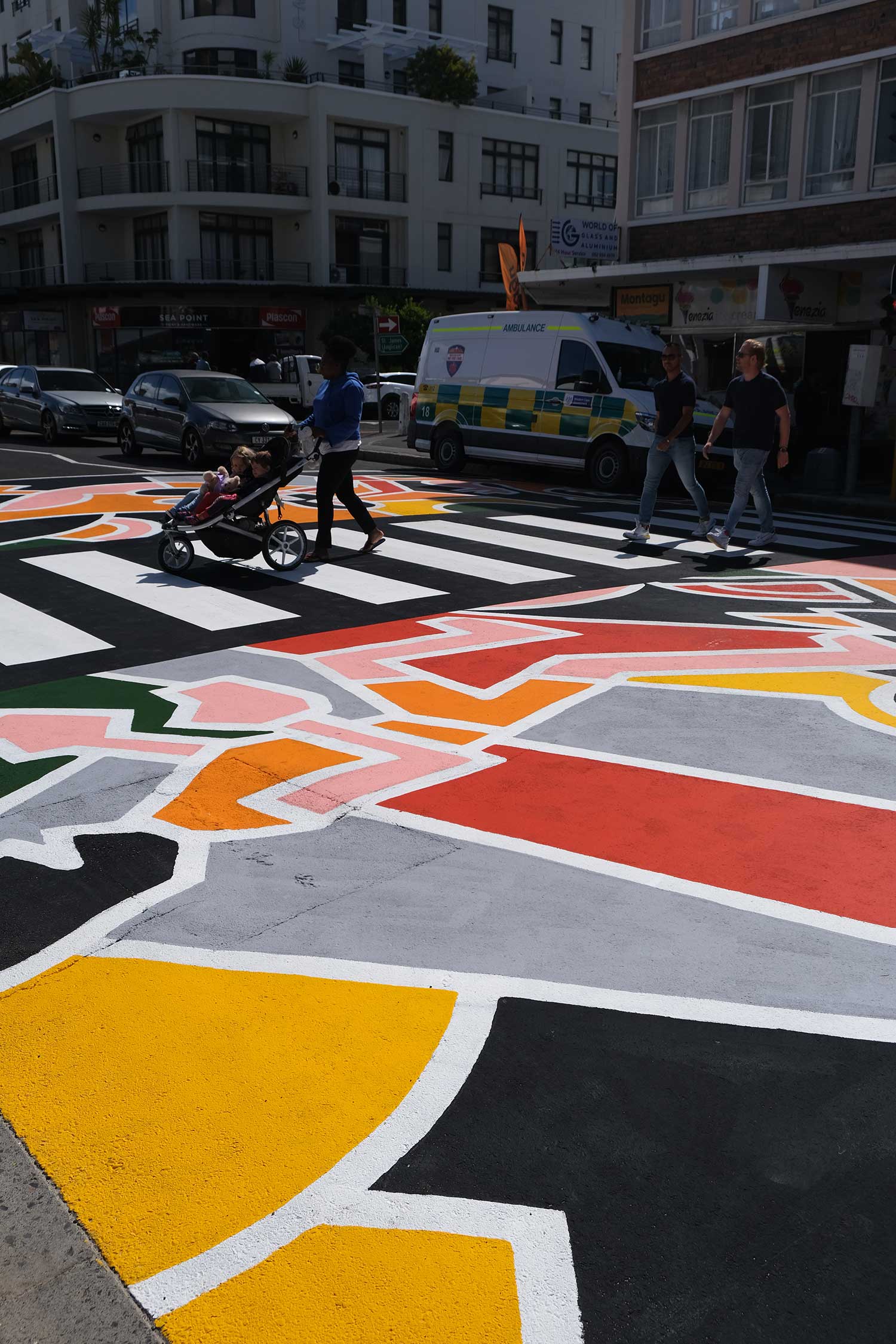 “For our streets to be reimagined and reclaimed as infrastructure for people rather than just cars, we need provocative and joyful initiatives like this one,” says Rashiq Fataar, urban practitioner and founding director of Our Future Cities (OFC). “We have high hopes that this initiative will sow the seeds that will speak to the larger-scale shifts that are necessary for our cities to become more vibrant and sustainable.”

“There’s a deep hunger for these types of projects in every city,” said van Embden, adding that many murals ultimately emerge as unique landmarks that promote community pride. “It’s exciting to see the demand. It’s not just about painting roads,” he continued. “Streets are the ultimate gallery. They are where art and life come alive.”