Inspired by the city’s seafaring heritage, Göteborg-based studio Stylt Tampoli has given to the Stora Hotellet in Umeå, Sweden, a sumptuous new look where the refined meets the rough, just like the high society once met the sailors in the hotel’s parlours and dining rooms. 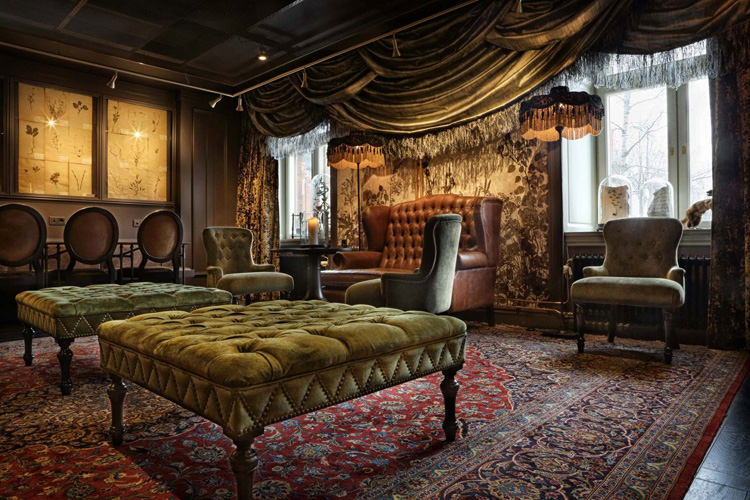 Umeå, a city of about 120,000 on the Bothnian Bay in northern Sweden, has a long and proud maritime history. That heritage is the inspiration behind the remaining of the venerable hotel by Swedish concept and design agency Stylt Trampoli, which has resulted in the splendor being brought back – along with the scent of the sea. “The whole concept is about contrasts – velvet and sailcloth, sea spray and champagne,” explains Erik Nissen Johansen, founder and creative director of Stylt Trampoli. “We have let the ocean back into the elegant parlors of the hotel.” 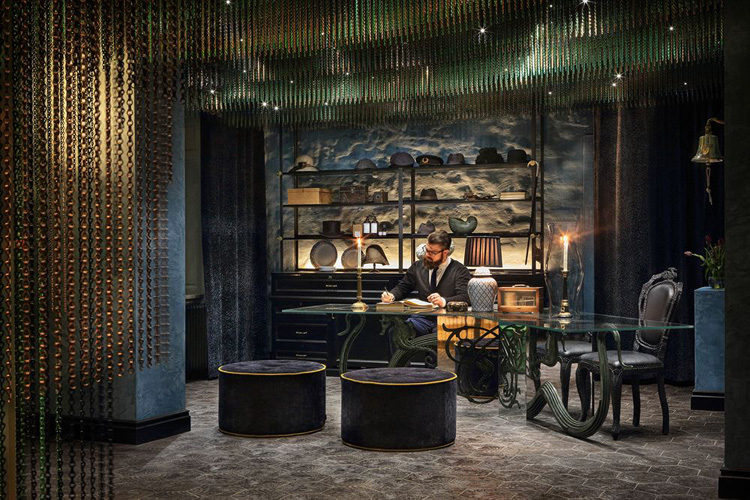 Stora Hotellet (‘Grand Hotel’) was built in 1895 with funds provided by the local Seamen’s Mission. The building housed the finest hotel in town as well as the Mission’s own offices. It was a meeting of two worlds – high society, and even royalty, rubbed shoulders with the captains, sailors and old salts off the ships in the harbor. 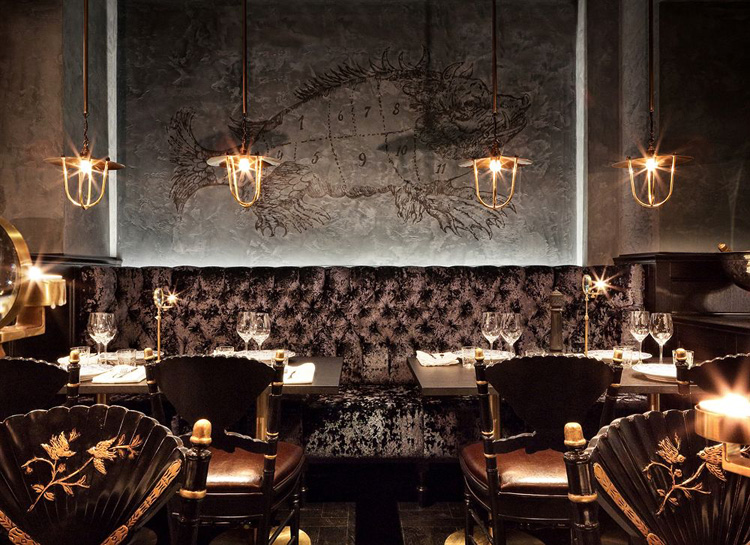 The room categories are named for the sailors’ preoccupations, such as Superstition, Longing and Adventure. In the main stairwell hangs a three stories tall chandelier made from rope and glittering plexiglass crystals. The menu at the new hotel restaurant, Gotthards Krog, is based on local products and flavored with inspiration from the great port cities of the world. 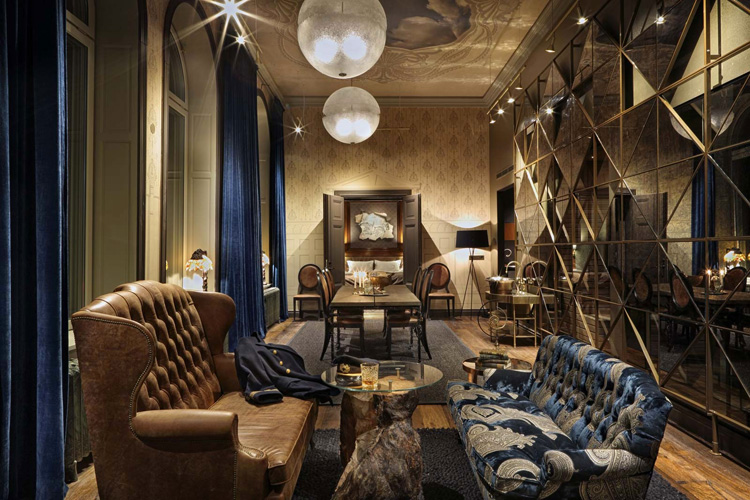 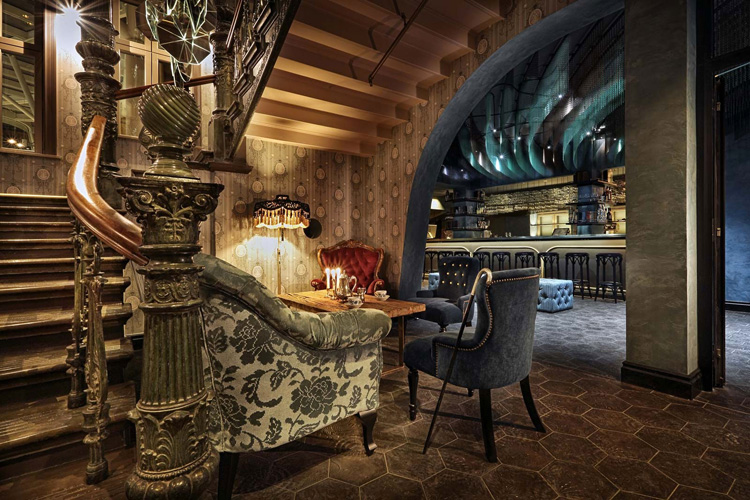 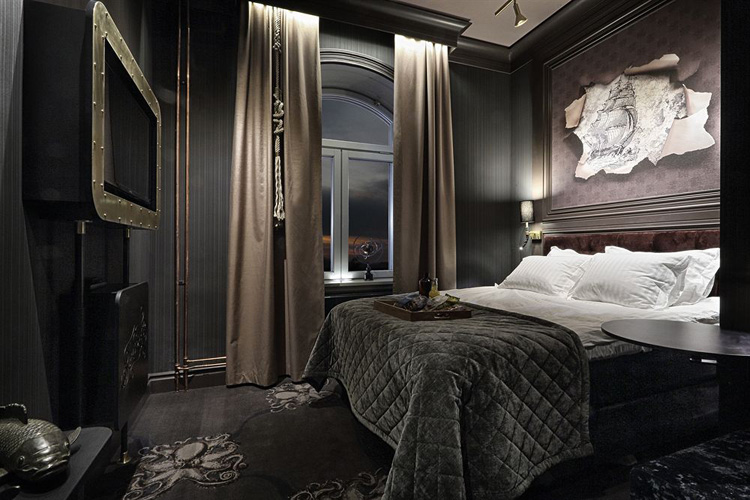 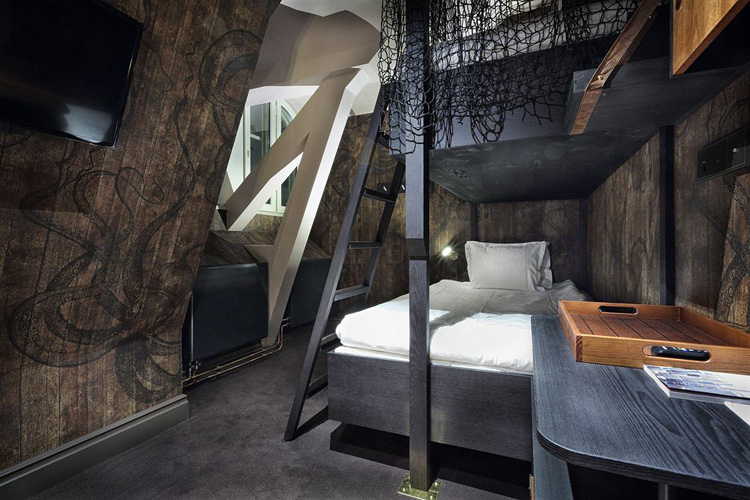 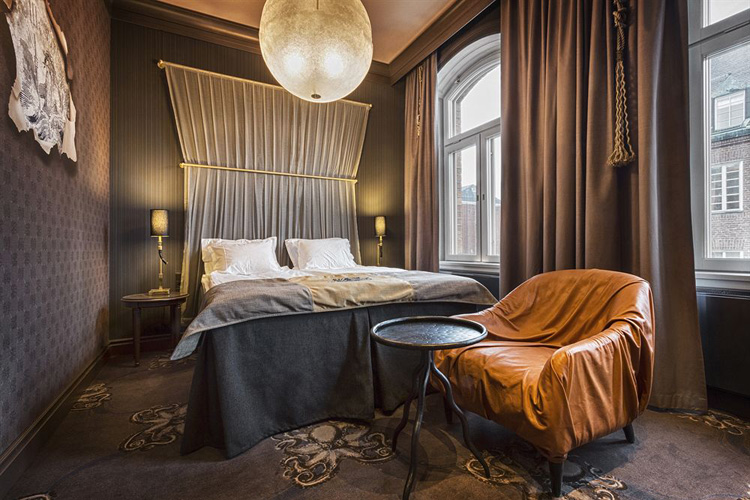 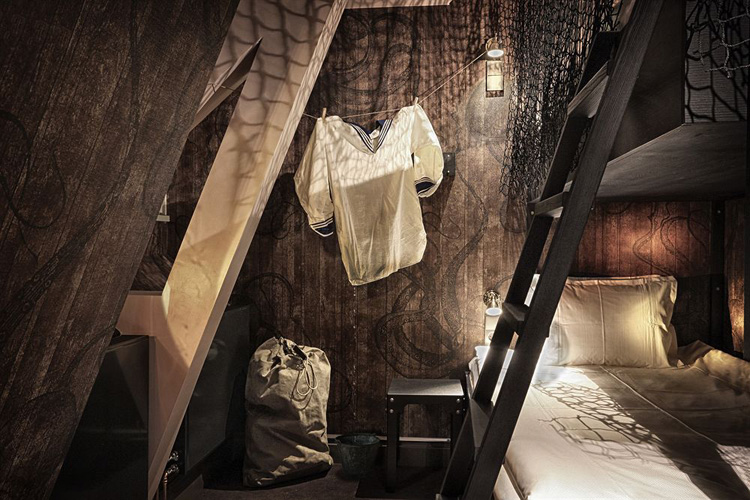 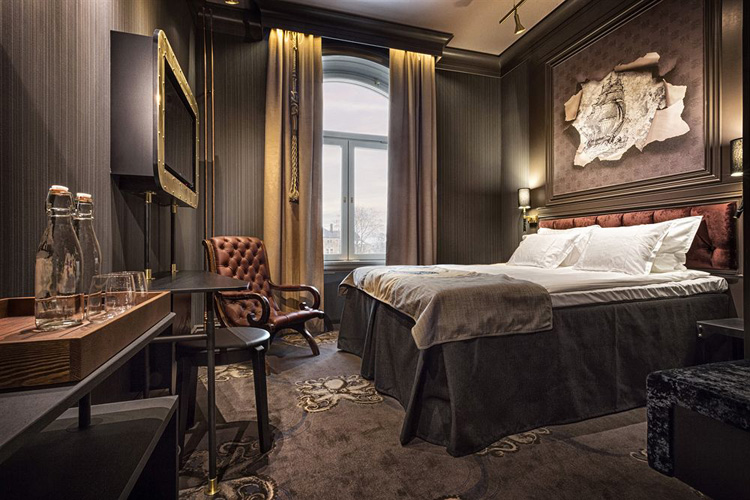 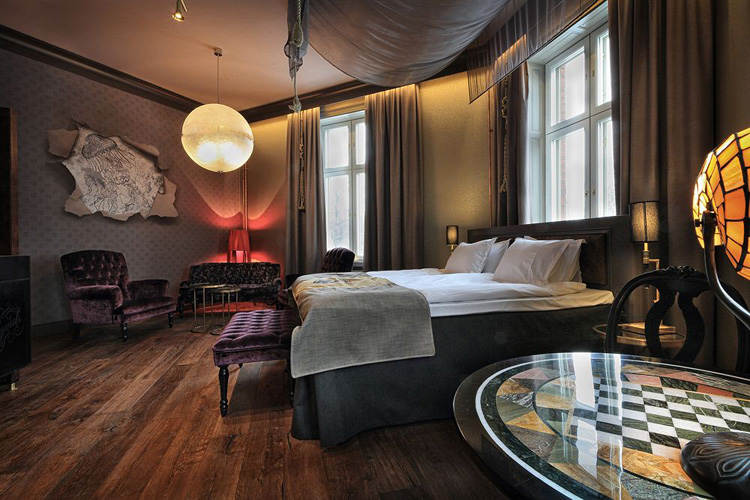 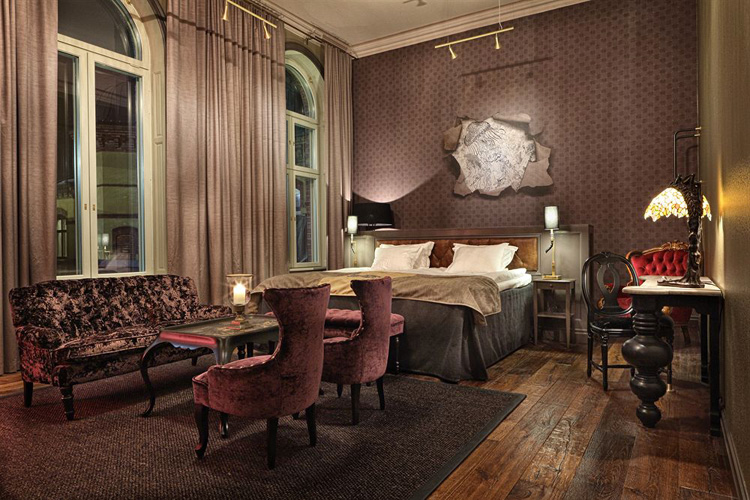 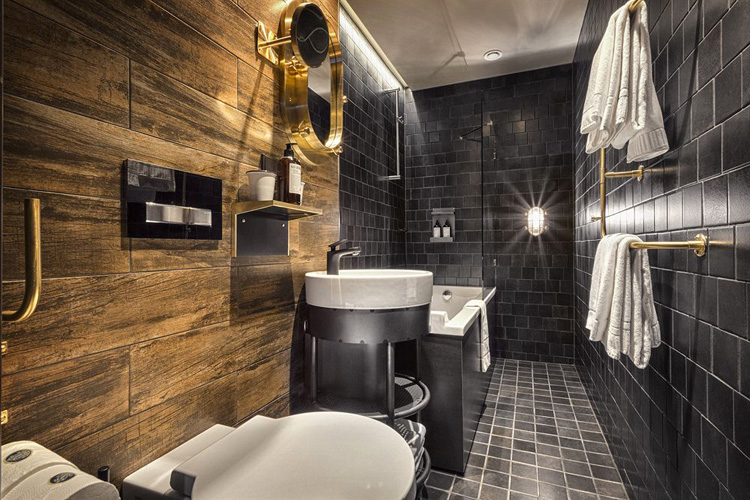 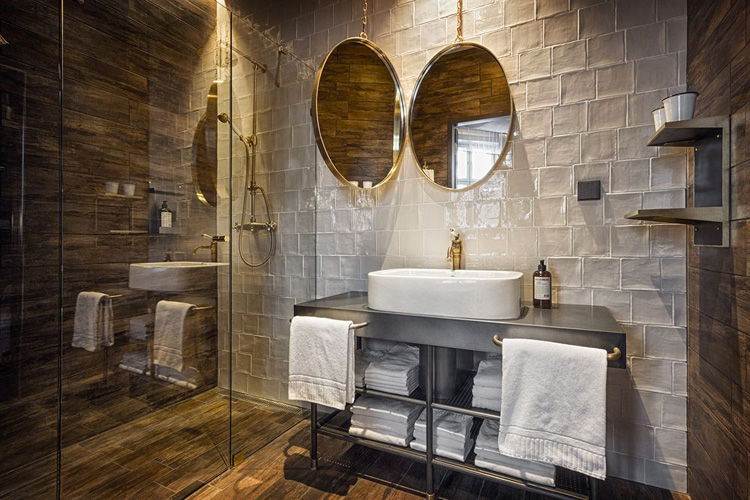 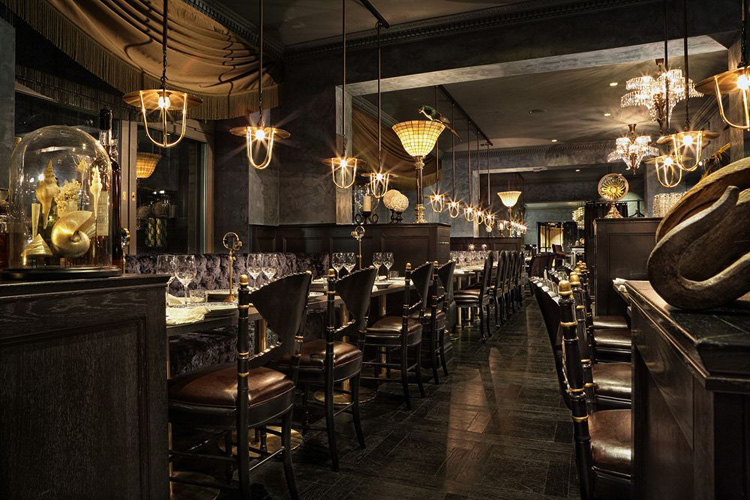 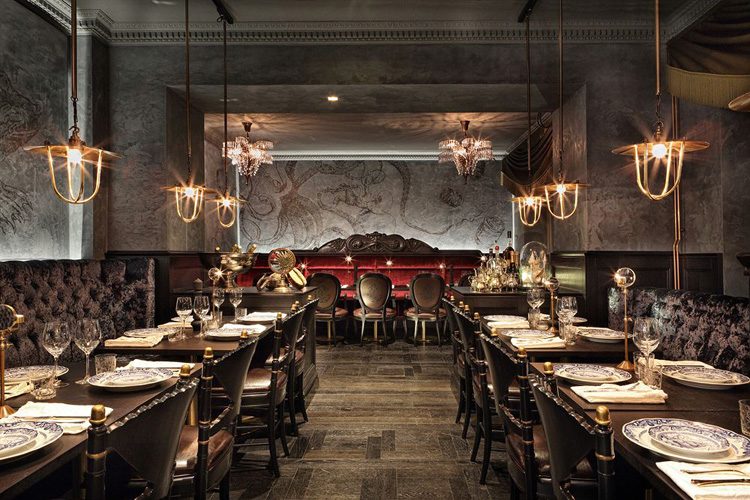 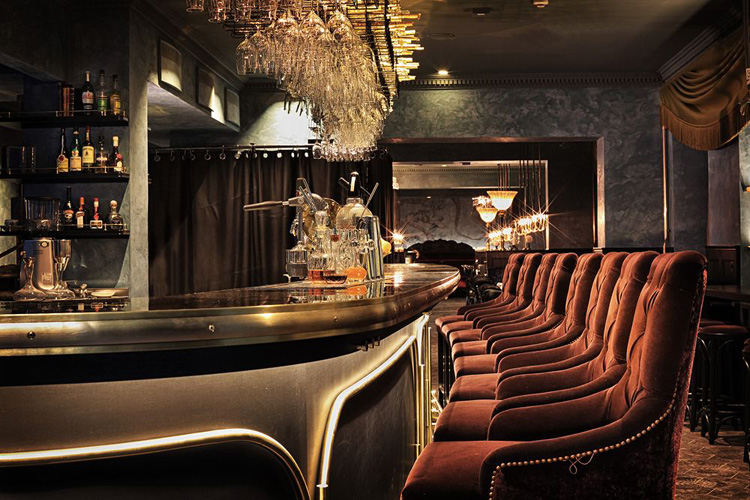