Bangkok studio Onion designed the interior of the Jerry House, an holiday home at Cha-Am Beach, Thailand, for a family with four sons, who wanted a playful space that encourages to play in such a way that none of their domestic spaces in Bangkok would enable them to.

Central to Onion’s concern is the linkage of passageways. Onion adds an extra set of vertical circulations at the central hallway to the existing staircases and ramps. This space is now called the ‘main living hall’. Onion uses customised nets to build five layers of horizontal planes of different slopes, heights and sizes. They act almost like the extension of floors within this three-storey high living hall. Each layer of nets has a hole and each hole is set in different locations. 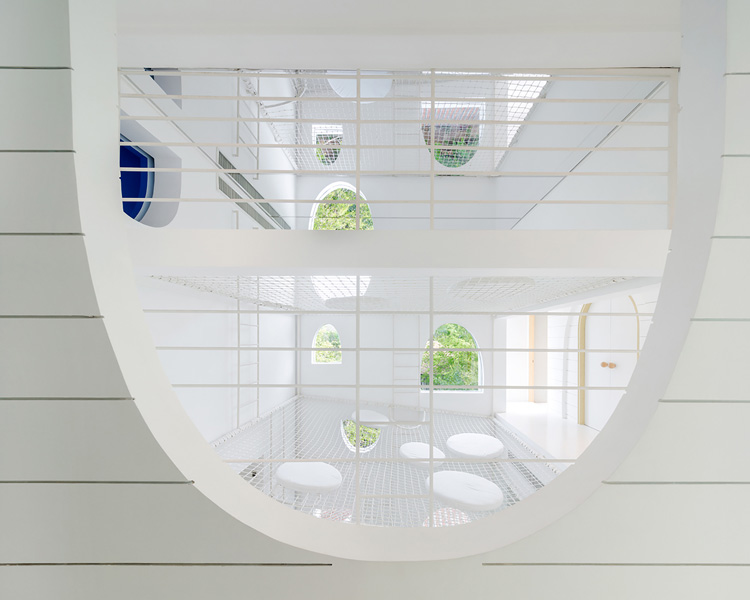 Children and adults can climb up the metal ladders from the ground floor to one of the son’s bedrooms on the third floor. Jumping out of bed and falling down the holes here are safe because the players will be protected by the lower layers of nets. Hanging on to the nets is another technique of playing. The players can grasp parts of the nets that are slanting down to fit their heights. When looking upward, the mirrored film attached to the ceiling gives the illusions that the players are floating in the air and that the overlapping layers of net are higher than they actually are. 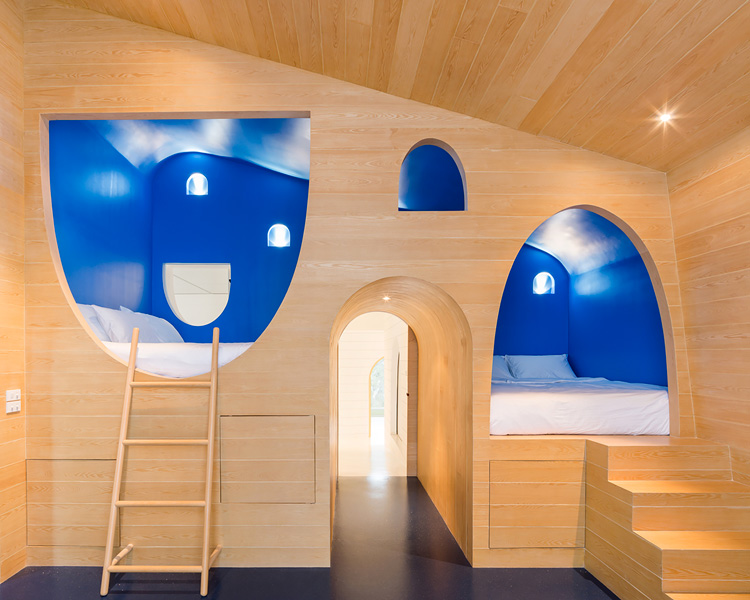 The bedrooms on the third floor have another type of circulation. It is the tunnel that links between two sunken spaces on the walls for sleeping in. In order to go to bed, the sons may climb the ladder or walk up the steps inside the bedroom. The tunnel is an extra route for the boys to switch their beds. They may also go to bed directly from the main living hall through the hidden sliding door above the fifth level of the net. Crawling inside the tunnels to go to another bedroom is the designed activity at Jerry House. 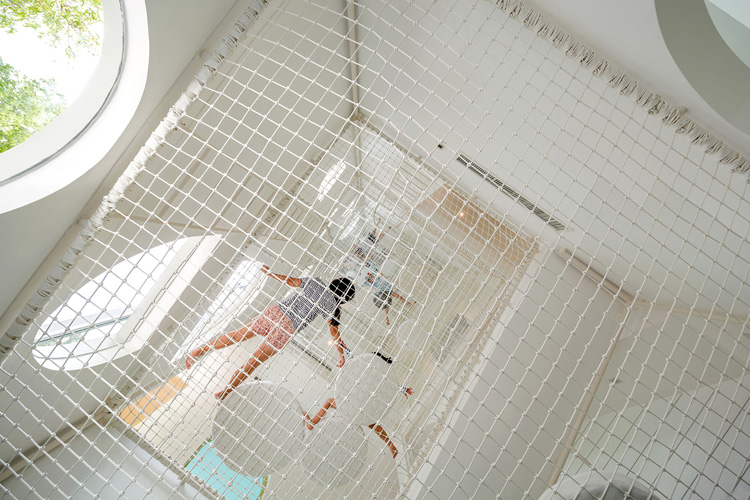 Colours are the means to increase the visual experiences. Onion paints the public areas of Jerry House in white. These include the main living hall, the living room and the dining room that links between the swimming pool to the service quarter on the ground floor. The bedrooms, on the other hand, are personalised by colours. Mustard yellow is for the master bedroom and light purple for the guests’ bedroom on the second floor. Blue is for the interior of the tunnels and sleeping areas of two sons. Light green is for the boys’ bedrooms on the third floor. When playing, the children tend to identify themselves with the room colours. If the door of the chosen room is locked from the inside, the only access left will be the tunnel and that is difficult for the adults to get in. 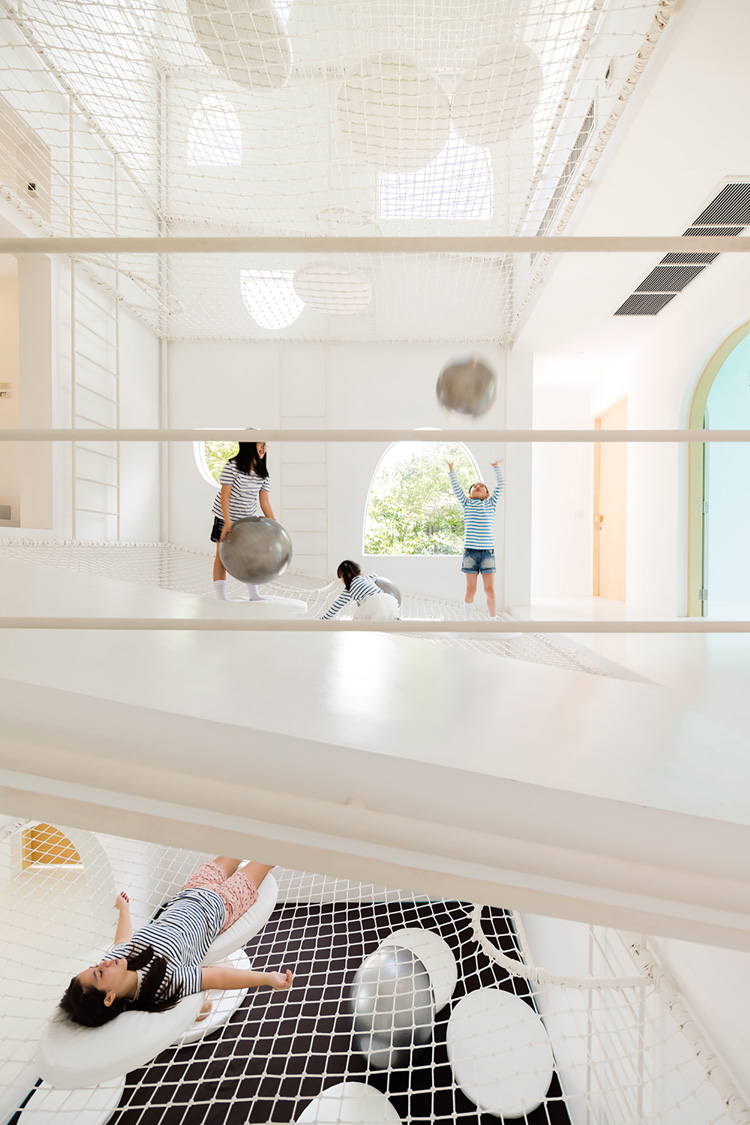 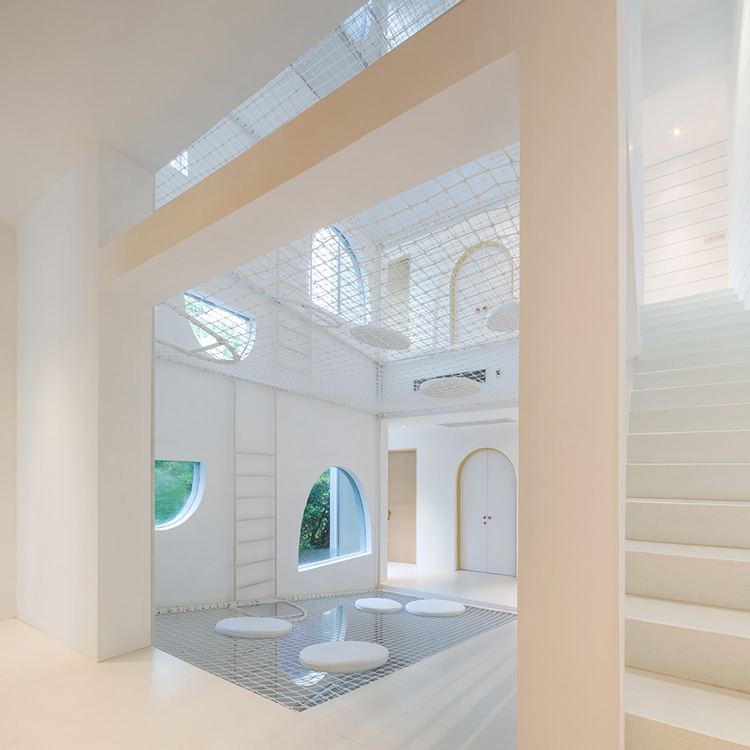 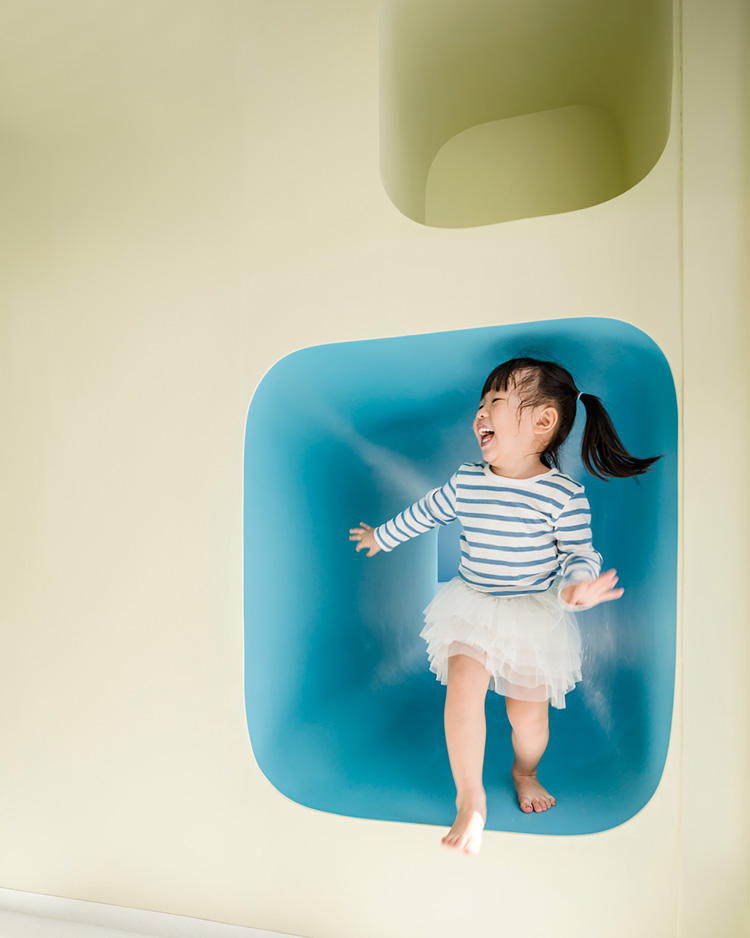 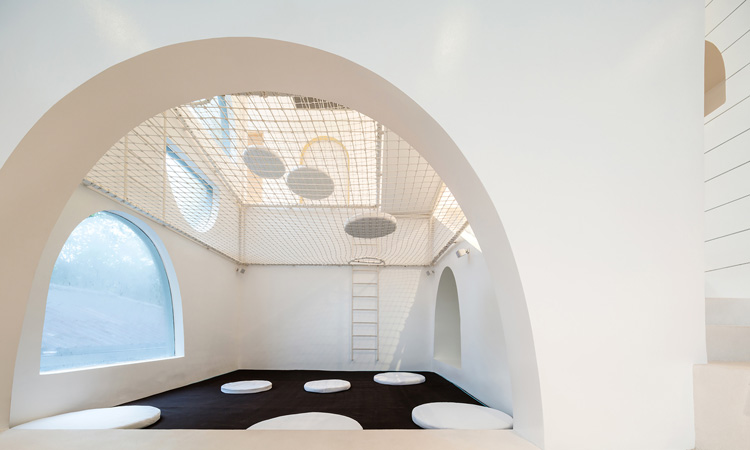 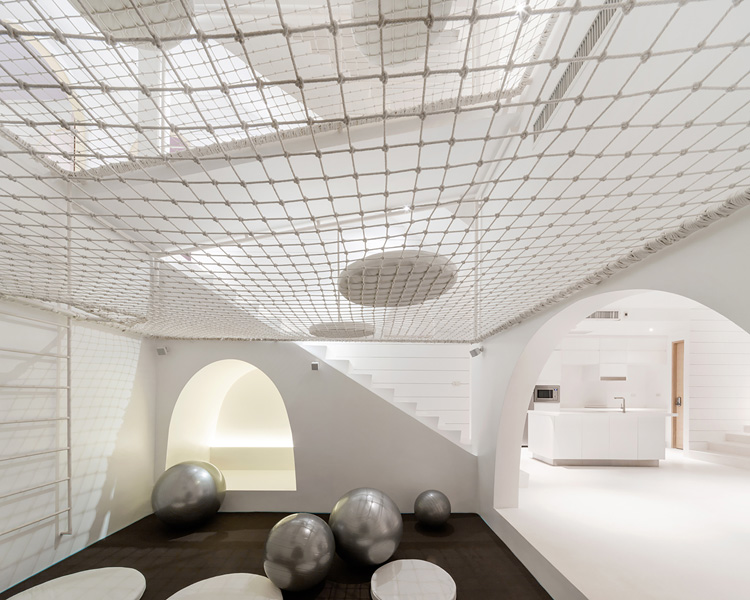 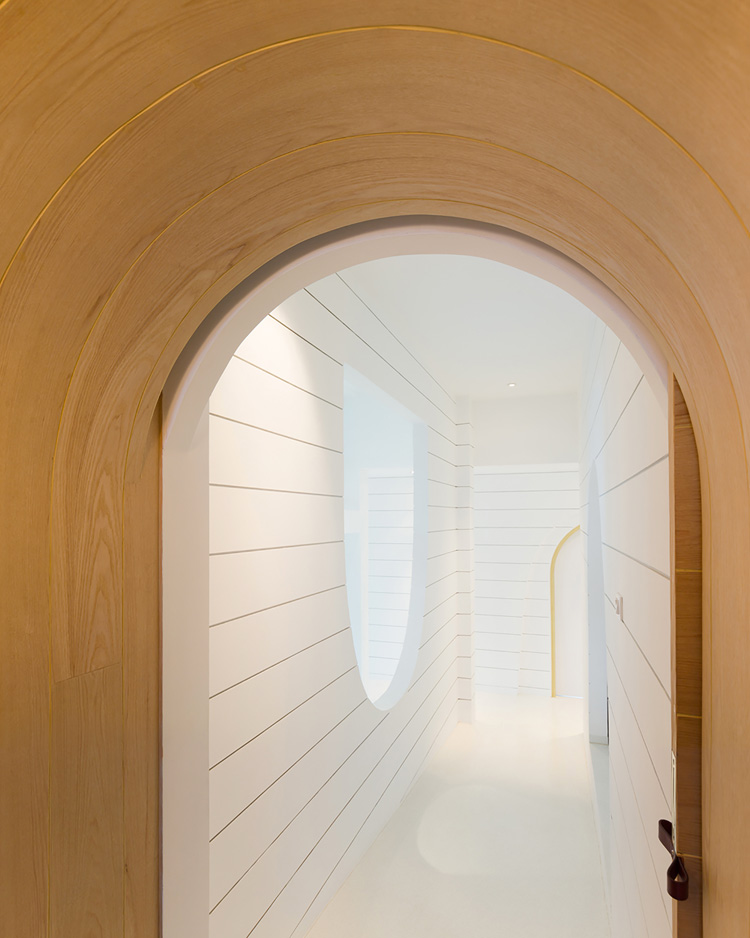 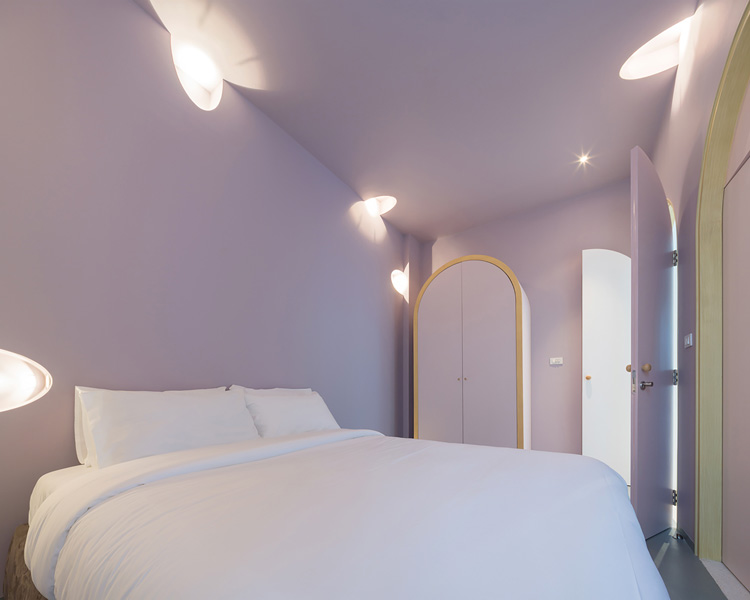 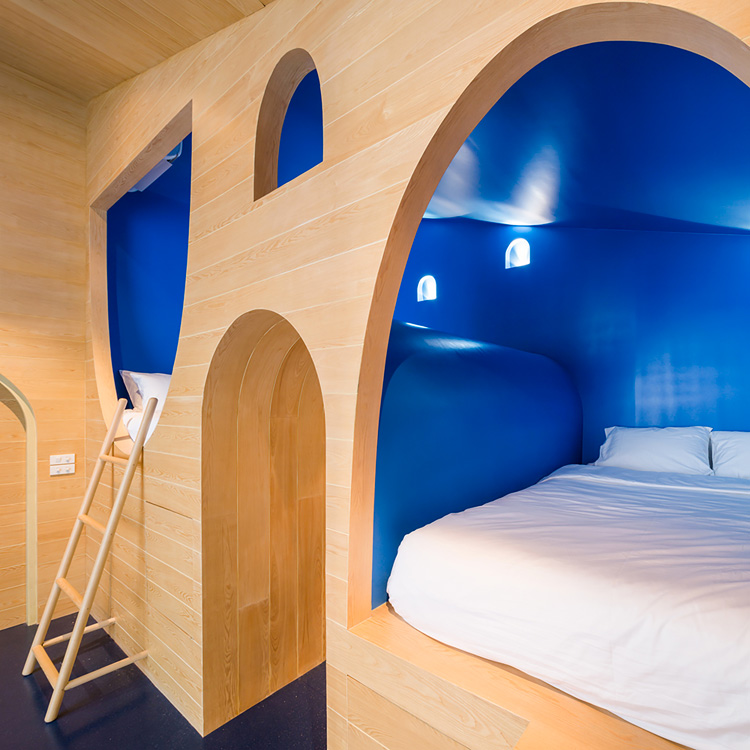 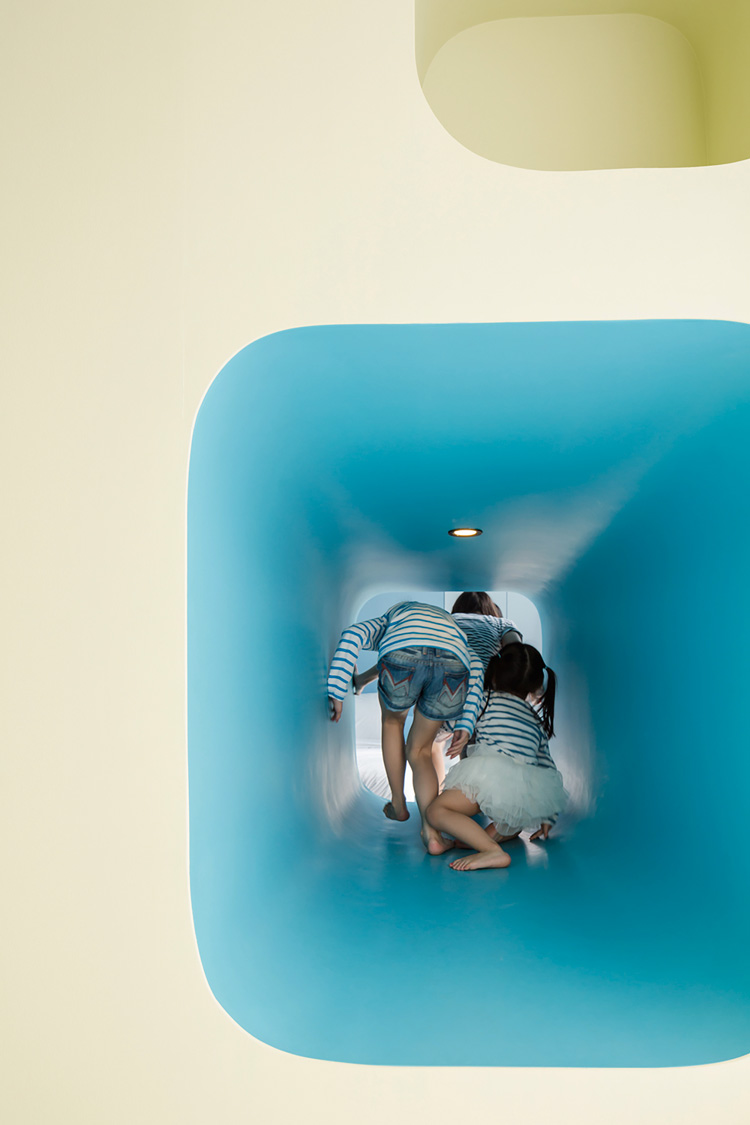 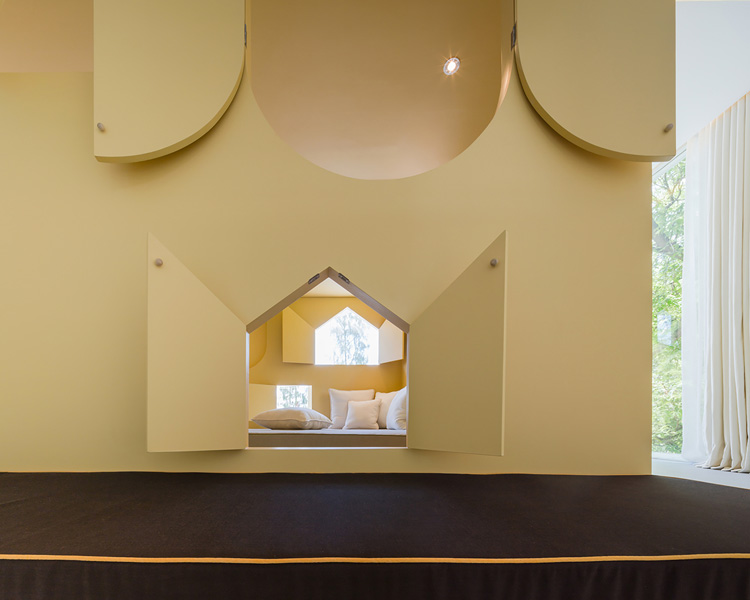 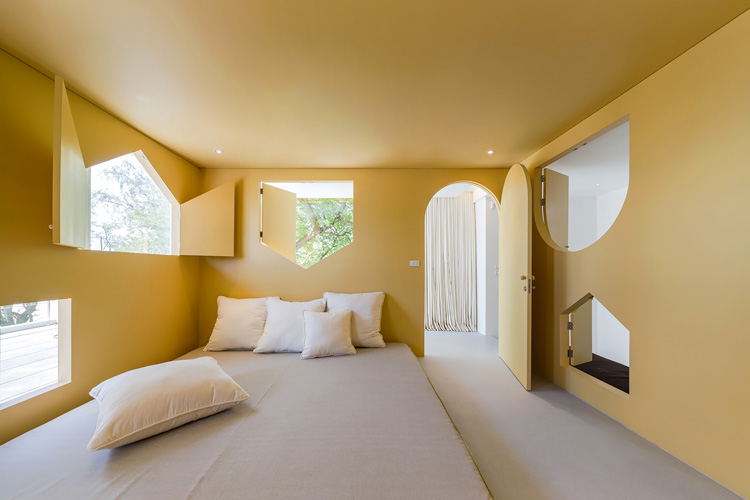 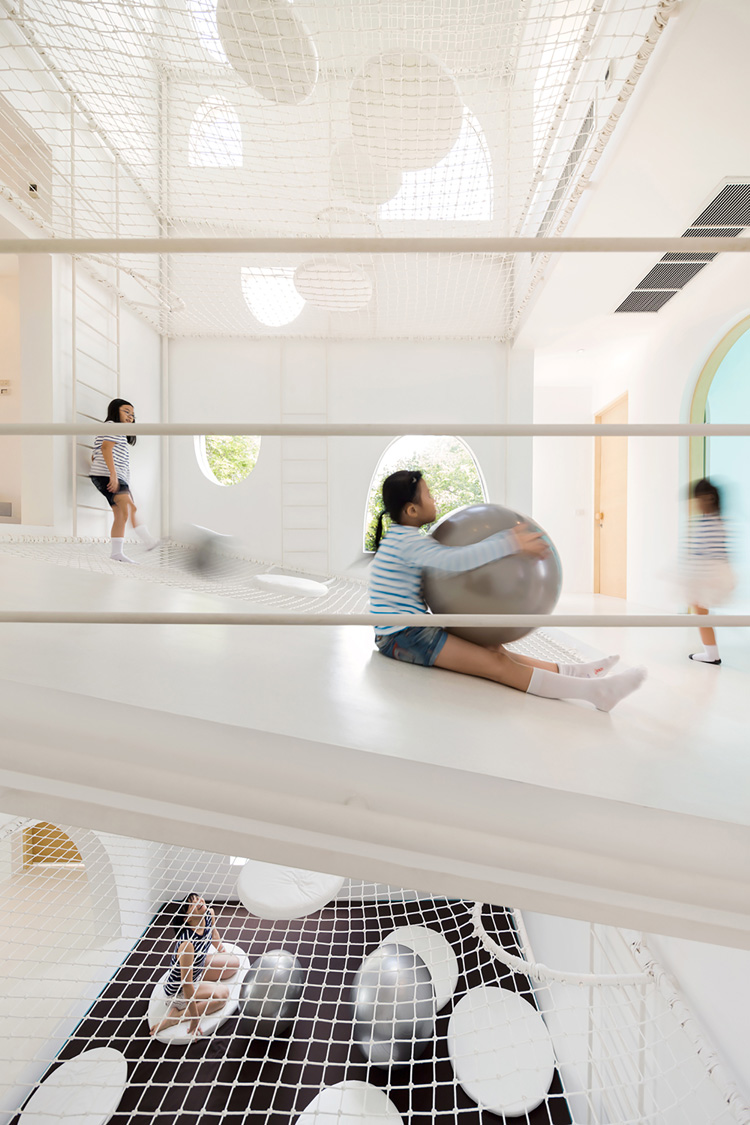 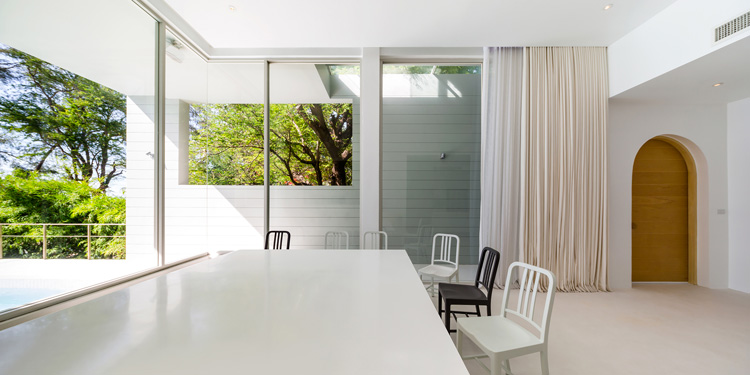 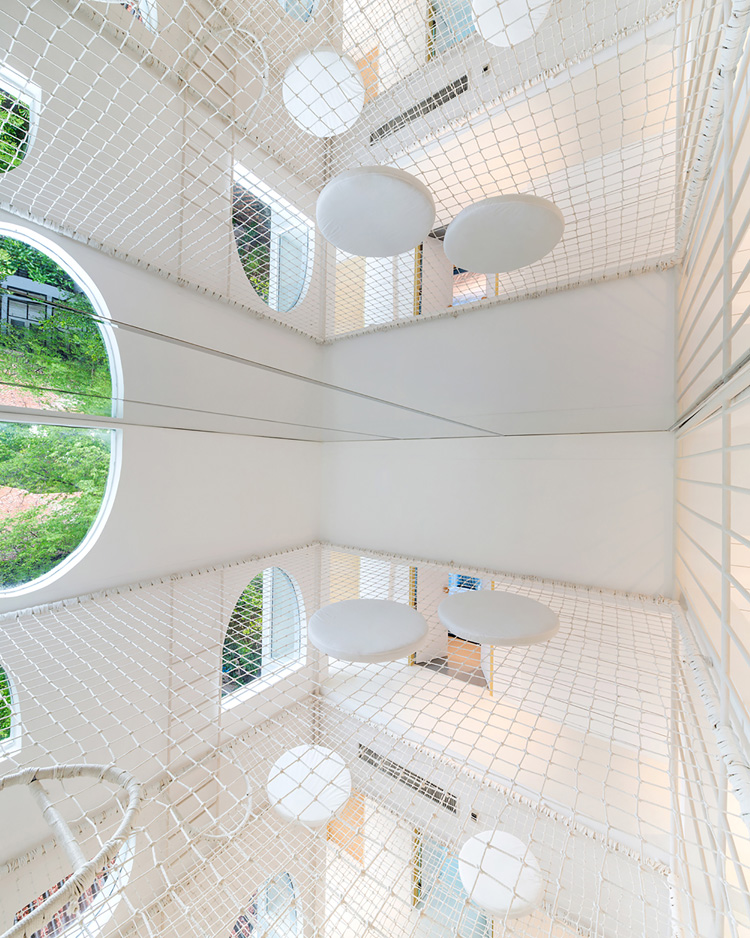 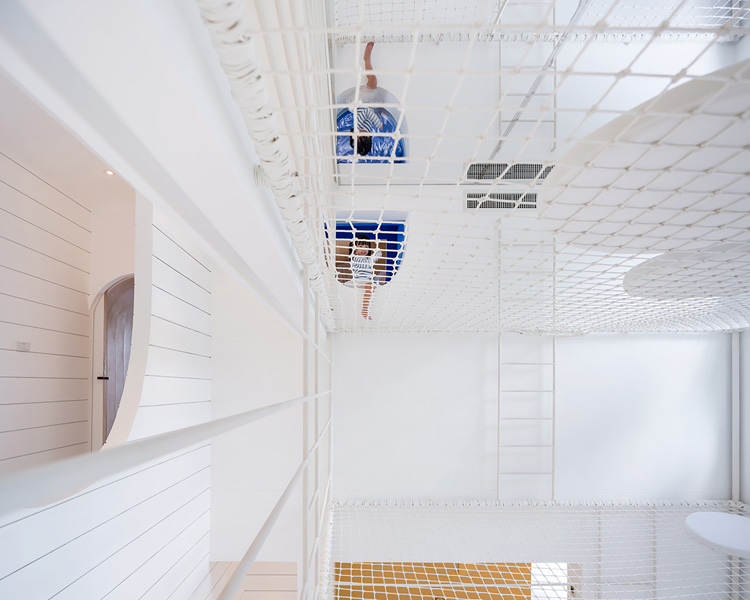 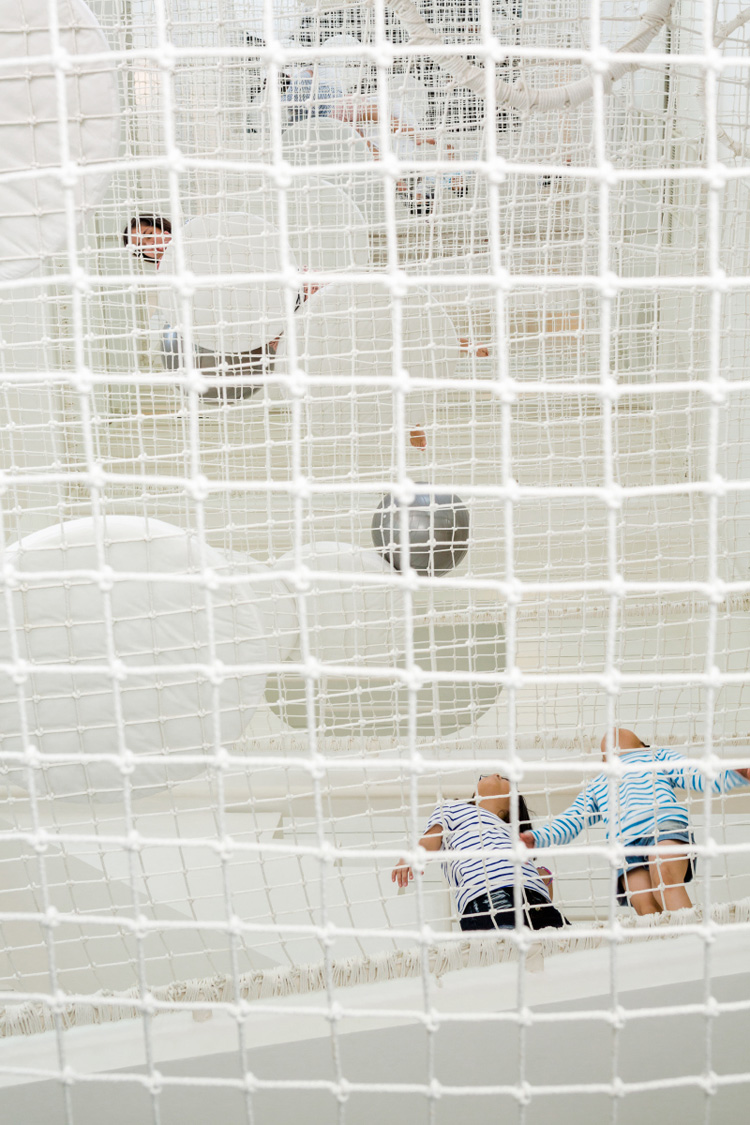