Norwegian architecture studio Snøhetta has designed and installed a series of wooden hives atop a roof of an Oslo food court to encourage bees to settle in the city centre. Bees are among the world’s most important food suppliers. One third of the world’s food production is depending on pollination, where bees play the largest role. 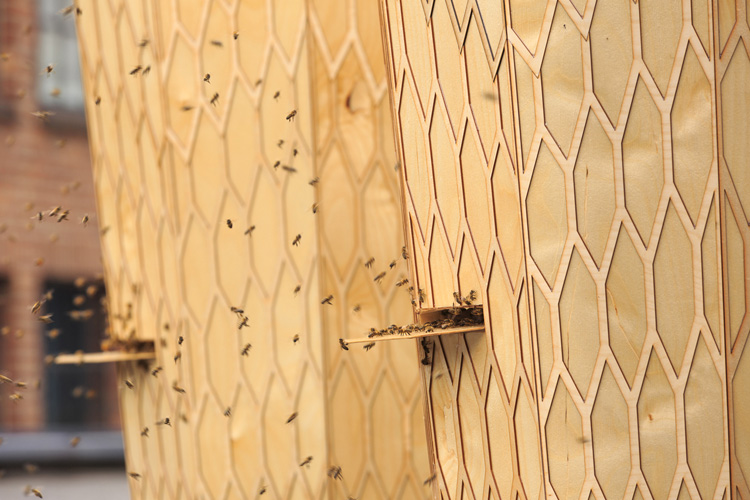 By creating these beehives, they bring more bees to the city, give visitors information on how they can contribute to the environment, and create involvement around the bees.

The two beehives are appropriately placed at Mathallen, on the rooftop of Dansens Hus, not only for the food and honey relationship, but also naturally and contextually with many of the green spaces in the area, such as Akserselva and Kolonihagen Grunerløkka. 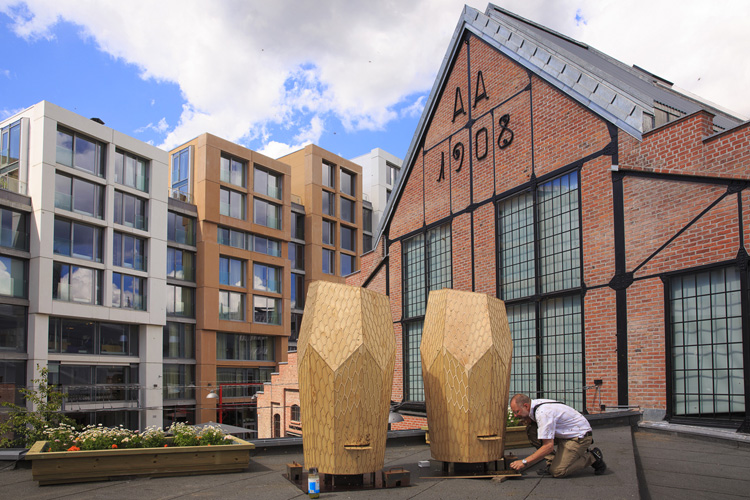 The natural honeycomb geometry was the inspiration for the form and pattern. Having two intersecting hexagonal volumes to create the form, which were then adjusted in height and width to fit with the need of the beekeeper. Using a light colored wood with a finish that is honey in tone was also a relationship that Snøhetta wanted to create and present. 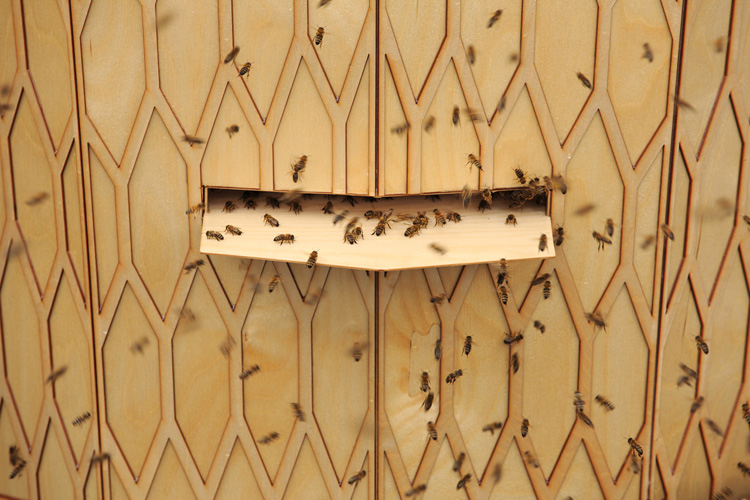 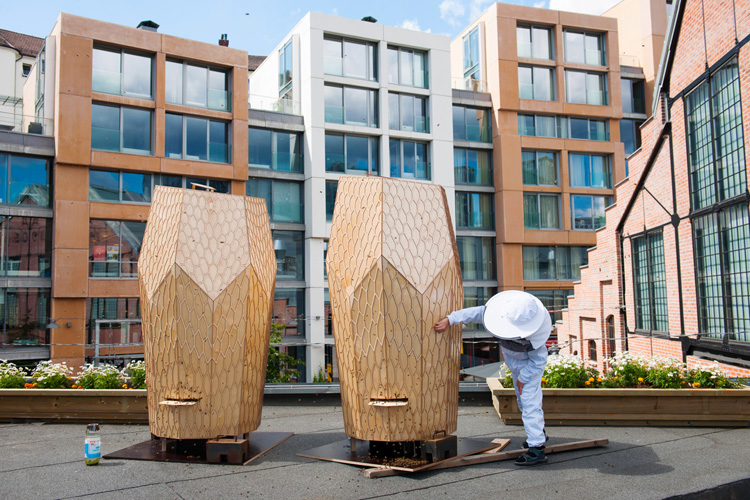 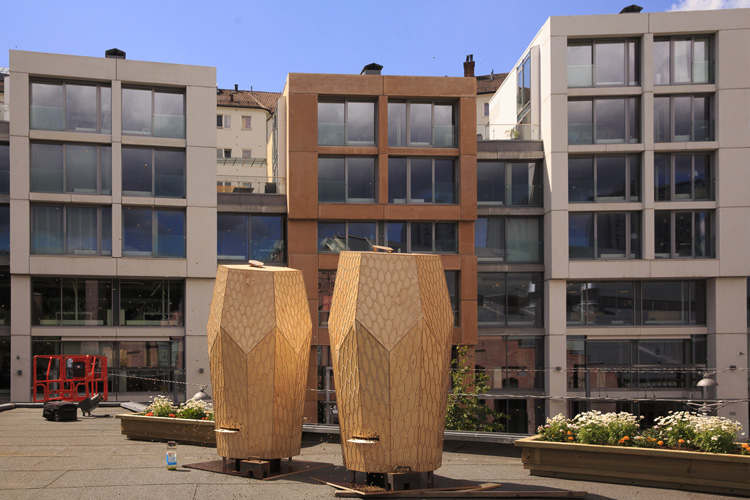 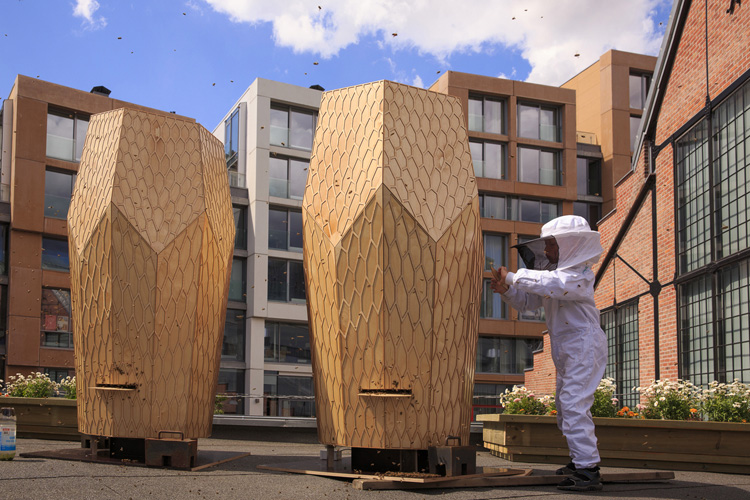 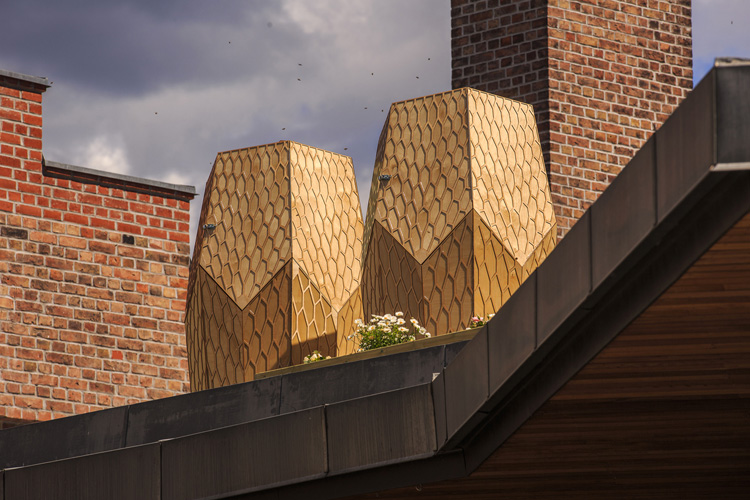