In celebration of the craftsmanship and work put in to each vehicle, Lexus formed an unlikely partnership with London-based cardboard manufacturer to create a full-scale, 3-D, “Origami-inspired” Lexus IS sedan out of laser-cut cardboard. Creating this model took a five-person team consisting of professional designers and modelers from LaserCut Works, and Scales and Models. The design team was supported by DS Smith, who provided the recyclable cardboard. 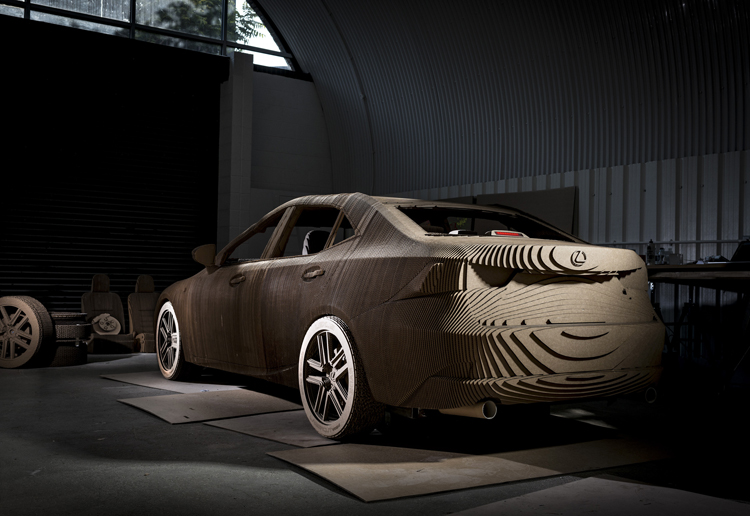 Comprised of 1,700 individual cardboard sheets, the car features an impressively complete interior and exterior, including details like headlights and Lexus’ “spindle grille,” along with wheels, seats, and a fully realized dashboard with a steering wheel. The cardboard frame is mounted on a steel chassis, and an inboard-mounted electric motor allows the rolling sculpture to be “driven” at low speeds. 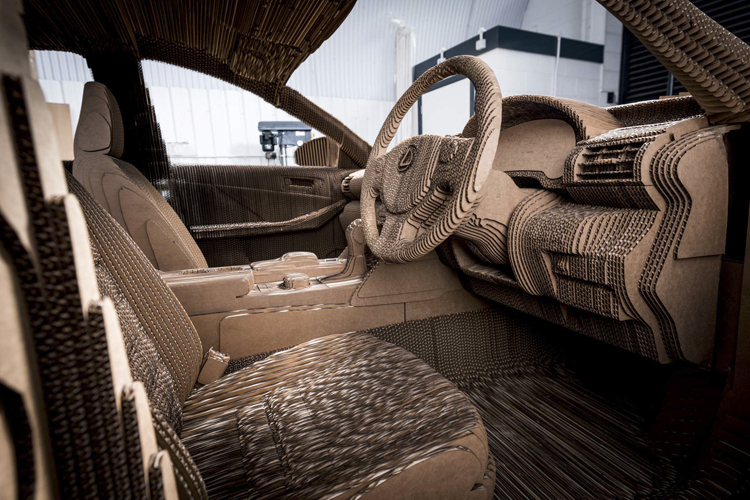 The design team started with a digital 3D model of the IS, which was separated into key sections, including dashboard, wheels, and seats. The car was digitally sliced into 10 millimeter (0.4 inch) sections, and provided to the gurus at LaserCut Works. There, the craftsman cut 1,700 individual components out of the cardboard sheets, each piece with its own reference number. Once all the pieces were successfully cut out, each component was joined together using a wood glue. All in all, the project took three months to complete. This origami car was commissioned as part of Lexus’ “Creating Amazing” campaign, which has featured a wide range of design projects, including a functioning hoverboard. Take a look behind the scenes of the origami Lexus in the video below.

This unique vehicle will be revealed to the public as main attraction at the Grand Designs Live show in Birmingham from October 8, 2015. 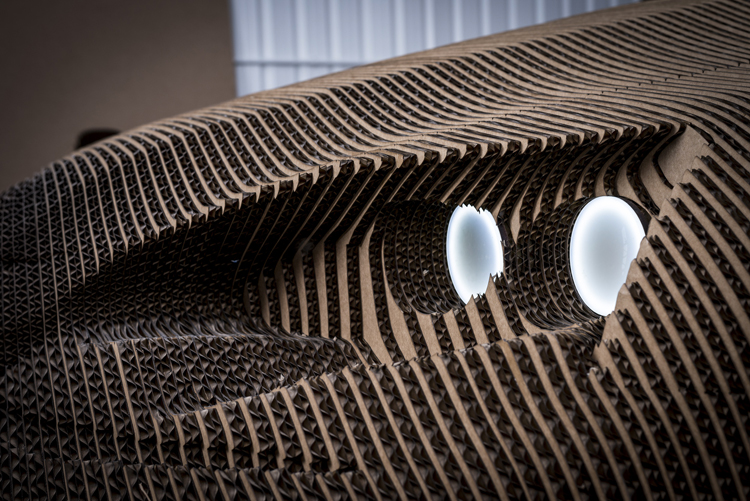 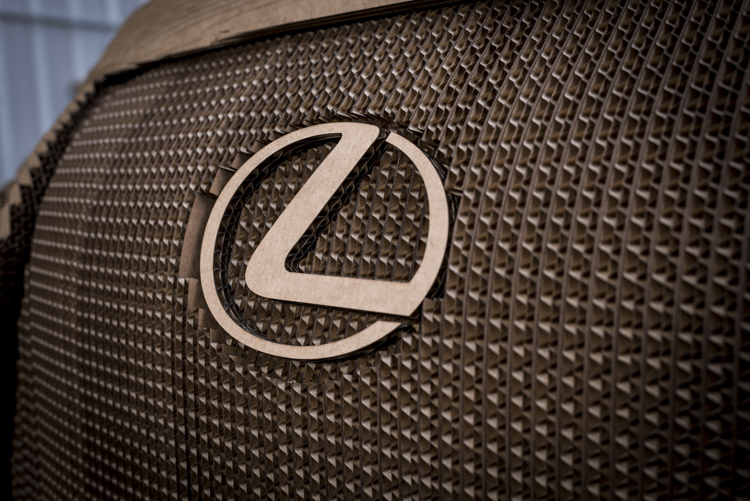 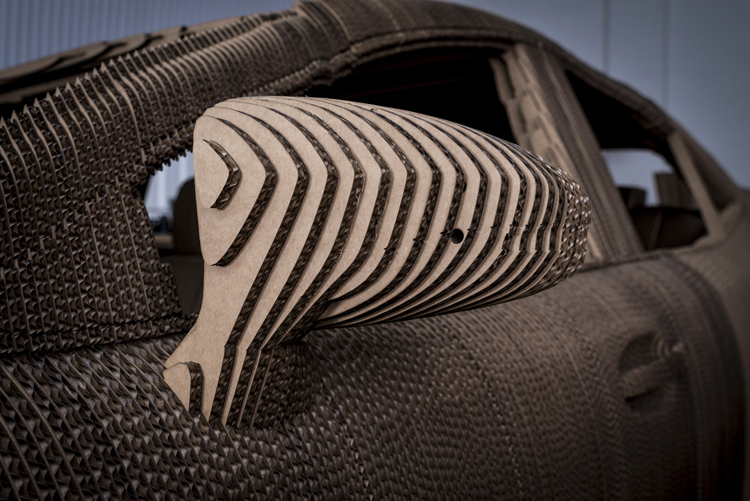 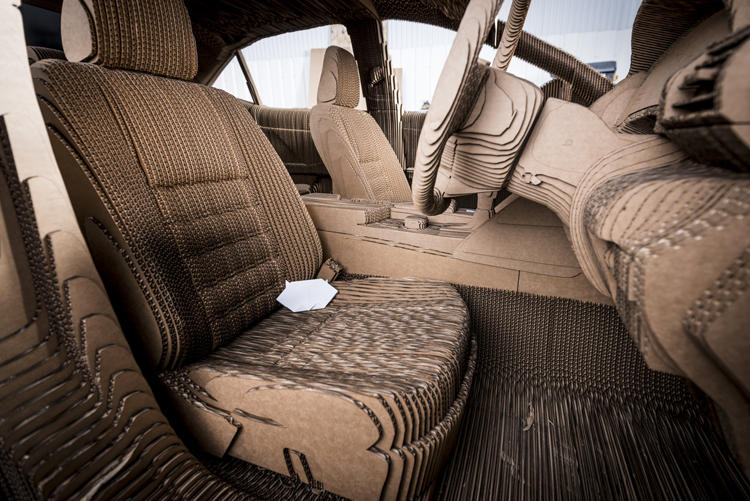 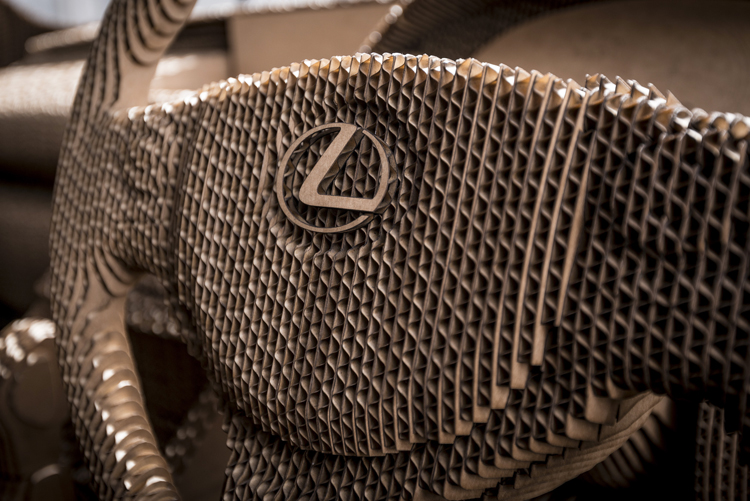 all images and video courtesy of Toyota