Oki Sato, founder of Japanese design studio nendo, drew inspiration from manga comics to conceive his latest installation for Friedman Benda unveiled at Milan Design Week 2016. Each chair in the Manga collection is made from polished stainless steel, and is intended to emulate a design element used to illustrate emotions or actions in stories.

“Manga is a means of expression with a high degree of flatness and abstraction, and which is composed of a series of lines,” said Nendo. “We could say that manga comics are deeply rooted in Japanese culture, since they can be traced back to Ukiyoe prints developed during the Edo period in 1603 to 1868.” 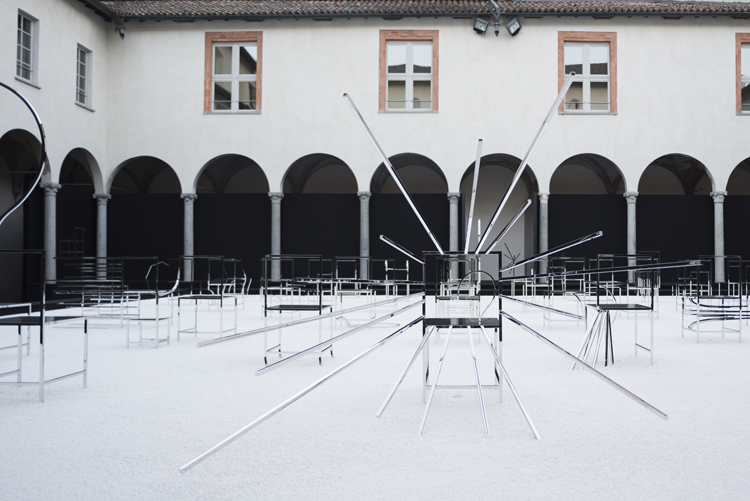 “Manga consist of a series of frames on a single sheet of paper that creates a sequence,” explains Oki Sato. “Similarly, 50 standard chairs are lined up in a grid, each one conjures up a sense of story, and each with a design element from manga.” The mirror finish generates new spatial layers as the mirror surface reflects the real world, just like manga does.

The 50 Manga chairs installation is on show at the Facoltà Teologica dell’Italia Settentrionale at Milan Design Week 2016 till 17 April, 2016. 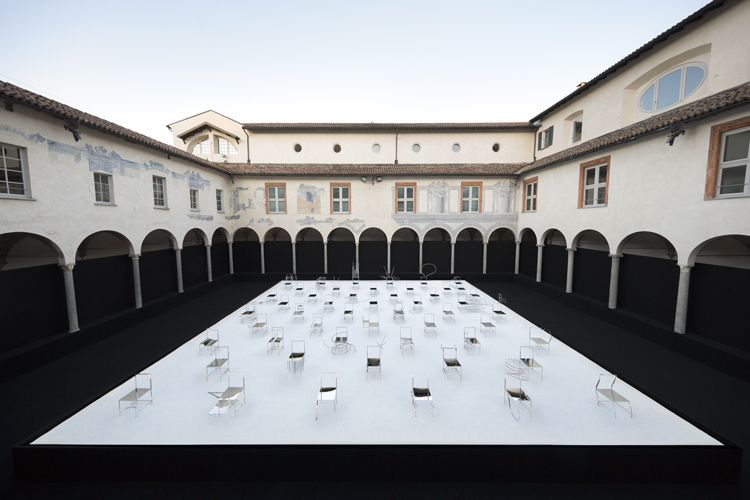 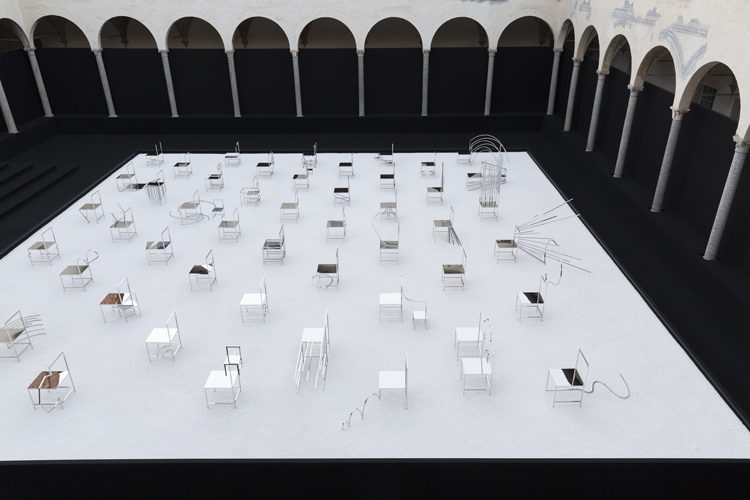 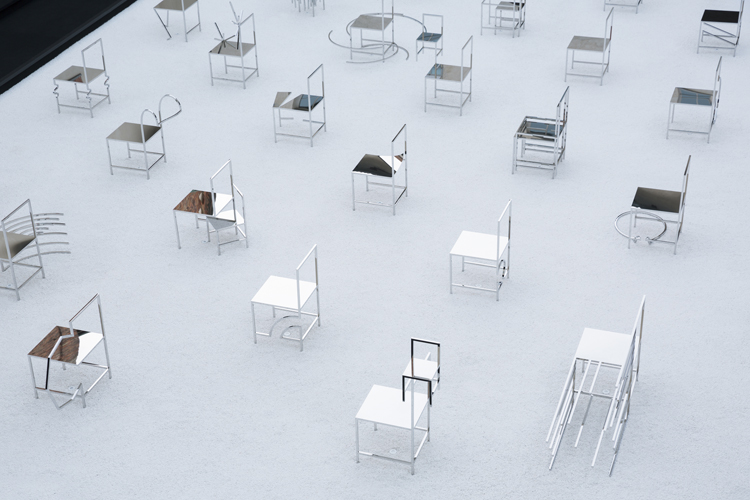 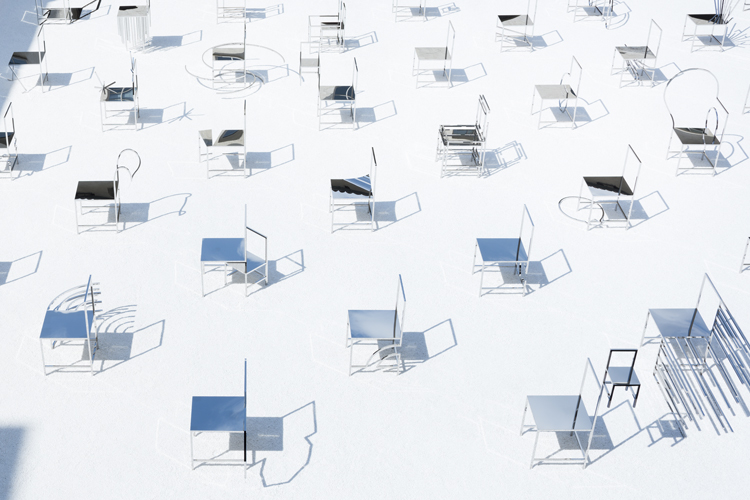 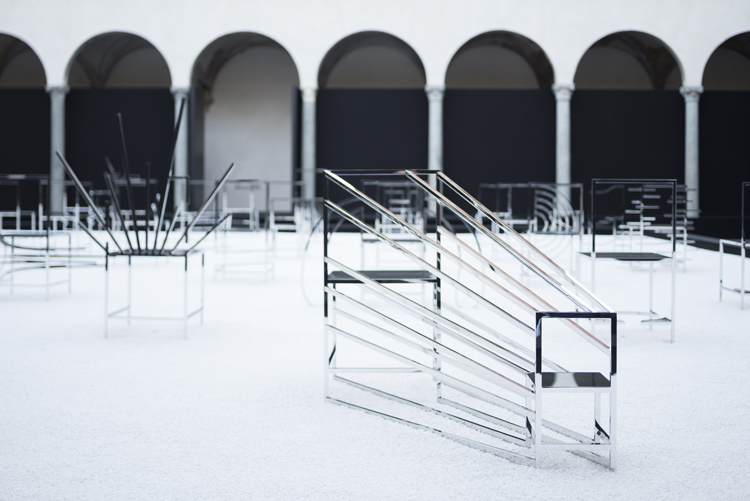 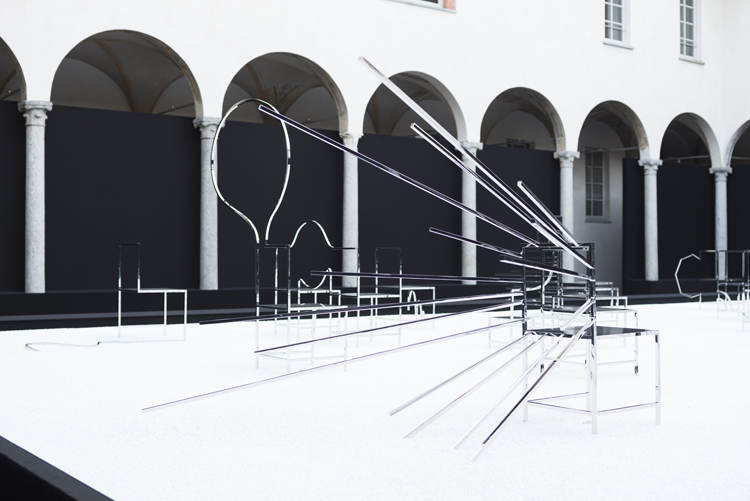 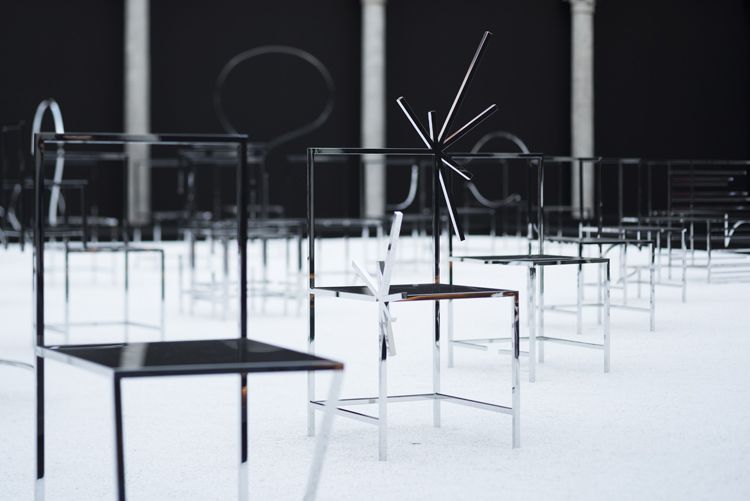 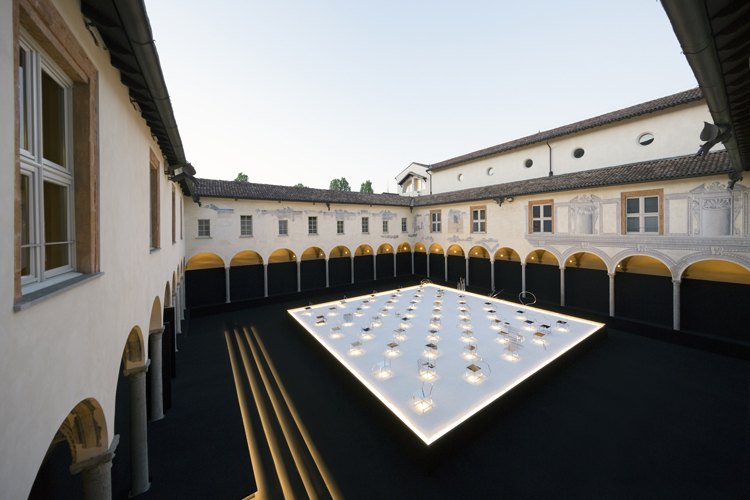 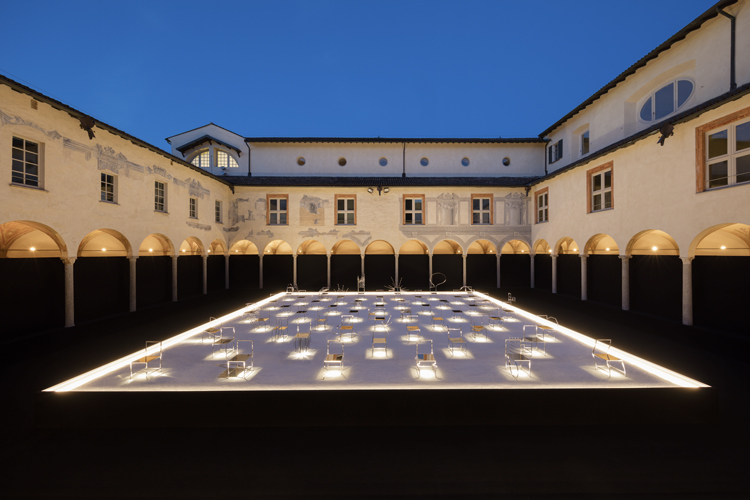 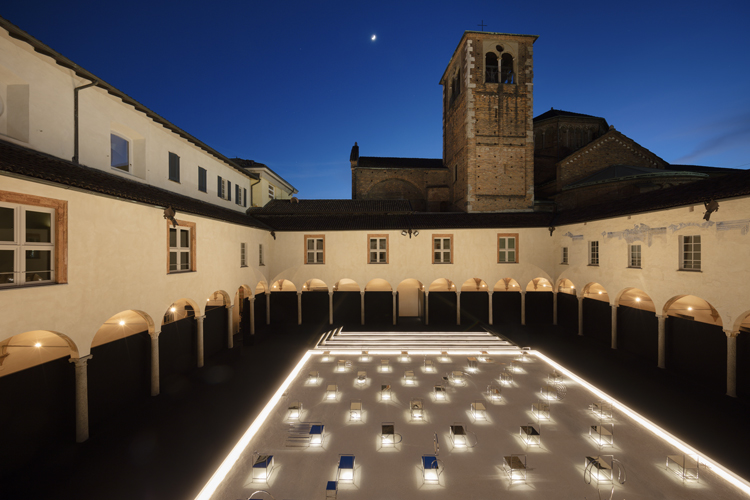 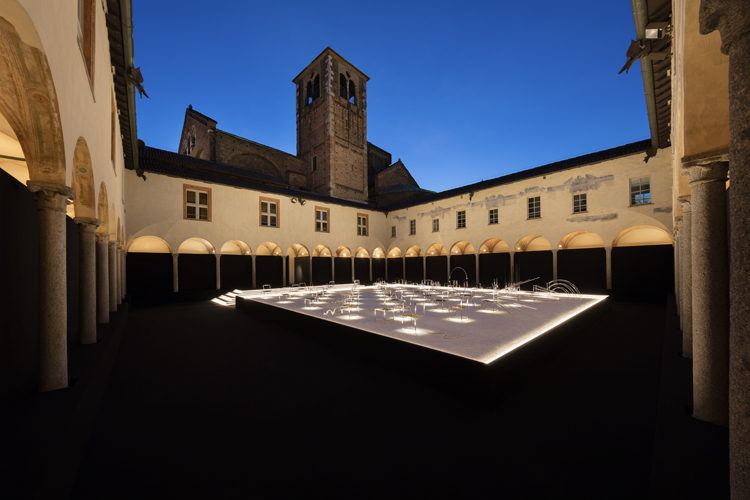 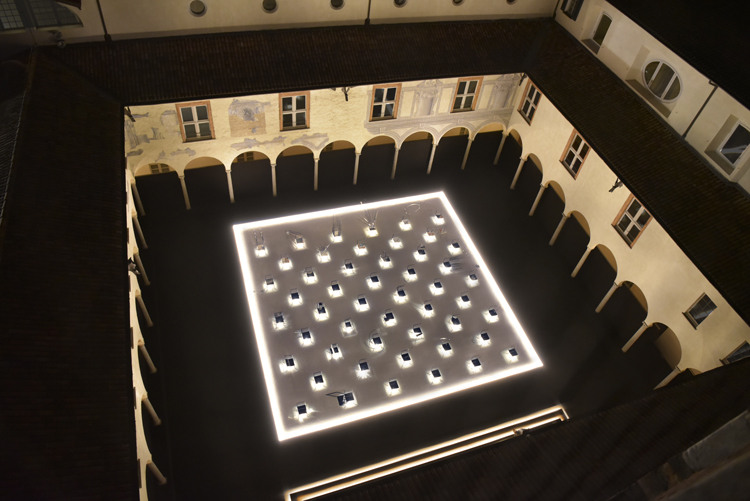