London design studio Glithero has teamed up with luxury watch maker Panerai to create Green Room, a kinetic installation that extends across six floors at the V&A museum. Taking the watchmaker’s central premise of ‘time’ as the inspiration, the designers have created a kinetic piece that changes our perceptions of what a clock can be. “We wanted to create a time piece that people could be inside of,” says British designer Tim Simpson, founder of Studio Glithero alongside Dutch designer Sarah van Gameren. “This clock is an interactive experience rather than something you glance at.” 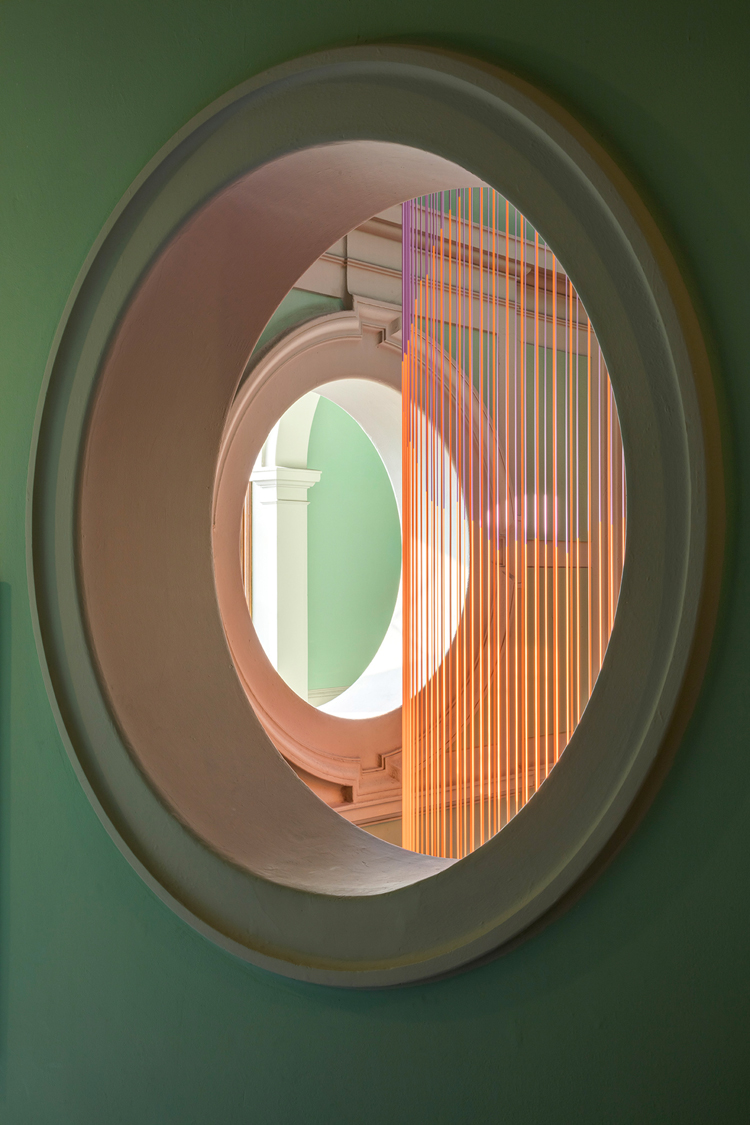 Renowned for their mesmerising, time-based mechanical installations, Glithero have created a cylindrical curtain made up of 160 multicoloured silicone cords that wrap around a six storey stairwell on the west side of the museum, a dramatic space that benefits from a tall classical domed ceiling and plentiful daylight thanks to its large windows. 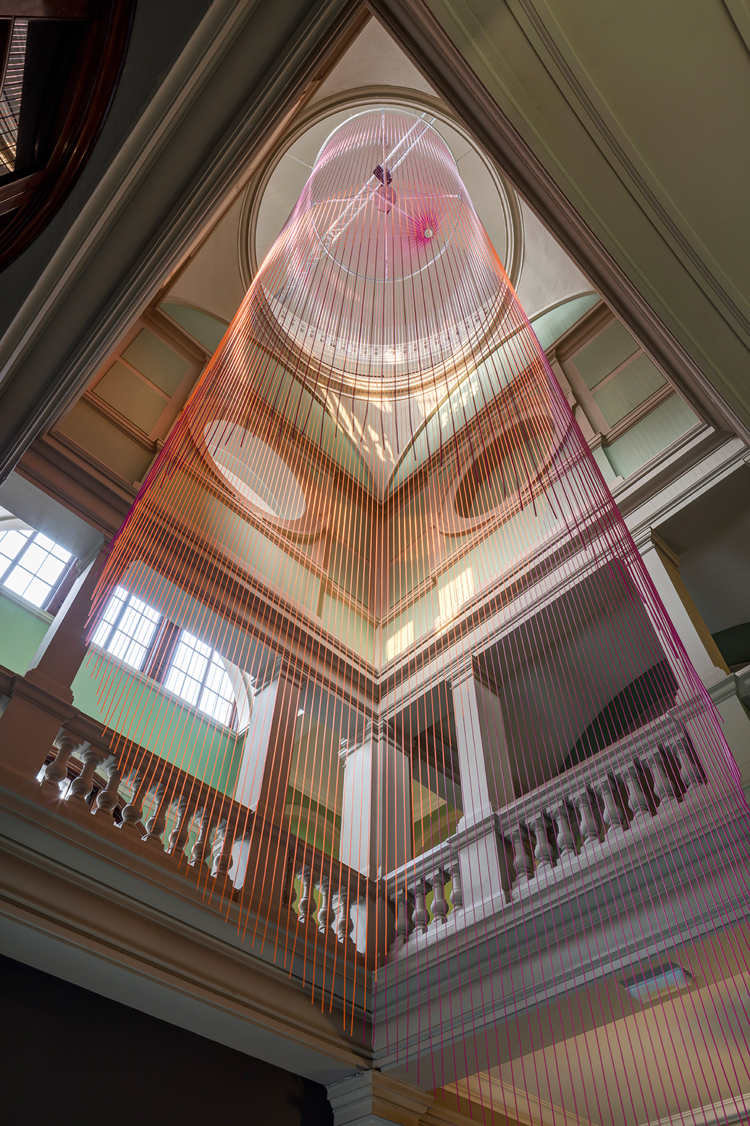 Taking full advantage of the stairwell’s 17.5 metre drop, the silicone cords are looped over a 3.2 metre-diameter ring that’s clearly visible for all to see within the stairwell’s dome. Each cord is connected to a central rotating cam arm that turns at a rate of one revolution per minute. One by one the strings are lifted, slowly rising 2.5 metres from their starting point before returning back down again, creating the effect of parabolic motion. The result is an immersive wave of colour that is first encountered at ground level, just a little over head height. 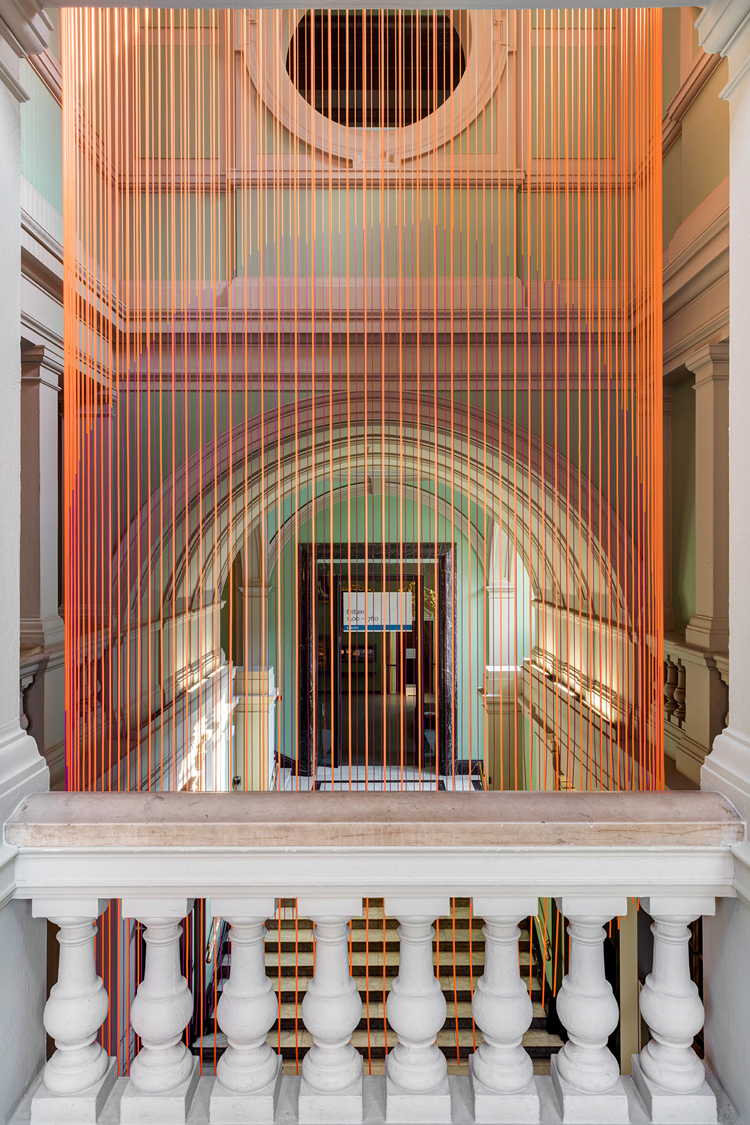 “We wanted it to feel very much like you’re inside it and that it’s moving around you,” explains Simpson of the awe inspiring experience of looking up into the cylindrical tunnel from ground level. “It leads you up the stairwell where there are a number of windows that let you glimpse it from different levels, then at the top you discover the mechanism. We wanted to make something that you encounter in one place but that is explained in another.” 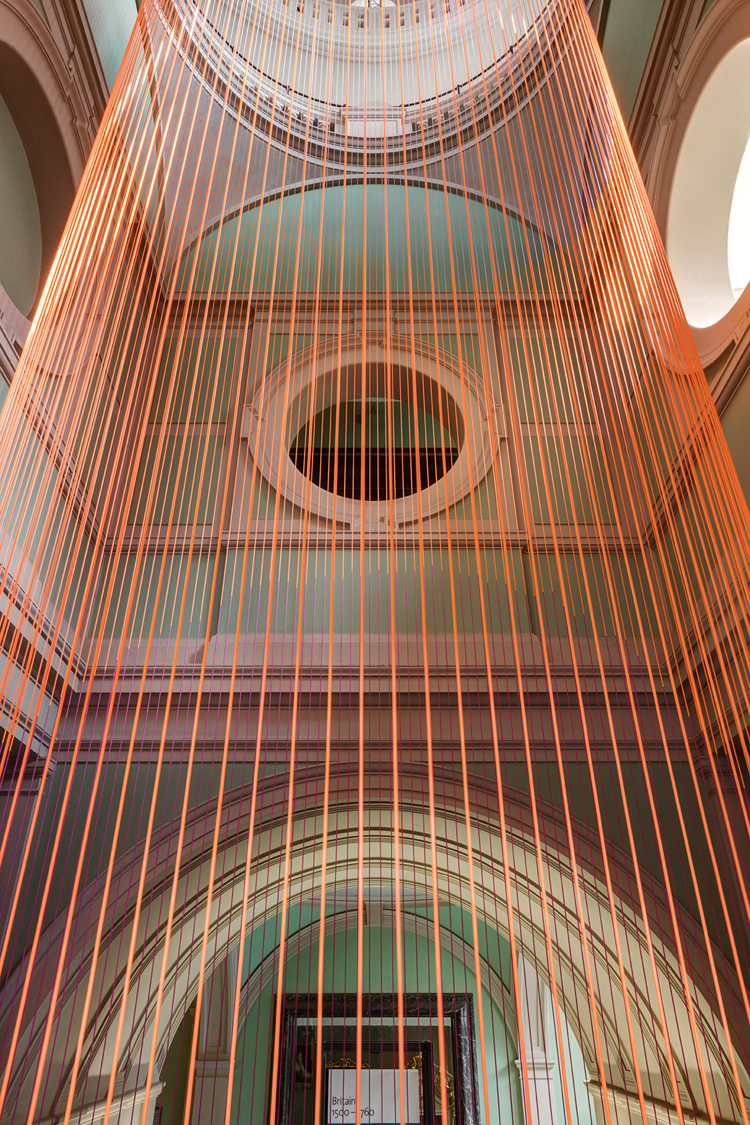 Like much of Glithero’s work, the Green Room installation explores the theme of time making the collaboration with Panerai all the more pertinent. “It feels very in tune with the building,” says Simpson of the all-encompassing work. “Museums are all about our perceptions of time. The artefacts speak of other time periods and transport you there or make those periods of time tangible. So thinking about the work as a time piece within the building seemed like a very logical idea.” 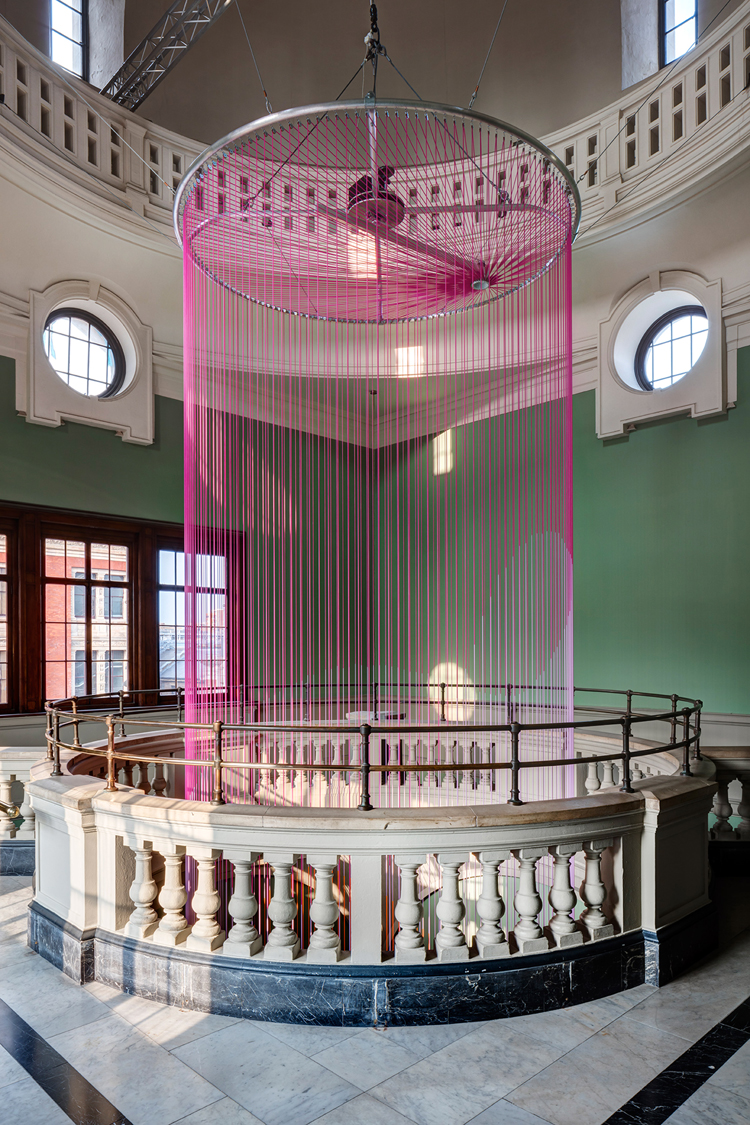