Swiss studio Bureau A has created this temporary inflatable nightclub to host the annual party of the Swiss Architects Federation. Inspired by the shape of underground shelters, the structure is a small club with a bar and a dancefloor. The structure and the furniture is entirely made of black PVC membrane. When the party is over, the installation is quickly deflated and transported to the next location. 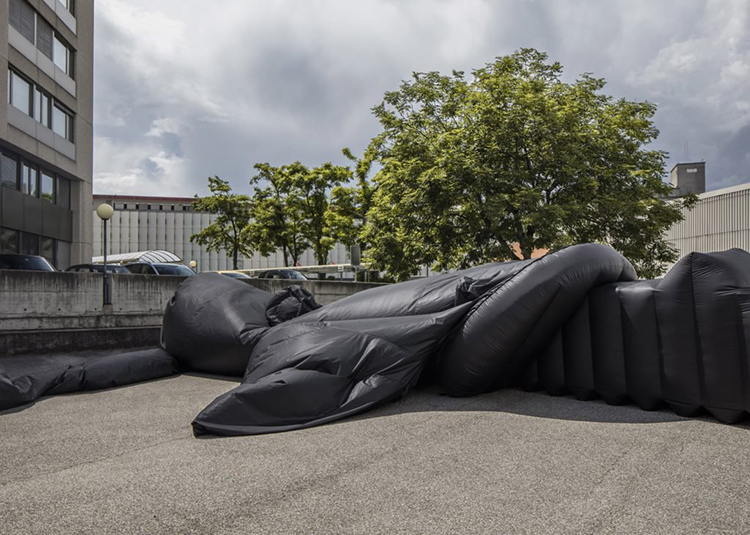 For this temporary installation, Bureau A researched the underground, where architecture searches for new territories under the skin of the earth. Bachelard woke up the right to the unconscious spatial exploration of the underground through the figure of the cellar. Virilio unveiled the potential of semi-buried architectures in his Bunker Archeology. Colomine brought up to light the hidden architectures and psychotic strategies of the American society during the Second World War in her book Domesticity at War. 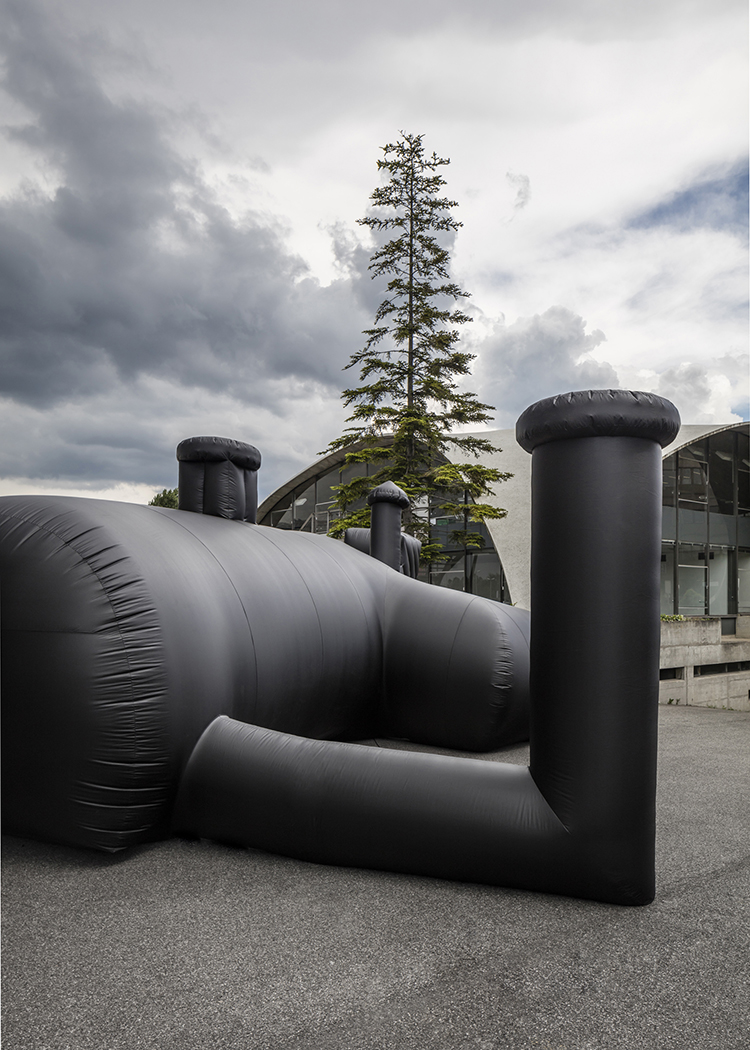 The underground fascinates and completes the hygienic and panoptical world of the over-ground. For one night, the black hole of a neat and well organized society is revealed as a potential for distortion, a potential of let-go and provoke, with a slight smile, the unsaid and the sweat. The mysterious black vessel lands in the modern space of a highly engendered concrete vault; a great spatial condition to explore the corners of what is hidden. 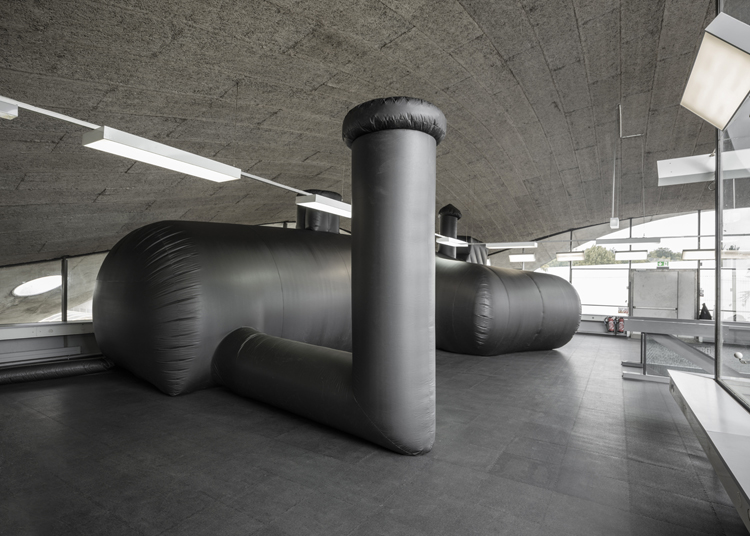 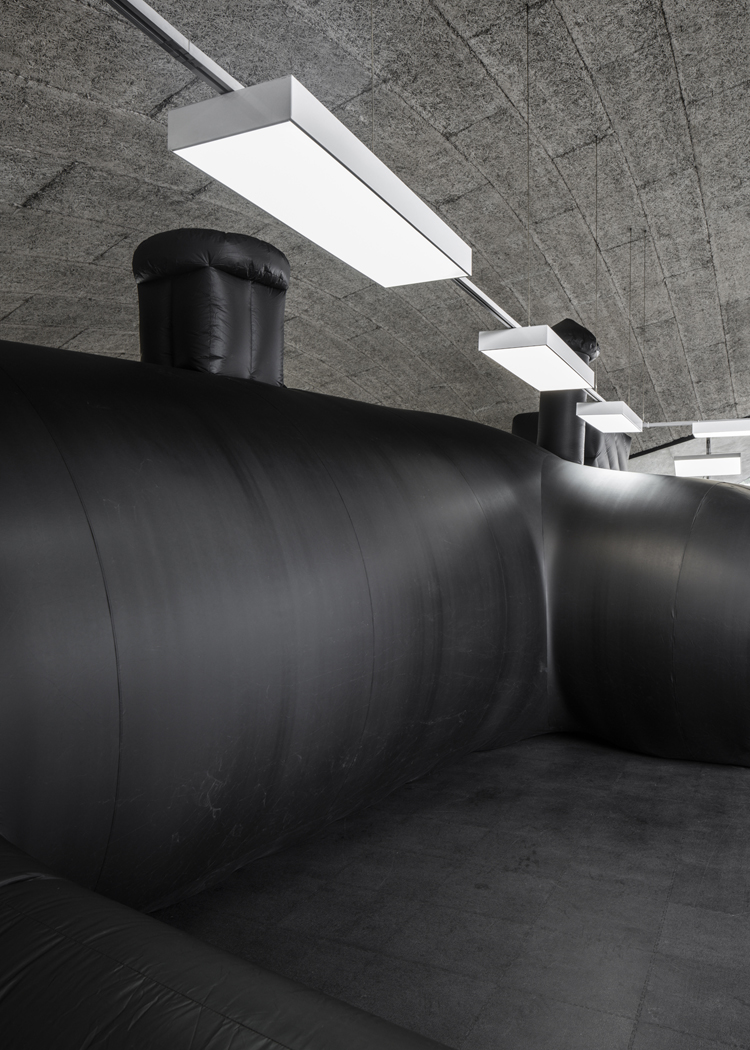 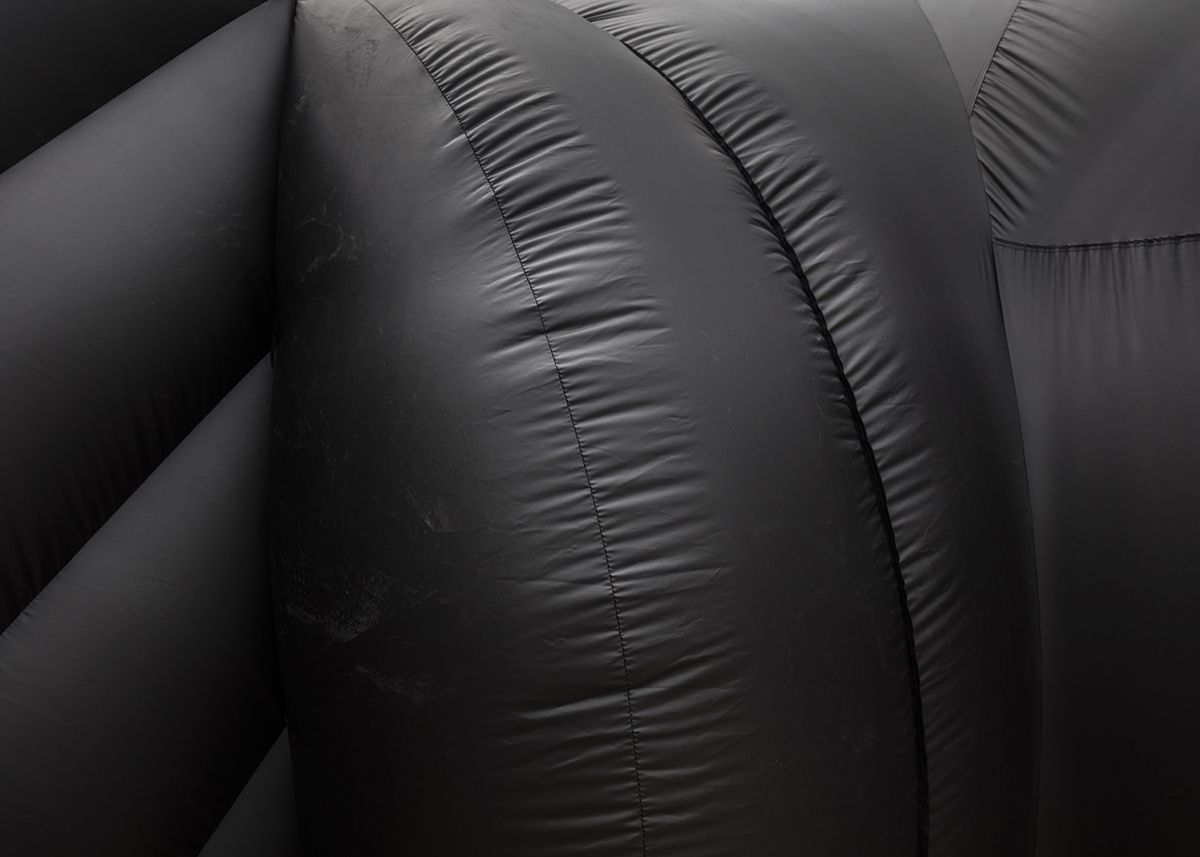 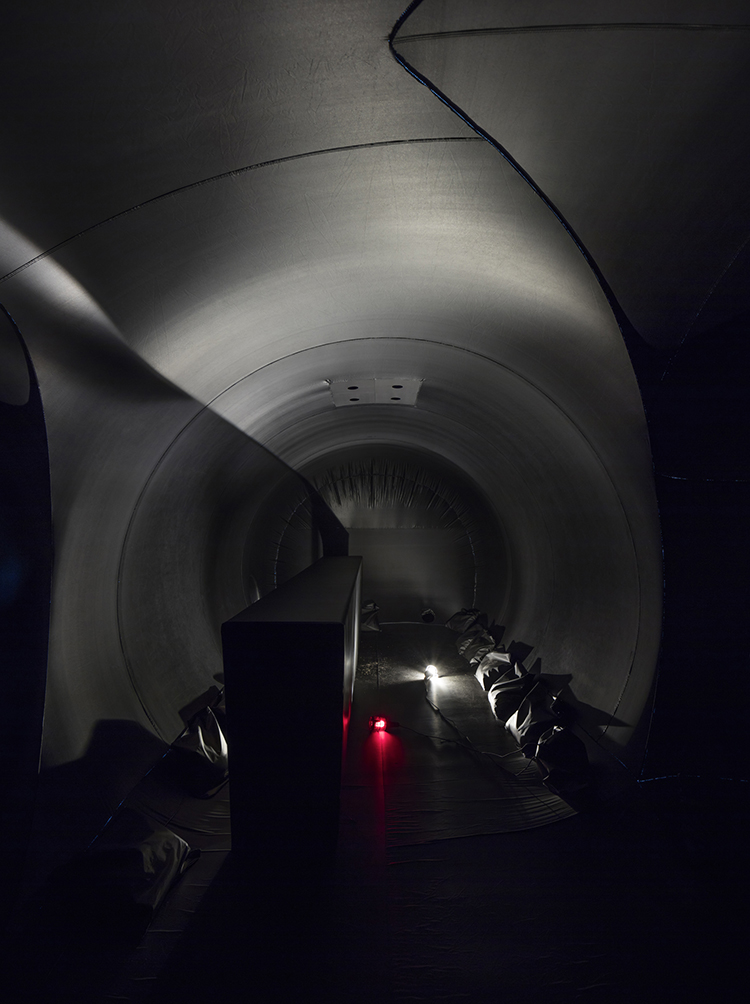 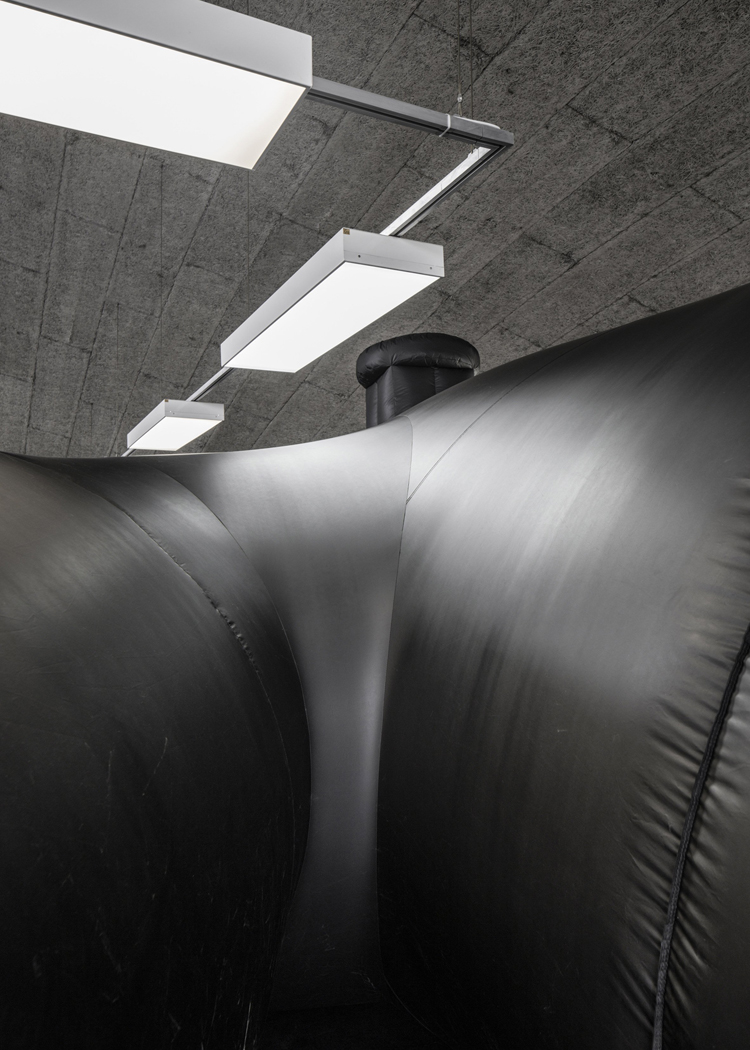