As part of the NODE festival, Swiss artist Zimoun — known for his works that bring together sound art and spatial architecture — has unveiled his first solo exhibition in Italy.

The exhibit, curated by Filippo Aldovini, is organised and produced by the Galleria Civica di Modena and the Fondazione Cassa di Risparmio di Modena in collaboration with the Associazione Lemniscata and fuse. The exhibition occupies the five rooms of the Palazzina dei Giardini in Modena, each of which feature a kinetic installation built with simple materials – cardboard boxes, cotton spheres, metal cables, wood – and equipped with mechanical systems that generate sounds and noises. Complex living organisms capable of inhabiting the space in which they are displayed via a subtle yet never banal relationship between sound and the surrounding environment. 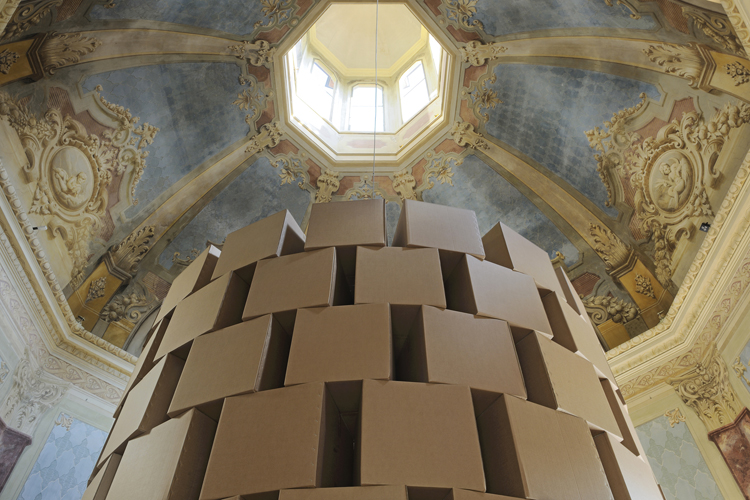 Using common industrially produced objects and minimalist constructions, Zimoun explores mechanical rhythms and the tension between the well-ordered models of Modernism and the chaotic force of life. His works bring together the skills of the engineer, the architect, the craftsman, the researcher, the arranger and the orchestral conductor. An autodidact, obsessed by the simplicity of objects and the movements and sounds generated by them, he stoically continues to oppose the dictatorship of new media and technology, reminding us of how the artist may transform the perception of our surroundings. 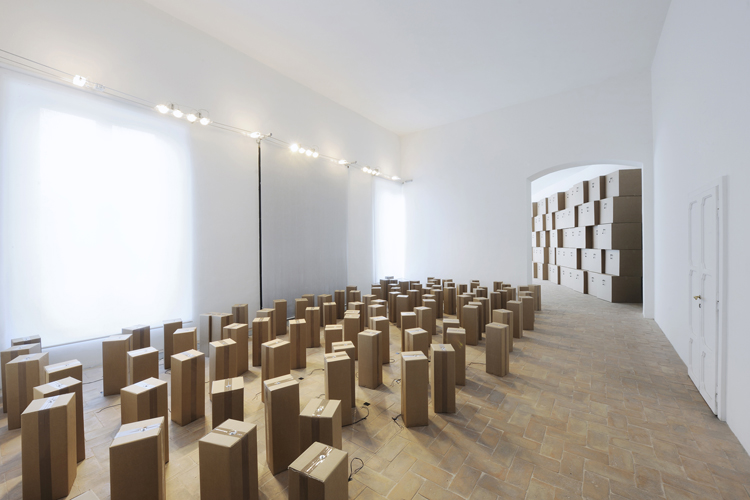 Through the deliberate use of titles that describe his works simply as a list of the materials and mechanical components adopted, Zimoun’s sound sculptures call on observers to make a further imaginative effort, making him an active participant in the completion of the work itself. “In my works, you listen to what you see. Hence, the relationship between materials, movement and sound is clear and essential,” says Zimoun. 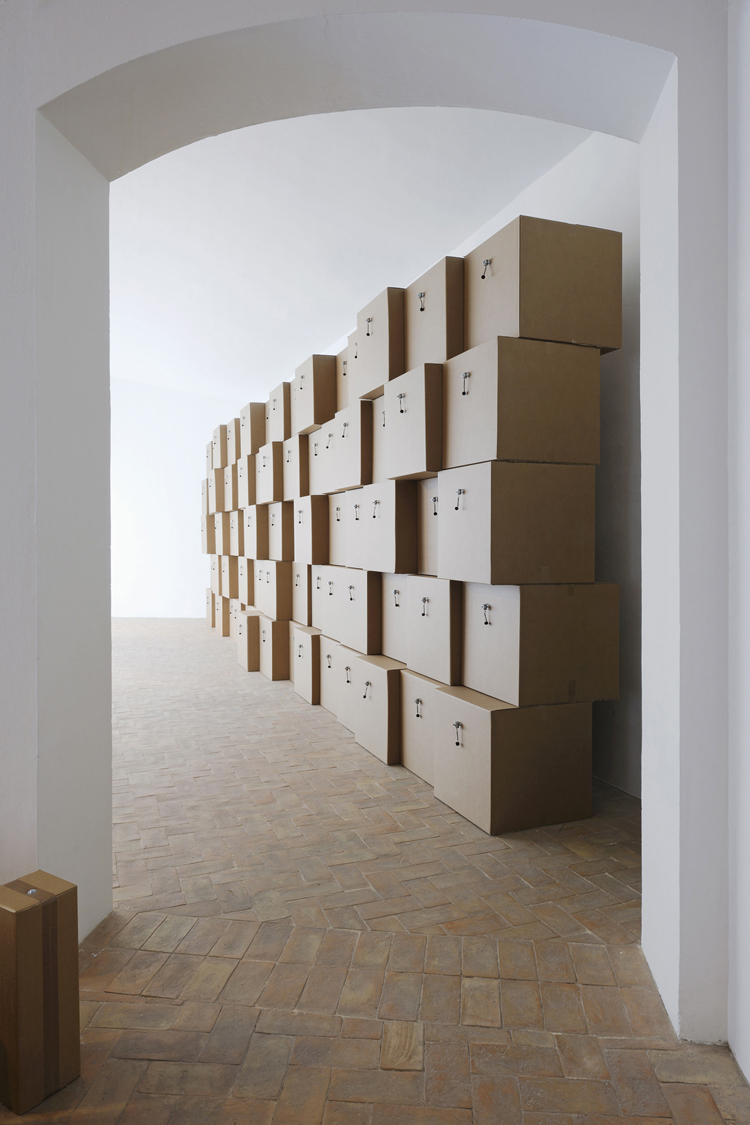 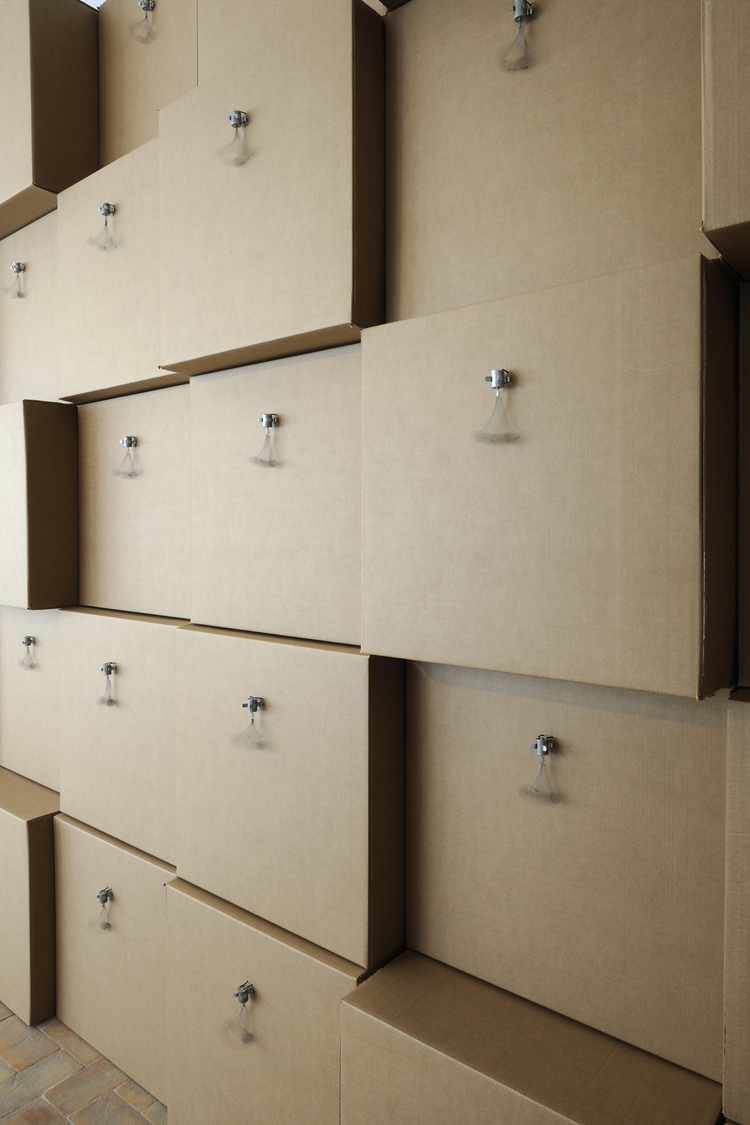 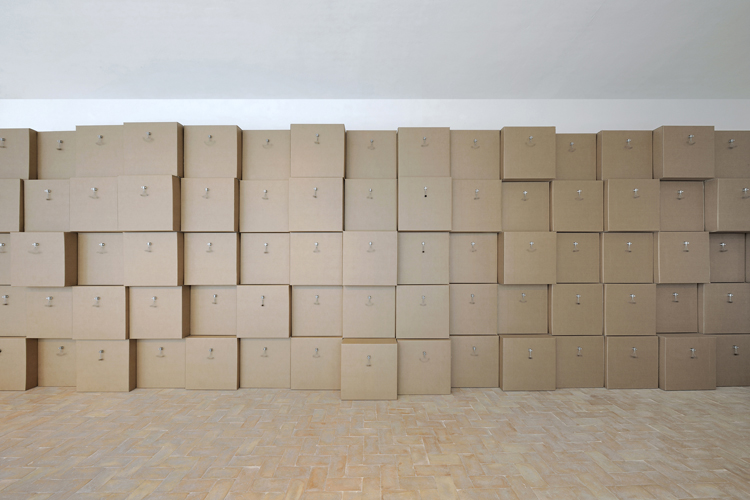 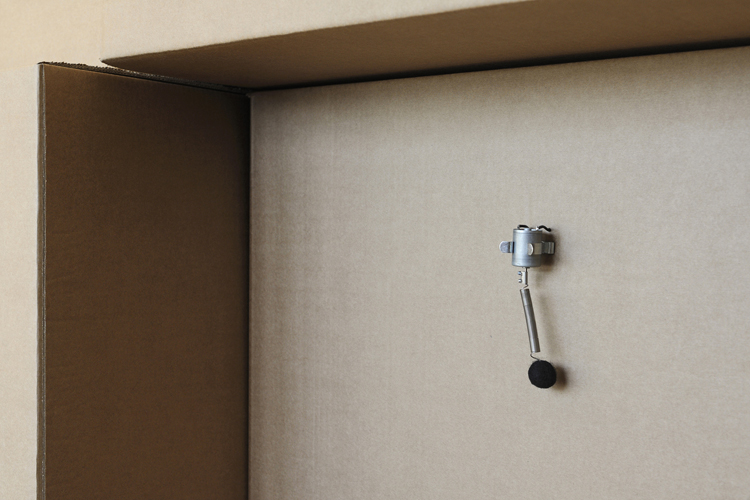 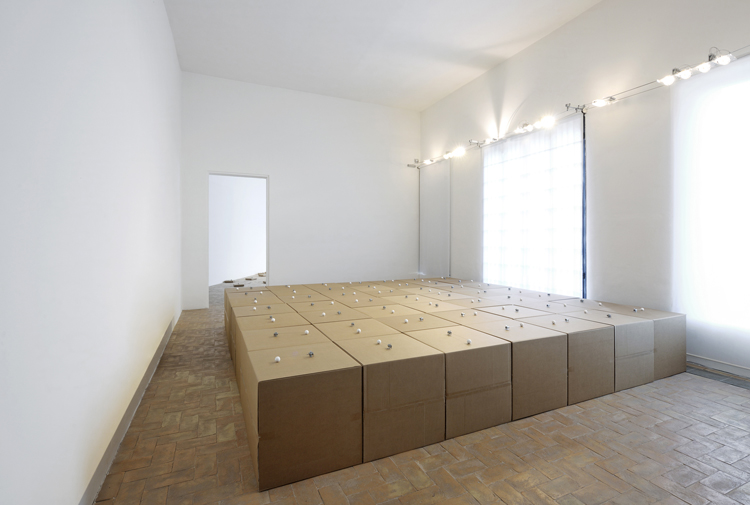 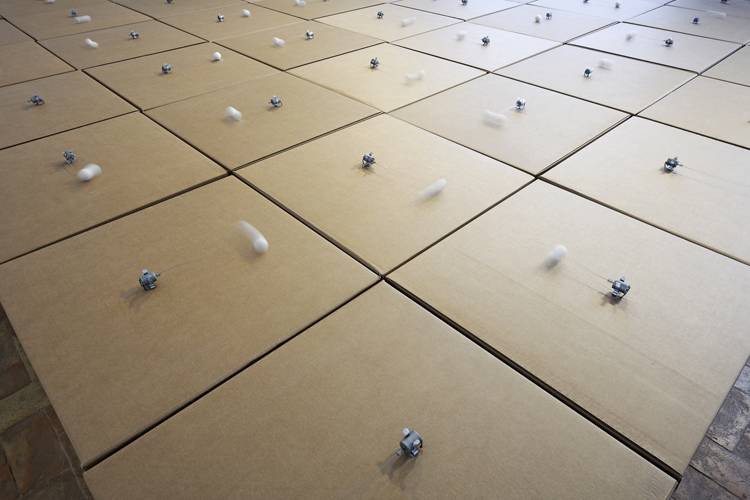 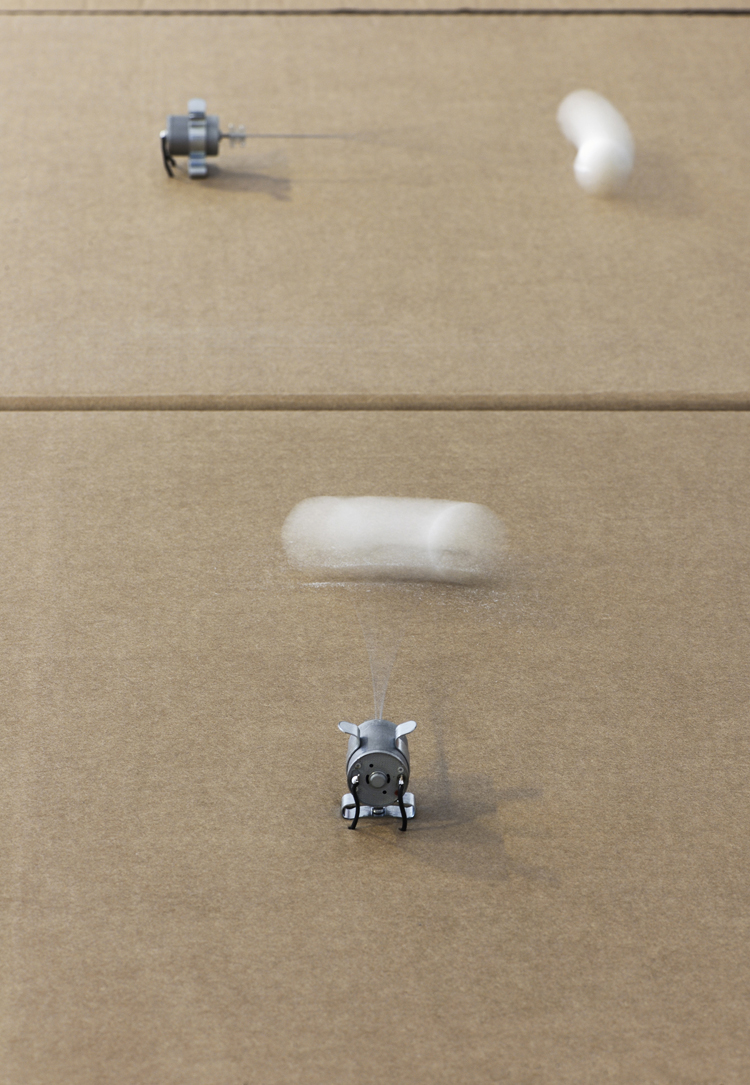 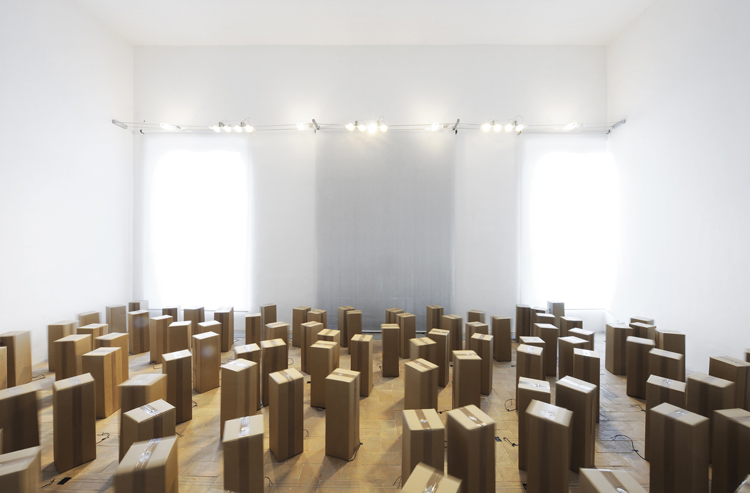 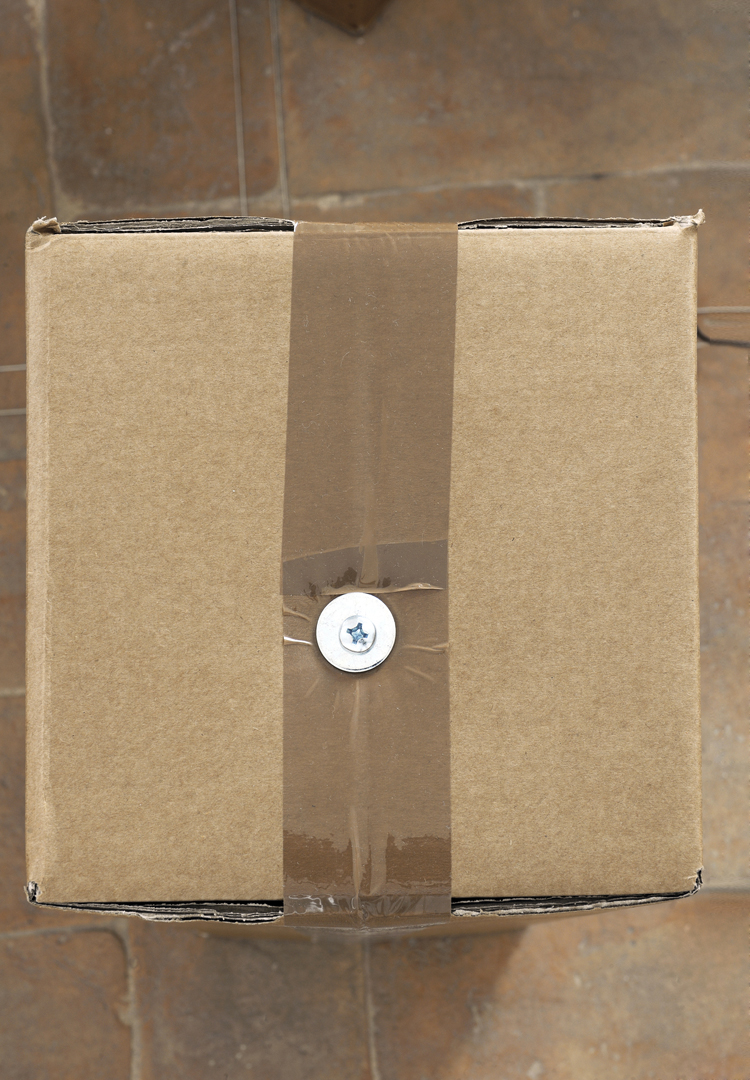 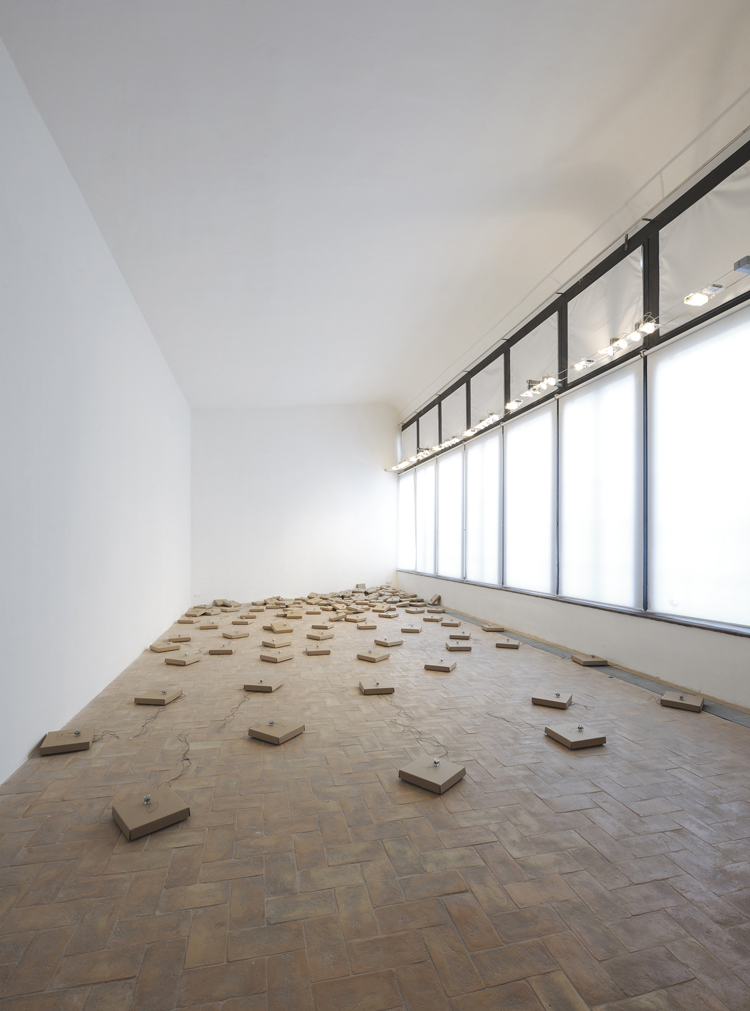 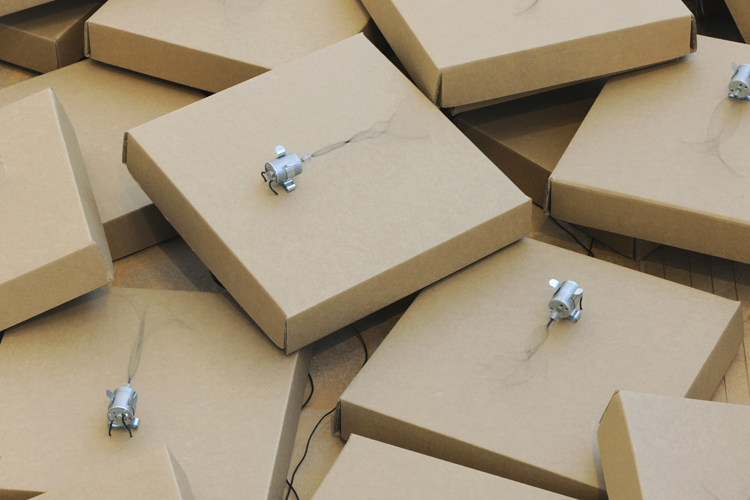 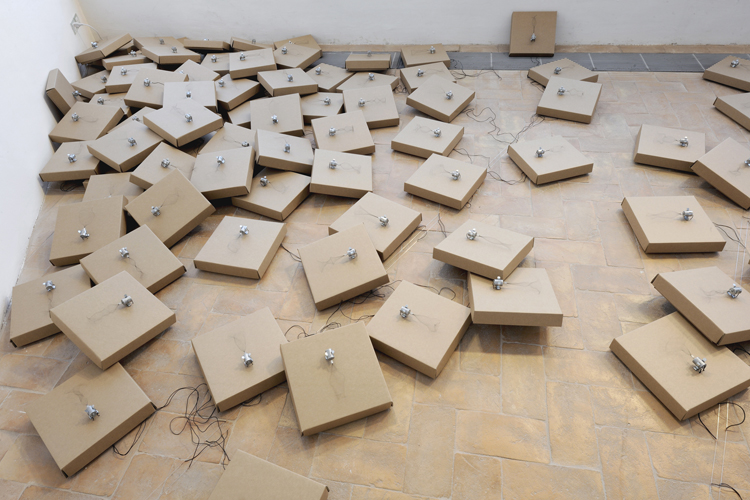 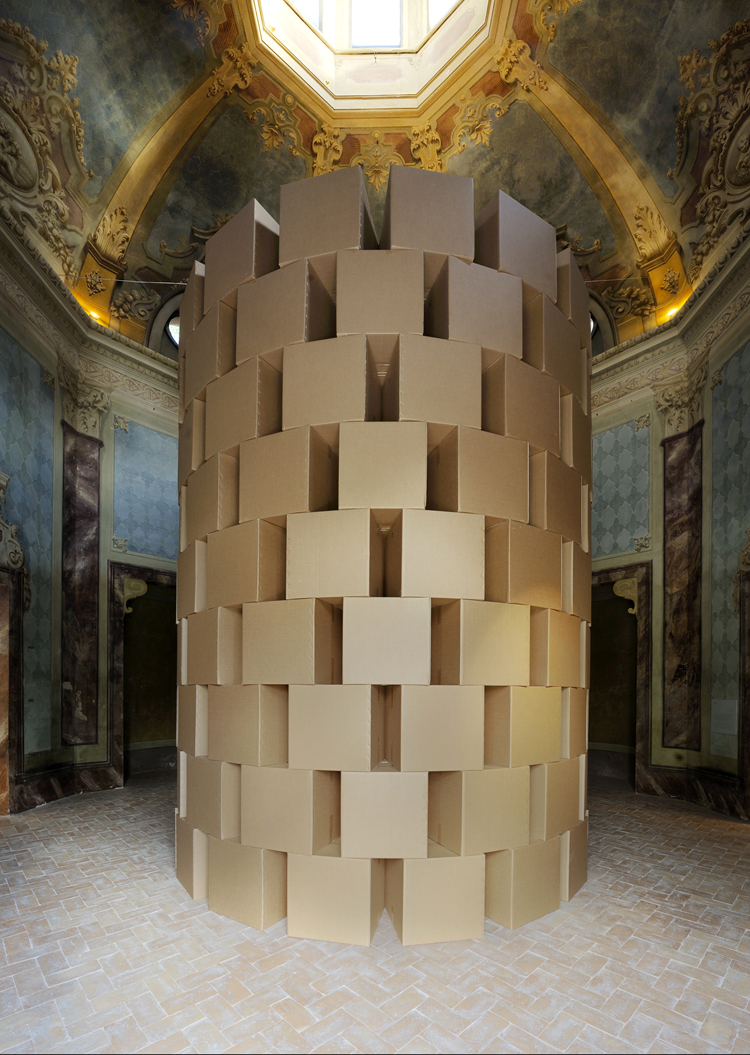 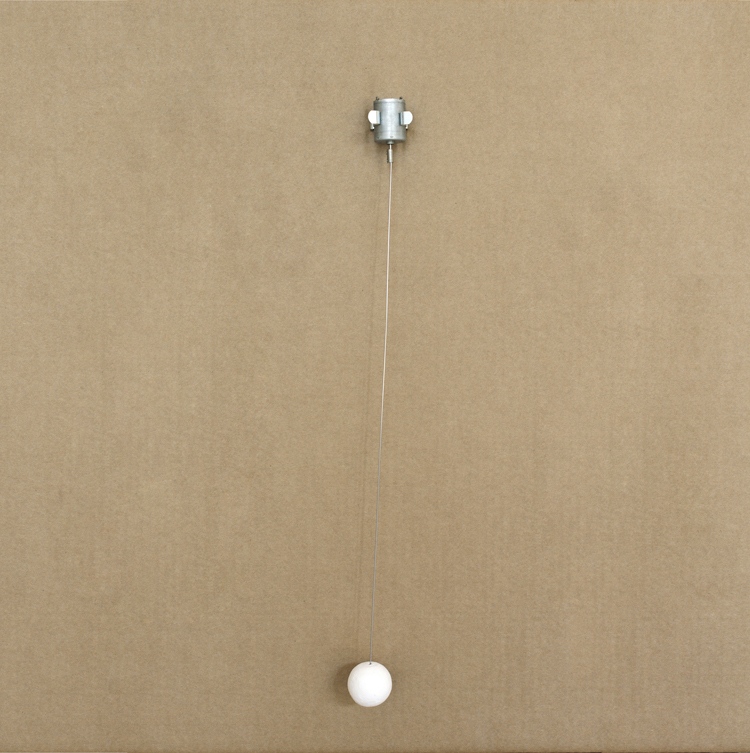 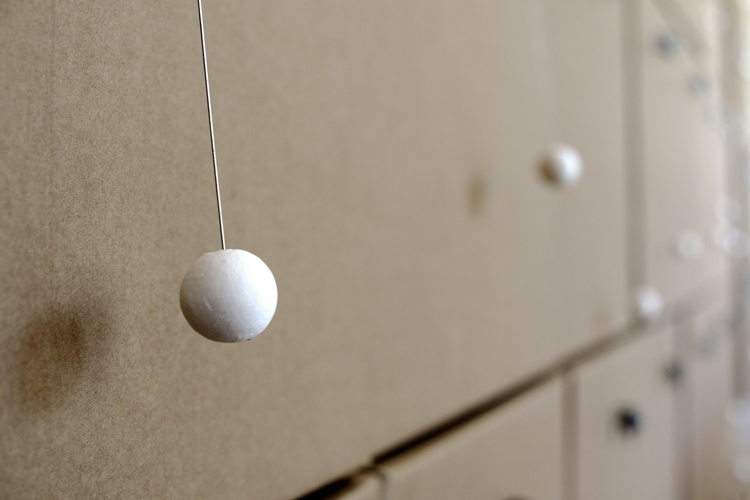 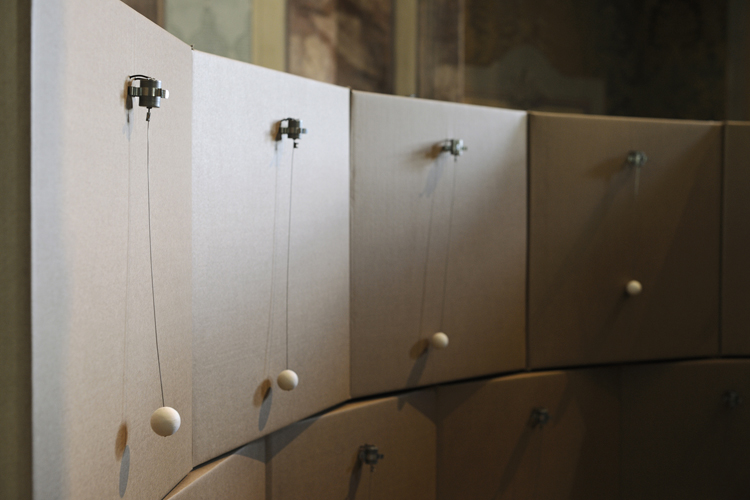 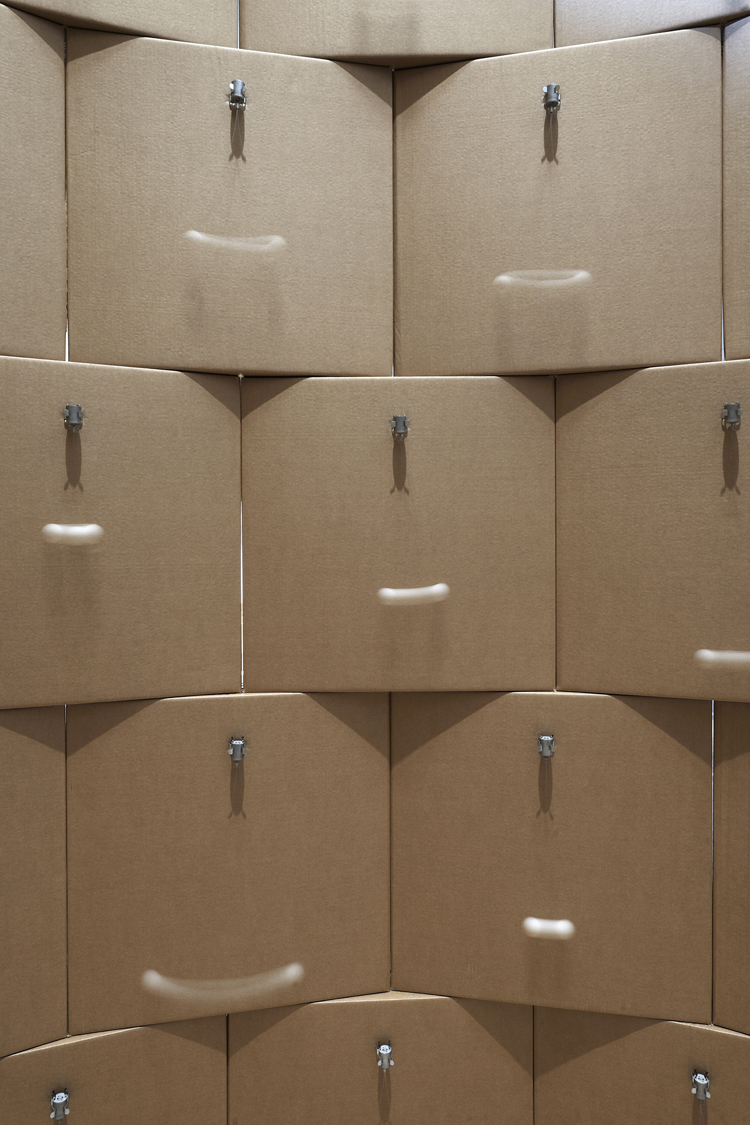